For the last three days, I have taken you with me along Rampart Row, enjoying the various art installations on display. While those are my main attractions during the festival, for my son, it is the workshops and the activities that encourage him to join me, year after year. 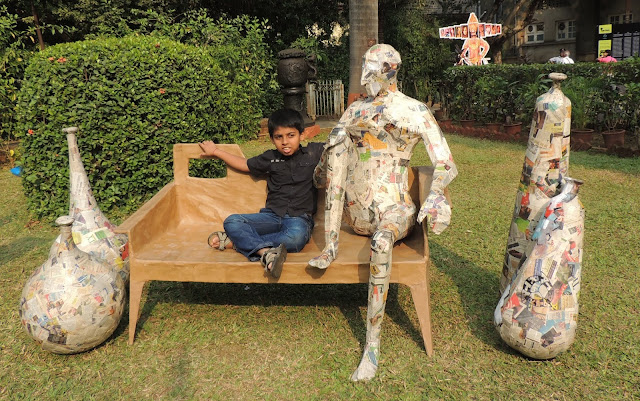 I will, therefore leave it to him to tell you his version of KGAF 2013...in his own words... on his own blog. Please click on the link below to read his post...


And please do leave a comment with your thoughts. Nothing encourages children more than genuine conversation based on their observations. 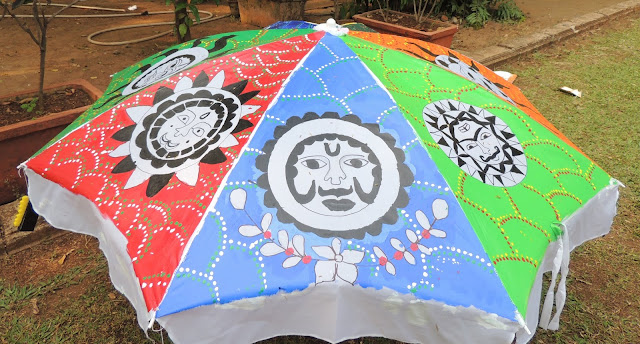 Meanwhile, a few thoughts of my own.... the two workshops we attended were very well conducted. The team from Tinkle were obviously perfectly tuned to the kids, and they had them hanging on to every word! 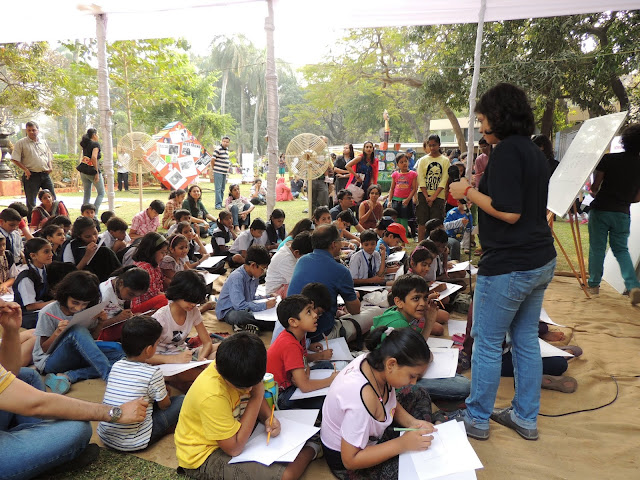 Arzan Khambata is known for conducting sculpture workshops for kids, not an easy task, and he too had a great rapport with them, calmly and patiently encouraging them to make the most in the time they had. I especially loved the way he had an encouraging word for every child who came up to him.... as he said right in the beginning –

“There is no right way or wrong way. There is only your way, and that is the right way for you!”

The only problem, if I can call it that, was with the crowd. In recent years, the festival has been attracting so much publicity, and considering that there are few festivals of this calibre, it has been drawing huge crowds. This is bad enough at Rampart Row, with scarcely enough space to enjoy the installations, but with the number of children who turn up for the events, things get really tough. Both these workshops were packed, and the registration concept half an hour before the programme doesn’t really work since there are always too many kids, who turn back disappointed. The Tinkle workshop, for example, was filled, even before the mandatory half an hour. However, the team were helpful, and allowed more kids to attend, handing them a pencil and paper. The same happened with Arzan Khambata too, who hurriedly arranged for more sheets, and then, when even that wasn’t enough, tore up the sheets into halves to give all the kids who had assembled! 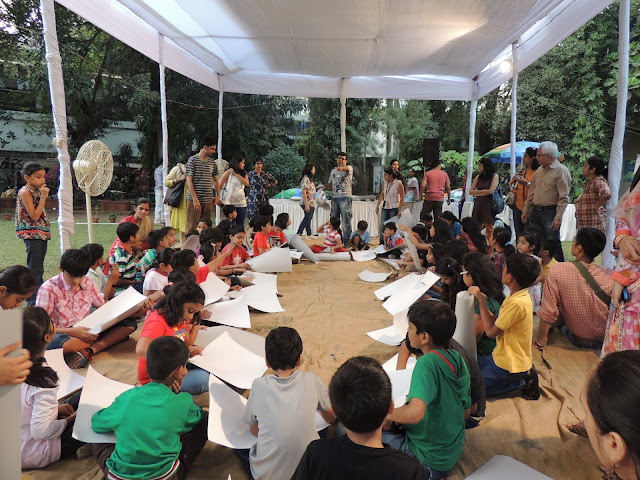 This year, the festival was better organised, with more venues added and events being spread out. However, that also meant that we lost out on attending a number of events, since they were all held simultaneously.... but the crowd issue wasn’t resolved. 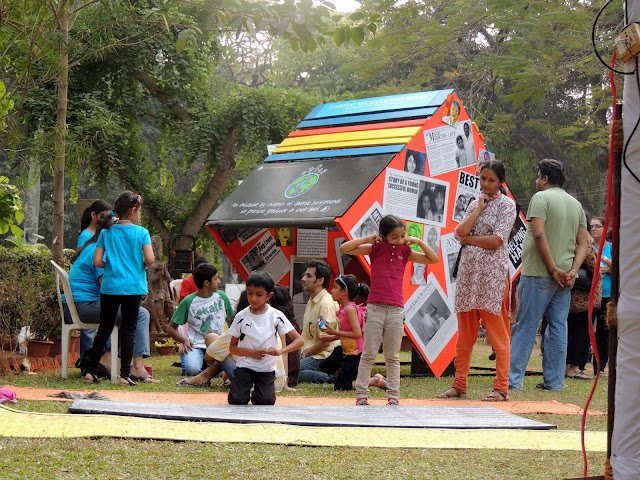 I am not an expert on such organisational matters, but it would greatly help to have events repeated so we all get a chance to attend more.... and also similar events held at different venues so the crowd actually gets spread out... for instance, all the craft events are held at the museum implies that the kids remain at the museum and do not attend any other event, such as the plays or book readings. Of course, these are simply suggestions, and I am sure there are many of you out there who will have more, and maybe better suggestions. Please do leave your own suggestions as comments, and let’s hope together we can give the Kala Ghoda Association a few they can actually use!

Meanwhile, the festival is still on, so please go and attend... even though that means you will be adding to the crowd! And don’t forget to go, read Samhith’s post... and leave a comment too...