March 30, 2014
The twin spires of the church towering over the trees and the houses grab my attention, and my auto driver tells me it is the St. Philomena’s Church. “You have been in Mysore for a week and haven’t seen it yet?” he exclaims, and proceeds to rectify my grave error in not paying a visit to this landmark of Mysore. 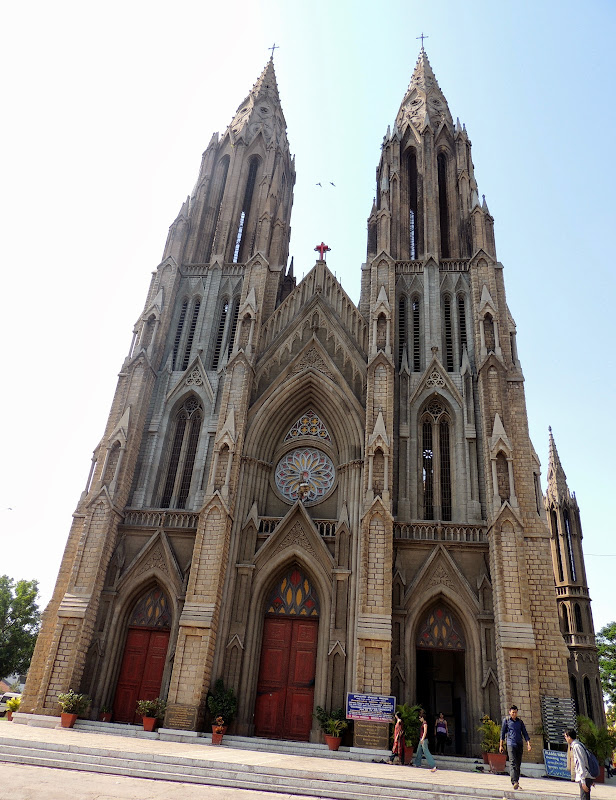 “Don’t miss the crypt” he insists, as he drops me outside, and later, after parking his vehicle, follows me to make sure I have seen all there is to see. It is evident that he is proud of this church, and, as I soon realize, he has due reason to be. 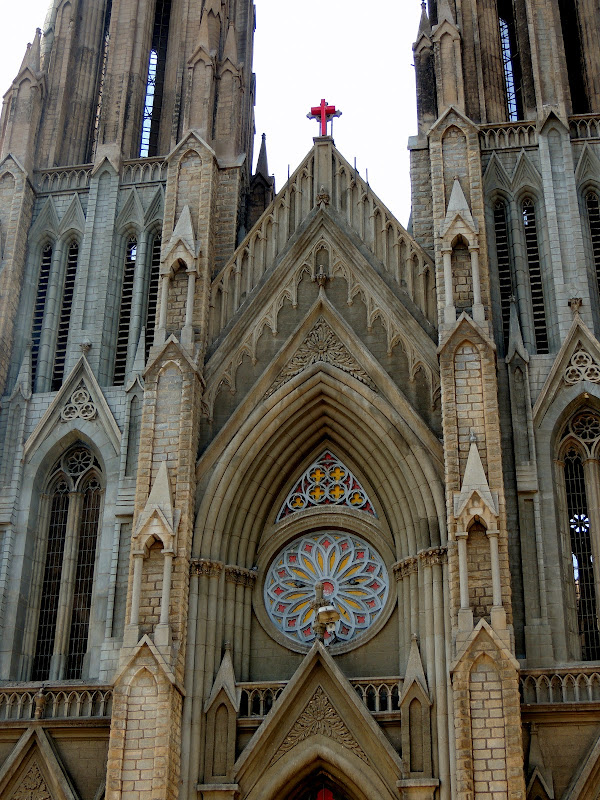 The St. Philomena’s Church is one of the largest churches in India, and it was first built in 1843 to serve the British officers stationed at Mysore and Srirangapatna. That was a simple, wooden structure, which lasted over a century, before plans were laid down for a new, majestic structure in 1933. The present church, completed in 1936, was designed by the French architect, Daly, in the Neo Gothic style, and is modelled after the Cologne Cathedral in Germany. 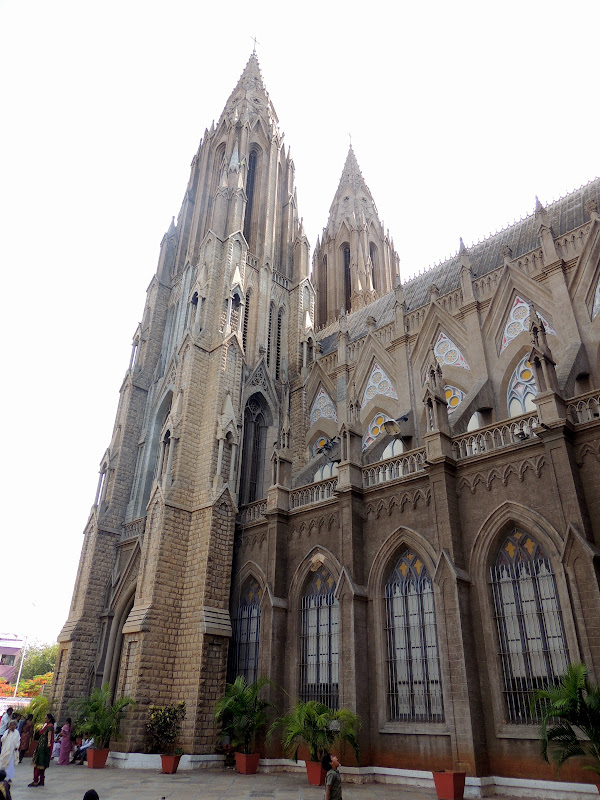 The church is dedicated to St. Philomena, a Grecian Princess who was martyred in the 4th century. It is said that she was the daughter of a Greek monarch, born after much prayer. As a child, she was very pious, and showed signs of greatness. When she was 13, her parents took her to Rome to obtain the favour of the Emperor, who, as it turned out, was enamoured by her beauty and wished to marry her. She refused, choosing instead to dedicate herself to God. As a result, she was imprisoned, tortured, and eventually, beheaded, in Rome. Her relics were found centuries later in one of the Roman catacombs, and, in 1926, Thamboo Chetty, the secretary of the Maharaja of Mysore, obtained one of these relics to house in the church by her name. 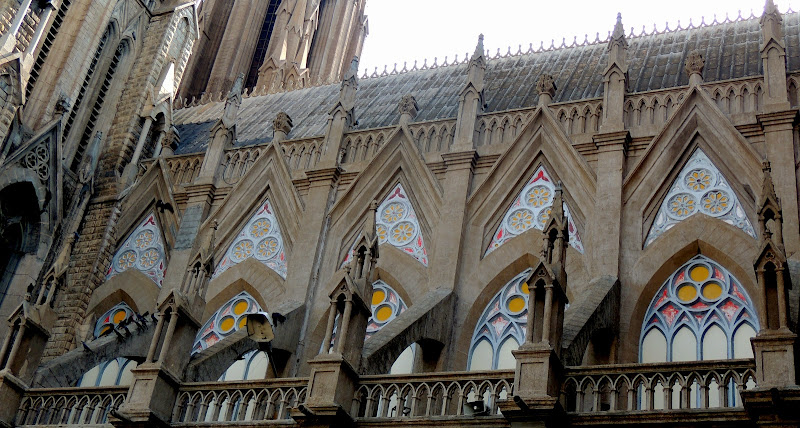 Inside the church is the altar with a statue of the saint, and an idol of Christ. Above the altar are beautiful stained glass windows from France, depicting stories from the Bible.  Near the altar are steps which lead us to the crypt below, where the relics of the saint are preserved. Walking into the crypt is an eerie experience, but a memorable one. The casket containing the relics seems to exude its aura, enveloping visitors, believers and non-believers alike. The names of the thousands whose remains lie interred all around, seem to call out their stories. I find myself wondering who they were, and what stories they could tell me, if only I could find a way to listen to them. 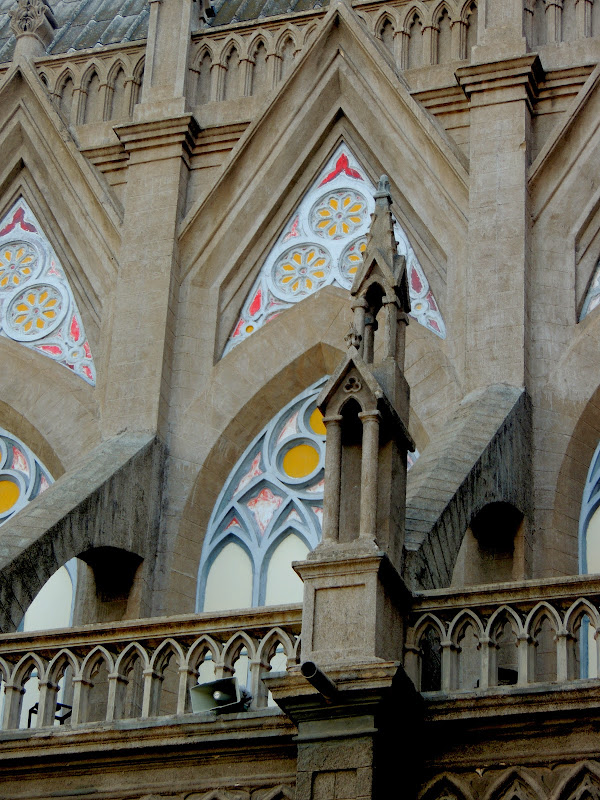 Emerging from the crypt into the sunshine, I take a deep breath, and strain to look up at the high turrets of the church. The sun glints over the stone and the glass, and I am happy I made this detour.

It is an interesting church indeed – dedicated to a Greek saint, built by a French architect, for the British soldiers, in the German style, paid for by a Hindu king!