Namchi, Sikkim - Of two statues, temples and some thoughts 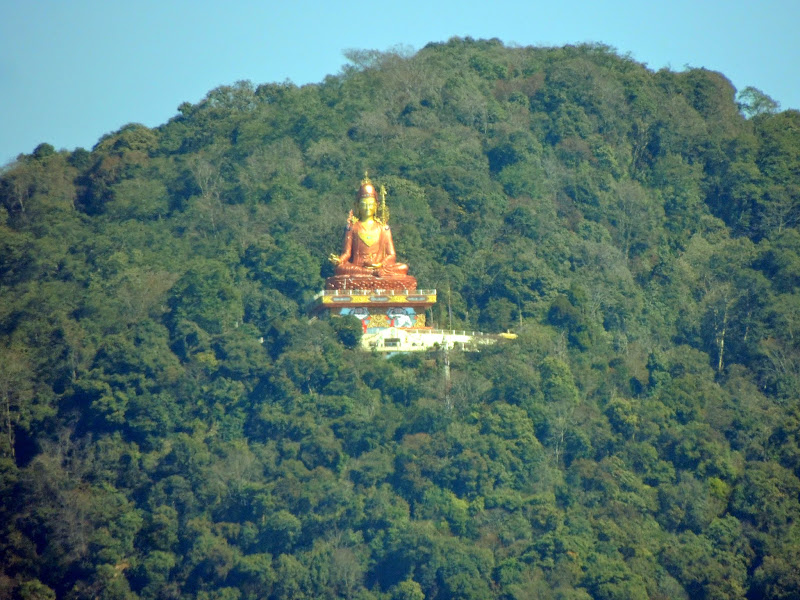 A huge statue is visible on the mountain as our car makes its way along the winding roads. We ask what it is and our driver replies “Oh, that is the Padmasambhava Statue. We shall be going there.” Soon, the curves hide the statue from our eyes, and we make our way to a temple complex, over which towers a massive statue of Shiva. 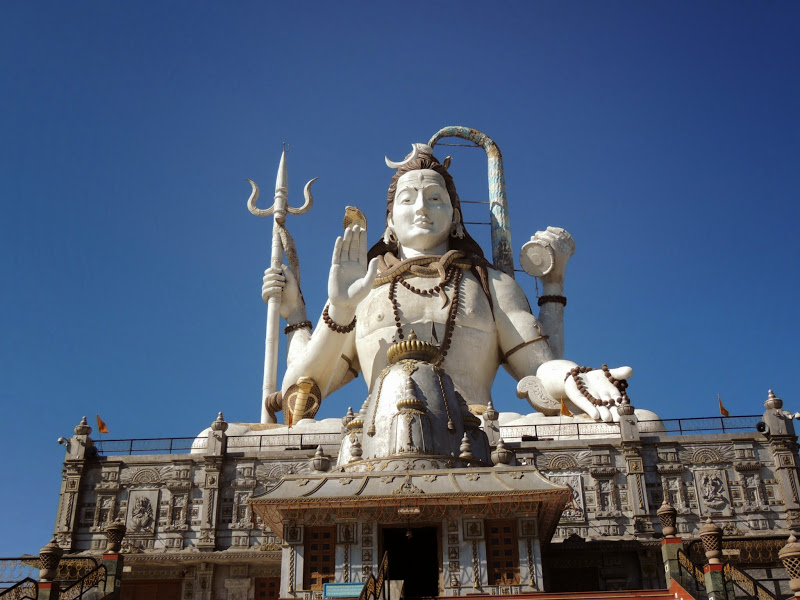 “Amma, this looks like the one in Murdeshwar!” pipes up Samhith, and he is right. They aren’t exactly the same, but idea is similar. Murudeshwar is on the west coast, and we are now in the north-east, at Namchi in Sikkim, but it is evident that sculptors and temple builders across the country have the same ideas! 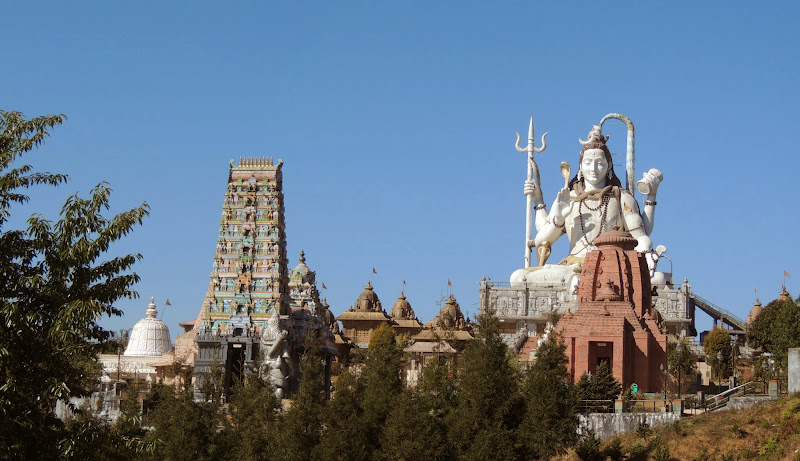 The Siddheshwar Dham is touted as a unique pilgrimage centre, one that brings together some of the most important Hindu temples in one place. To begin with, there are the Char Dham, 4 of the holiest places of pilgrimage – Badrinath, Dwarka, Rameshwaram and Puri. Then, there are the 12 Jyotirlings, the huge Shiva statue I mentioned earlier, with a temple under it, and finally, a Sai temple. That brings the total to about 18 shrines here. 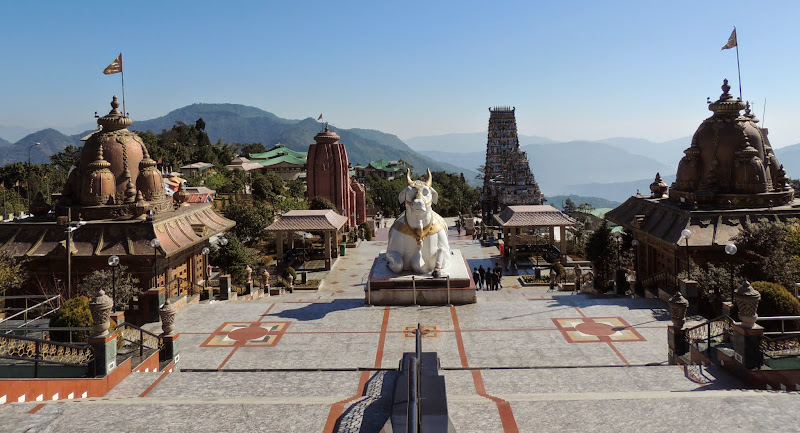 On the opposite hill is visible the huge statue of Padmasambhava we had seen earlier, and that is our next stop. This is said to be the biggest statue of the patron saint of Sikkim, and under it is a monastery, which is remarkable for its peace and silence in spite of the tourist crowds which arrive here. Very interestingly, it is believed that this hill is actually a dormant volcano, and that the Buddhist monks have offered prayers here for centuries to keep the volcano from erupting! 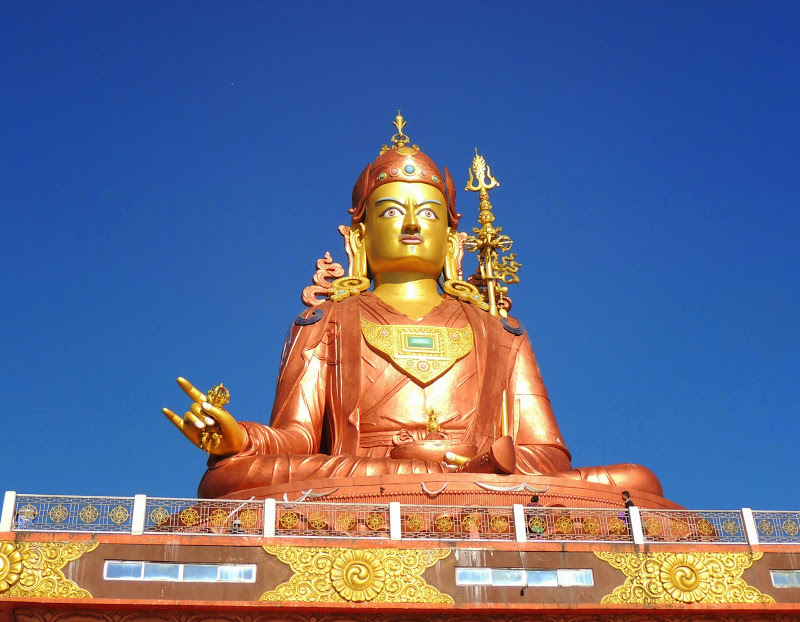 The landscape, as seen from the viewing gallery at the statue is beautiful, and as I stand there, people clicking photos all around me, I try to see if the Shiva statue is visible from here. And it is. And it makes me wonder – why, of all places, was this one chosen to build two such immense statues? Is there some kind of competition? Is this an attempt to make up for the lack of ancient temples in this region? 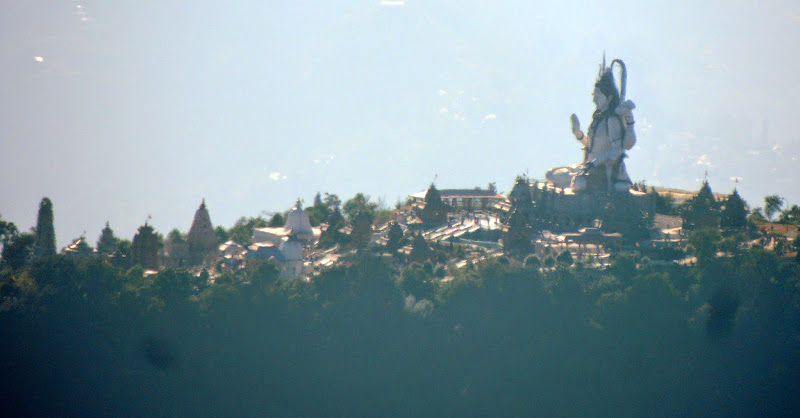 Among the two, I must say, the Padmasambhava statue and monastery were more interesting to me. I am not too fond of huge structures, which is why the size didn’t impress me. What did, was the depiction, and the sense of belonging. It just felt right, if you know what I mean.

Besides, Samhith, for once, managed to talk to one of the young monks about his own age, and the personal interaction only added to the charm of the monastery. 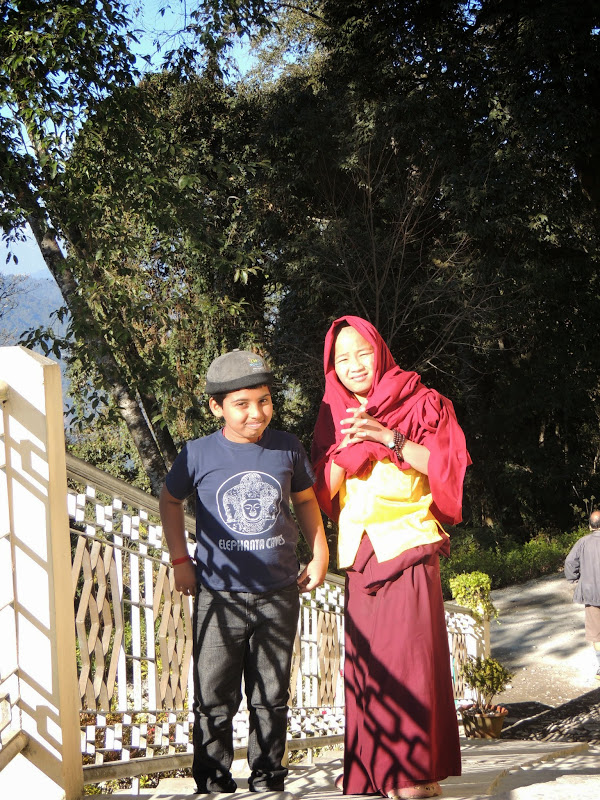 This is what we missed at the Siddheshwar Dham, the sense of belonging, of feeling right. The temples, at least to me, felt out of place, mere decorations rather than the sacred sites they are meant to be. Maybe it was because I have already visited the original of these shrines (well, all except Puri). Or maybe it has something to do with the fact that I am inherently against building new temples in a country already full of ancient ones which need proper repair and maintenance.

As we turned back, the one thing that remained with me was the thought of these two massive statues, almost facing each other, looking down at the city. There are lots of similarities between them – the sitting posture, the trident both have in their hands, the expression, the elongated ears with earrings. In some ways Padmasambhava appears to have attributes of other Hindu Gods too…. The Vajra of Indra, the lotus of Brahma, the concept of reincarnation like Vishnu, to name but a few. Hinduism must have been prevalent in the area long before Buddhism made its mark. Today, there are hardly any temples here, and Buddhist monasteries wherever you go. Is the Siddheshwar Dham, in the eyes of the locals, a way to reclaim their Hindu past? I wonder what these two deities looking at all this, think about it!