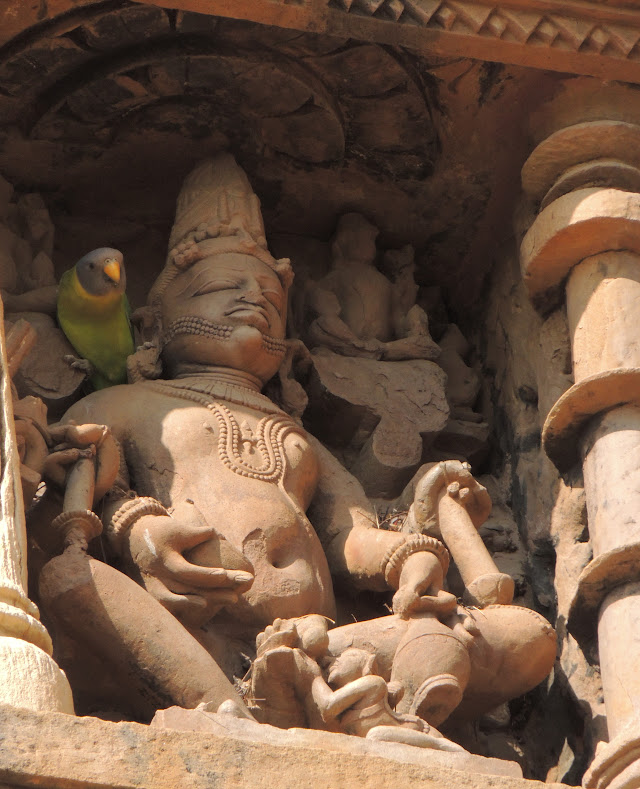 The Kandariya Mahadev is one of the most impressive temples at Khajuraho, and it’s the details which make it so impressive. This particular figure is of Agni, the God of Fire. Here, though, he is one of the Ashta-Dikpalas, the guardians of the 8 directions. Agni guards the South-East, and it’s his placement on the South East wall of the temple, which allows us to identify him here. Notice the finer details, such as his beard…. 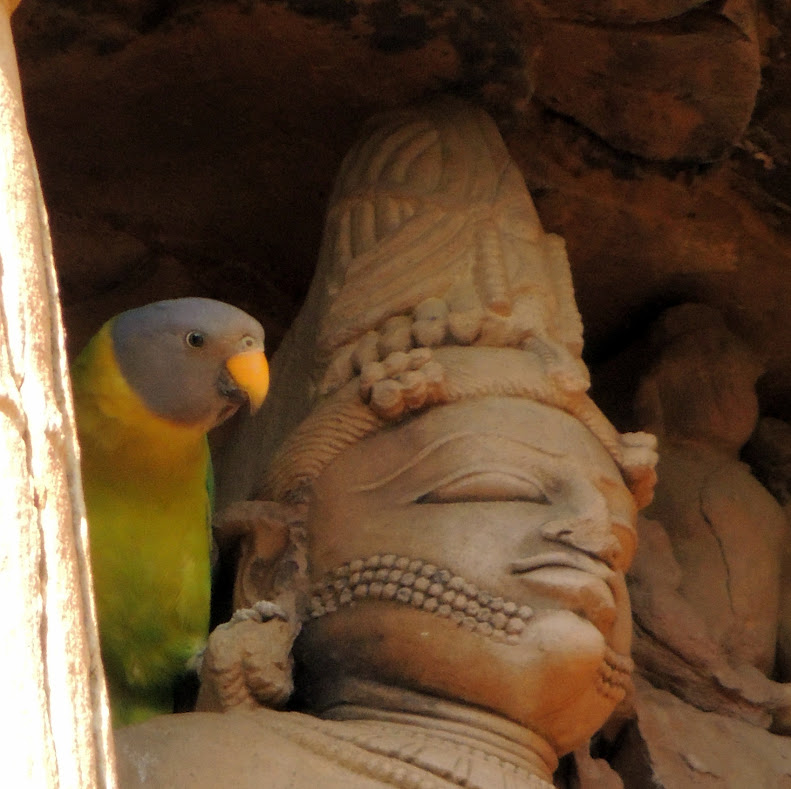 These photos are among my favourites; among the hundreds I clicked at Khajuraho, thanks to this female Plum-Headed Parakeet which chose Agni to be her perch!

Her mate was nearby, perched on one of the smaller Shikaras…. 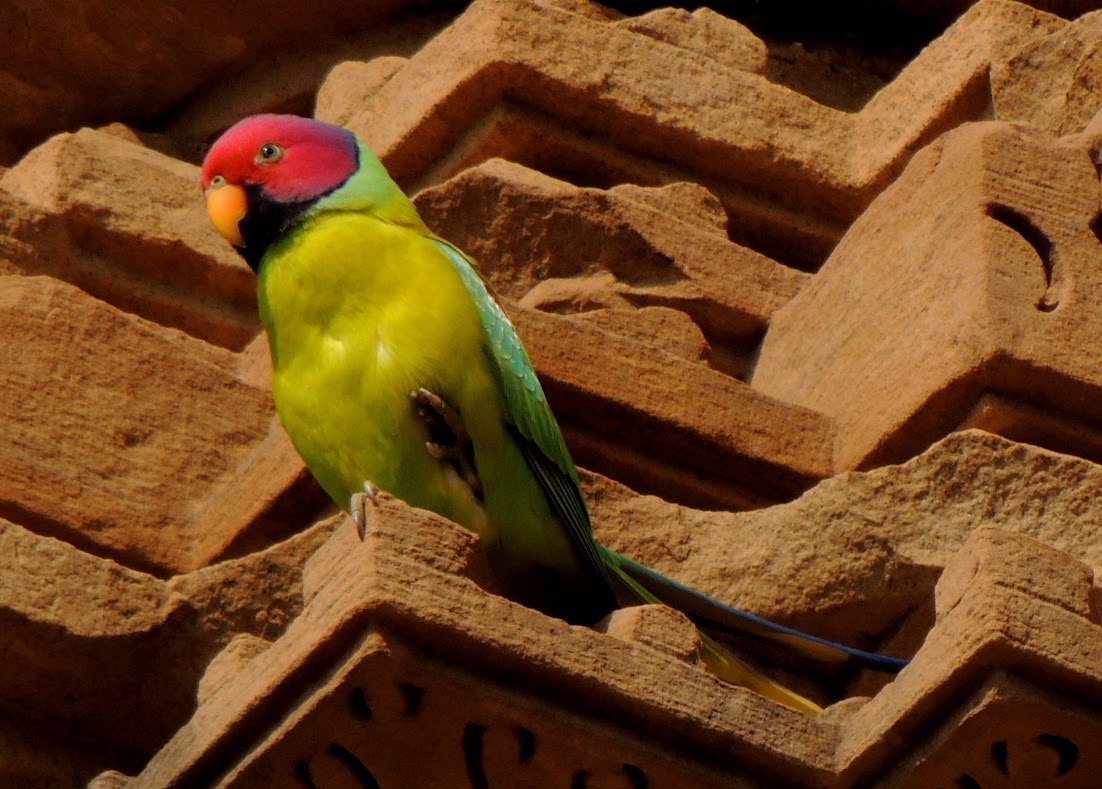 And they patiently posed for me as I went click-happy; thrilled by the sight of birds on a temple, a combination I am always thrilled to see!