A Hectic Weekend Part 1 - Earth Mela and a Reunion, after two decades!

April 27, 2010
As weekends go, this last one was probably among the most hectic ever. What with the Earth Mela and a school reunion on Saturday and a birding walk early on Sunday followed by a visit to an exhibition, this weekend gave us no time to relax, and I am facing a sleepy week ahead!
Earth Mela
We had been looking forward to the Earth Mela, but were able to start only after lunch. We reached late in the afternoon, and spent some time wandering around the different stall with eco-friendly stuff and admiring the Warli art put up by a group called 'Matsya'. The BNHS and the Sprouts' stalls also had some very interesting stuff, and we returned with our arms full! Samhith especially enjoyed just running around the place, and I must say, the Maharashtra Nature Park is indeed a great effort by the authorities… to convert a garbage dump into a nature park, the nearest one can come to a forest in a place like Bombay, is a fantastic effort. I must also commend the efforts of Sprouts Environment Trust, the organizers of the Earth Mela. They have done a fantastic job, and all I wish is that more people had turned up! Lots of people had told me that they would be visiting, at least for a while, but no one actually did! It’s a pity that such events see hardly any crowds, while malls are full and almost bursting to their seams! 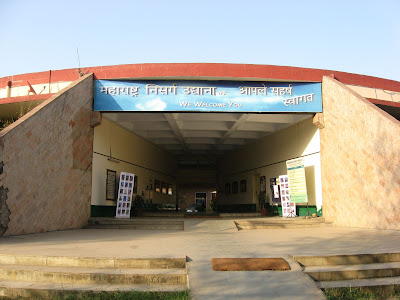 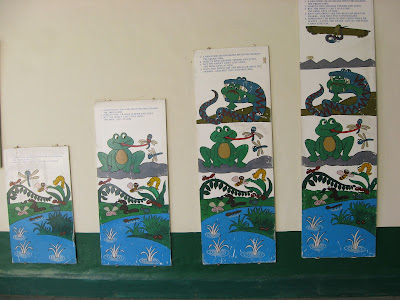 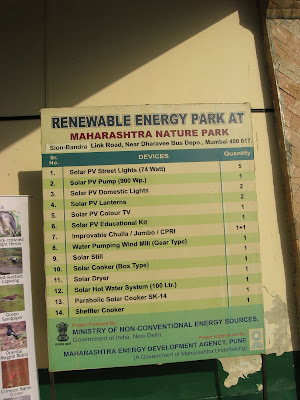 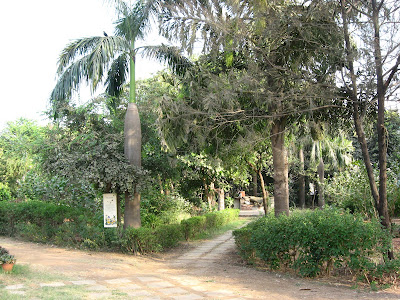 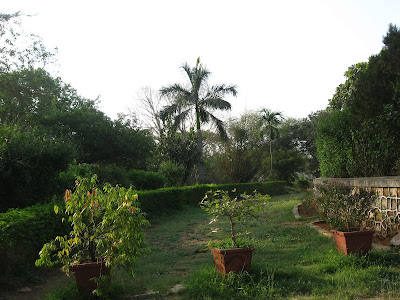 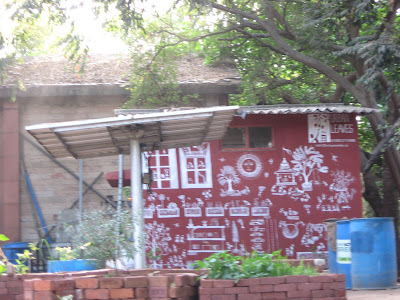 The photography exhibition put up at the Earth Mela fascinated Samhith for a while, especially since he recognized a few of the bird photographs, and we also happened to run into Aadesh, who told us that there was a bird walk planned for the very next day – the last chance of seeing waders this year…. of course, that immediately decided things for Samhith, who was all excited at the idea! 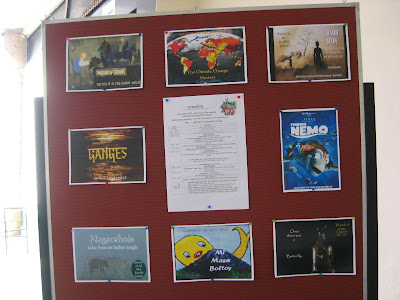 He was even more excited when he found that there were adventure sports for kids – something he really enjoys. Considering that I hadn’t allowed him to paint his face since we had to go elsewhere too, I did not have the heart to stop him from having some fun, and we headed over to the open ground for some rock climbing, and the like! 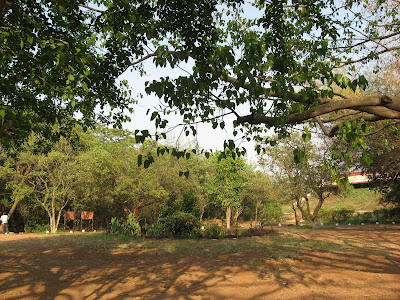 Once there, I shelved all my plans of seeing any of the films being shown in the audio visual room, since he enjoyed it so much that he wouldn’t leave till he had tried out every single thing, and we were getting late for our second programme of the day! 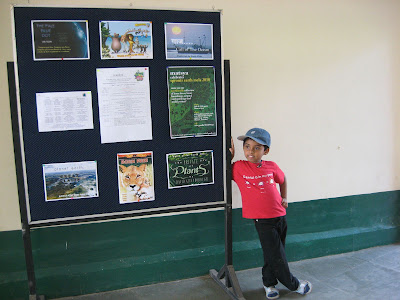 When I finally managed to drag him away, promising to enroll him in the kids section of Sprouts, Kids for Kool Karma, he was tired, but happy and asked me why we did not have more such programmes! Guess it’s high time I set my lethargy aside and take him to such events more often!
Look at Samhith having a blast!

And here is something interesting that we saw as we were leaving..... 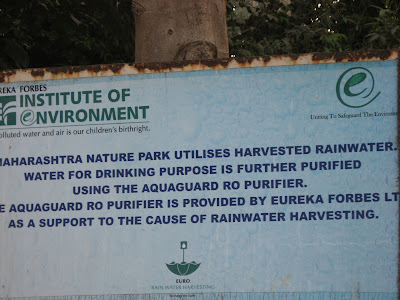 – after two decades…
As expected, we were late for our school reunion – a group of us still in were getting together after 20 years! While we expected around 10 people, only 6 turned up, since the others weren’t able to make it! Sitting in the Café Coffee Day at R Mall, the six of us turned into giggling girls and made the most of it, reminiscing about days gone by! Samhith was the only male, something which embarrassed him no end! Growing up in a co-ed school, he isn’t yet able to grasp the idea of a girls’ school, and the fact that there were no boys in our class! 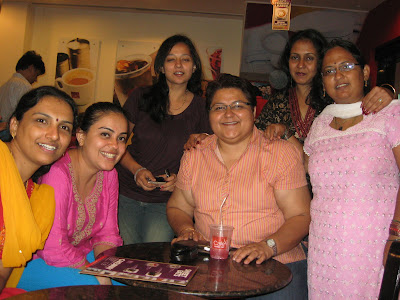 Incidentally, this photo was taken by Samhith!


By the time we realized the time and broke up, it was quite late and we reached home just in time for dinner. Of course, by then Samhith was so full of ‘mystery mousse’ and ‘cold choco latte’ that he skipped dinner and went off to sleep.
That’s how Saturday ended, both of us tired out completely! To see what Sunday brought along, wait for the next post!