March 01, 2013
Sometime around the year 1830, a young British officer exploring the area around the still developing hill town of Shimla, came upon a beautiful sight. Amidst the towering mountains, was a small stretch of plain land, a natural tableland, dwarfed by the mountain and forests, but presenting such a lovely view that he was reminded at once of the girl he had once loved, back in England. The man was Captain Charles Pratt Kennedy, the then Political Agent of Shimla, and he named the place ‘Annadale’ after his lost love. 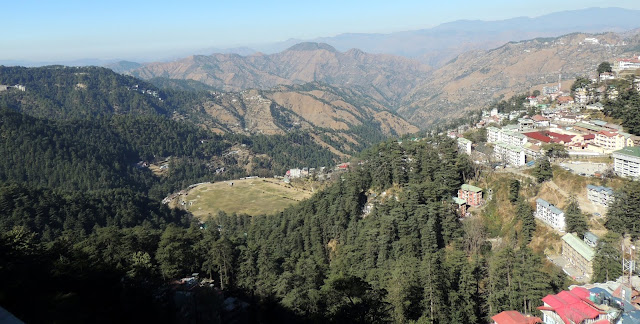 Charles Pratt Kennedy doesn’t seem to have married his lady love... but the name he gave, stuck, and endures, centuries after him. It is sometimes mis-spelled as Annandale, but the romantic origin of the name still remains. 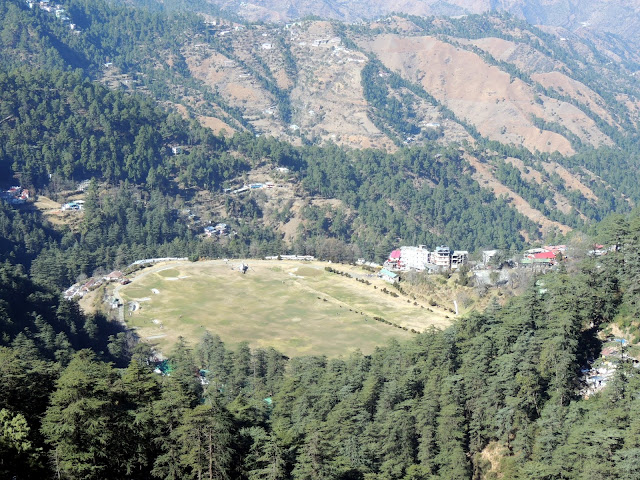 Annadale, in the early days of its discovery, was a popular haunt for the British. They came here for picnics, amusements, and games, and the ground became a popular haunt for polo matches. With the passage of time, the ground played host to races as well as cricket matches, and, with after Independence, was handed over to the Indian Army, which uses it as a helipad. If you look close, you can even see a helicopter there..

I wish the ground was still used for Polo or cricket... or even racing. It would be fun to see any sports held there. Meanwhile, the Army Heritage Museum at Annadale is worth a visit. More about that later....

Meanwhile, visit the Skywatch Friday page for more beautiful images from around the world!