A much - awaited golu

October 08, 2013
He is a person, who, when he travels, looks, not just at sights, but at houses, temples, roads, pavements, streetlights, roofs, walls... you get the idea! He notices details which escape most of us, and, also unlike most of us, he remembers, and uses, most of what he notices. He comes back from a trip filled with ideas, which he then proceeds to re-create, in his own special way - for the year's Golu. 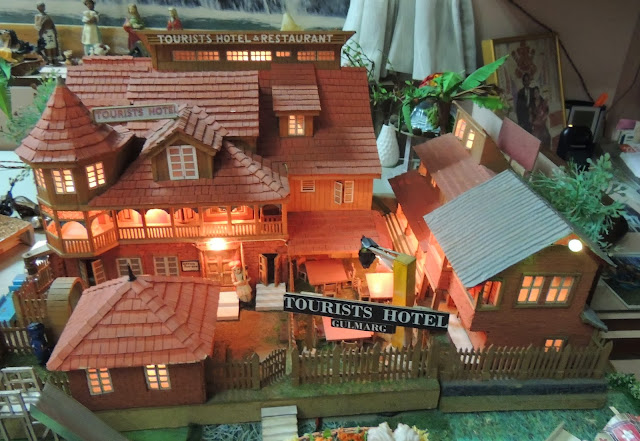 He is Mr. P.E.P. Swamy, of Garodia Nagar. We happen to be distantly related, and it was a mutual relative who first introduced me to his creations. Since then, our mutual interest in Golus has taken us to his home each year, eager to see his new creations. His is one house to which Samhith comes along, happily, without the least bit of argument. His is also probably the one house where Samhith stands quietly and notices details, without running around, touching everything in sight. The reason is of, course, Mr.Swamy's meticulous work and his attention to detail, which make his Golu such an interesting sight. 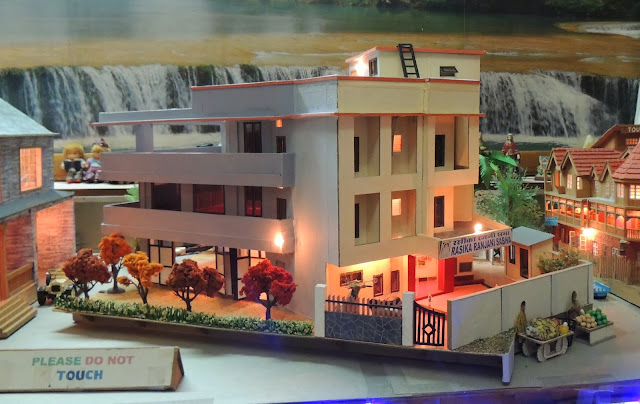 This year, the focus of his golu is on a Sabha in our locality. He has created a replica of their building, among other things. 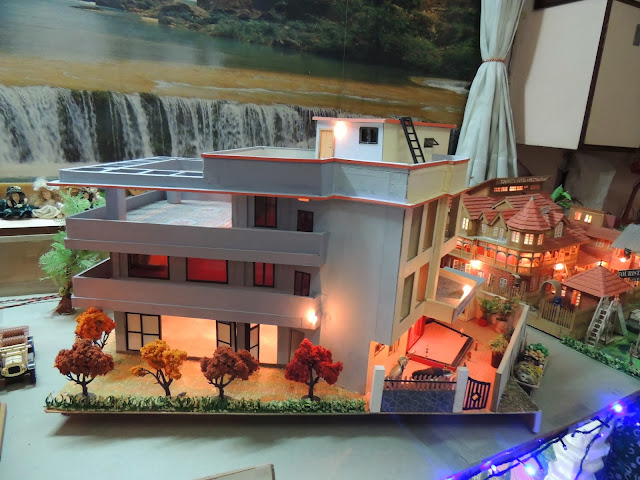 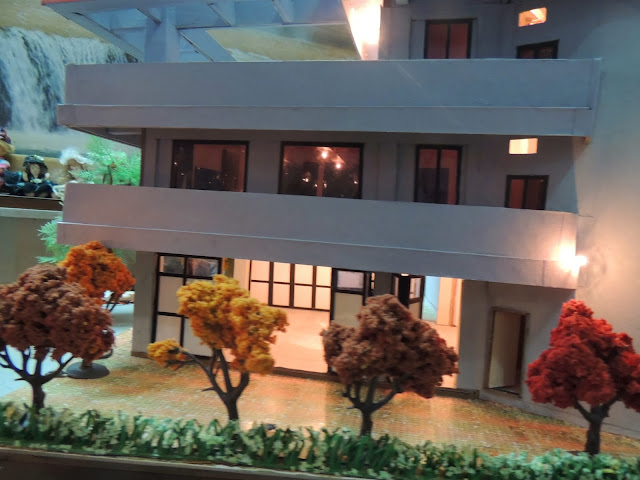 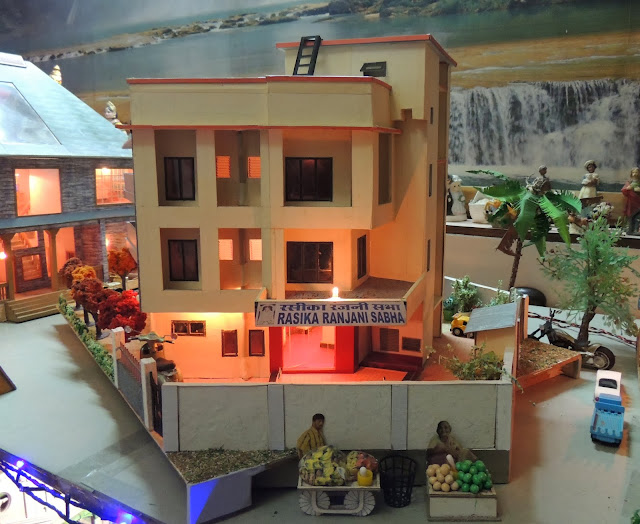 The building is deceptively simple. It is only when you look in that you realize how perfectly he has replicated it! That is something I can not show you with my camera. You have to see it for yourself! 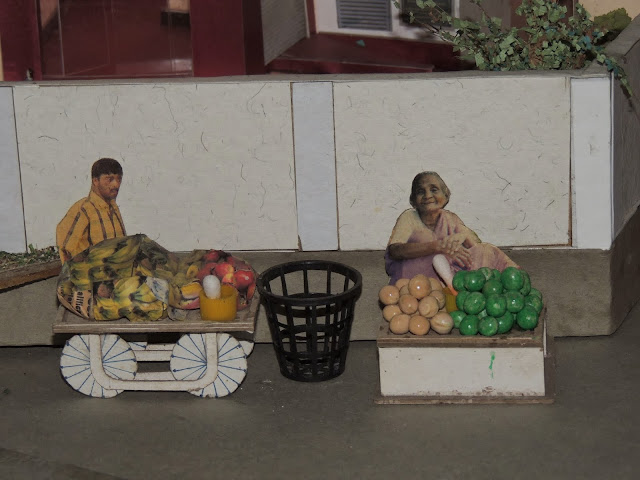 Also on display are a couple of other buildings - his masterpieces, I should say! 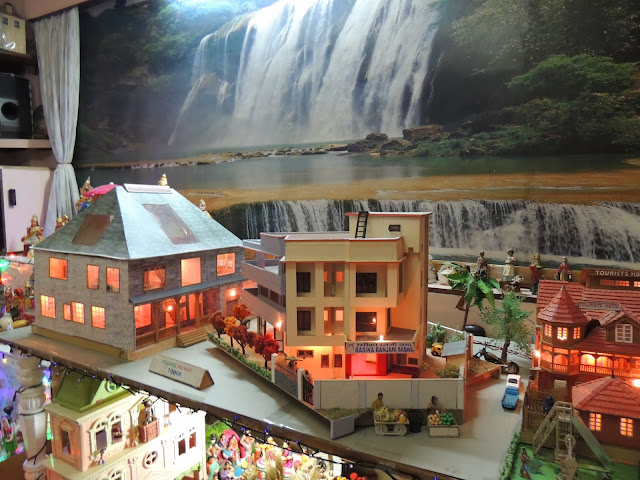 This see through house is so perfect in every detail. He made it some years back, but we never tire of looking at it. Whether it is the bathrooms or the wall paper, or the bookshelf or the puja section; whether it is the lights or the fans, he has taken every detail into account. It makes us wish we had a house like that to live in! 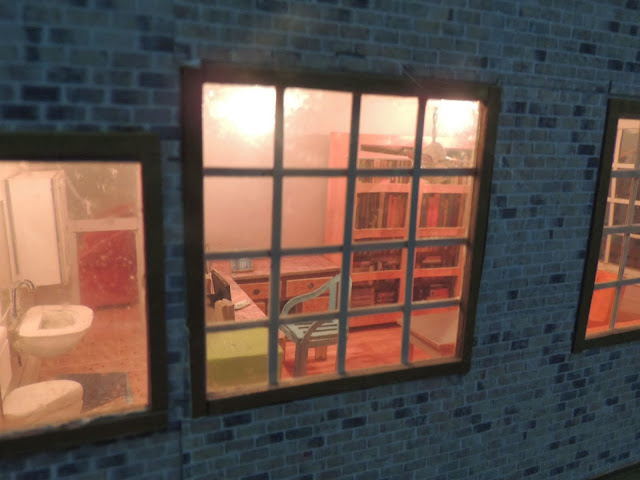 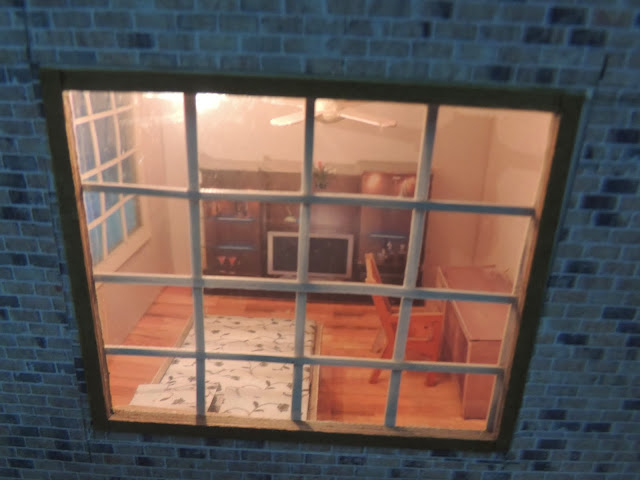 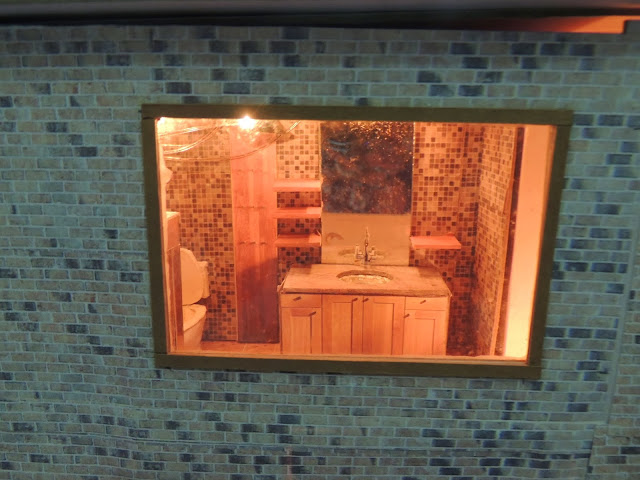 And then there is this.... at the risk of repeating myself, I cant find a better word than 'masterpiece'! 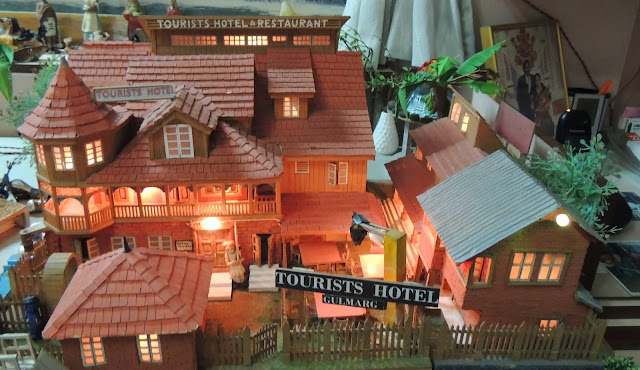 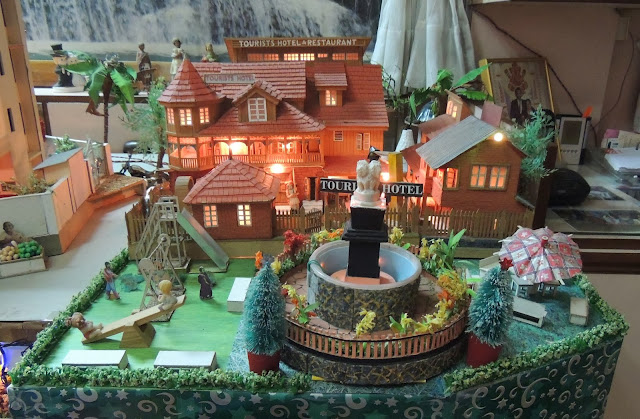 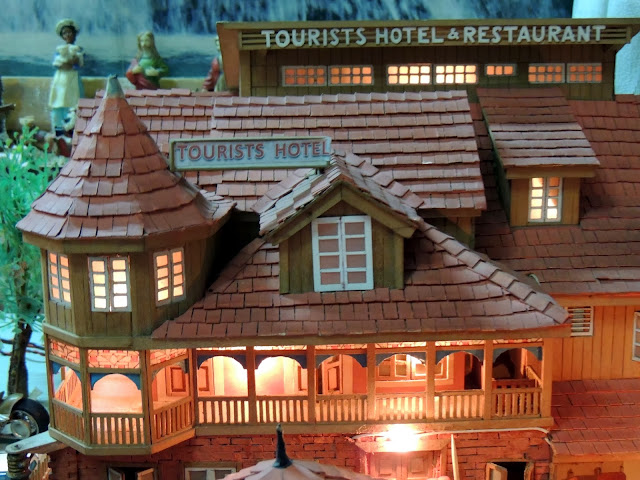 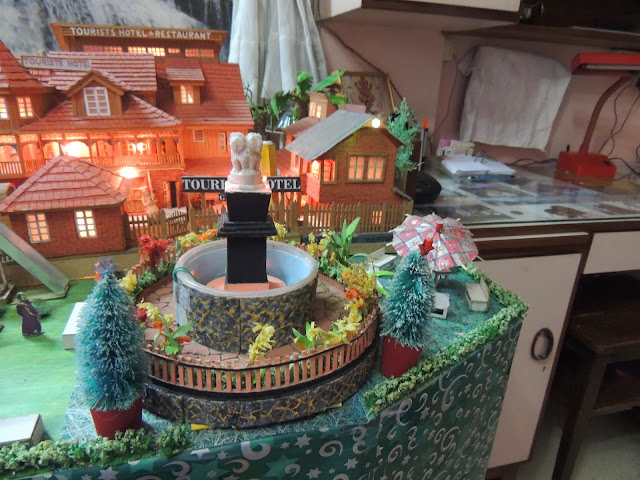 While it is Mr. Swamy who makes these beautiful works of art, his wife is an equal and enthusiastic participant. She is in charge of the lower section of the golu, which is the more traditional kind. Here is the main golu - the steps. 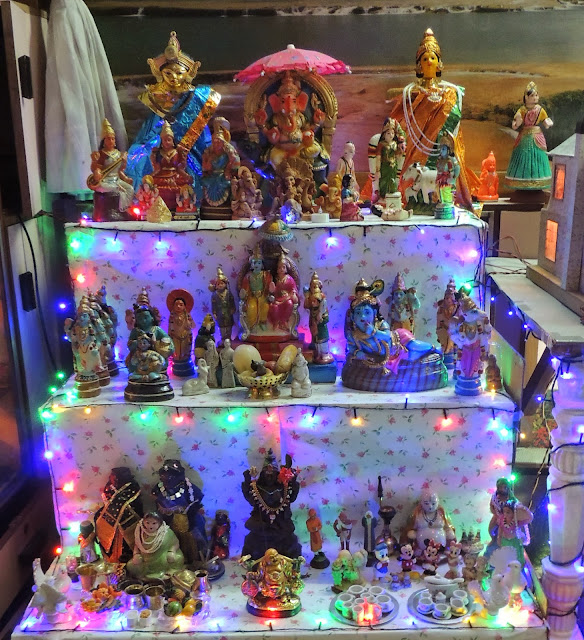 And here is the side-arrangement 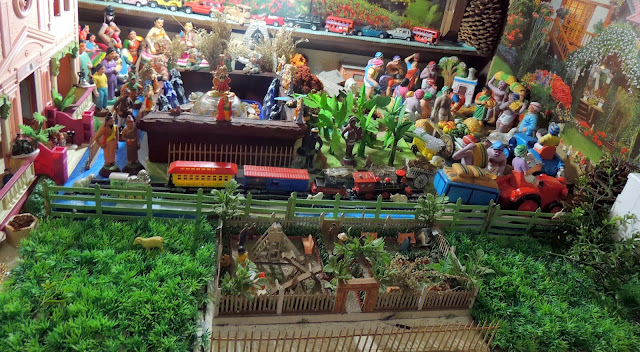 The central set up here is of Jala-Krida, or Ras Leela in the water with Krishna and the gopis. 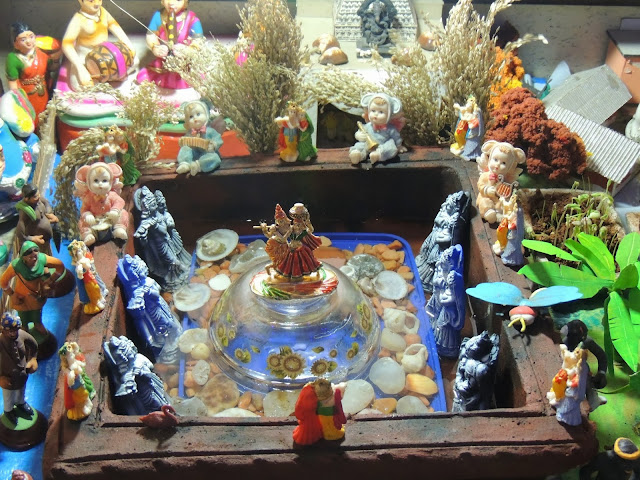 Surrounding it is a typical Indian village.... and village scenes...... 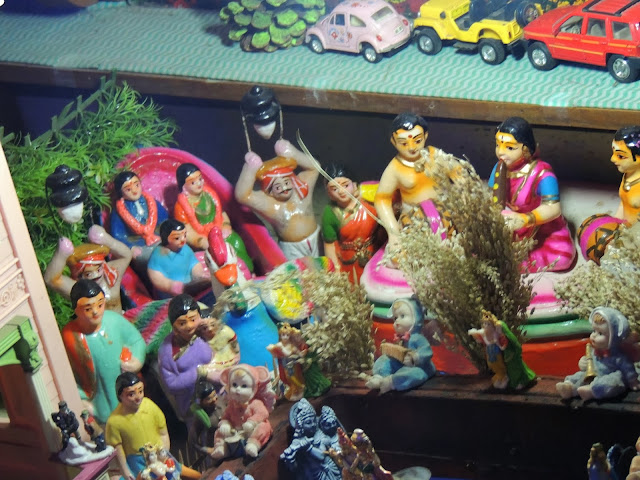 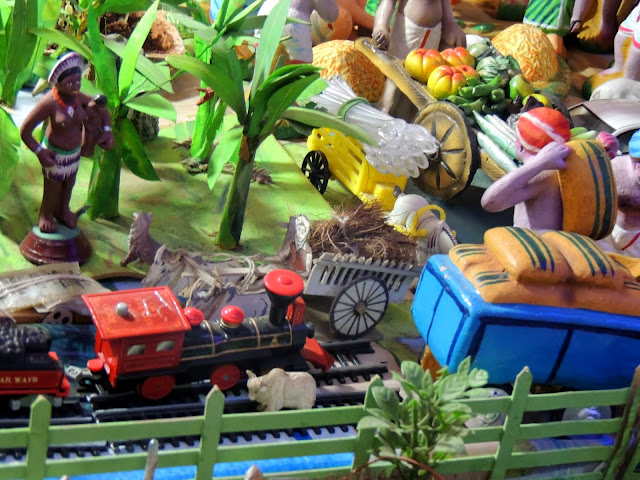 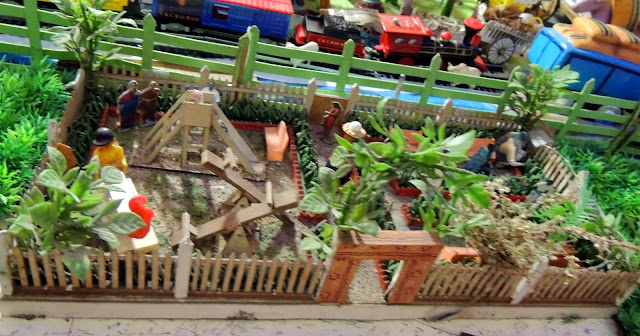 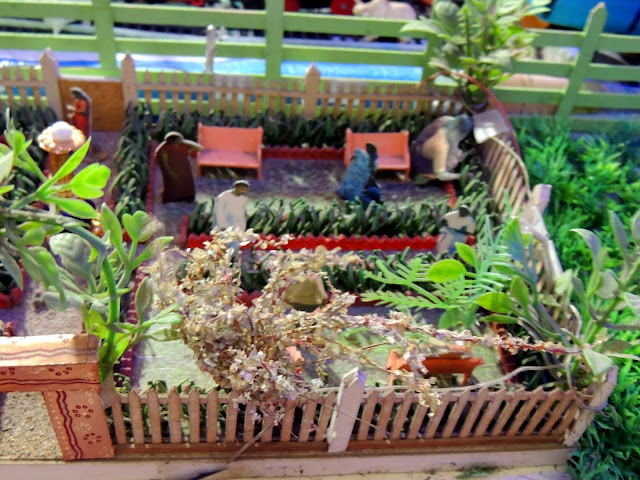 One of the reasons which draws Samhith again and again to their house are the conversations he has with Mrs. Swamy. She is able to explain in a manner he understands, the methods used to create these beautiful works of art, which makes her one of a kind! He enthusiasm is infectious, and we come back, bursting with ideas!

I usually visit their house later during the festival, since that is when I am free. However, each year, after I write about it, I get loads of mails from readers asking me for their contact details, and if I can take them along to see this golu for themselves. Usually, it doesn't work out, mostly due to lack of time, which is the reason I am writing this post earlier this year. If you want to visit, please drop me a line, either on email, Facebook, or Twitter, and I will send you their contact details. For obvious reasons, I cannot post the details here.