October 29, 2013
A white curtain covered the entire landscape. There was no trace of the green which was so evident all the way up the mountains, and the fog was so thick that even the person standing next to me seemed to blur. And then, as if on some hidden cue, the cloud curtain parted…… and brought this into view…. 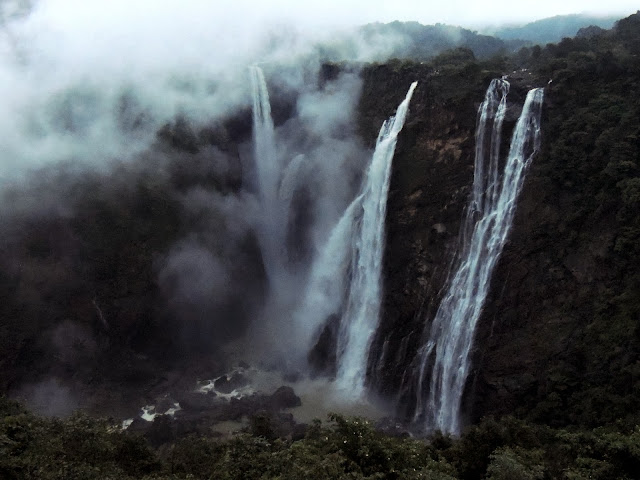 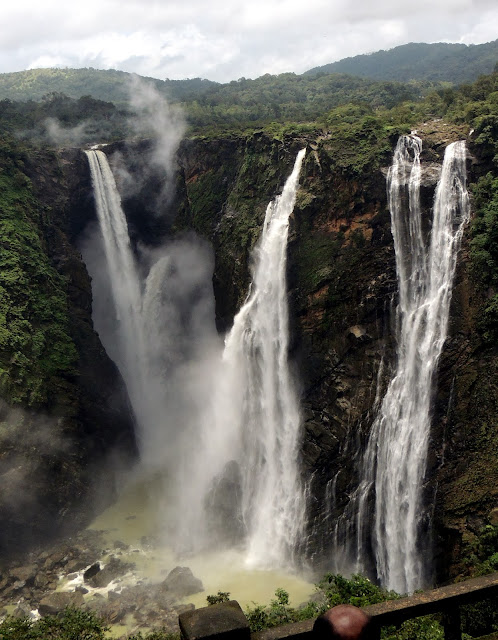 Standing there, in the pouring rain, over the next 24 hours, we watched this drama unfold… over and over again. The roar of the falls was the only constant, rising and falling with the wind, the spray hitting us, far as we were; the clouds parting, and then closing in again, and in between, the spectacular sight….. 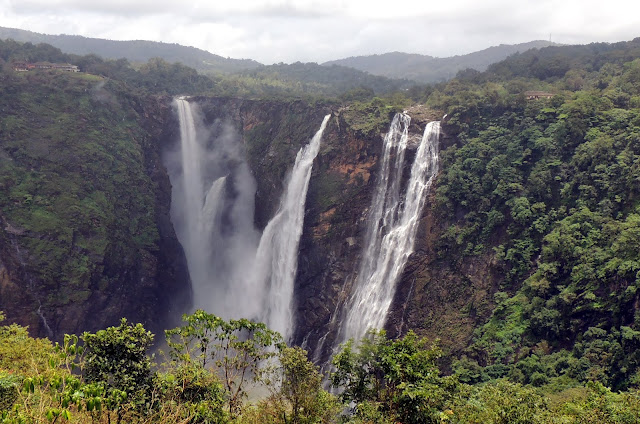 Tucked deep inside the Western Ghats, in the Shimoga district of Karnataka, the Jog Falls are created by the Sharavati River falling from a height of 253 m (830ft). The river here flows over a rocky bed, about 250 yards wide, and reaching a huge chasm, 260m (960ft) deep, descends  in four distinct falls – Raja is the highest, falling in a single, sheer column from the height of 830 ft, meeting Roarer halfway down. A third fall, Rocket, shoots downwards in a series of jets, while the fourth, Rani is the quietest of the lot! 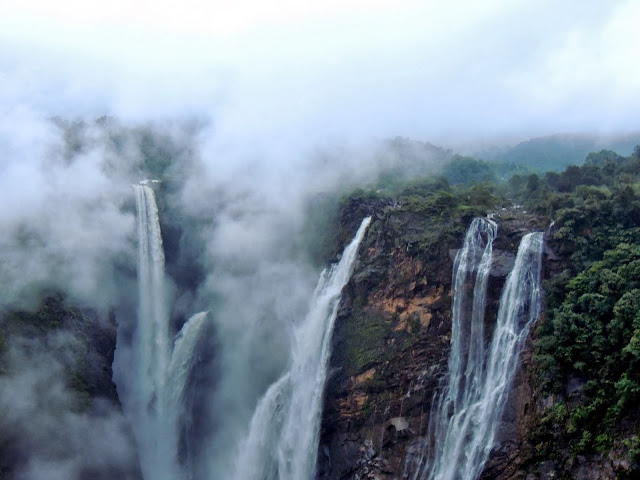 Standing in the Tourist Complex built conveniently for observing the falls, we simply waited and watched as, one by one, each of the columns appeared…. And disappeared! 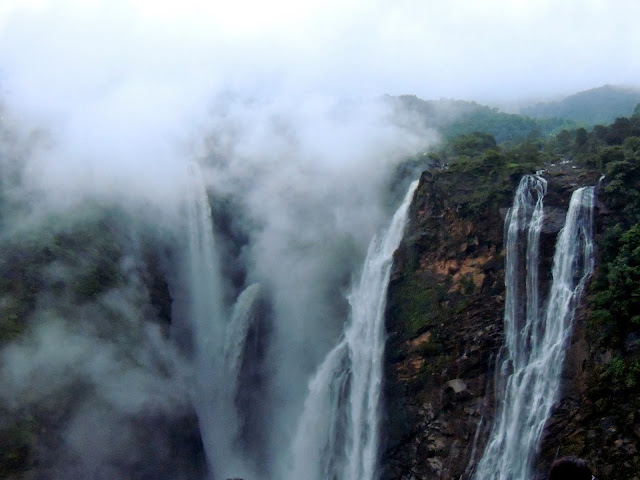 The falls must have been hard to get to, once. Today, well laid roads bring loads of tourists, even during the heaviest of rains, to see the second highest plunge waterfall in India. We were, by no means the only people there, on that rainy day, but among the few who simply sat for hours, watching the clouds meet and part, feeling the falls grow louder and fuller with the rain, making the most of the experience, etching every glimpse in memory, forever! 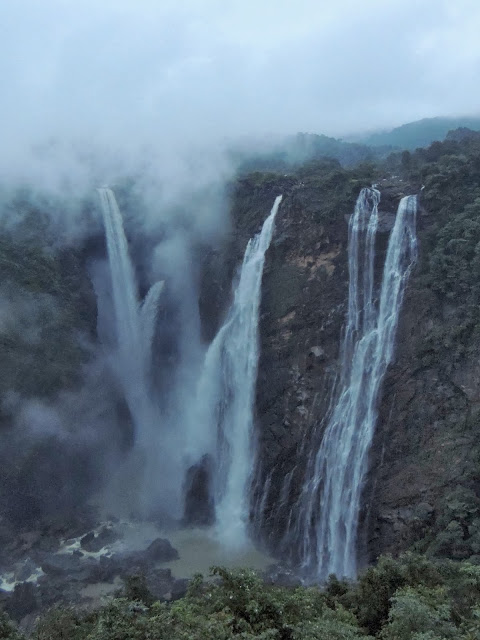 We did take a break, to see the falls from the other side – the side they cascaded down from. Here is an old bungalow, built by the British sometime in the 1800s, and rather unimaginatively called, ‘British Bungalow’! The view from here is not as spectacular as from the other side, but it is nevertheless an imposing sight, for it is only from here that we can see the force of the water, as the river plunges into the depths of the chasm. 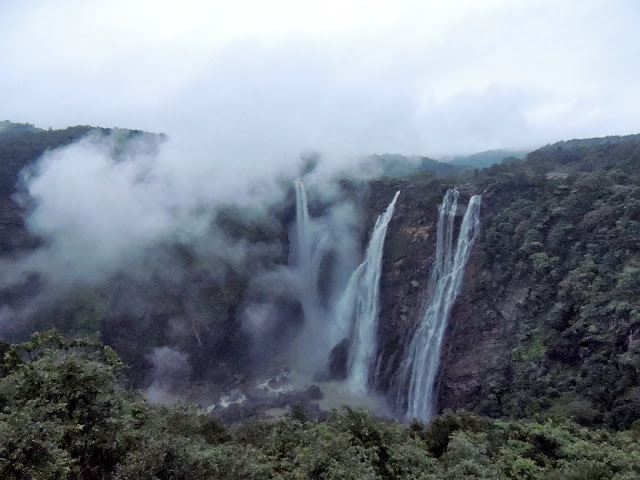 There are a few other interesting sights around, such as the turbines of the hydroelectric project (seen from quite a height, since, obviously we aren’t allowed anywhere near!), and the Linganamakki Dam. .
However, the real USP of the place isn’t in the sights, but the experience – of feeling nature’s force, and her beauty, at the same time!

This article was originally published in the Bangalore edition of The Hindu Traveller. You can read the original article here or download it here.