October 17, 2013
Mysore city may owe its grandeur to the Wodeyars, but the town has a history that long precedes them. Legends tell us that this was where the goddess Chamundeshwari trounced the terrible demon, Mahishasura. The city itself takes its name from that of the demon, since it was he who ruled it first. And it is him we see first as we arrive at the top of Chamundi Hills, at the temple of the goddess. 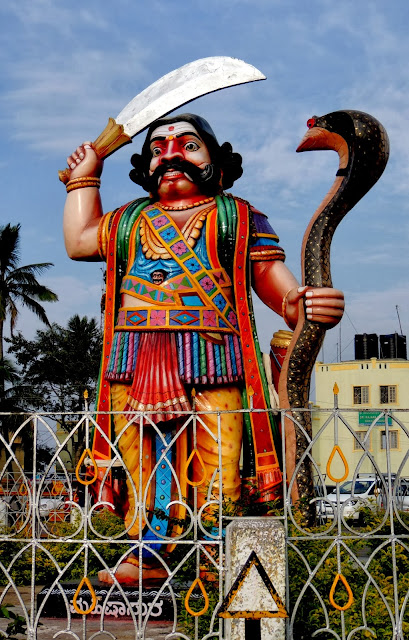 This is also one among the 51 Shakti Peethas – sacred shrines dedicated to the goddess, believed to mark the 51 spots where body parts of Sati or Dakshayani fell, as Shiva danced the terrible Tandava, filled with grief and anger at her death.  It is believed that this is the spot where Sati’s hair fell. 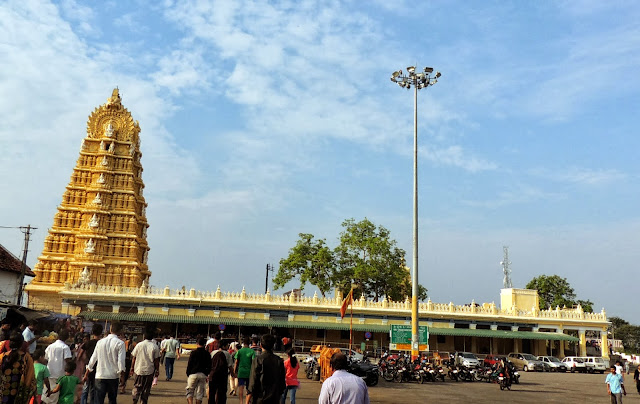 Historically, the first temple here is said to have been built by the Hoysala rulers in the 12th century, and the tower or gopuram is said to have been added during the reign of the Vijayanagar Empire in the 17th century. It must have been a difficult task to climb the hill in those days, and the 1000 steps which help us ascend the hillock were built in the same period, around 1659. The present temple owes itself to the Wodeyars, having been extensively renovated by Krishnaraja Wodeyar III in 1827. 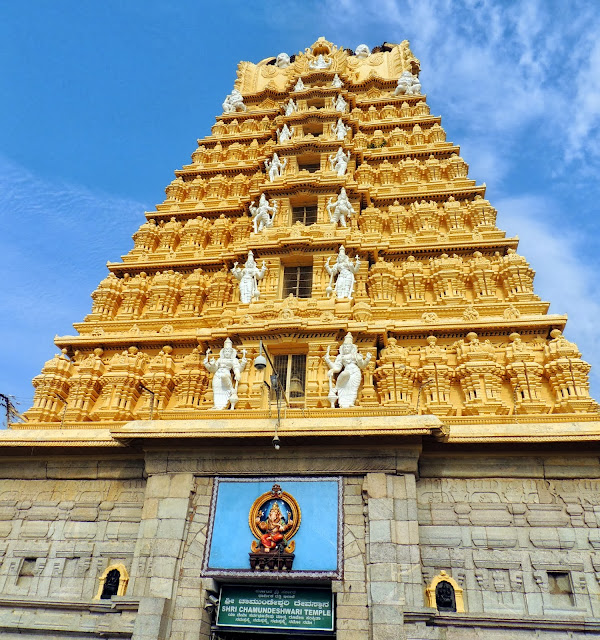 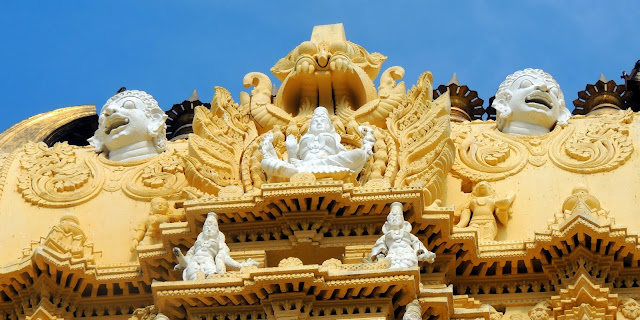 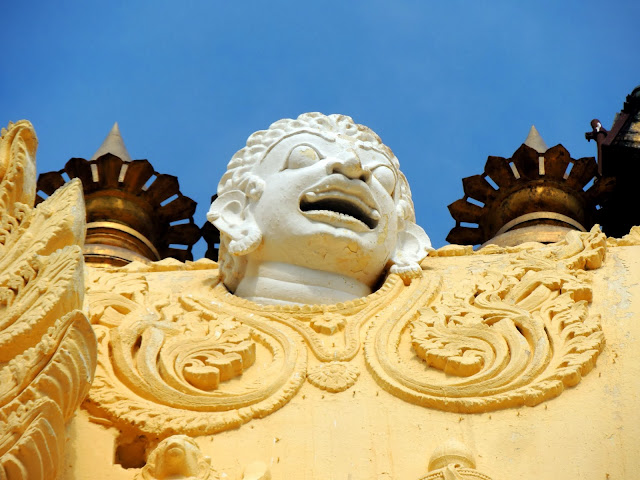 The main deity here is Chamundeshwari, seen seated in a yogic posture, serene and peaceful. 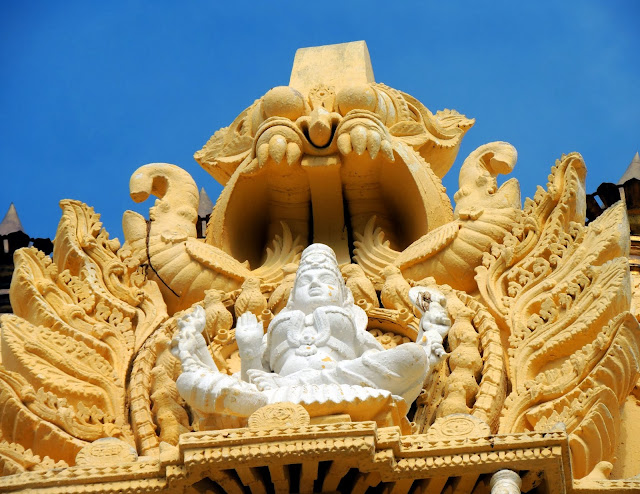 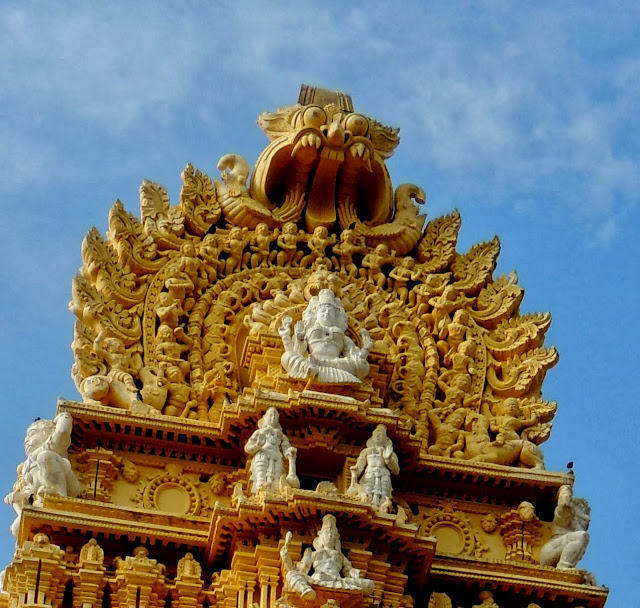 This is a temple much visited by locals and tourists alike, and it can get really crowded on weekends. People come from far and wide, not just for the blessings of the goddess, but also for the beautiful views of the city that the hill’s vantage position offers! 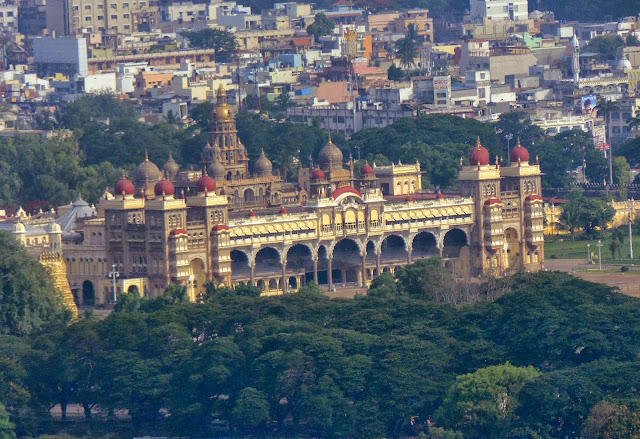 Besides, there is also the Nandi, which is a prime attraction here! 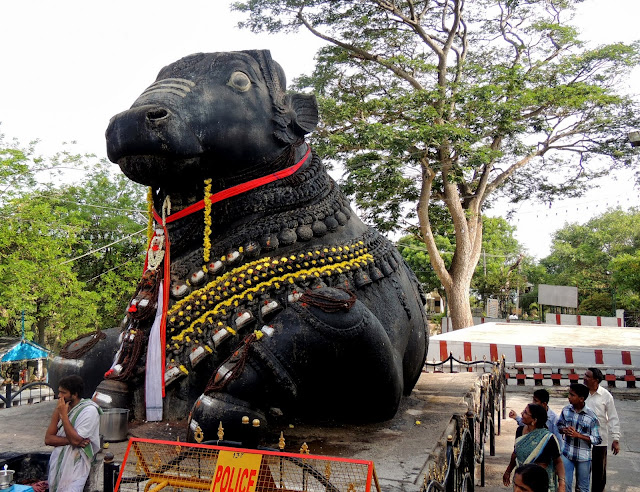 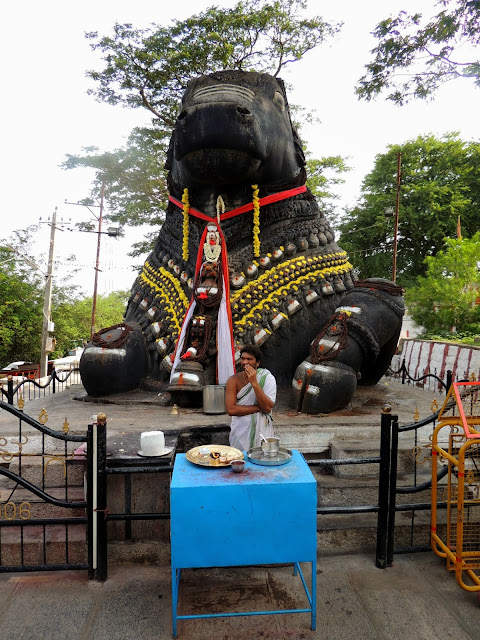 Nandi, or the Bull, is the vehicle of Lord Shiva, and he stands outside a small cave shrine of the lord.
Carved out of a single black stone, at a height of 15 ft and a length of 25 ft, he towers over everything else here. 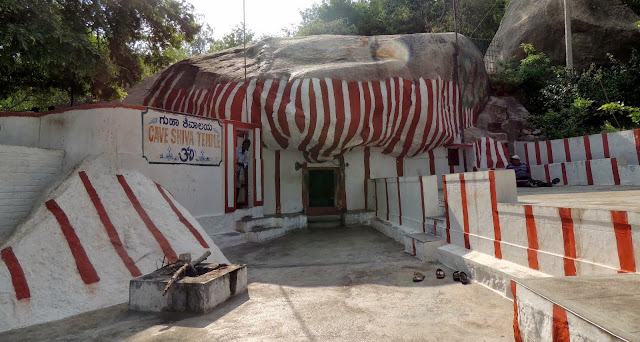 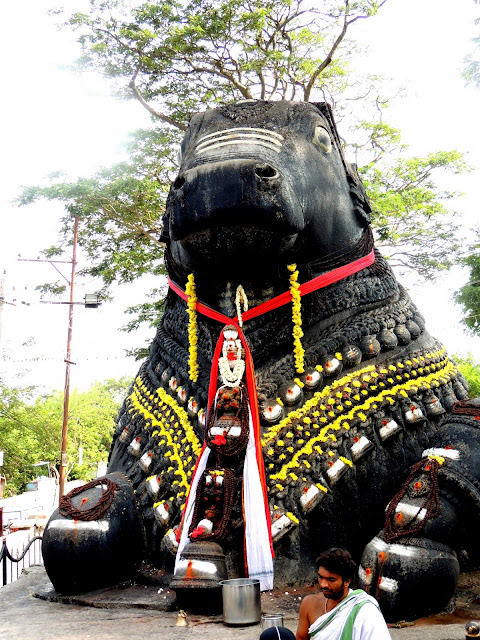 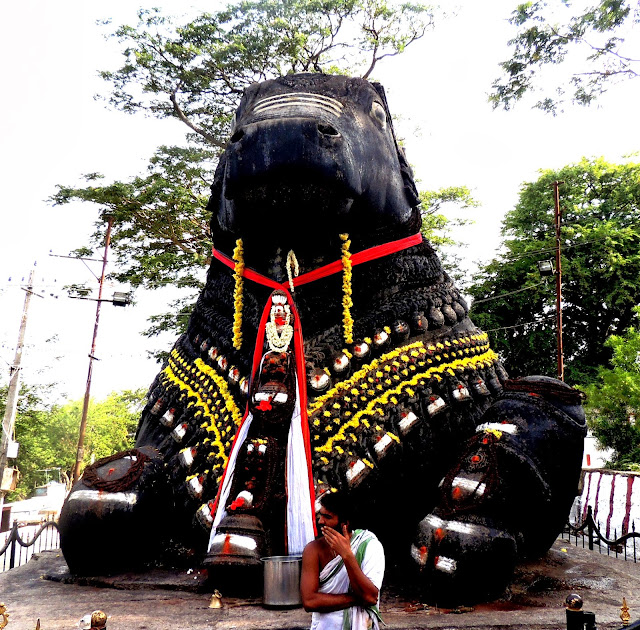 It’s not just the size, but the detail, which captures our attention… 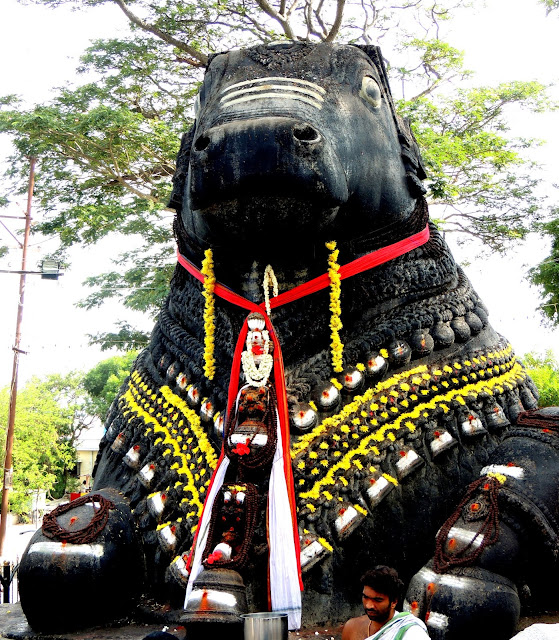 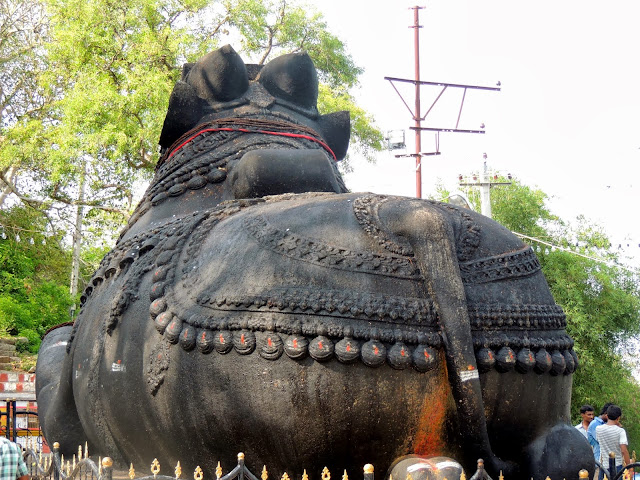 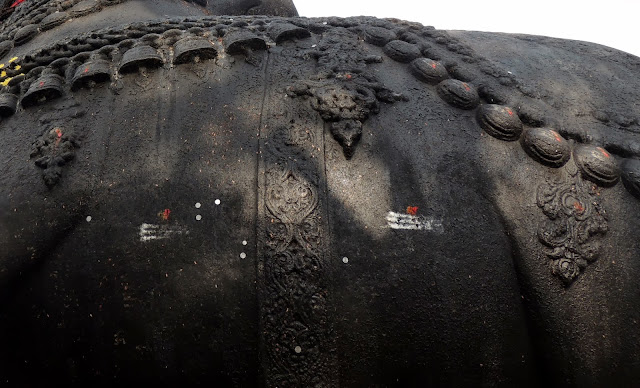 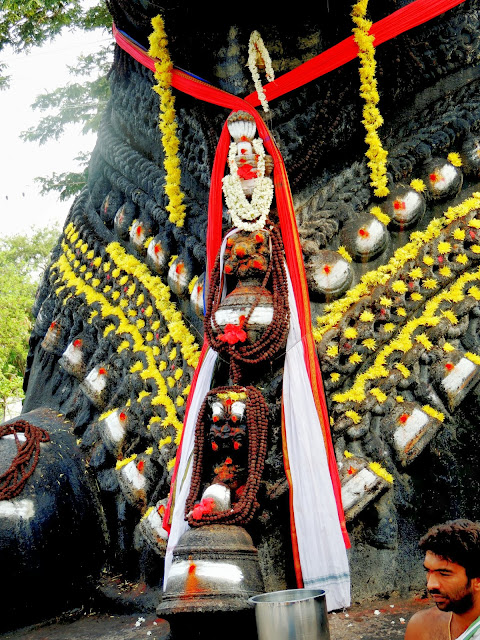 It is believed that the Nandi was installed around the same time as the steps were built, by the then ruler, Doddaraja Wodeyar.

These aren’t the only temples on this sacred hill. There is another, ancient temple to Lord Shiva, and also another temple to the goddess at the foothills, but since we weren’t aware of them earlier, I guess I will just have to make another trip to Mysore!

Chamundi Hills is located at a distance of 13 Km from Mysore city.

You can choose either to climb the hill using the 1000 steps built in the 17th century, or you can take the road, which leads you right to the temple. And yes, there are people who choose to walk on the road, rather than climb the steps! The area is quite peaceful and still quite green, which adds to the attraction of the walking / climbing path. For those who can’t or don’t want to, there are, of course, buses and other vehicles.

There are frequent buses from the city bus stand taking you to Chamundi Hills. They drop you at a short distance from the temple, but to visit the Nandi, you have to make a detour, climbing down the steps. The bus does not take you there.

Most people hire cars and combine the temple with a sightseeing tour of the city. Plenty of autos are also available for the journey.

Avoid Fridays and weekends to visit the temple, as it can get really crowded. If you have no choice, try to visit the temple as early as possible, before the crowds arrive. There are special entry tickets available which help you jump the queue, but even this can entail a long wait once the crowd turns up.