December 08, 2013
In a city filled with palaces and museums, the Jayalakshmi Vilas is probably the least known palace converted into a museum. Nestled within the serene environs of the Mysore University, it is off the regular tourist circuit, which probably explains why it is practically unknown, even to locals. 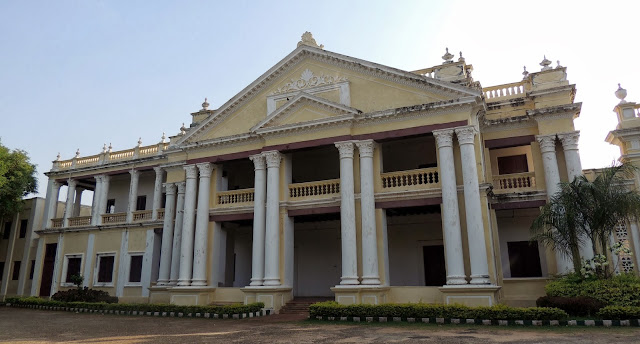 The Jayalakshmi Vilas Mansion was built in 1905, during the reign of Krishnaraja Wodeyar IV, for his sister, the Princess Jayalakshmi Ammani. She was married to the then Dewan of Mysore State, Kantharaj Urs, and the mansion is a testament to their exalted status. Spread over six acres, the mansion has 125 rooms, 300 windows and 287 exquisitely carved doors. Only a part of this is open to visitors, however, and these portions are now used as a museum. 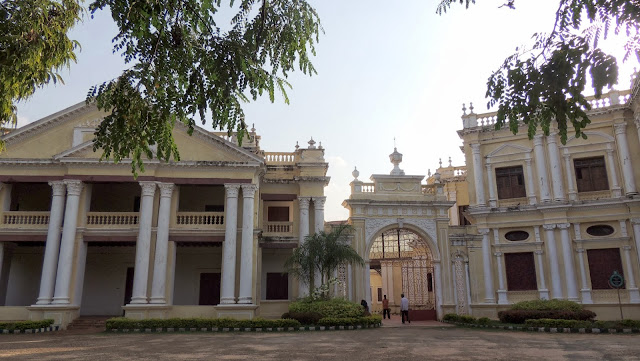 The complex has three museums in all – first, a sculpture gallery, with artefacts collected from all over the region. The second is a folklore gallery, which is the most interesting, with a variety of items on display. There are dolls, used some time for a golu, also a beautiful, mirror covered set of stairs, used for the placement of a golu; there are some amazing collections of puppets – made of wood, paper, and also cloth. The section devoted to shadow puppets is especially beautiful. Then, there are the costumes – used for Yakshagana, and also temple festivals. Unfortunately, photography is prohibited, so I can’t tempt you to visit the museum with photos. All I can hope is that my description is enough to tempt you.

The third section is the central part of the mansion, and it is a splendid sight by itself. The huge central area, with two levels of balconies overlooking it, serves to remind us that this was once a palace, built for royals who loved to do everything in style. We were told that this central area was used for several ceremonies, and even a marriage. While it isn’t really clear who was married here, it is easy to imagine the scene, even today. While we didn’t really count the rooms, we believe Wikipedia, when it says that there are 125 rooms in all, simply because we walked in and out of so many rooms leading just from this central hall, that we soon tired even of seeing the interesting items on display. The artifacts on display here are personal collections of various people – usually dignitaries of the erstwhile Mysore State, as well as eminent litterateurs and poets from Mysore. Unfortunately, my knowledge of them is rather sketchy, so I can’t really give you any insights about this one. We simply roamed around, awed by the architectural beauty of the mansion. 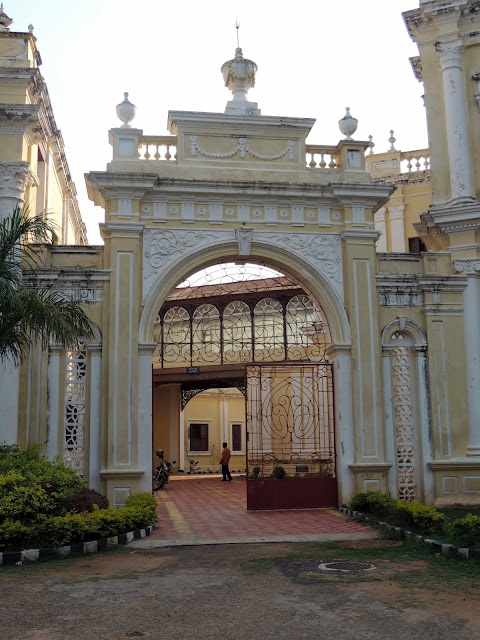 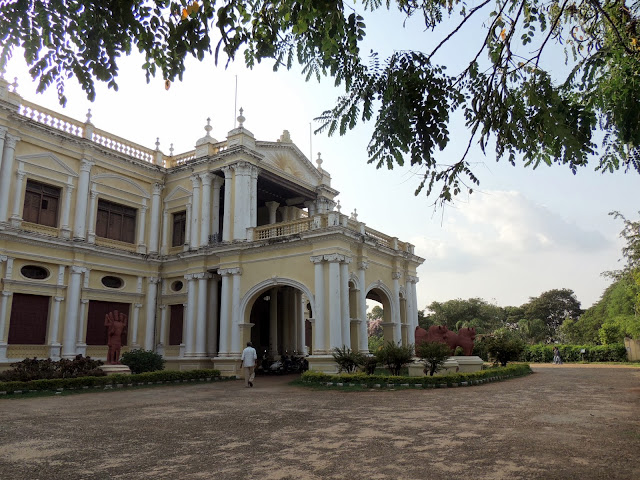 The mansion’s grandeur tells us much about the family which lived here. But it tells us little of the people they were. As one of the properties which found its way to the University, there is nothing left here of its original inhabitants. Yet, their presence lingers, especially in little nooks and corners, like a patch of garden, where, among the overgrown weeds, we can glimpse some tiny headstones. 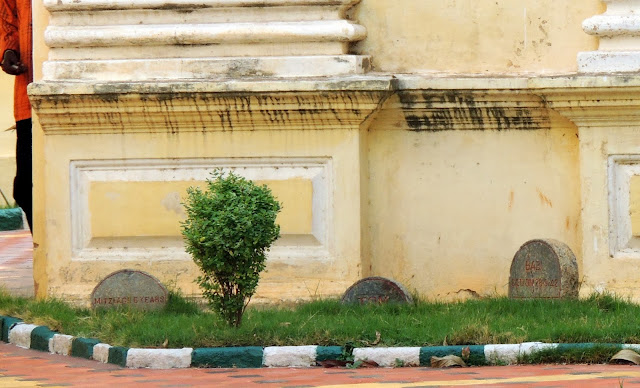 A closer look, and a helpful board, reveals that this is a dog-cemetery – and not just some dogs. This is the resting place of the princess’ favourite pets. An ardent dog lover, she had many, each of which, over the years were laid to rest here, so near where she lived. Standing there, you can almost imagine her there, walking in the garden, pausing for a moment, to remember a pet which lived no more. Some, obviously outlived her, as can be seen from this headstone, but it is good to see that the tradition was carried on, even after she passed on. 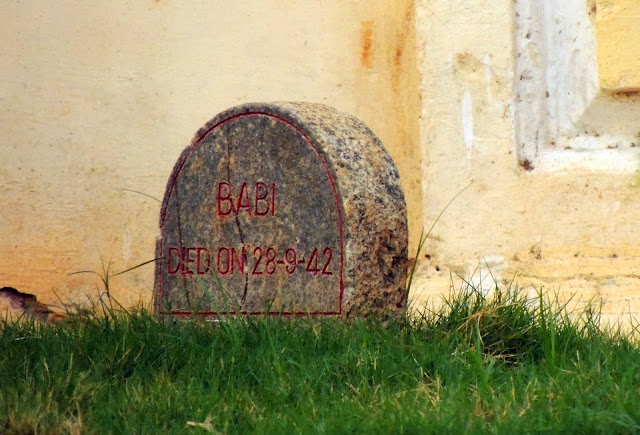 Walking out of the gate, this is the thought I carry away – of a princess who once lived here, in this mansion, which has such a typically western look from the outside, but is so typically Indian on the inside. Is that what the princess was like too? 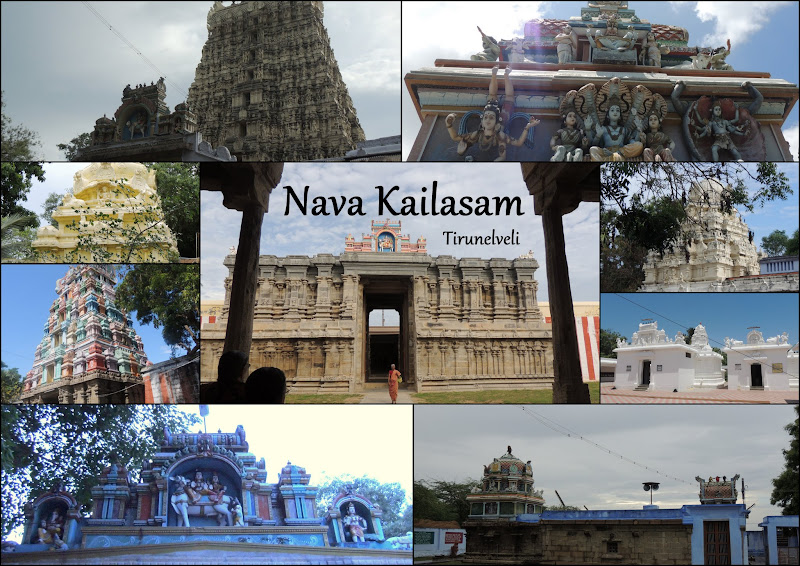