December 05, 2013
Rose Ringed Parakeets are regular visitors to our home, and, considering that they are so visible, (and also so audible, and thus easily spotted), I have clicked them often. Yet, as the winter shows signs of setting in, and the parakeets come visiting more often, I cannot help sharing some more recent clicks. All these have been clicked in the last week. And it is thanks to Mridula that I realized that what I had clicked weren't the usual Rose Ringed Parakeets I usually see, but Alexandrine Parakeets! 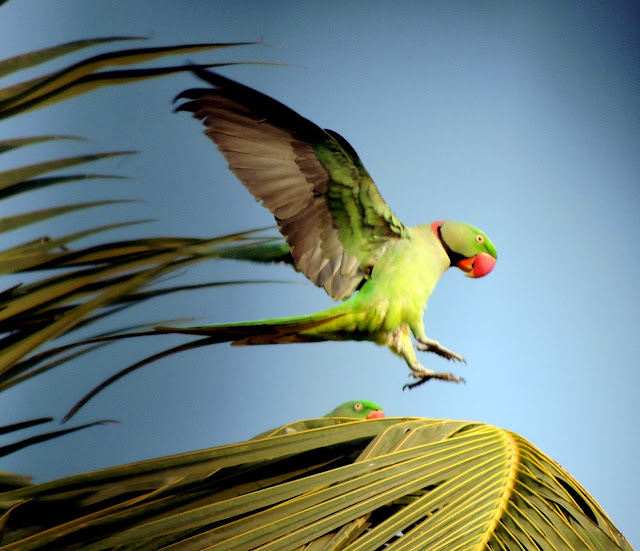 From what I could learn, Alexandrine Parakeets are bigger than the rose ringed ones, and they can be easily identified by the maroon patch on their wing coverts. More interestingly, the species gets its name from Alexander the Great, who is credited with the exporting of numerous specimens of this bird from Punjab into various European and Mediterranean countries, where they were considered prized possessions for nobles and royalty. 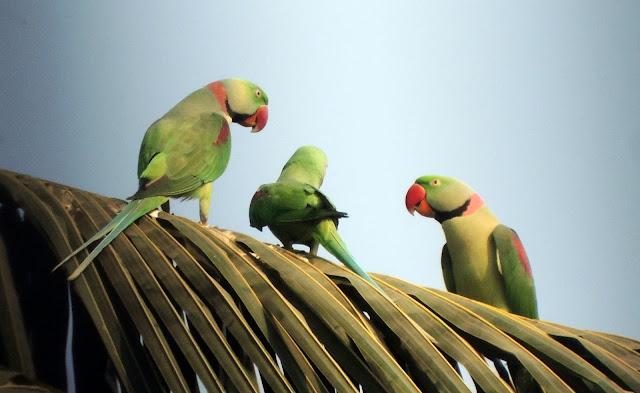 Coming back to the birds I noticed, It is obvious that their breeding season has begun. No wonder I can hear them all the time, screeching away, attracting their mates, fighting away their rivals.. I don't know if I can call them 'expressions'. but the eyes of these birds, especially the males, seem to speak volumes, do they not? 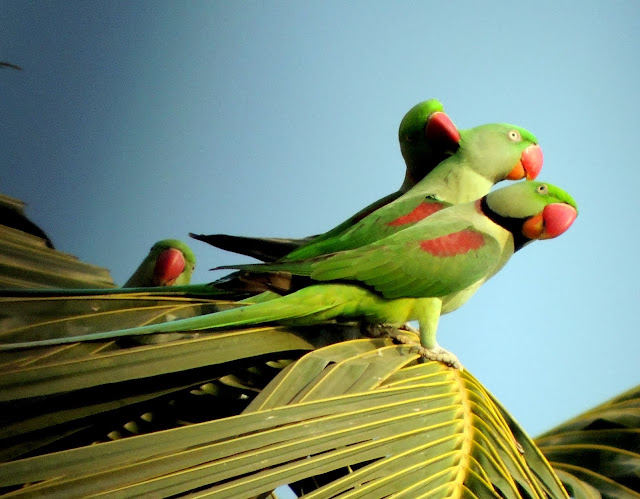 P.S. Thanks, Mridula for correcting me. I had simply assumed they were the ring necked ones, because they are the ones I see all the time!