January 07, 2014
Hornbills, Giant Squirrels, interesting people, more birds and loads of fun – that’s what my Dandeli trip was like! It was the perfect start to a year which I hope will bring lots more travel and many more such experiences. Detailed posts are coming up soon, but meanwhile, for all those of you who have been asking me what it was like… and also for those who asked me what there was to see in Dandeli, here is a glimpse – 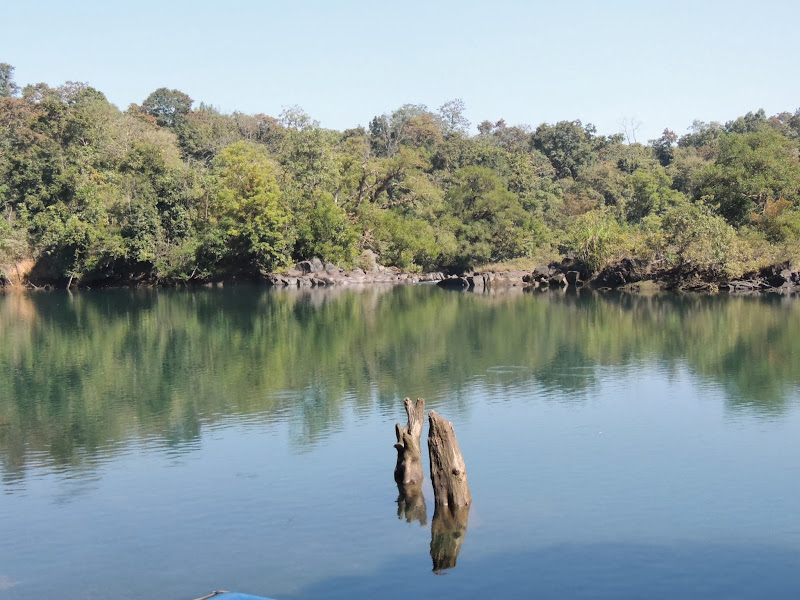 The Kali river is the heart of Dandeli. This is where we began our trip, with Kayaking. While I, as usual, chose to remain a spectator, Samhith enjoyed himself thoroughly, this being his first solo attempt at the sport... 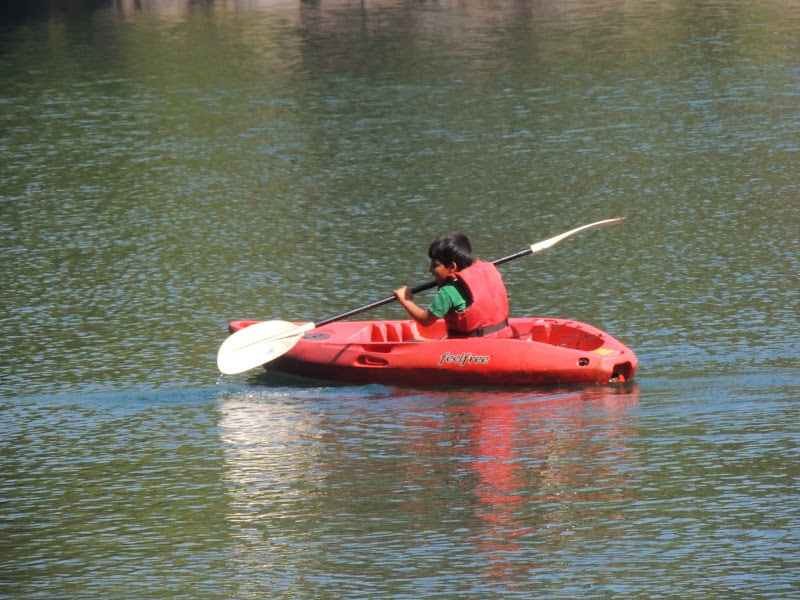 The riverbank is also where we saw our first Malabar Pied Hornbills.... and after that, we saw them everywhere we went! Later, we ventured on a safari into the Dandeli Wildlife Sanctuary - to its core - the Anshi Tiger Reserve. The animals proved just as elusive as ever, but being in the forest was an interesting experience in itself. We of course saw a number of birds, and our fellow tourists provided some entertainment too :) 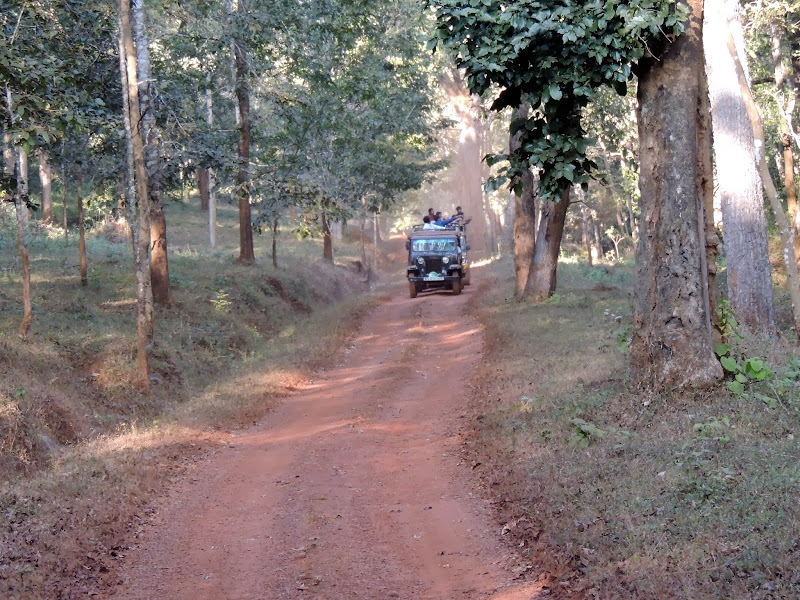 The next morning, we awoke to see this beautiful Malabar Giant Squirrel right outside our room, at the Dandeli Jungle Camp, where we were put up, and spent a busy hour photographing it, while it calmly munched its breakfast!!! 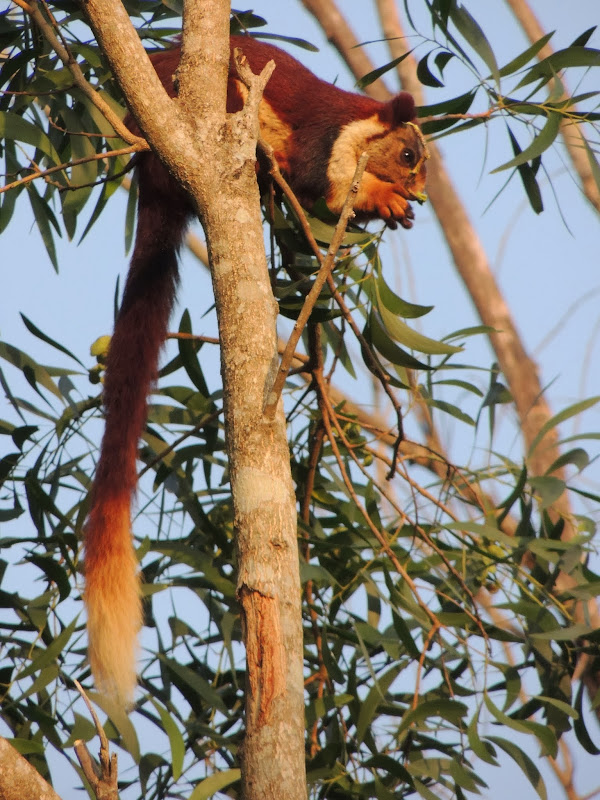 We then set out to visit a village hidden within the thick forest, and meet its residents. Talking to them was a revelation of sorts, and reminded me just how little I knew of my own country and its residents. 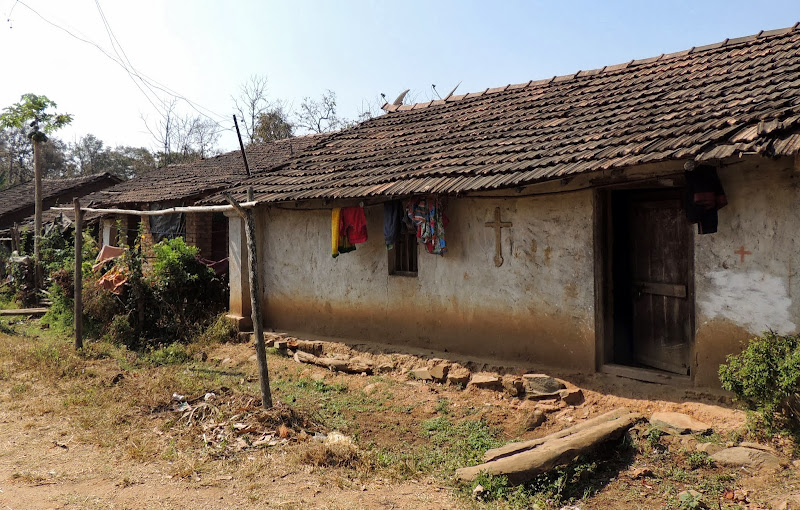 Coming back to civilization, Samhith and I set off for a coracle ride, once again on the Kali river. This time, the riverbank had a multitude of birds... 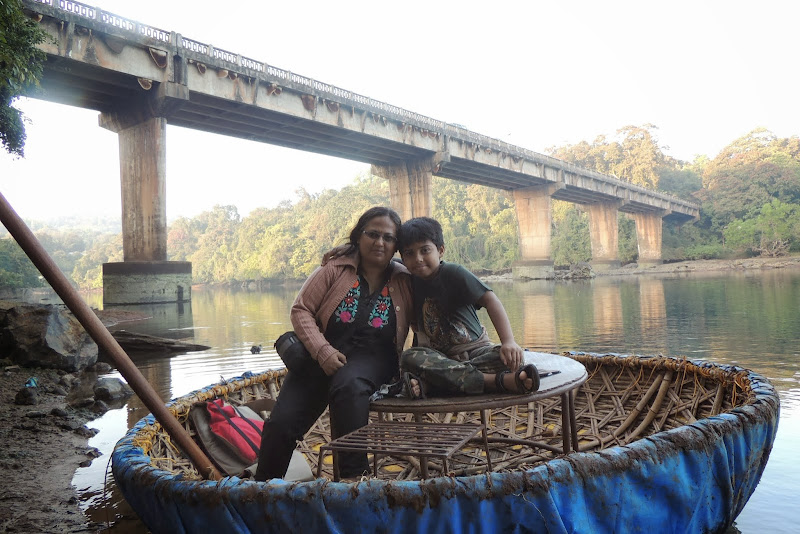 And kiddo found space and time to pose for a while! 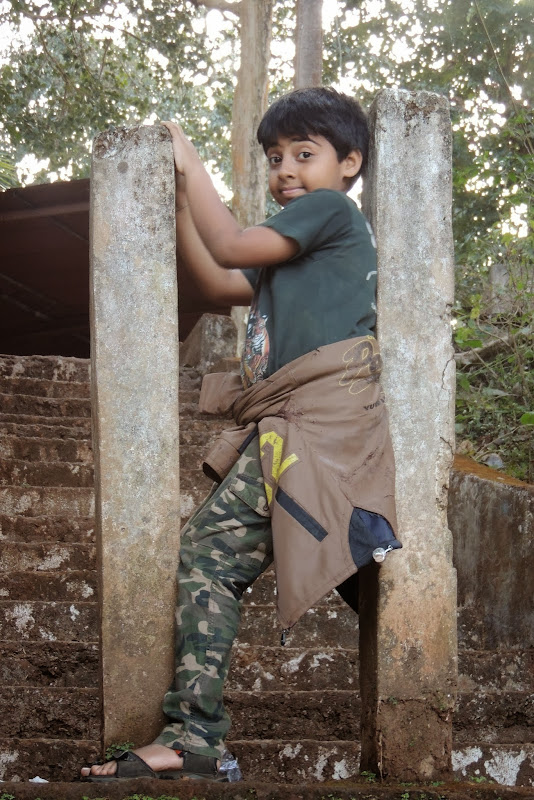 That night, we stayed at the Old Magazine House, Ganeshgudi, a Jungle Lodges property, and this was another experience I shall never forget! The sight of DSLRs with huge lenses, each one bigger than the other, is something that we shall now always associate with this property! 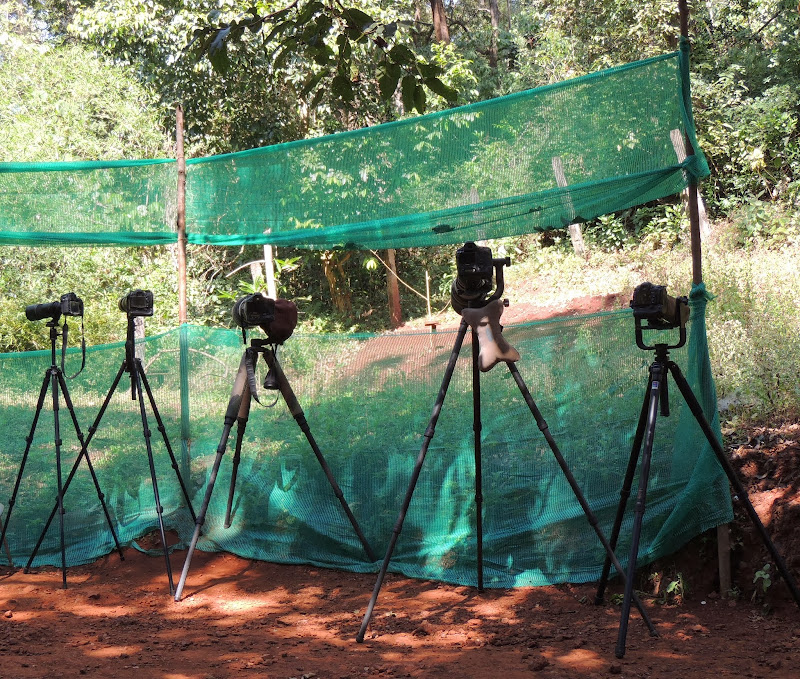 I have to admit that all those cameras and lenses of such sizes were intimidating, to say the least, but Samhith, though fascinated, wasn't in the least intimidated. He, in fact, managed to wriggle his way in between them all, and was thrilled when a couple of people showed him how to use the tripods! Here is a photo he captured, of the Orange Headed Ground Thrush, a bird neither of us had ever seen before! 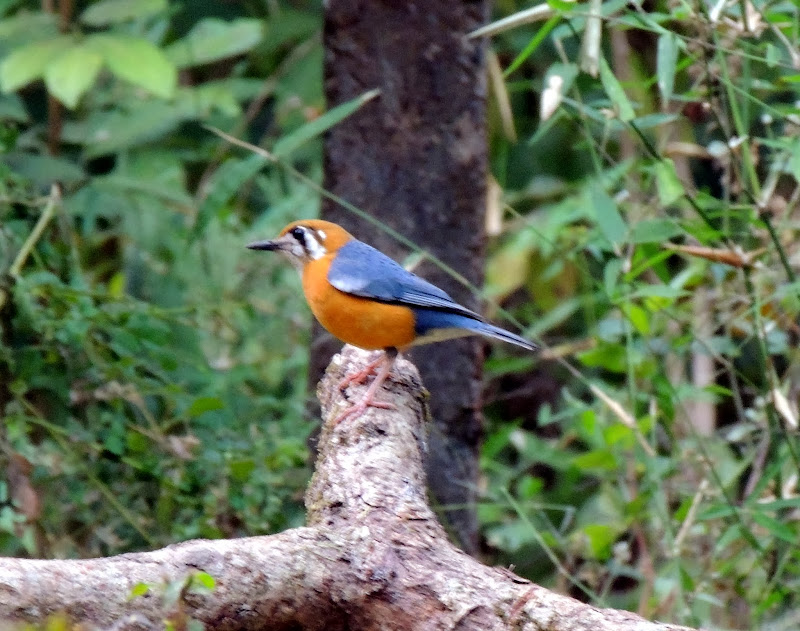 The bird both of us wanted to see was the Male Asian Paradise Flycatcher, but here we were unlucky, missing the bird twice in one day! We had to be satisfied with the juvenile of the same species instead, which is of a rufous colour. 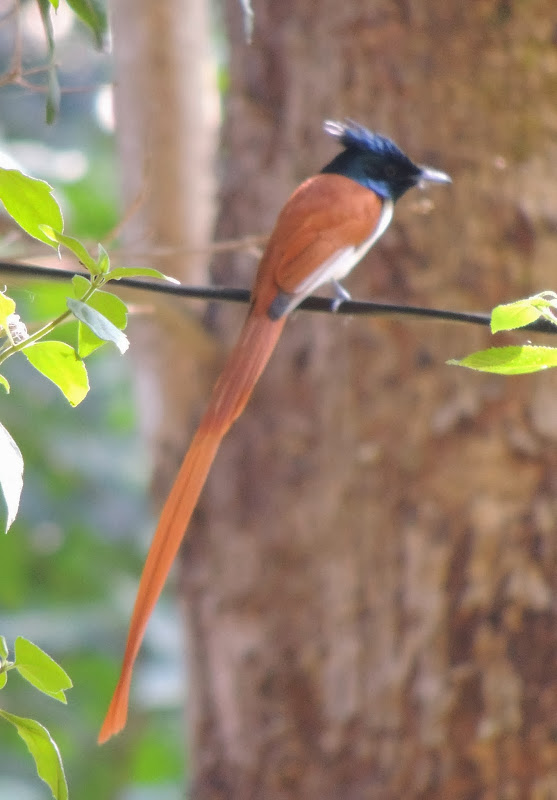 When there were no birds around, there was still lots to see... such as these spiders... 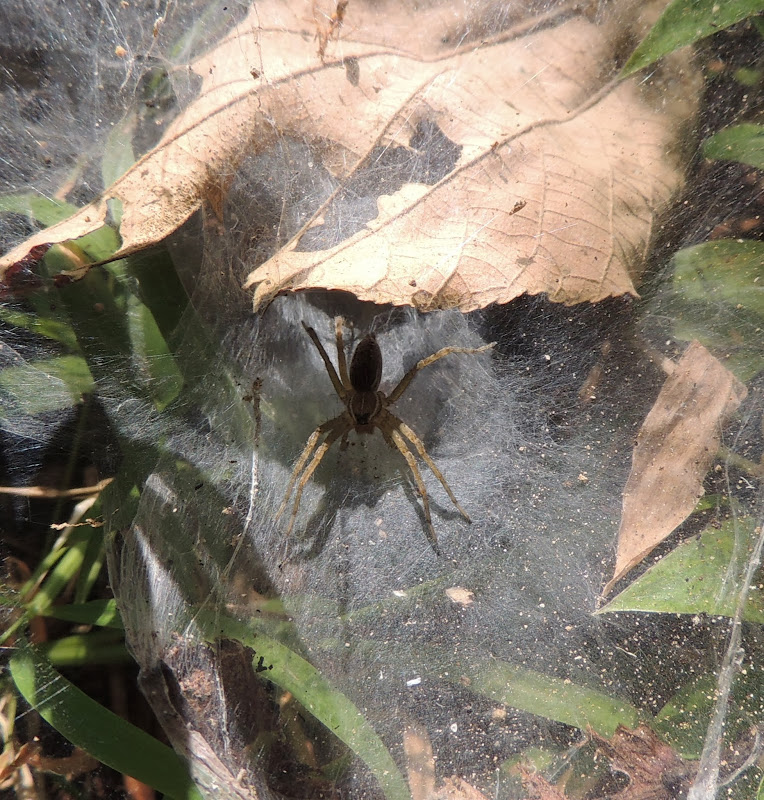 We spent almost a whole day at the Old Magazine House, and simply sat by the bird baths, watching these beautiful birds as they flitted past, or talking to the other, more experienced, more knowledgeable, and of course, better equipped birdwatchers, about... what else? birds of course! We left the next afternoon, heading to another JLR property - the Kali River Adventure Camp. While Samhith enjoyed himself trying out all the adventure activities spread out across the resort... 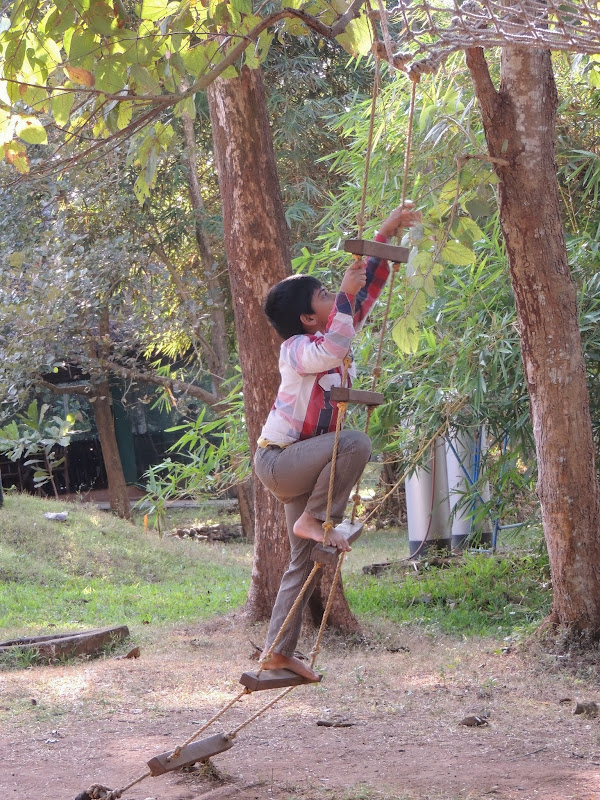 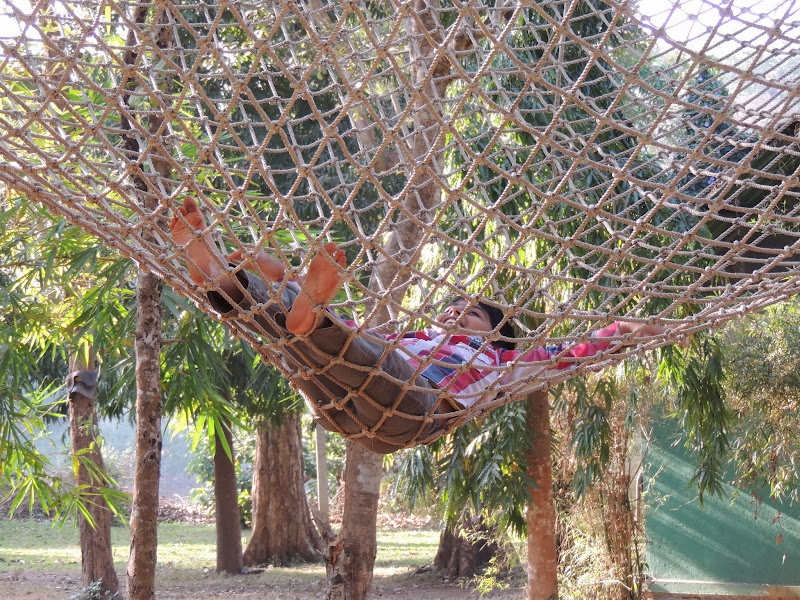 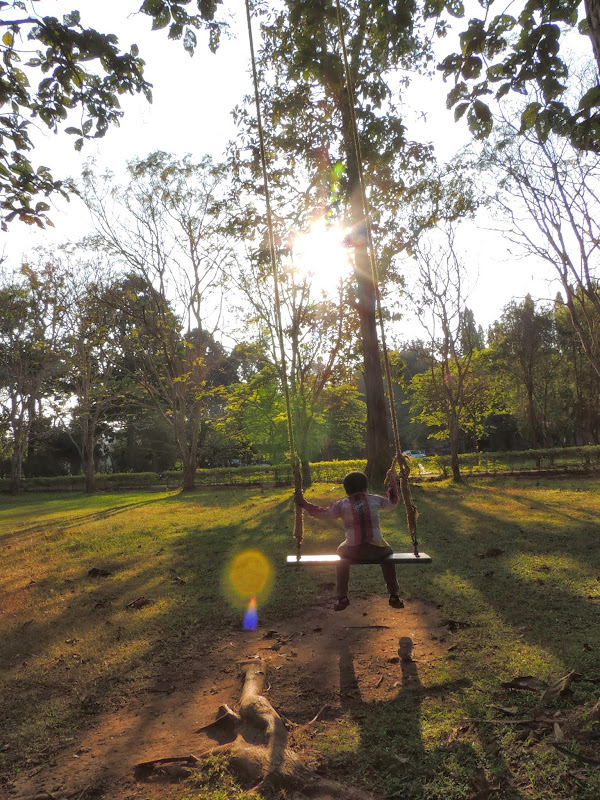 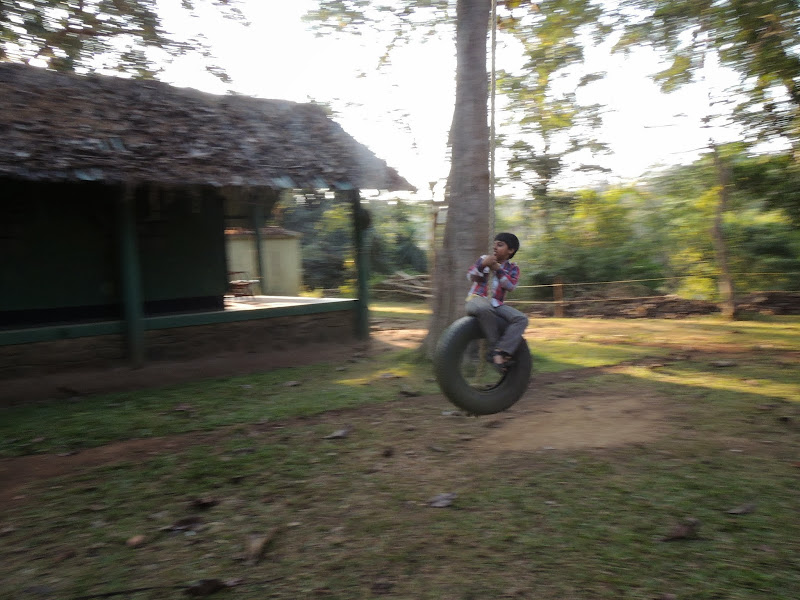 I indulged in a bout of nostalgia, for this is the resort I first came to, with Shankar, back in 2002. This was the first trip we went on, after our marriage, the first time we tried an offbeat adventure, the first time we really enjoyed the magic of travel. Is it any wonder then, that we were addicted? 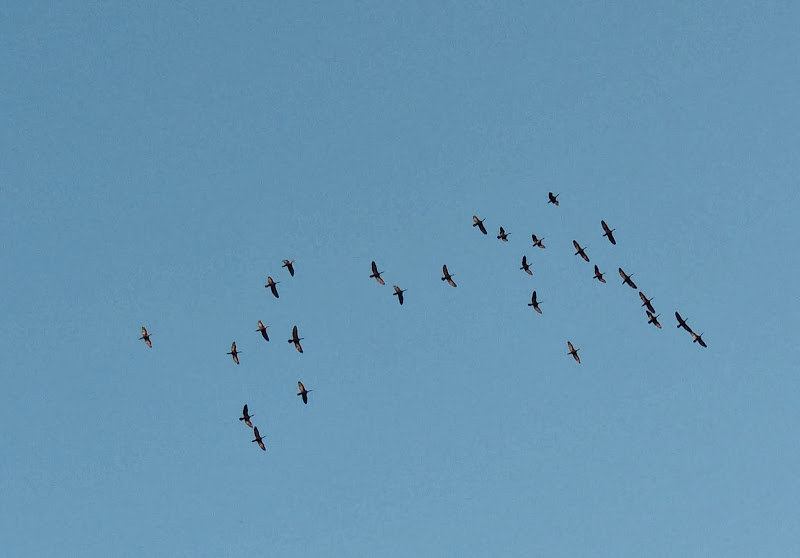 The nostalgia continued on a coracle ride, when we spotted crocodiles... 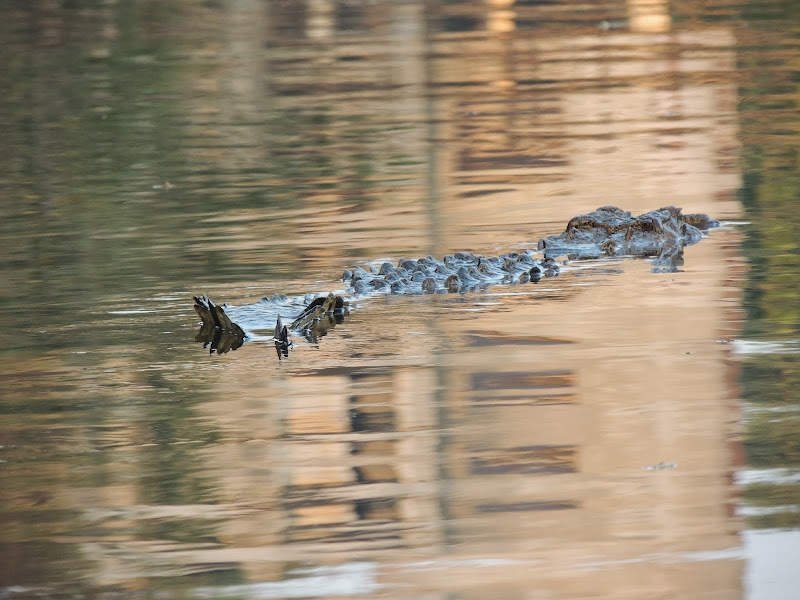 And of course, more hornbills! 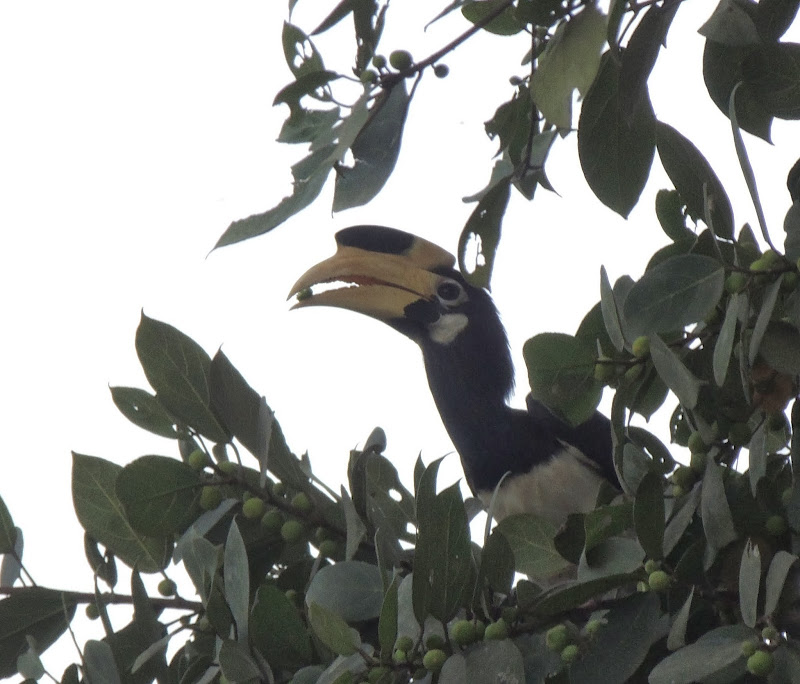 And this is where our trip came to an end - on the banks of the Kali River once again! 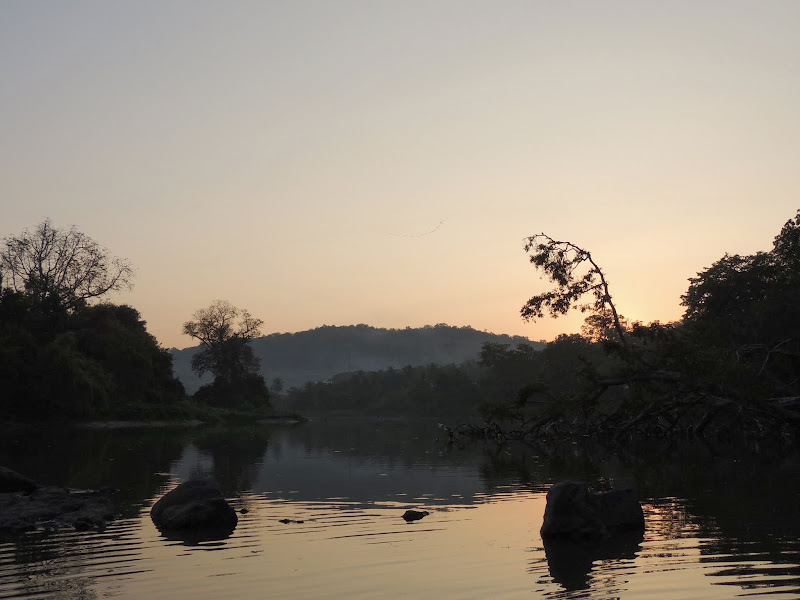 Add to all these, the experience of meeting blogger friends – Neelima, Santosh and Karthik, and also making new friends, and I couldn’t have asked for a better way to begin the year!

This trip was organised and arranged by Dandeli.com, a website dedicated to developing tourism in and around the area. They made all the arrangements and customised the plan to suit my interests, which is what made the trip so memorable. My heartfelt thanks to them for the experience.