January 21, 2014
He was someone who threw away a life of luxury to embrace poverty. How he rose above it all, attained the kingdom of God, and became a saint, is a long story. But, standing inside the church named for him, I realise that the church seems to have seen just as many highs and lows as him… and survived to tell the tale. 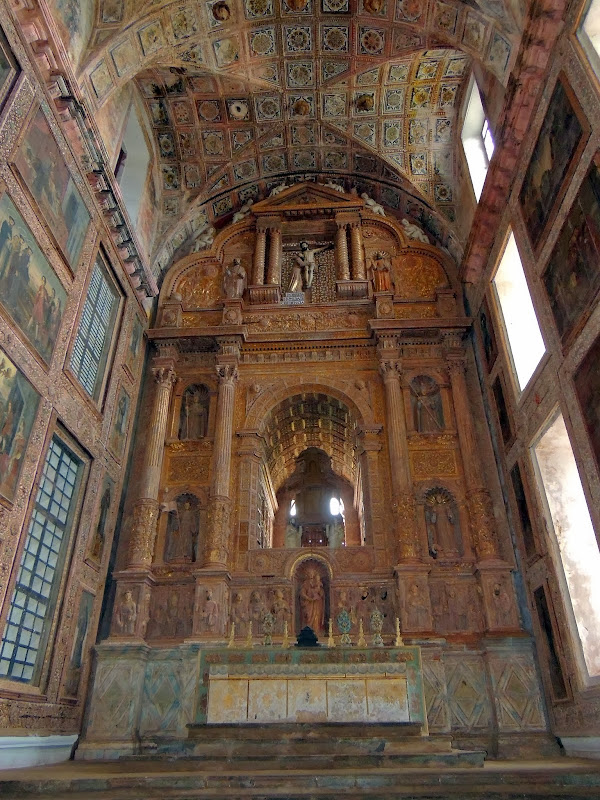 I am at the church of St. Francis of Assisi, at Old Goa, staring up at the magnificent frescoes on the walls, craning my neck for a better look, marvelling at the fact that these paintings have lasted as long as they have, wondering what they would have been like, when the paint was still fresh, and the church filled with the devout.

The Church of Francis of Assisi is right opposite the Basilica of Bom Jesus, and most of the tourists come here to see the archaeological museum maintained by the ASI in the convent which adjoins this church. Few enter the church itself, probably because it is just one of the many churches here. But that only makes it a better experience for me – the church is almost empty, and I can enjoy it in peace.

Noticing the intricate details on the frescoes, it is easy to understand why this is one of the churches under the UNESCO World Heritage Site list. Each of these churches have their own USPs. For this one, it is the frescoes and the paintings which draw eyes and awe.

Almost every inch of the walls and ceiling are decorated… either with floral patterns, Christian art, or telling us the story of Francis of Assisi. After all, it is a story worth the narration.

Born in 1181/82 to a prosperous silk merchant, Giovanni di Pietro di Bernardone, nicknamed ‘Francesco’ by his father, lived the life of a wealthy young man, even fighting for his country as a soldier. A vision brought him back home, and he soon lost his love for worldly life. Giving up his vast wealth and legacy, he took to begging and founded the Franciscan order which was authorised by Pope Innocent III. His following grew, as did his fame, and in 1224, he received the stigmata, (a term used to describe body marks, sores, or sensations of pain in locations corresponding to the crucifixion wounds of Jesus Christ, such as the hands, wrists, and feet) making him the first recorded person to bear the wounds of Christ's Passion. He died in 1226, and was proclaimed as a saint in 1228. He is known as the patron saint of animals, the environment, and is one of the two patron saints of Italy. He is also known for the creation of the Christmas creche or Nativity Scene.

Coming back to the church, it was a group of eight Franciscan friars who arrived in Goa in 1517 and obtained permission from the Portuguese Governor to build a small chapel. In 1521, they built a church consecrated to the Holy Ghost, which was later pulled down and the present church was built on the same spot in 1661.

Half a century has passed since then, and time, and the abandonment of Old Goa has taken its toll. The paintings are fading (even though they have probably been partly restored), and, unlike at the Basilica, there is no one here to give us an insight into all these beautiful works of art and devotion. However, standing under the majestic dome, feeling small and humble, I can’t help thinking St. Francis would have approved. After all, he left behind grandeur and wealth for poverty and suffering, and his memory still endures. As will the church built in his memory. 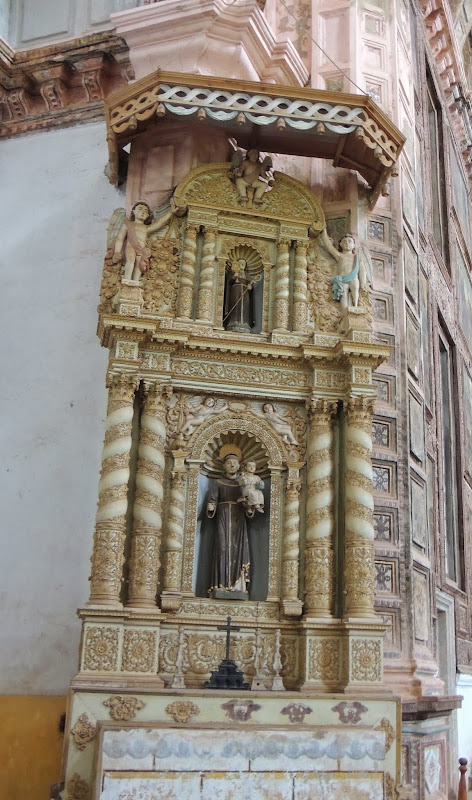 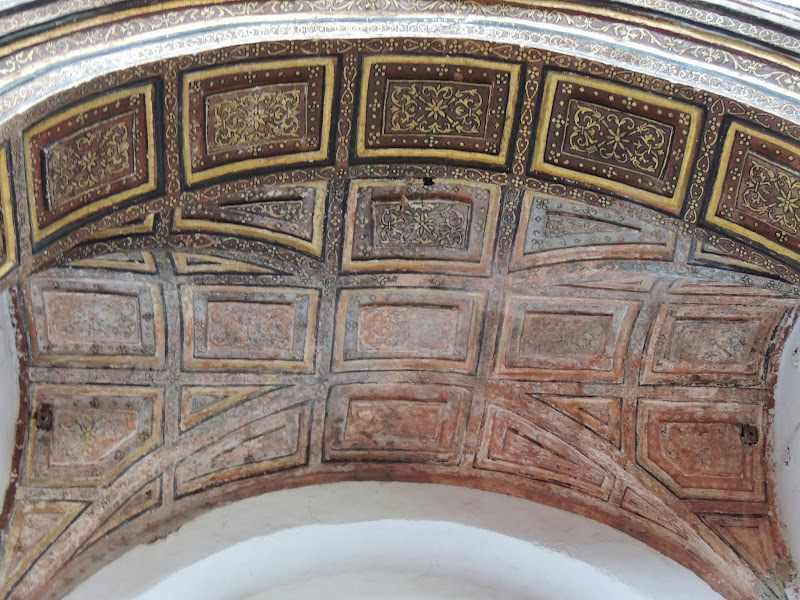 This post was originally published on the Club Mahindra Blog. You can read it here.