January 11, 2014
The Malabar Giant Squirrel or Indian Giant Squirrel is described as “an upper canopy dwelling species, which rarely leaves the trees. It is a shy, wary animal, not easy to discover; it is active mostly early in the mornings and evenings, resting in the midday.” 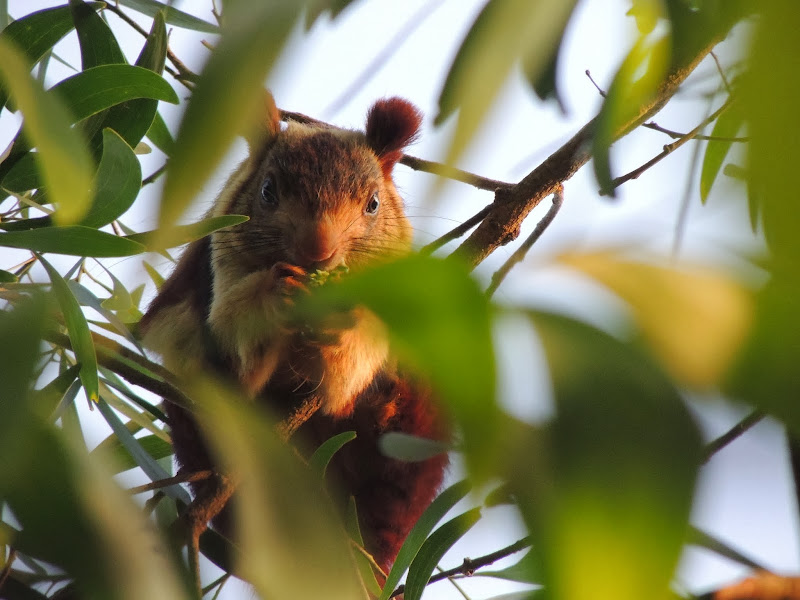 Till recently, I had only had fleeting glimpses of the Giant Squirrel, usually as it disappeared into the dense canopy before I could get a close look. Which is why, when I saw one perched atop a tree outside my room, I waited till I got some decent photos before calling out to Samhith and the others, informing them of its presence. 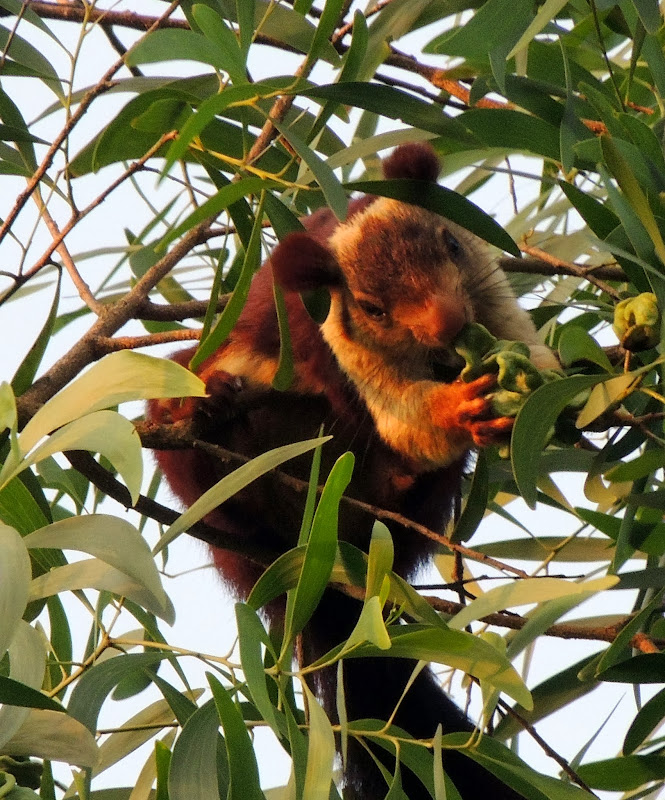 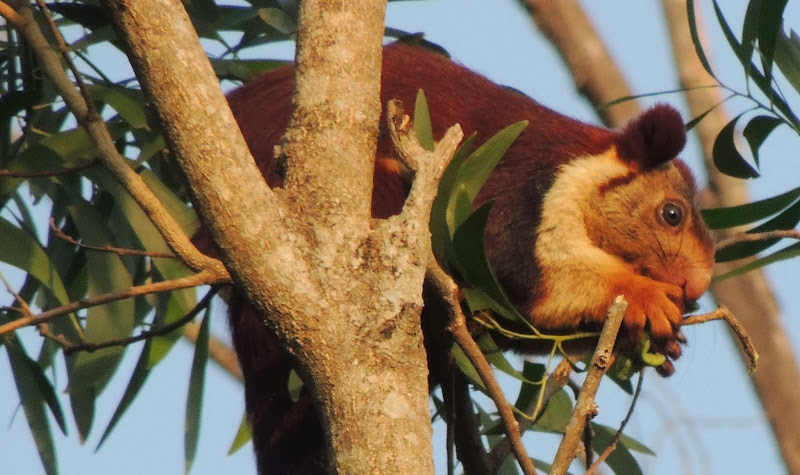 As it turned out, I needn’t have worried. It was a regular visitor here, having its breakfast, and in no hurry to leave before it had its fill! It stayed on that particular tree for over an hour before finally taking a massive leap to another one, and disappearing in seconds! 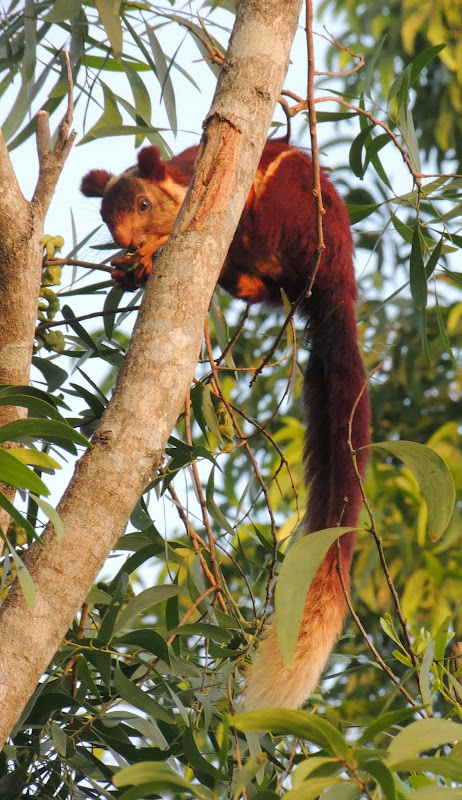 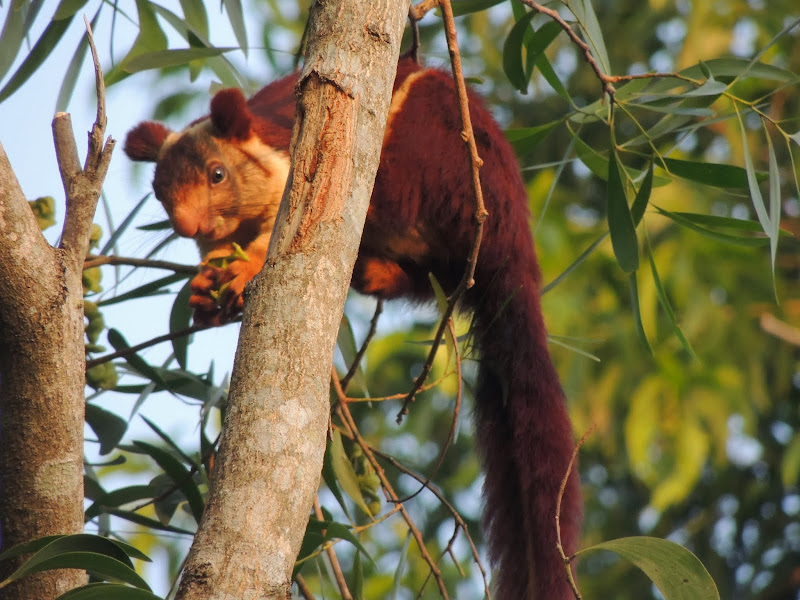 The Malabar Giant Squirrels are a species endemic to the deciduous and moist evergreen forests of Peninsular India, extending as far as the Satpura hill ranges of Madhya Pradesh. 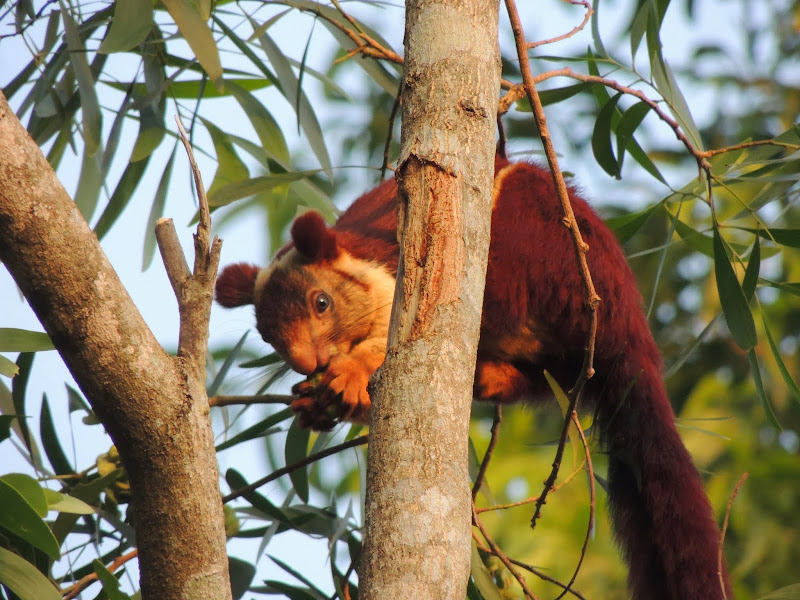 Incidentally, it is also the State Animal of Maharashtra, and is called ‘Shekru’ in Marathi. The Bhimashankar Wildlife Sanctuary was created in 1984, specifically with the aim of protecting its habitat. However, I saw it, not in its protected sanctuary, but at Dandeli, at the Dandeli Jungle Camp, where I stayed for a night during my recent trip.

I visited Dandeli as part of a trip organised and arranged by Dandeli.com, a website dedicated to developing tourism in and around the area.