January 16, 2014
In a time long, long back, even before temples were built, certain sites were considered sacred. Among such sites are the islands on the Kaveri, which were marked out as abodes of Lord Vishnu. It is said, that when the Kaveri flowed down from Agasthya’s kamandalu, free and unbound, she asked a boon from Lord Vishnu, that she be considered more sacred than the Ganga. And Vishnu agreed. He replied, “The Ganga flows from my feet. You, Kaveri, are my garland! And it is thus she flows, around these islands demarcated for Him, like a garland, sanctifying the land, and those of us who visit, with her mere presence. The first among these islands is Srirangapatna, near Mysore.

Lord Ranganatha here is called Adi Ranga – the first among the Ranganathas, since there are more such abodes of his, downstream. The temple here is an ancient one, first built by a Ganga chieftain, Tirumalaraya, in 894 AD. The temple was later expanded by the Hoysalas, the Vijayanagara kings, the Wodeyars, and finally, Hyder Ali. The Hoysala and Vijayanagara influences are clearly evident, especially in the pillars and columns.

The entry to the sanctum is through a mandapa, which is decorated with various forms of Vishnu. Unfortunately, photography is not allowed inside the temple, and the outside was under renovation when we visited, so I do not have many photos to show you. 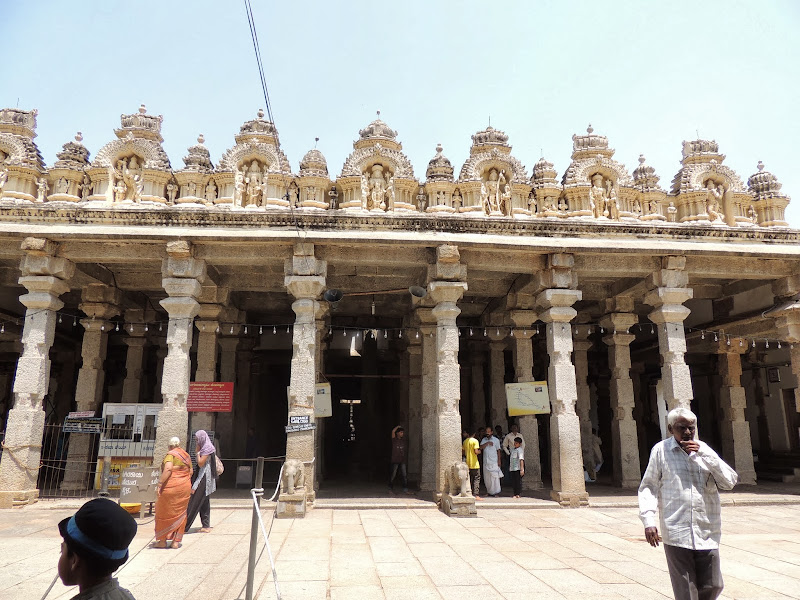 The main sanctum has a massive idol depicting Lord Vishnu reclining on the seven hooded Adishesha, his consort, Lakshmi at his feet, and other deities flanking him. This is said to be the biggest Ranganatha idol in Karnataka. 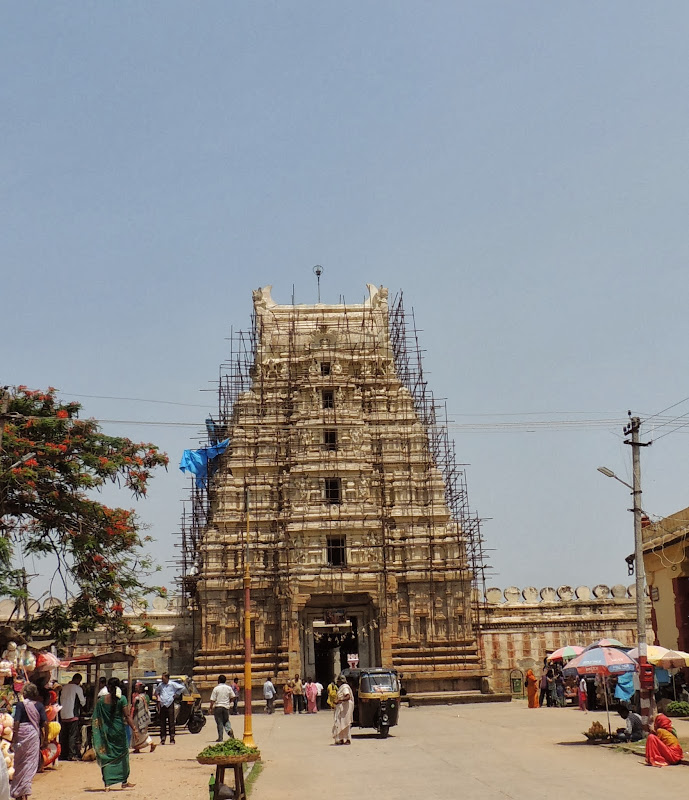 Interestingly, as I mentioned before, all the major islands on the Kaveri are dedicated to Ranganatha Swamy, and there are three such island temples –


A single day pilgrimage to these three temples is considered extremely sacred, and is popularly called ‘Tri-ranga Darshanam’.

Even more interestingly, this temple also figures on another pilgrimage list – the Pancha Ranga Kshetram, or 5 shrines of Lord Rangnatha. These five temples are -


The story of the Ranganatha Swamy temple is the ancient story of Srirangapatna. However, the city has more stories to tell … stories from the more recent past, as well as the present. Over the next few weeks, you can look forward to reading more of these stories, so keep coming back!