Kumbhalgarh, about 90 Kms from Udaipur, is one of the biggest forts in the Mewar area of Rajasthan. It was built by Rana Kumbha in the 14th century to protect Mewar against the Mughal invaders. Though it is Rana Kumbha who is credited with building the present fort, there was an earlier structure at the same place built by the Jain King Samprati. The fort’s claim to fame lies in its 36 Km long wall, which is said to be the second largest after the Great Wall of China. 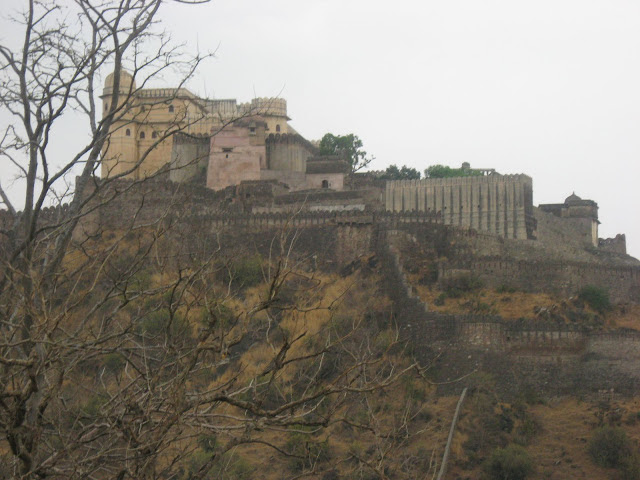 Club Mahindra has recently opened a new resort, Club Mahindra Fort Kumbhalgarh, just 5 Km from this historical site. I had been looking forward to visiting the fort ever since I read about it, and when Shankar suggested spending Samhith’s March-end school break there, I happily agreed and made reservations. It has been my experience that our well planned holidays rarely work out, while it is the unplanned, at-a-moment’s-notice ones that are the real successes. I was therefore skeptical of ever leaving for Kumbhalgarh as we had planned. In the end, we cut down our planned ten-day holiday to five, but even after a hectic trip to Shirdi and returning much later than expected (see my earlier post), we left for Falna by the Ranakpur Express.
Kumbhalgarh is equidistant from both Falna and Udaipur. Udaipur is the nearest airport, while both stations are about 90 Kms away, in different directions. We chose to take a train to Falna simply because it was the only choice that we had. There is a train to Udaipur from Mumbai which only runs once a week, but it was fully booked. From Falna, we had no trouble finding a tourist car to take us to Kumbhalgarh. There are lots of taxis available just outside the station, fields and mountains. The route is scenic, and the roads are good, making the drive a pleasant one. We were lucky to get a good driver, one who kept telling us all about the area. It was news to us that Falna itself was a place of no great importance, but it was a popular station for pilgrims, as there were a number of important pilgrim places, especially for Jains, in the vicinity. and the rate is fixed- Rs.1000/- no bargaining at all. If the rate seems high, it is because the 90 Kms is through the mountains, and they don’t get any passengers while returning.

When we think of Rajasthan, we conjure up images of vast deserts and miles and miles of no vegetation, and barren land. So it was a pleasant surprise when we passed fields and fields and more fields all along the route. It was again our driver who enlightened us. He says that though there had been a drought in the area for about 8 years, it had been raining well for the last 3 years, and the place was quite fertile. There are mango trees, sugarcane and wheat fields all over this area. There are lots and lots of trees, many of them medicinal ones, and local ones used for specific purposes. Among these are the Amla trees (gooseberries) and the local Khakra tree, which bears a beautiful red/orange flower that seems to be softer than velvet! 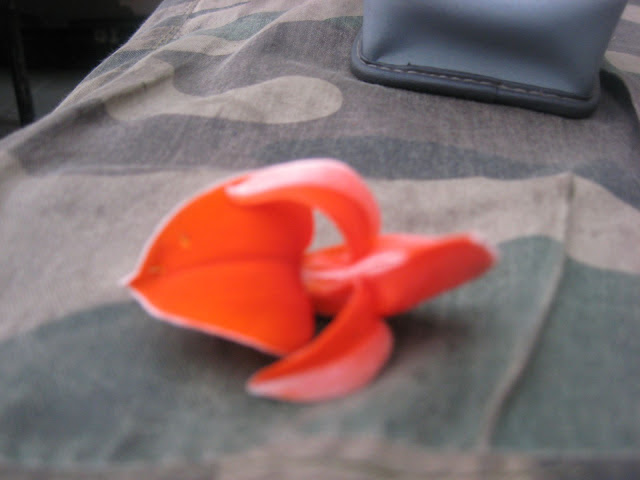 The drive through the Aravalli mountain range took us through wooded hills which abound with monkeys, mostly langurs, and peacocks. Samhith enjoyed the ride so much that though it took us about two hours, and we hadn’t yet had breakfast, he didn’t once ask for food!
Club Mahindra Fort Kumbhalgarh is a new resort, which opened just about 3 months back. They are still in the process of improving and adding the facilities at the resort, but it already lives up to the expectations that one has from a Club Mahindra resort. I am sure that within a year, when the resort is fully operational, it will be another feather-in-the-cap for Club Mahindra. 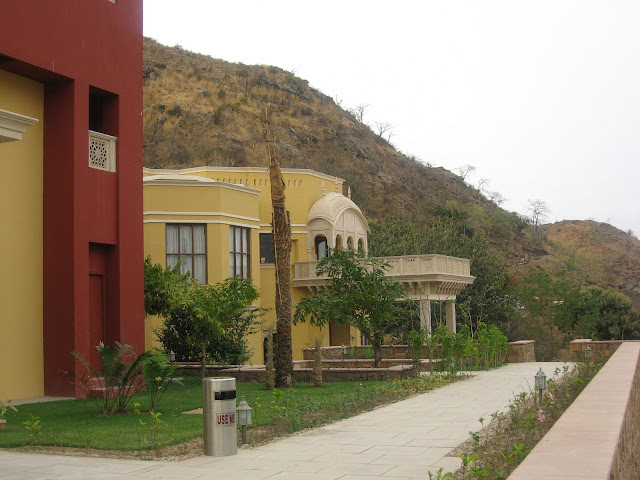 There are only 4 other resorts at Kumbhalgarh- The Tiger Valley Resort is the immediate neighbour of Club Mahindra. Apart from this, there are the Kumbhal Castle Resort, The Dera, Kumbhalgarh, and The Aodhi. Since we did not stay at any of these resorts, or even have a look inside, it would be unfair of me to make any remarks about them. However, I must say that among all these, The Aodhi, which is the nearest to the Fort (1Km), is the one most favoured by foreigners, who make up the majority of tourists to this area. The Dera is a tented resort, and the tents look fascinating. It would be an interesting experience to stay at such a place.

We reached the resort just in time to get some breakfast before they cleared everything up, and headed straight for a much needed nap. However, that was not to be. Shankar found that our mobiles were useless in this place. Both of us have Reliance mobiles, which didn’t pick up even a hint of a signal in this far-away place. He decided to call up the office from the land line to check out if things were all right, and that set the tone for the next two days- Shankar on the phone, managing work from afar, and me keeping Samhith occupied, as usual. It was only the next evening, when Shankar seemed to have managed things up to a point, that we were able to visit the fort, for which we had come all this way.
More about that later. Look out for my next post!!!!