April 16, 2008
Train journeys can be fun- as I keep telling Samhith. He usually gets bored on trains, and either wants me to read to him all the time, or climb up and down, troubling everyone else, and getting hurt. This time, however, the trip to Kumbhalgarh was different. We had great company in our coach - 4 young boys, about 20-25 years old, with their family, on their way to their hometown near Falna. They were only too glad to play with Samhith, and he kept them occupied! It was certainly the best train journey I have had since Samhith was born. I don’t know their names, but when we got off the train at Falna, I asked them to pose with Samhith for a photograph, and they happily obliged. Samhith remembers their nick-names, with which he called them, and I have the photograph for him to remember them by. It was certainly a memorable journey! 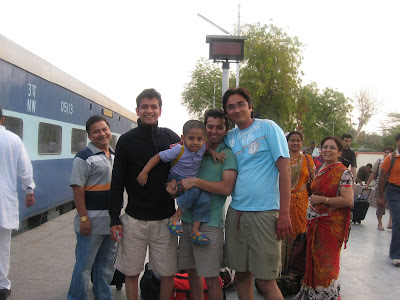 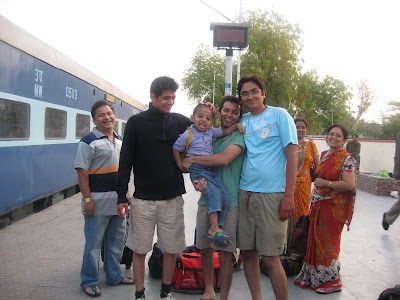 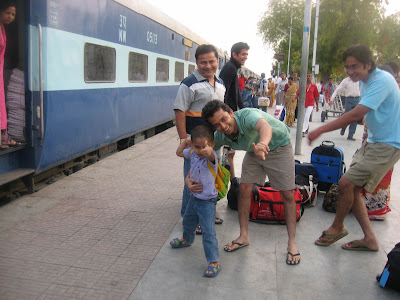 I am an avid photographer- not a very good one, but I just enjoy taking photos of just anything and everything. This time, while we were approaching Virar station, I was able to get a good shot of the Jivdani temple. This temple, situated on a hilltop is a very popular one, but unfortunately one I have not yet visited. I hope I get to visit the temple soon – meanwhile, I have photos of the temple. 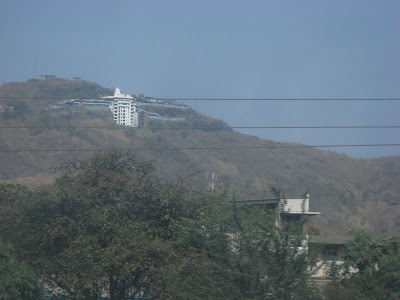 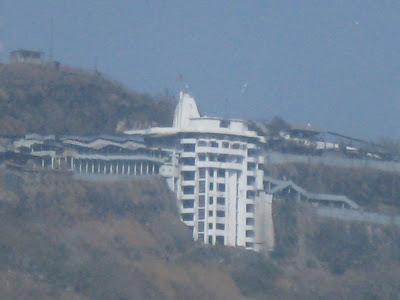 Shankar refuses to touch the camera, but Samhith is taking after me, and keeps asking me to let him use the camera. While we were on our return journey, the coach we were in was empty, and we had the whole place to ourselves. While the train was held up at a small station, we saw this temple near the tracks. As the train was stationary, I helped Samhith take a photo, and the result is in front of you. It was a Tuesday, and women were praying to Shitala Devi, a form of Durga, for good health and a long life of their husbands. 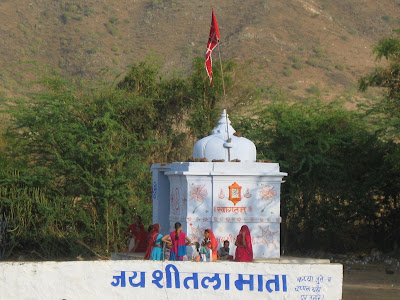 I also took some snaps of the sunset, as seen from the train. 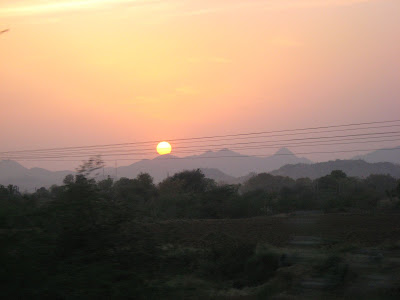 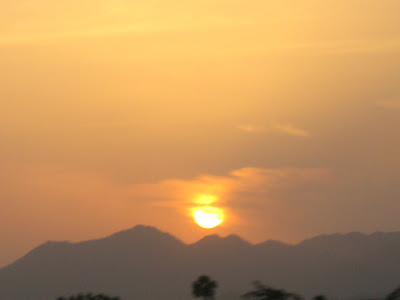 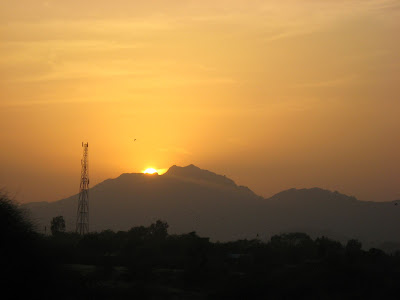 This was, really a wonderful trip, as we had a good time on the train too, and Samhith wasn’t bored at all!
Club Mahindra Kumbhalgarh train Travel vacation