Wayanad - Encounter with a Python

June 11, 2013
“There is a python in the jungle. Would you like to see it?” these words were enough to get Samhith all excited. Of course, we first refused to believe we could actually see a python in the wild. Then, we wondered if it had been captured and was being used as an exhibit. It was only when we were assured that the python was by itself, probably incubating its eggs, and that it was by no means captured, and that it was perfectly safe, that we agreed to go have a look. 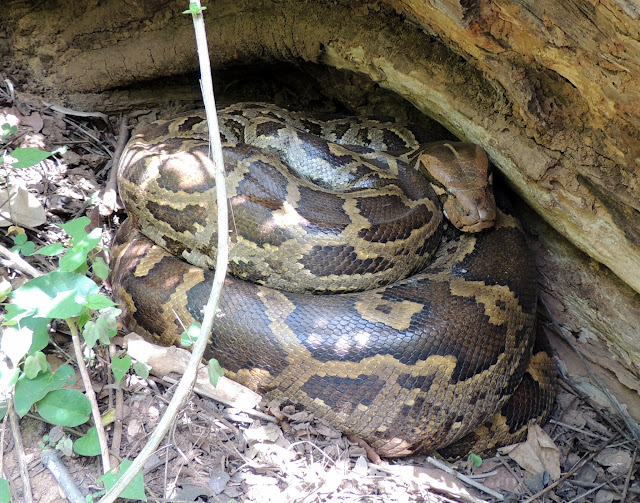 We were on our way to the Kuruva Island, and had just passed the ruined temple, when our guide asked us this question. Our acceptance meant a slight detour, and change in plan. We headed off into the forest, through winding roads and lush greenery which belied the summer, and finally came to stop in front of a chain tied between two trees which served as a marker for the protected forest area. There were none living here but some local tribes, and, for the moment, we were the only people here, seeking an encounter with a python! 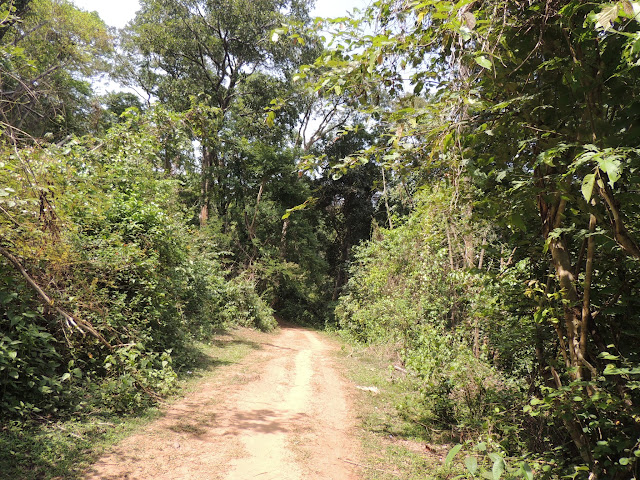 A forest guard met us here, and led us into the jungle. A deep ditch served as a more effective boundary for the jungle than the thin chain, since it (usually) succeeded in keeping the elephants away, or so we were told. 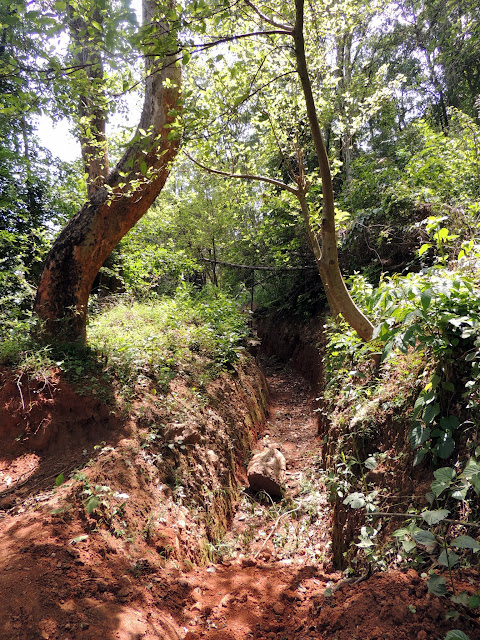 I was fascinated by the huge trees here, which formed a tight canopy over us, with the sun peeking down through the slight gaps in the foliage. As we went further, the path became narrower, and eventually, we had to step over some bushes to where we were told, the python lay resting. 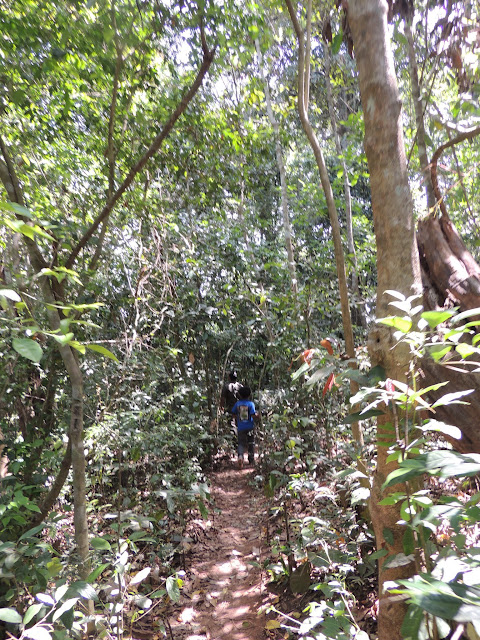 Warned to keep quiet, trying to make the least amount of noise, and with throbbing hearts, we approached what appeared to be just another bush, and there it was......

In a sort of cave formed by the bushes, the python lay, curled up tight, its eyes closed. Even at rest, it appeared so impressive. 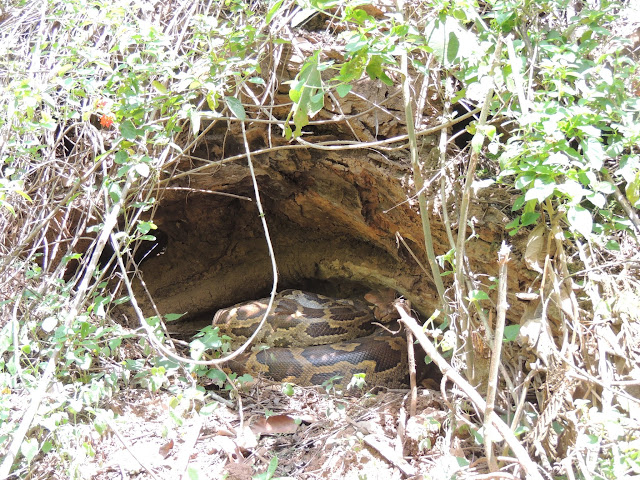 We were told it had first arrived there a couple of months earlier. It was seen all over the place, and then it had disappeared, only to return some weeks later, when it settled on this spot and refused to move. It was supposedly a female, incubating its eggs. Indian Rock Pythons normally incubate their eggs for about 58 days, so the python was expected to stay put for about 2 months. When it first arrived, it was so huge that it took up the entire space within the cave-like nest, but now, almost a month later; it occupied less than half the space. Can you imagine giving up food and sitting put in one place, just so your young ones can grow? 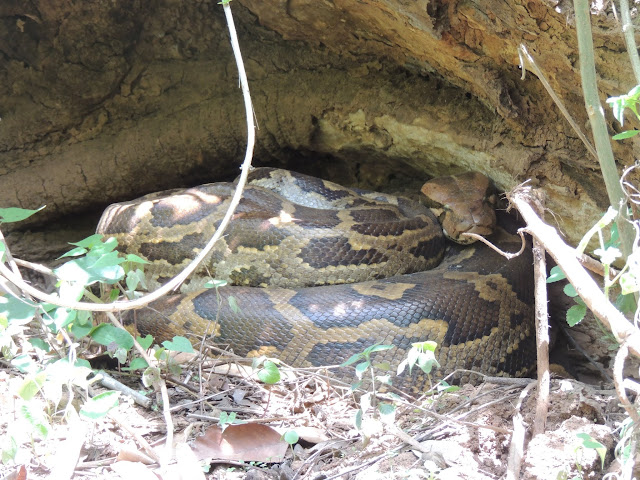 It was while we were returning that we met another bunch of people, also escorted by a forest guard, on their way to see the python. It was evidently becoming an attraction, and I wondered how safe the python and its young ones would be, under the circumstances.

Indian Rock Pythons are classified as ‘Near Threatened’ species, and to think of one getting ready to bring her young ones into the world so close to civilization was unbelievable. It is an experience I will treasure, yet I wonder if it was the right thing to do. The gawking crowd will surely increase by the day, and I wonder what its impact will be on the python. Will she consider the onlookers a threat to her children? What happens when the eggs hatch and a number of young pythons are let loose? Will our inherent fear of snakes prove to be too much for the young ones, which remained safe under their mother for months?

I don’t really know the answer to these questions, but I can only hope that the python and her young remain safe and get back into their world without any interference.