September 26, 2014
On the second day of Navaratri, here is the story of two temples dedicated to the Goddess. Both are in Jaisalmer, and though I have visited Jaisalmer twice, I haven’t yet visited these temples. I first heard of them from my uncle, who, on an official visit to the city, took time out to visit the border, and, on the way, these temples. I was so fascinated by his stories, that I asked him to pen them down for me. So, here they are, as a guest post from Mr. K.S.Raghuraman, who, apart from being my maternal uncle, also worked at the Airport Authority of India , and managed to travel across the country and beyond, for work and pleasure! :) 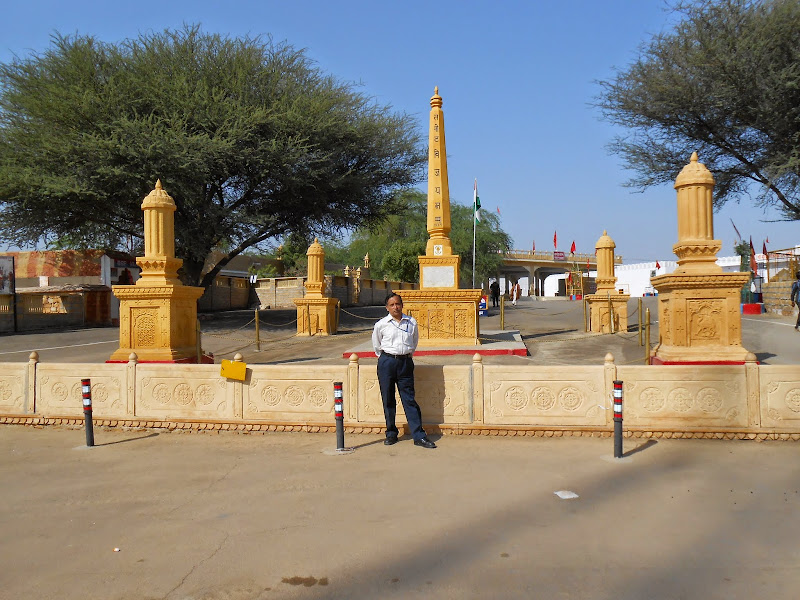 While on a visit to Jaisalmer, Rajasthan, I visited the temples of Tanot Mata and Ghantiyali Mata, who are sisters and considered as ‘Miracle Goddesses’, by the people of the region as well as BSF personnel posted there. The temples are situated close to the international border with our neighbouring country, Pakistan.

The drive to the temples took us almost two hours. Driving through the Thar Desert was exhilarating - just sand, sand and sand everywhere on either side of the road, with rarely a vehicle passing by; and the heat creating mirages in the road and the surroundings. The journey was a memorable one. 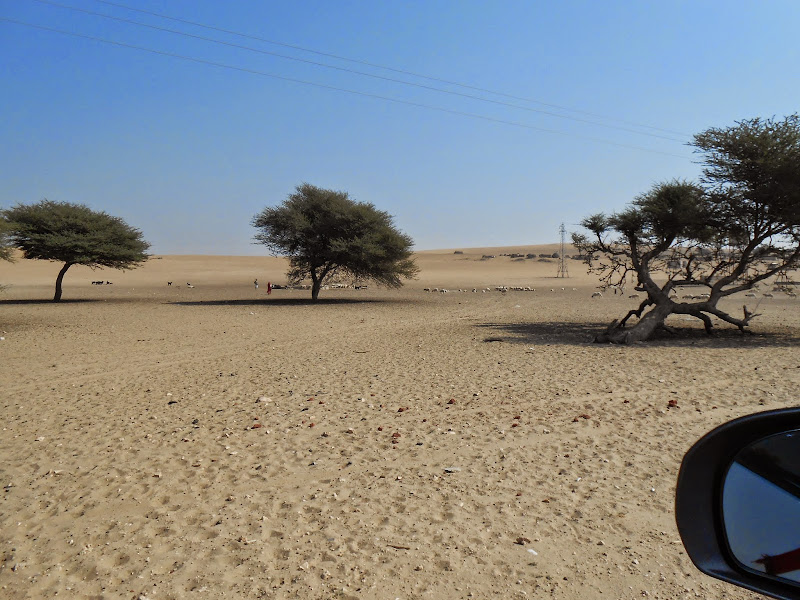 We first reached the Ghantiyali Mata Mandir, which is maintained by the BSF personnel. Apart from the main deity, there are also idols which are destroyed and beheaded kept separately on the premises. When queried, they narrated how the temple came into existence and why the people believe her to be a miracle goddess. 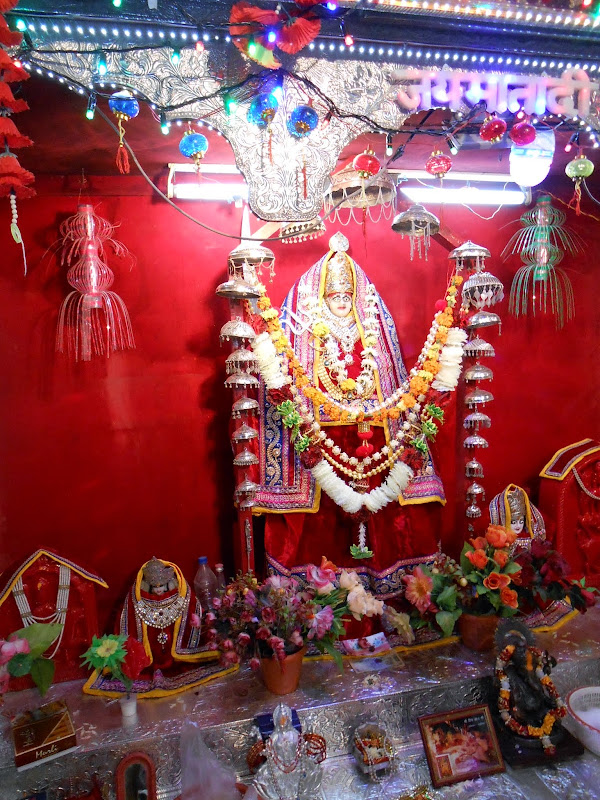 It is said that, during the Indo-Pak war of 1965, the Pakistani army had come up to this place, and destroyed the idols. Some in their army, who had objected, were also beheaded. Further, inhabitants of the entire village were murdered, and the village taken over. A woman who had gone to her parents’ house for delivery was the lone survivor. When she returned with her son, she found that the entire village was taken over by the insurgents. She went back to her parents, narrated the story, and, with no other recourse, settled there. Her son grew up, and, being teased about being fatherless, he decided to go to his village, and take revenge on those responsible. On the way to the village, he fainted of thirst near the temple. A small girl appeared with a pot of water and offered it to him. She told him that it would give him strength. She also advised him on the best way to avenge his father and the villagers.

Accordingly, the boy arrived at the village, and noticed that a marriage was in progress. He snuck in, along with the guests, killed one of them, and ran away into the darkness. The next morning, when the villagers discovered the body, they were suspicious of each other, and fighting broke out within the factions. It escalated to such an extent, that almost all of them killed each other, and the few that were left, ran away, fearing that they too would be killed! 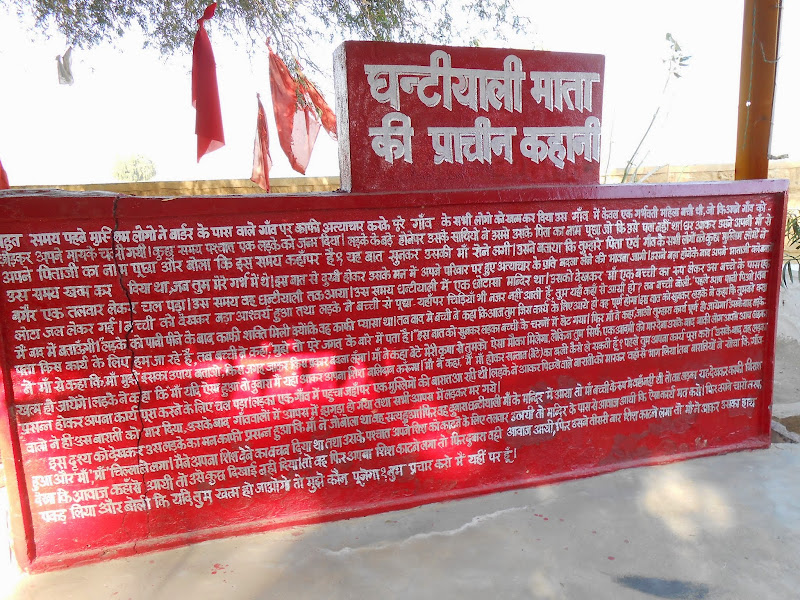 The boy was overwhelmed by the result of his one act, and was grateful to the girl for suggesting it. He realized by then that she wasn’t a simple girl, but the goddess, and, offered his head to her. The goddess appeared before him in her true form, and said “I am your mother, and a mother never takes her son’s head. You have achieved your mission, now go back and bring your mother and the others back home.”  And thus, the villagers returned once more, and the temple was rebuilt.

Marveling at this story, we next headed to the Tanot Mata Mandir. Even in the hot weather, it was chilling to know that we were only 10 Km from the International border! 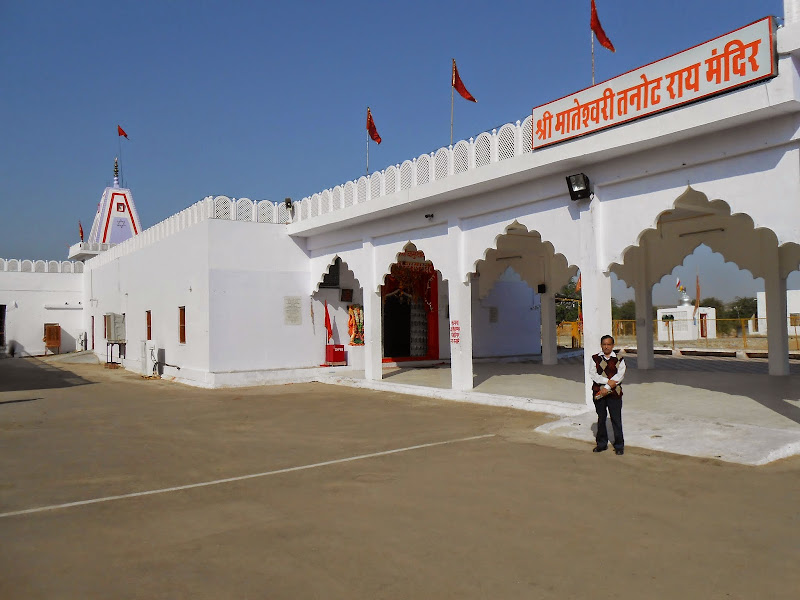 Here again, during the war of 1965, everything in the area was destroyed by the Pakistan army tanks and missiles, but not a single bullet touched the temple. It is said that the bullets /shells/ missiles simply dropped unexploded after hitting the wall! All the unexploded shells have been kept inside the temple, as a museum collection. In fact, the shells are kept inside the sanctum sanctorum and worshipped along with the goddess! Certainly a unique temple! 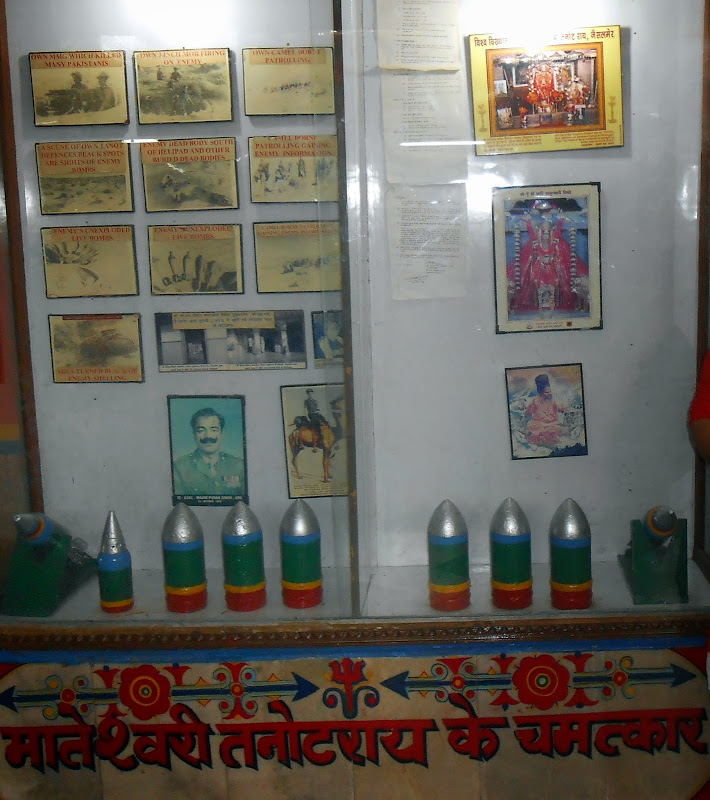 Apart from the locals, both Indian and Pakistan army have a feeling of respect for this temple. 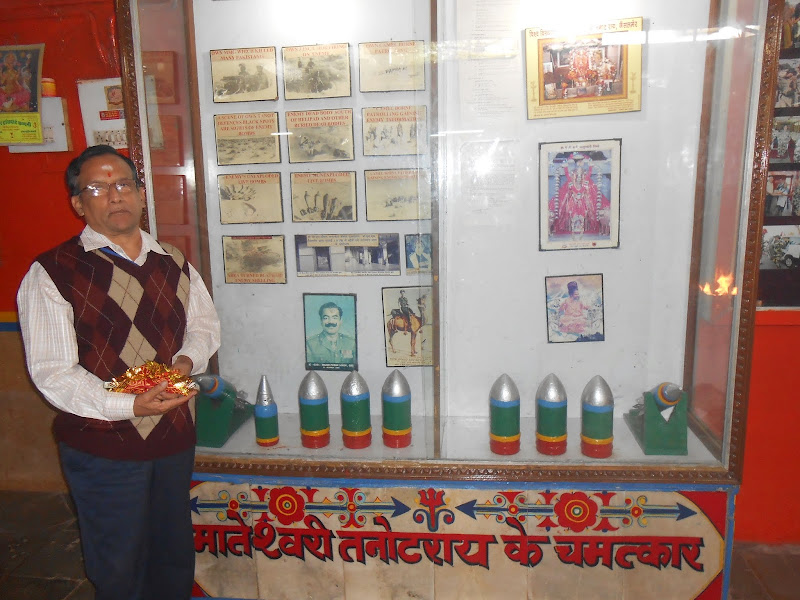 No wonder, the two sister-goddesses are called “Living Miracle Goddesses’!!