A Glimpse into our Dharamsala Experience in 20 photos

June 17, 2015
From the jungles of Tadoba in Nagpur, Maharashtra, our Summer Trip next took us to the foothills of the Dhauladhar ranges in Dharamsala, Himachal Pradesh. We spent a little over three days in Dharamsala, driving around, exploring the region, with just one caveat – no temples; at least, not big, popular, crowded ones. That was a promise we had made to Samhith, since this was part of his birthday trip! Much as I enjoy visiting temples, this was one decision we did not regret, since there was so much more to see! 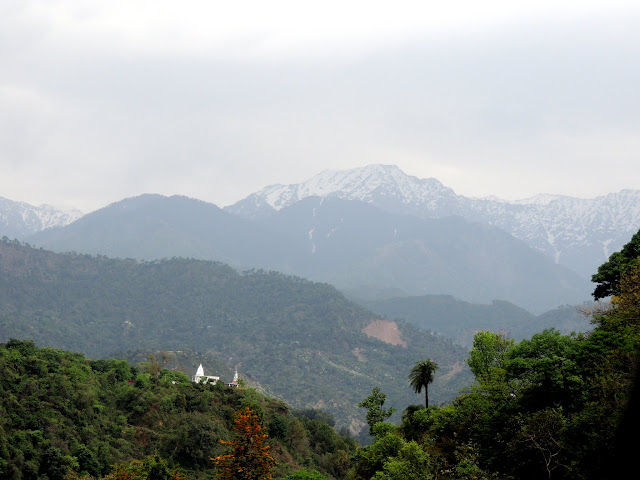 The Dhauladhars were impressive, visible wherever we went. They stood, towering over the region, its natural protectors, challenging those who dared, to scale their peaks. We didn’t, this time, even attempt to, choosing instead, to simply view and admire them, from afar.

The Deodar or Cedar trees, in spite of the harsh summer, were a bright, deep green, their shades and textures a beautiful sight....

Our intention at the Bhagsu Nag temple was to visit the waterfalls, but the crowd there dissuaded us, and instead, we found more interesting aspects right outside the temple, such as this small shrine…. And thus was our ‘no temple’ rule first broken! But we didn’t mind, at least the temple wasn’t crowded! 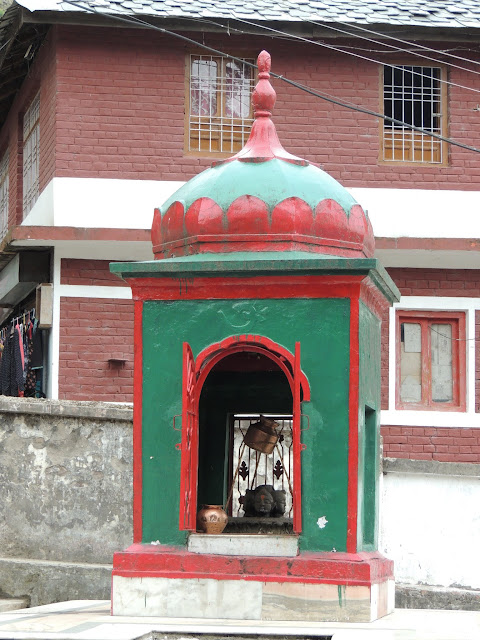 At McLeod Ganj, I was once again fascinated by the customs and traditions of Tibetan Buddhism… 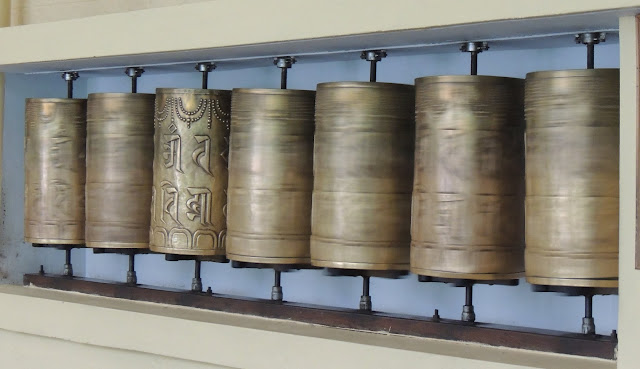 And the Tibet Museum opened my eyes to the fascinating history of the region.

Walking back, I found myself tempted by the beautiful jewelry sold at the many roadside shops… 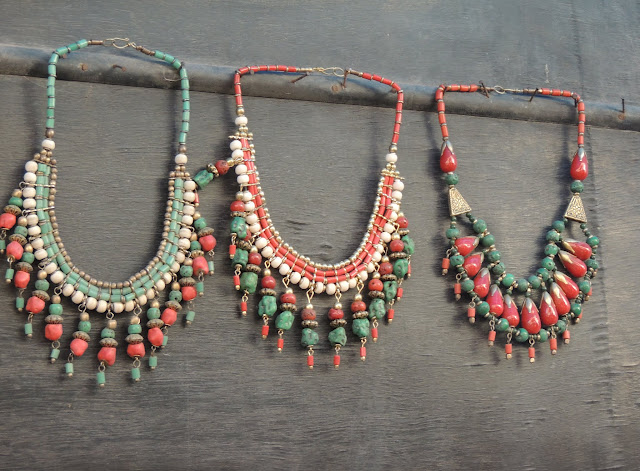 The Church of St. John in the wilderness, so appropriately named, gave us a brief brush with Christianity in the region, a welcome change after all the temples and monasteries we had seen so far. 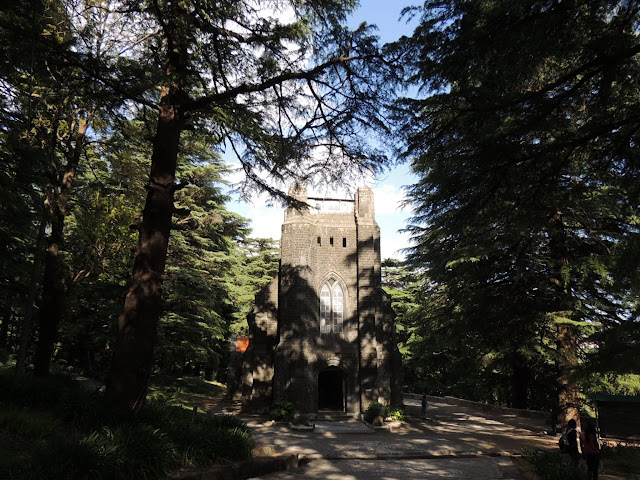 Our second day began at the Martyr’s Memorial, where I spent a lot more time watching birds, rather than the memorial itself. 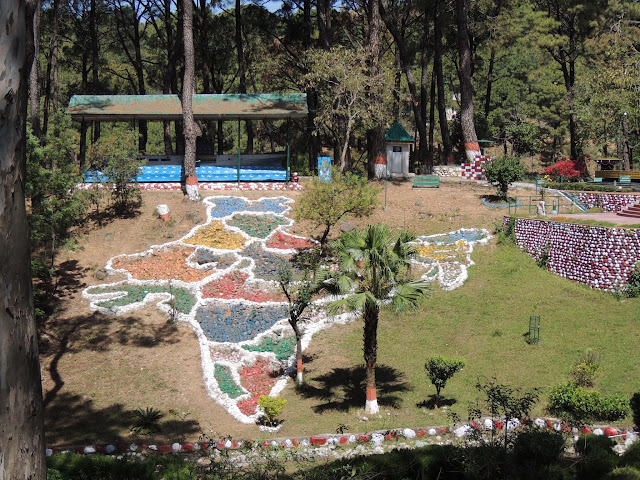 The Dharamsala Cricket Stadium was the first cricket stadium I had ever been to, and was blown away by how picturesque it was… 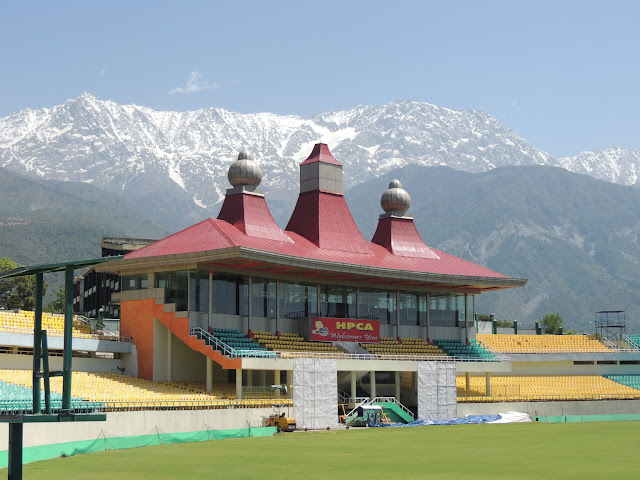 The Gyuto Monastery was deserted when we visited, yet there was much to see and appreciate. 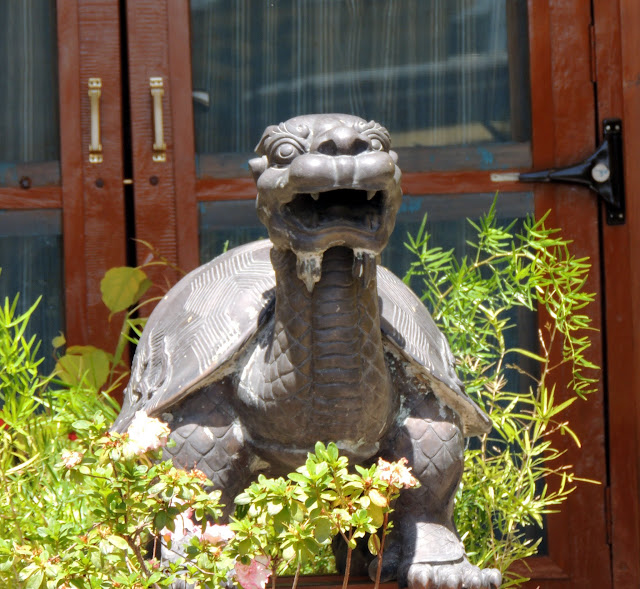 At the Aghanjar Mahadev Mandir, while my son and husband were fascinated by the river which flowed behind, I found myself intrigued by these conches someone had brought here… 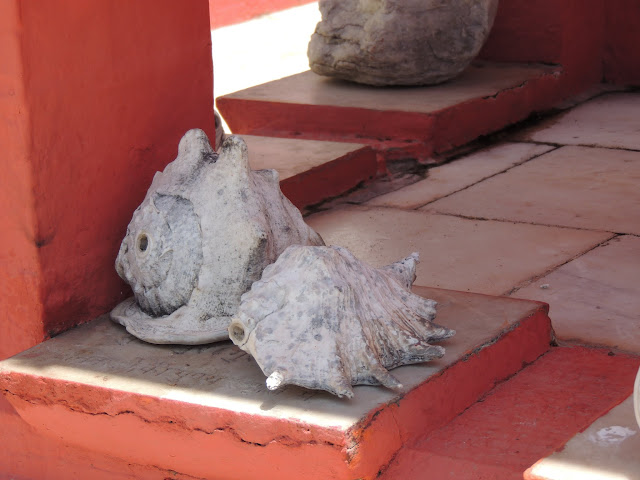 We spent hours drooling over the wonderful artwork at the Norbulingka Institute, wishing I could buy everything in sight…. 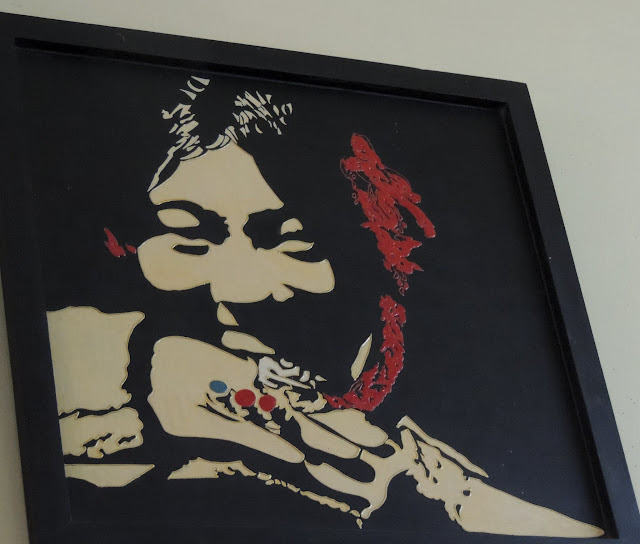 The next day, at another small temple, home to a hot spring, the play of light on the simple shrines was the most interesting thing we saw. 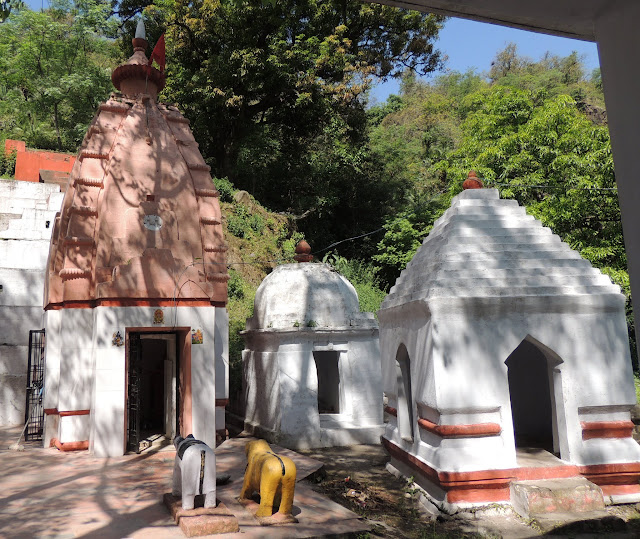 That changed, at the Rock Cut Temples of Masroor, where I found myself ignoring the scorching sun, wandering around the ruins, trying to identify the deities depicted, and imagine what it would have looked like, when the boulders had been carved into temples. 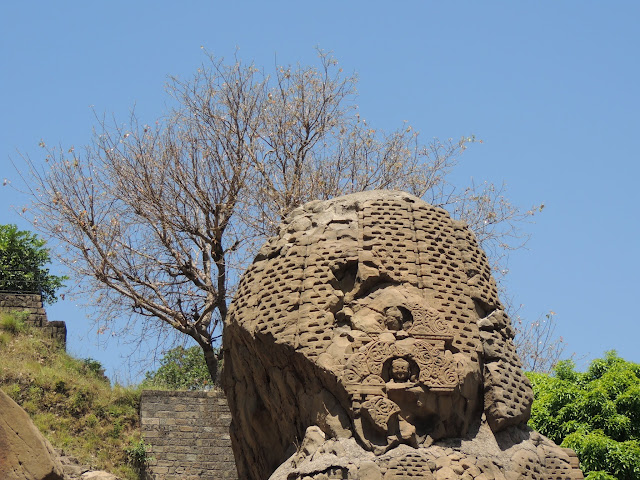 That sense of astonishment continued at the Kangra Fort, where our thoughts turned over and over again to the incredible men who had built and manned such a fort. The transition from a stronghold to ruins, and now to a heritage structure speaks volumes of all those who called it home. 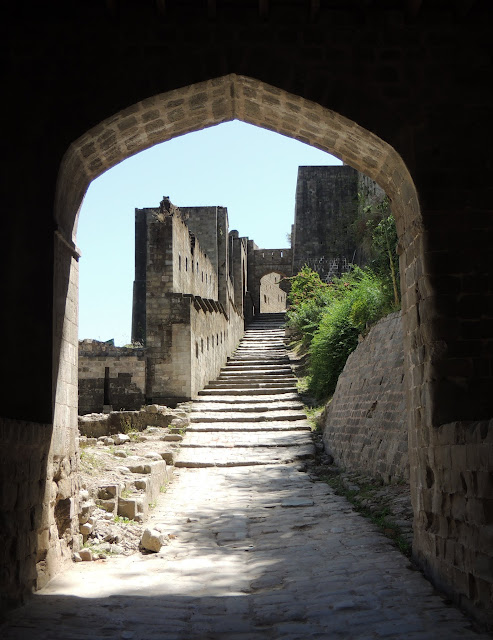 While at Kangra, ardent rail fans that we are, we made it a point to visit the Kangra Railway Station, and spent much time simply sitting there, relishing its old world charm. 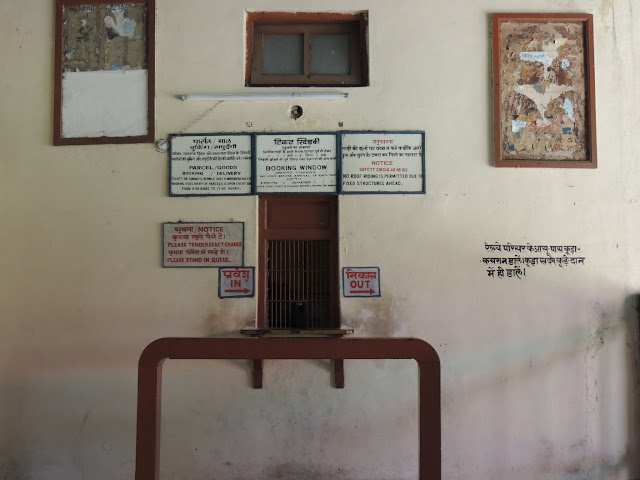 Early the next morning, we went for a walk in the tea estates, watching birds, and later, playing in the river. What better way to end a stay in Dharamsala than relaxing thus? 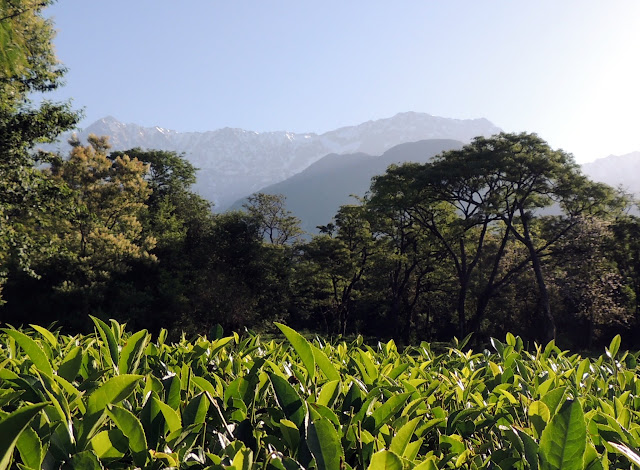 Driving back to Pathankot, we stopped, at our driver’s insistence, at the Trilokinath Cave temple, where stalactites are worshipped as Shiva lingams. Breaking once again our ‘no temple’ rule, however, was much more fun, since this too, was not just a usual temple, but a cave. 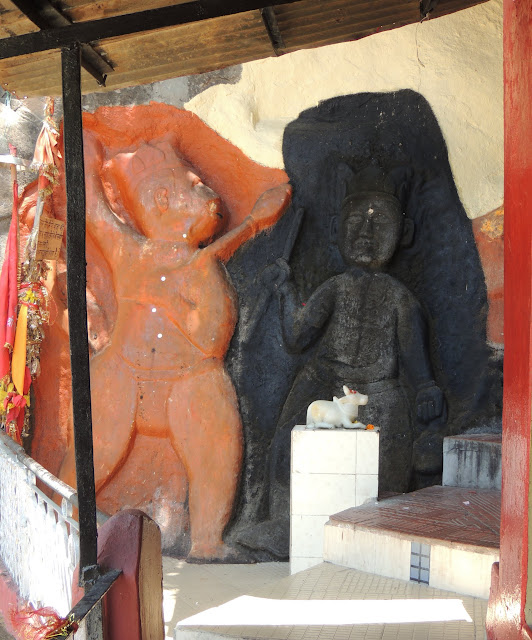 However, the highlight of the trip came last, as we stopped once again, at the Nurpur Fort. This fort, which wasn’t on our itinerary, surprised us so much, that our short halt extended to over an hour! 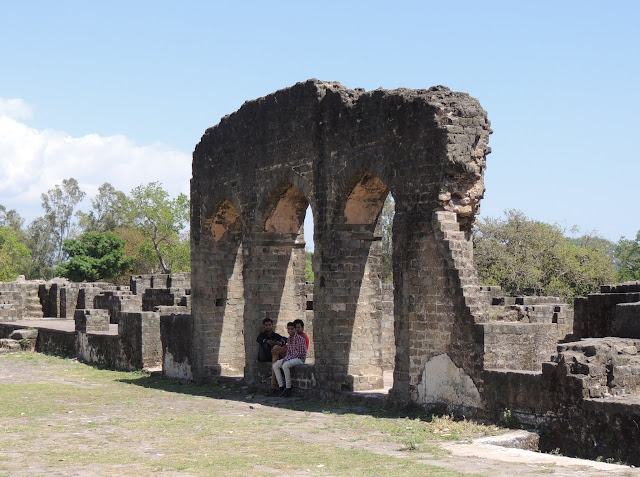 And this was just a glimpse of our memorable tour of Himachal. Watch out for detailed posts on some of our experiences, very soon!

P.S. It was very tempting to title this post "20 sights you shouldn't miss at Dharamsala". But then, these aren't the only twenty, or fifty or hundred sights, or sites, or places, you shouldn't miss. It is our  own experiences and our eyes that make sights memorable. I hope you will come along with me as I show you, through my next few posts, some memories, some special sights, that have stayed with us, over a month since our return. I also hope that these posts can help you visit Dharamsala and make your own memories. For those of you who have already been there, I hope they will revive your memories.....