Our Trysts with the Tigers at Tadoba - Part 1

June 08, 2015
“We saw a male tiger crossing the path!” “We saw a female with her cubs!” Such were the exclamations which greeted us on our arrival at Tadoba, by fellow guests who had just returned from their morning safari. From what we heard, it appeared to be their 5th or 6th safari, all within the core zone, and, each time, they seemed to have had amazing sightings of that elusive animal – the Tiger. Ours was a short trip, barely 3 safaris in the core zone, and wondered if we would be as lucky. “Don’t worry, Madam, sightings have been good” assured our driver as well as our guide, as we set out on our first foray into the forest. 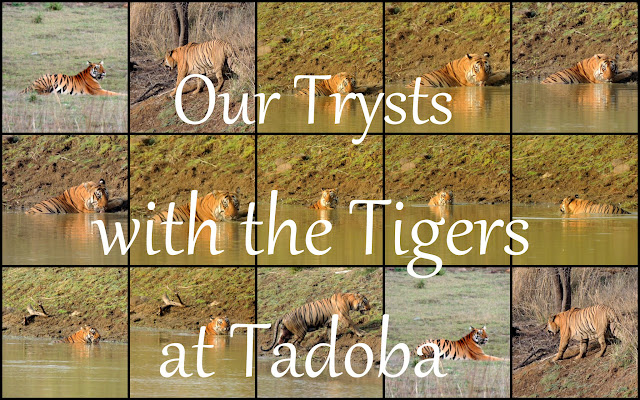 Now, before you read further, please do read my previous post – In search of the Tiger atTadoba – to get an idea of our jungle experience, and understand this post in the context in which it is meant to be read.

Getting back to the story, we roamed the jungle, racing to sections where previous sightings had been good, waiting at water holes, hoping the tiger would make its appearance, but it seemed to have other ideas, and not one appeared in our path. Then, as the skies clouded over, the guide’s face clouded too. We were sure it was going to rain, and then, there would barely be any chance of spotting animals, especially the Tiger. While he worried about the baksheesh he obviously wouldn’t get, I began to prepare my son for the possibility that the Tiger would remain as elusive as ever, at least for us.

It was almost time to leave, and our driver, along with numerous others, made a last round of a lake. Spirits were flagging, it was just starting to drizzle, and we were all set to turn, when the guide stood up and pointed. There, on a rise above a gully, a flash of orange and black indicated the presence of the animal we so desired to see. And then, it walked down, and entered the ditch, staying just out of sight. Sighs erupted from across the jeeps; as everyone settled down to wait. The minutes passed, and seemed like hours, as eyes turned to watches, as the penalty for staying inside the forest beyond the allotted time was high.

We had just about given up, and were all set to turn back, when the grasses parted, and the animal moved into the fading light. 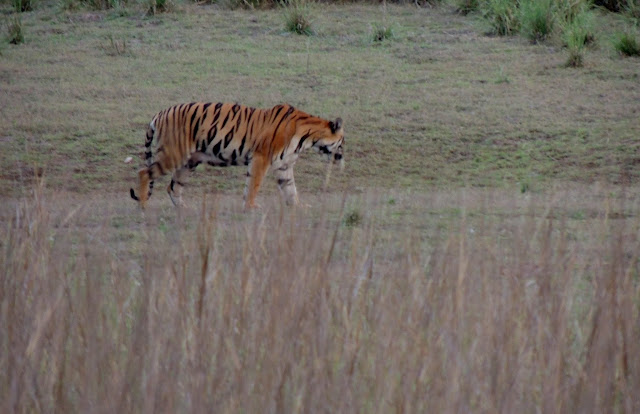 “It is Sonam, the tigress” whispered our guide, and we craned our necks to get a better view as she walked through the tall grass, right to the top of the mound….. and sat down. With the barest glance at us, and all the Jeeps standing around, she settled down, as if surveying her territory. 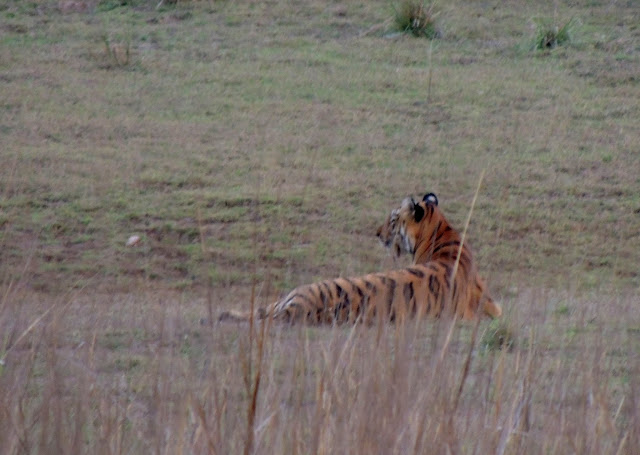 It took me a few moments to begin clicking, so caught up was I in her regal bearing. She was truly the Queen here. I could have sat there for hours, just looking at her, but it was time and we had to leave. As the Jeeps one by one turned and made their way back to the gates, she didn’t as much turn or look around. Her serenity was an eye opener! 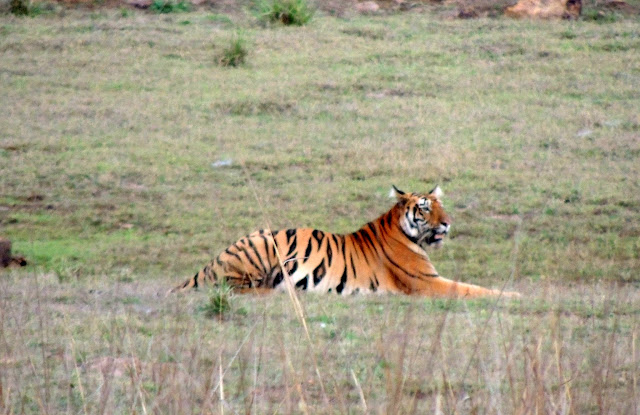 The drizzle turned into rain as we rushed towards the gates before they closed, but we scarcely felt it. We were just too caught up in the moment, glad that our first sighting of the Tigress was so memorable.

Due to the fading light, and my sheer awe at my first tiger sighting in the jungle, my photos of that first encounter are few, and not too great. However, I did manage to rectify that at our next sighting… Look out for the next post for more tiger photos…

This is the third post in my series on my #summertrip 2015, and I hope to take you along with me as I recount stories from my month long trip, which took me across the country. To get an idea of all the places I visited, and what you can hope to read about, click here.