June 12, 2015
Criss-crossing the jungle in search of the tiger, it was birds that we most often came across. I have already written about some of the birds we saw, but there were so many more, that I decided that a photo-post was in order, to show you just how many there are! And these are just the few I managed to capture on camera... there were many, many more, that I didn't. 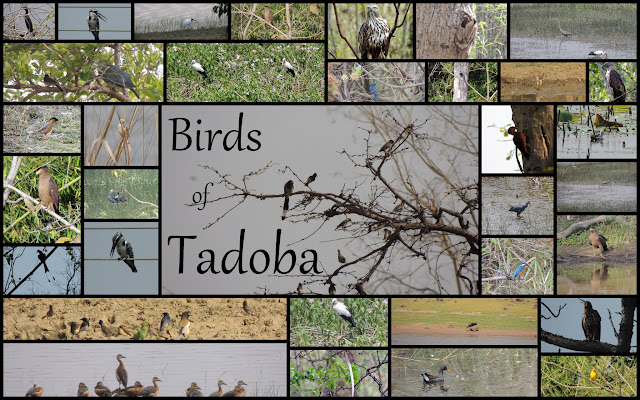 Our first sightings were water birds, just outside the core zone of the sanctuary....

There were other birds too, though we hardly stopped for any.... our driver and guide were always in a rush to show us the tiger! Here are those we did stop for... or saw while we waited for the tiger!!

Among the birds we couldn't identify was this pigeon we saw, at a water hole. It was bigger than the usual ones, as you can see from this pic, where you can see how much bigger it is than a Bulbul.... 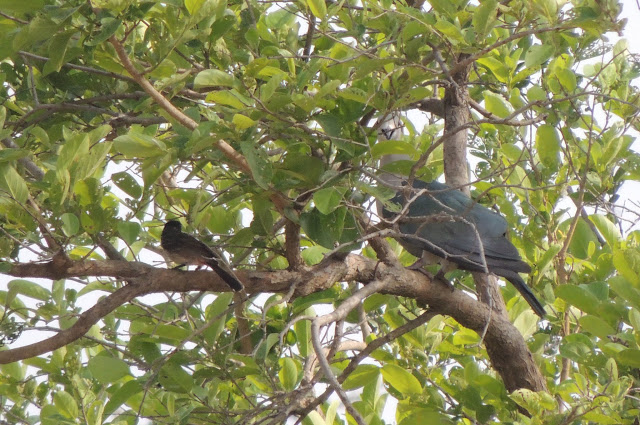 Here is a better view...

The Changeable Hawk Eagles we spotted were so impressive that they deserve a post to themselves. Then, there are other birds we saw that I have written about here.  But these were just a few of the many birds we saw. The purpose of this post is twofold. Firstly, for me to remember which birds we saw, and yes, also to show you... and second, to show you just how much life there is, in the jungle, just waiting to be seen!!! I just hope you remember that, the next time you visit a jungle!