Orchha , The Land of Legends and Monuments 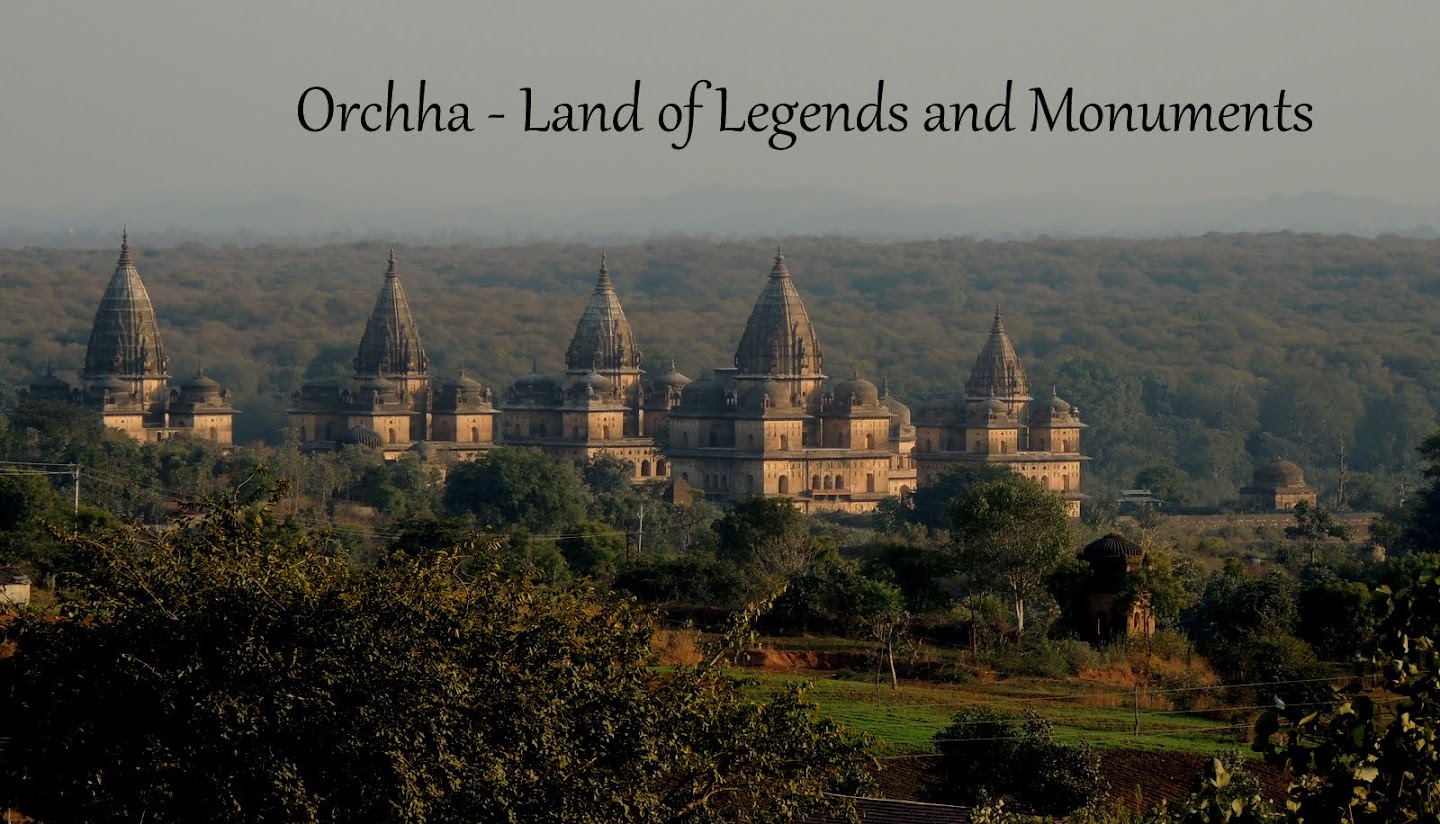 Long, long ago, a king went hunting in the forest, and found himself separated from his entourage. Following the sound of flowing water, he arrived on the banks of the Betwa, where he saw a sage meditating. Being a respectful man, he waited for the sage to open his eyes. The sage soon became aware of the king’s presence, and blessed him, directing him to the place where his soldiers waited. But the sage did the king a service beyond just pointing him in the right direction. He told him that this land on the riverbank was a sacred spot, the erstwhile capital of an ancient city. It was time for the land to flourish once again, and the king returned to build his new capital here. The king prospered, as did his dynasty, which rose to great prominence, ruling from here. However, this too, wasn’t to last forever. The dynasty declined, and so did the town, settling back into a state of inconsequence. Till it revived again, once more, this time welcoming, not royals, but visitors of a more modern kind – tourists.

This is the story of Orchha, a city which played its role in the expansion of the Mughal Empire, both, opposing it, as well, in time, aiding it. Orchha is a city filled with stories like this, waiting to be heard, at every corner, in every stone, in every painting.

We arrived late at Orchha, thanks to our unscheduled halt atDatia, where we had spent way more time than we had imagined. There was just barely enough time to explore the main monuments of the city, so we began where everyone does – at the Jehangir Mahal.

The Jehangir Mahal at Orccha is very similar to the palace at Datia, except that it is much, much bigger. It wasn’t really a surprise, since both were built by Bir Singh Deo, around the same time, to welcome Emperor Jehangir. The palace at Orccha is much more ornate, and it also had the fortune to actually play host to the Emperor, albeit for a few days, unlike the one at Datia.

The palace is undergoing restoration by the ASI and only parts of it were accessible to us. However, what we saw was enough to impress us.

Our next stop was the Raja Mahal – the King’s palace. This is the ancestral palace of the Bundelas of Orccha. Construction of this palace was begun by Rudra Pratap Singh Bundela (legend associates him with the story narrated at the beginning of this post) in 1531. The palace was later modified and extended by his descendant Madhukar Shah (1554 to 1592 A.D).

Madhukar Shah and his wife Ganesh Kuwari, were both deeply religious. Their story, as narrated in the sound and light show in the fort, is extremely interesting. The king, it appears was a devotee of Shiva (Bundela legends link the dynasty with that of the rulers of Kashi), while the queen was a devotee of Rama. When the king wished to go to Kashi, the queen wanted to visit Ayodhya. Angered at her refusal to accompany him, the king ordered her to leave for Ayodhya at once, but not to return until her precious Rama was ready to return with her! The king and queen went their separate ways, but the queen found herself stuck at Ayodhya, for how could she bring Rama to Orchha without his consent? She prayed to Rama every day, hoping he would show her a solution. One day, as she bathed in the river Sarayu, she saw a small Rama under the water. She picked him up and brought him ashore, and he told her take him to Orchha. Thrilled, she set out, sending out messengers to her husband, the king, asking him to build a temple for  the Lord who accompanied her. The temple however, was not ready by the time they reached the city, and she took Rama to her palace, where he settled down, and refused to move, even when his temple was ready. Thus, the queen’s palace became a temple, while the grand temple built for the lord remained empty!!

The arrival of Rama in Orccha seems to have marked a distinct transition, from Shaivism to Vaishnavism, for Madhukar Shah is said to have been an ardent Vaishnavite. Indeed, his palace is covered with some of the most beautiful murals I have seen, depicting the different forms of Vishnu.

The murals in the palace aren’t just religious in nature. There are many other scenes depicted, and sadly we couldn’t see them all, since parts of this palace too, were being restored.

The Lakshmi Narayan Temple built atop a hillock was our last halt for the day.  Built by Vir Singh Deo in 1622, and later renovated by Prithvi Singh in 1793, the temple is impressive not just for its architecture, but the art inside. Every inch of the interior, especially the ceilings, are covered in paintings in the Bundelkhand style.

There are stories from the Ramayana and the Bhagavat Puran, and also some more recent ones depicting British soldiers, and the 1857 uprising.

Sadly, the paintings are in a bad shape, and need restoration. Besides, the paintings on the walls are almost obscured by the graffiti left behind by vandals. Despite this, there is still so much to see and appreciate.

It was almost time for the sun to set when we left the temple and headed towards the cenotaphs that Orchha is famous for. The sun was just dipping beyond the horizon, but we still had time to wander around the cenotaph complex. These cenotaphs house the remains of royalty, but they are also home to vultures galore, which swarmed over the minarets and domes as the sun dipped lower still.

We forgot all about the famed sight of the cenotaphs against the setting sun as we watched these vultures, unable to pull ourselves away.

We left only when it was too dark to see anything more, and the watchmen began herding us out.

Our day was still not over, for we had the sound and light show to attend. Sitting in the darkness, feeling the winter chill, pulling our shawls around us tighter, we listened to the stories of Orccha. Of Rudra Pratap who lost his way and found a capital, of Madhukar Shah and his wife, and the Rama who came to Orccha, of the famous courtesan, Rai Parveen, who rebuffed the overtures of Aurangzeb with flair and clever words, and of the prince Hardaul who became a folk hero, after he gave up his life to obey his brother’s orders. Interspersed with songs and poems, the narrative brought the people, and the place, to life.

That night, as we slept in the tents at the MPTDC resort, my dreams were filled with these stories, and the temptation to stay on at Orchha and explore more, and hear more of these stories, was great. But we had other plans. I had Khajuraho to explore as well, and, as always, there wasn’t enough time. We awoke early, and headed to the river, to see the cenotaphs one last time…..

And stopped at the Rama Raja temple to pay our respects to the God who resides in the palace.

And then, it was time for us to leave. As we drove down the road, I promised myself that I would be back, someday, to listen to more stories, and savour all that Orchha has to offer.