The Vibrant Art of Orchha

August 31, 2016
At first glance, Orchha is all about the grand monuments that tower over the town, and present magnificent views across the Betwa river. Then, we listen to its stories, and are swayed by the twists in its history, its association with so many interesting personages, who have left their footprints behind. There are, however, even more stories waiting to be heard, but which can only be seen, when you look closer, at the art of Orccha. 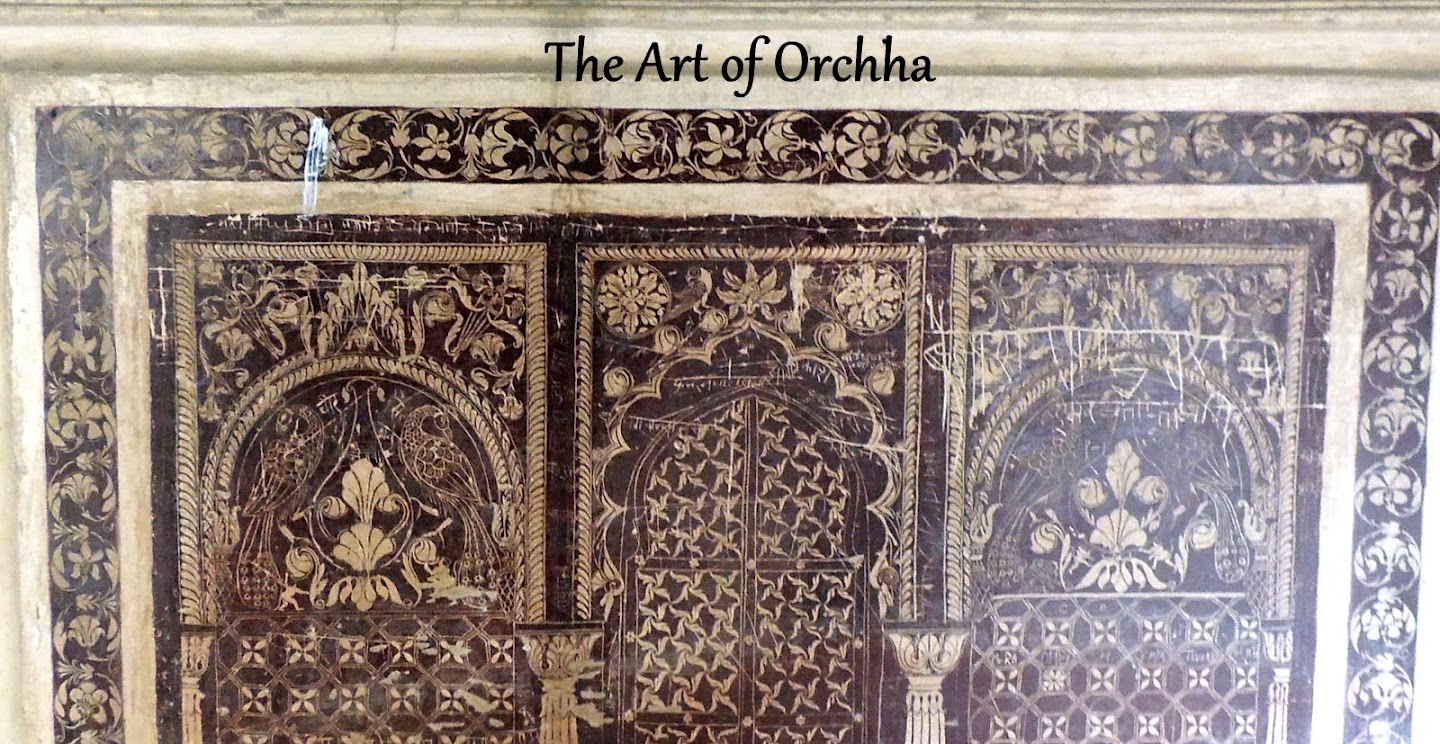 The art is visible everywhere, starting with the Jehangir Mahal, where every single stone has been painstakingly put together, to create the perfect palace for the Emperor. As they say, the evidence is in the details, and Vir Singh Deo ensured that the palace he built for his emperor would stand out in every way – in architecture, as well as the art that went into it.

Look at this door frame, where it is difficult to distinguish between the wood and the stone! 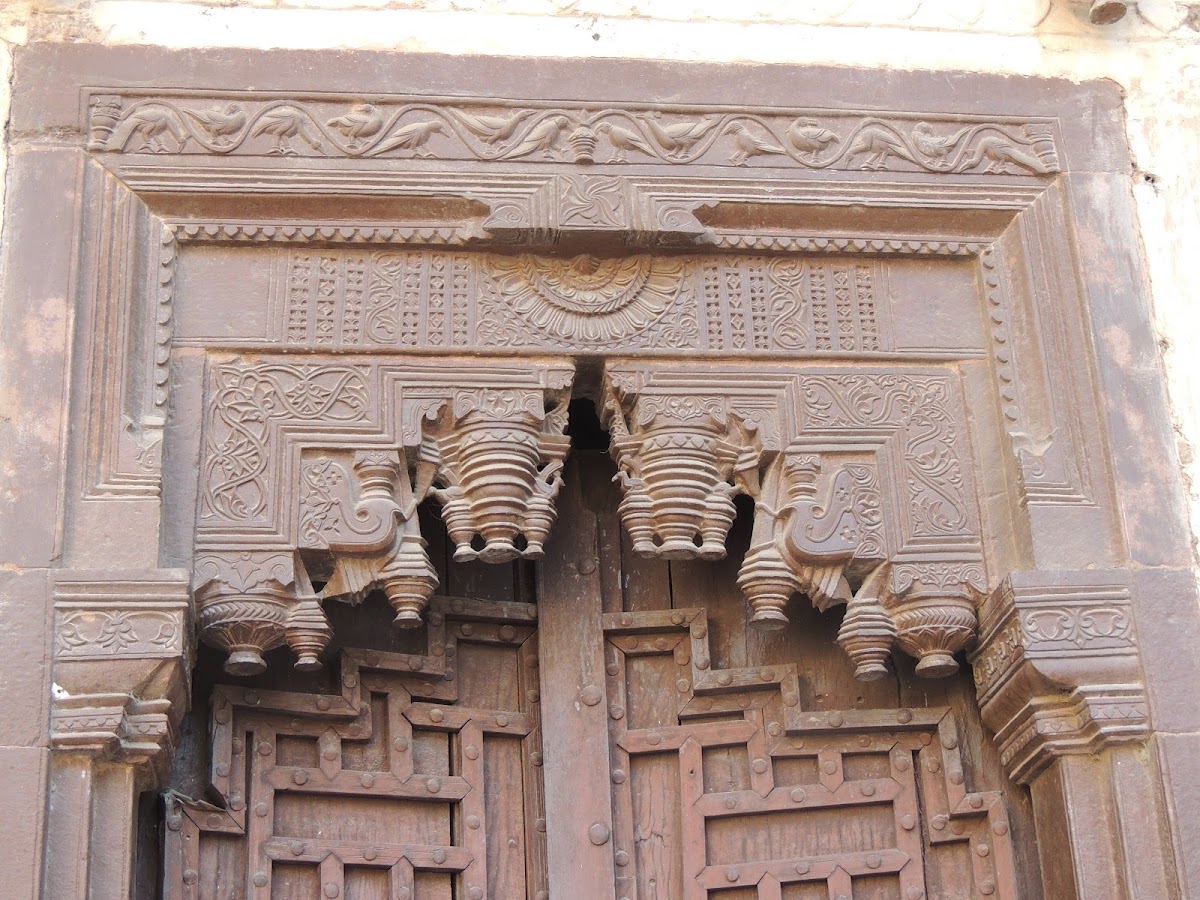 And this ornate entrance, built to impress. 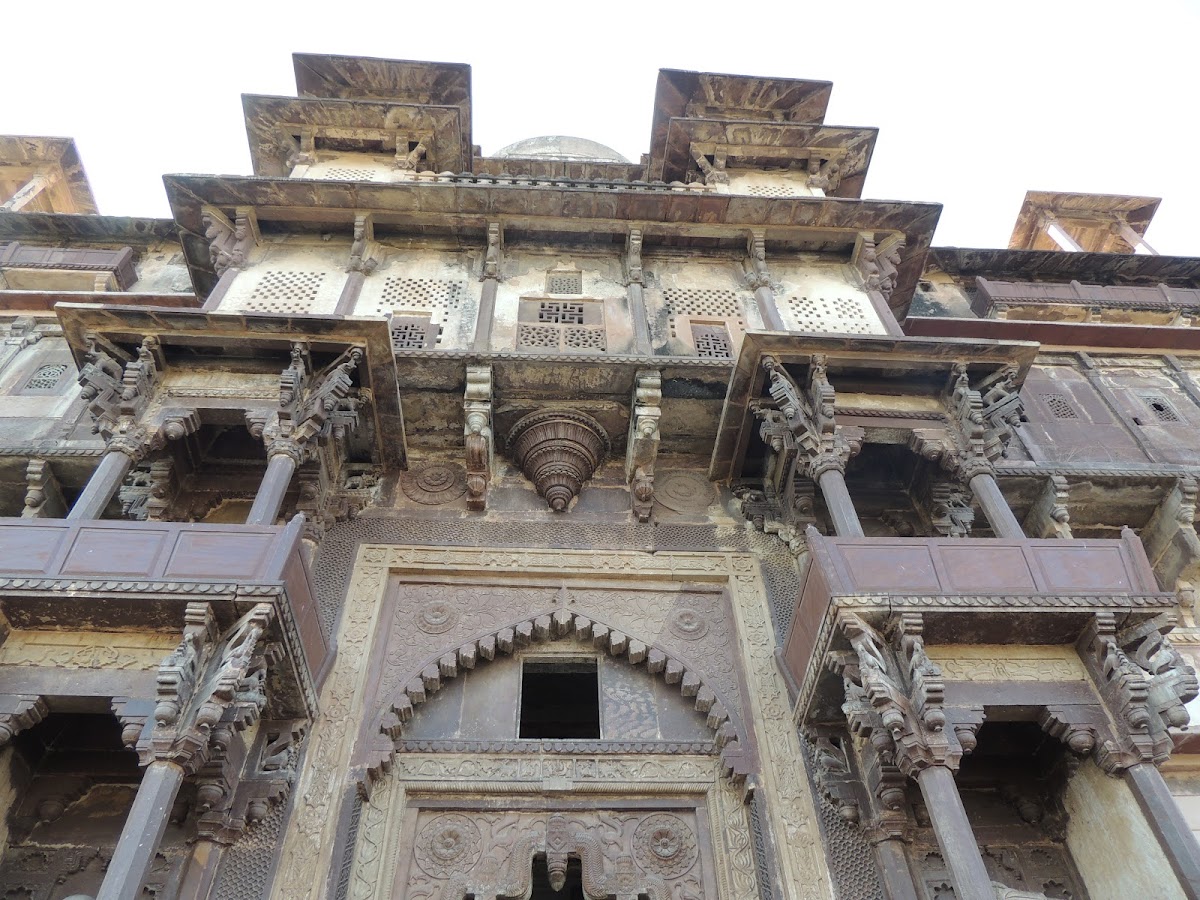 The paintings are faded, but you can imagine what a grand sight they must have been, in their day! 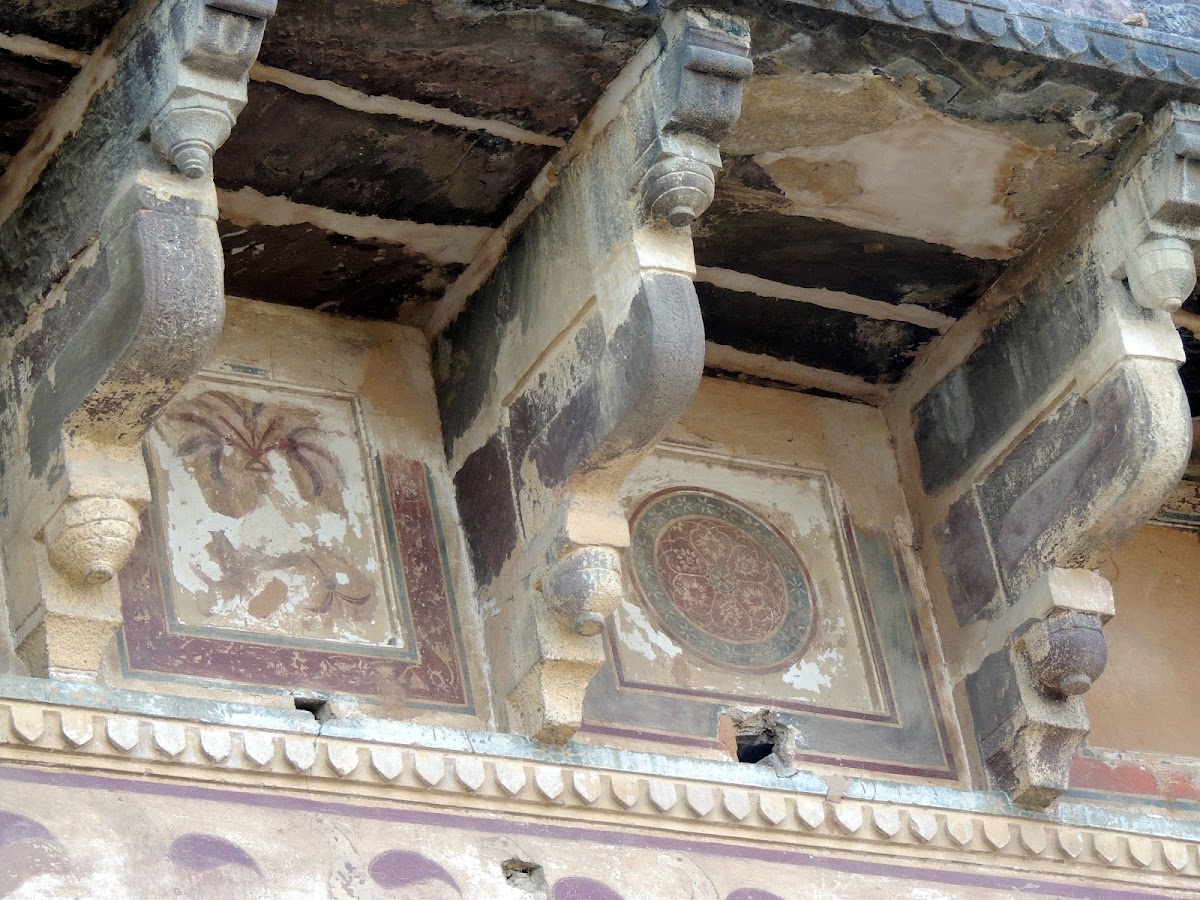 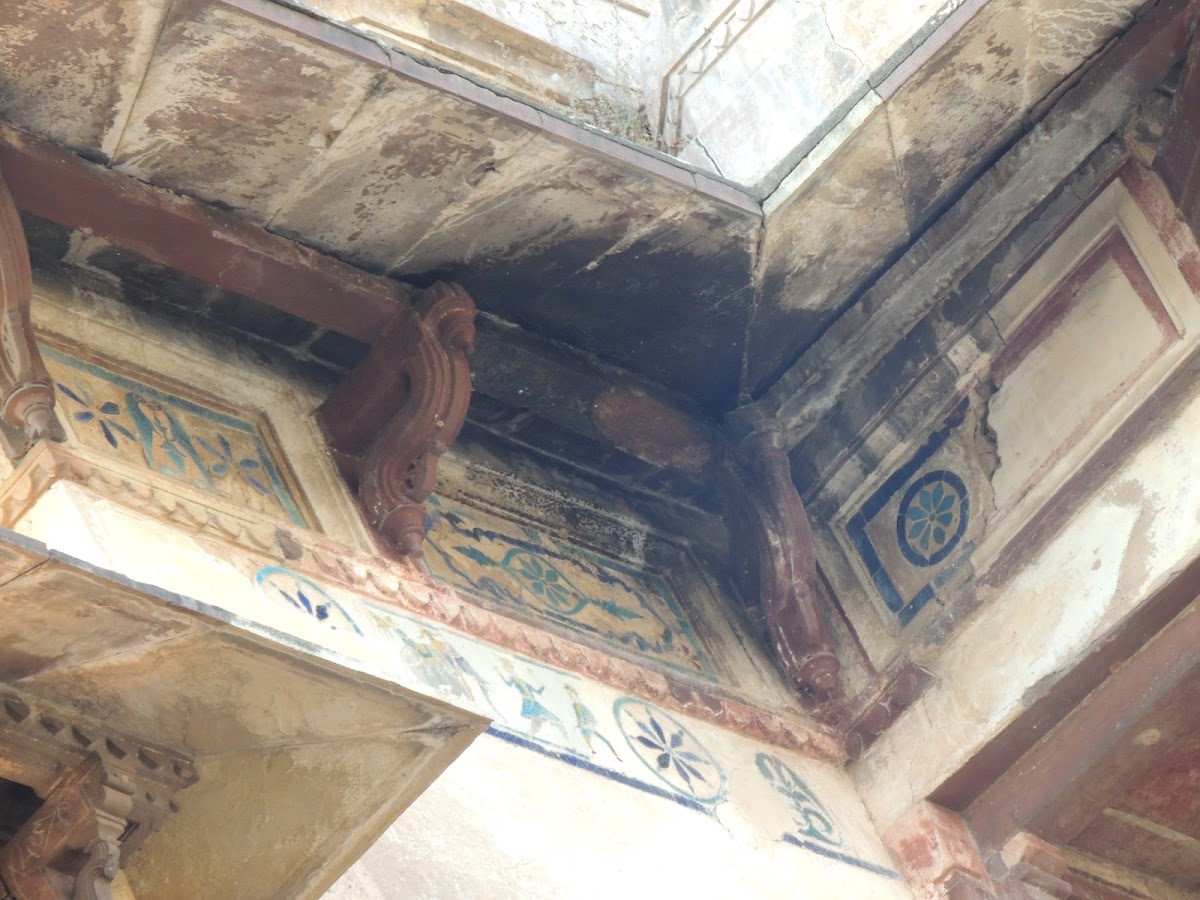 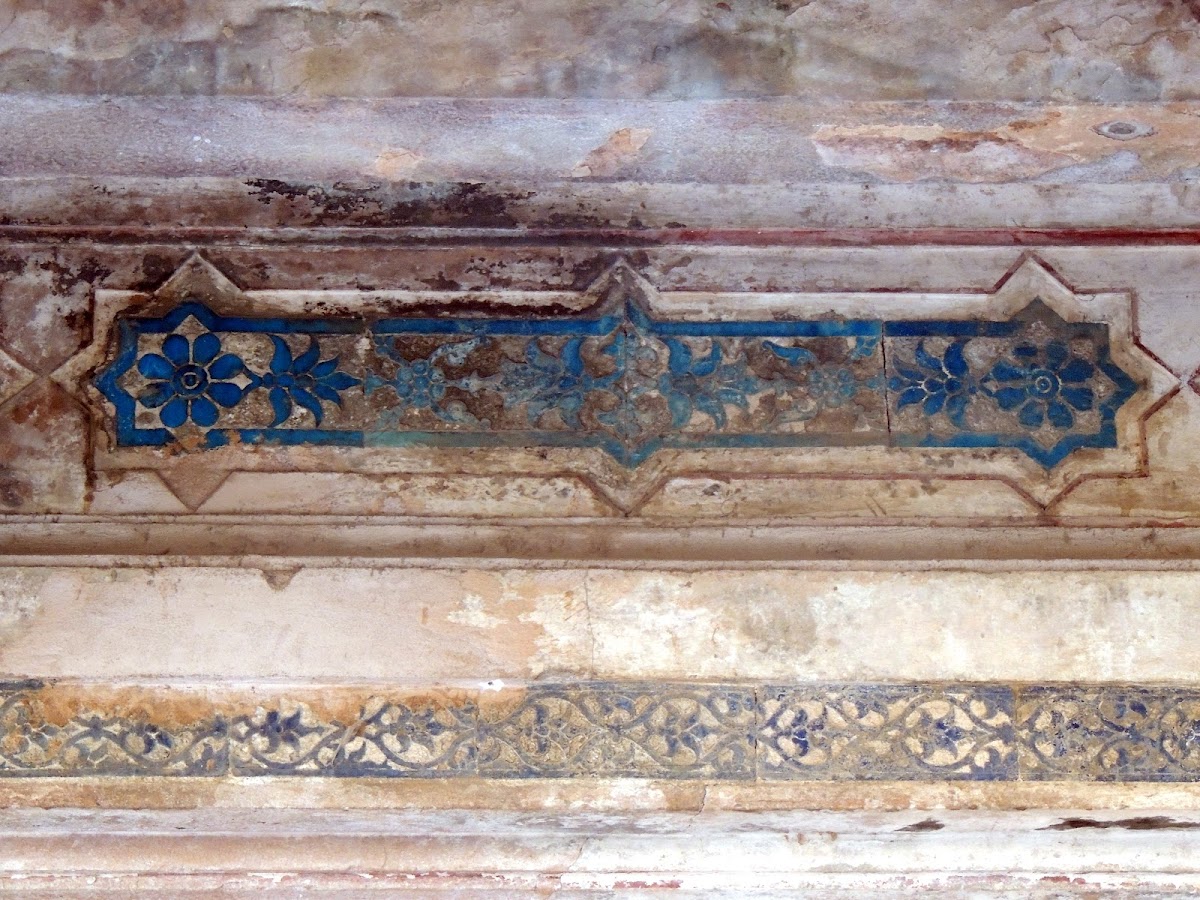 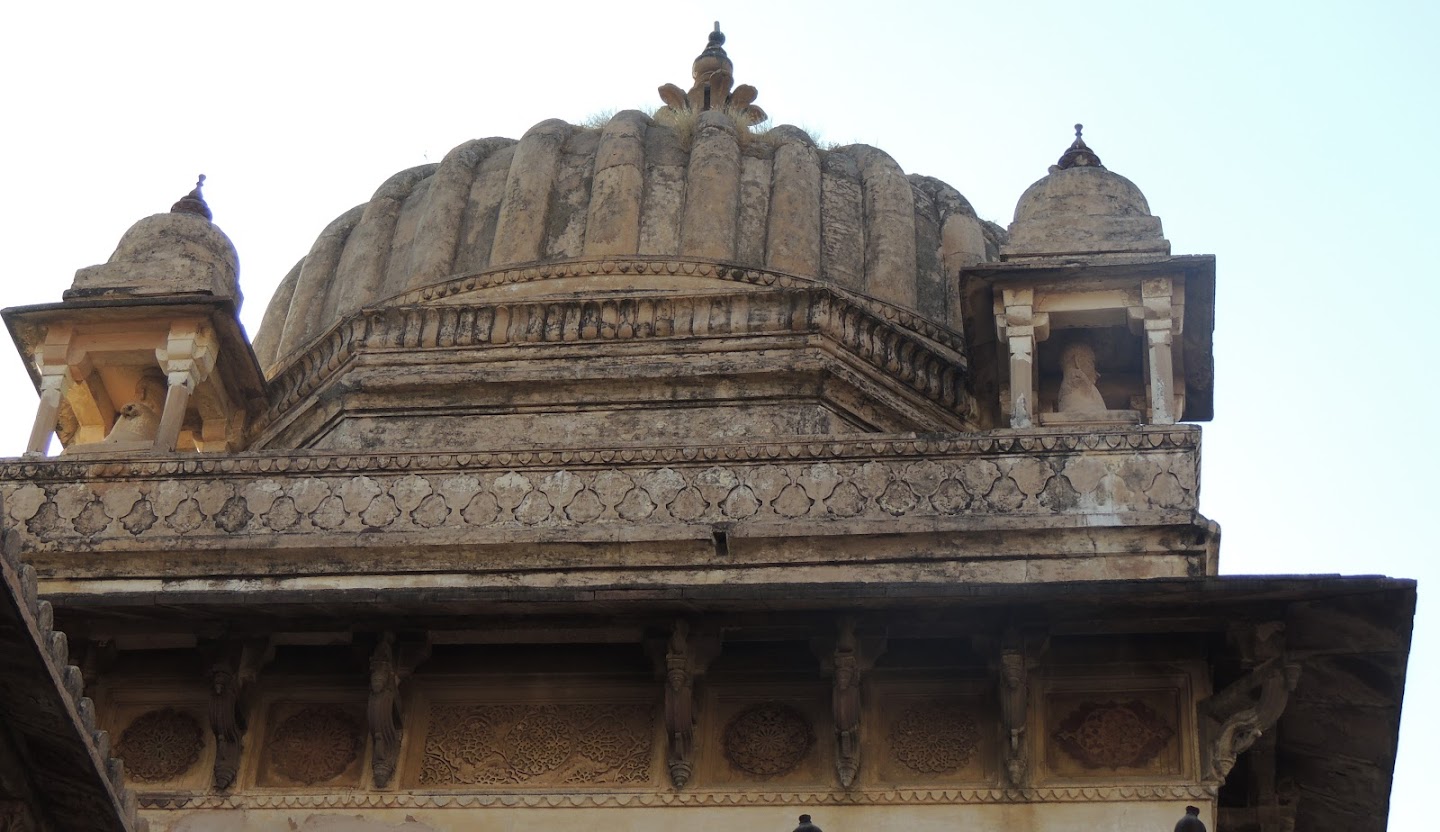 As for the jaalis, not only are they functional, but also so ornamental!

Art at the Jehangir Mahal was clearly a decorative element, created to impress.

Then, there is the second kind of art, not made for kings, or to impress, but to express ones’ devotion. This is the oldest kind of art at Orccha, seen at the Raja Mahal.

In my earlier post, I have referred to the story of Madhukar Shah, and the transition from Shaivite to Vaishnavite beliefs. The art at the palace is clearly an expression of this shift in faith, for almost every room has art depicting Krishna, in his various forms.

There is of course, secular, decorative art, as well …. 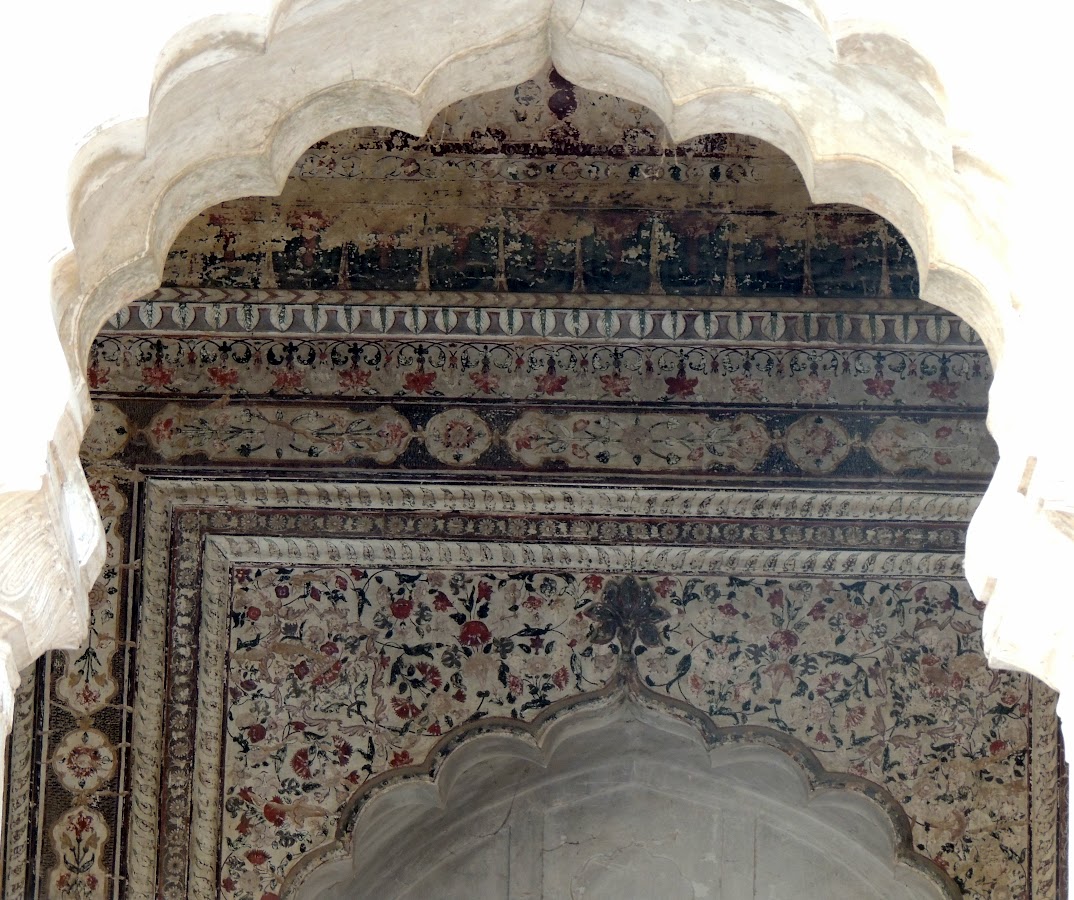 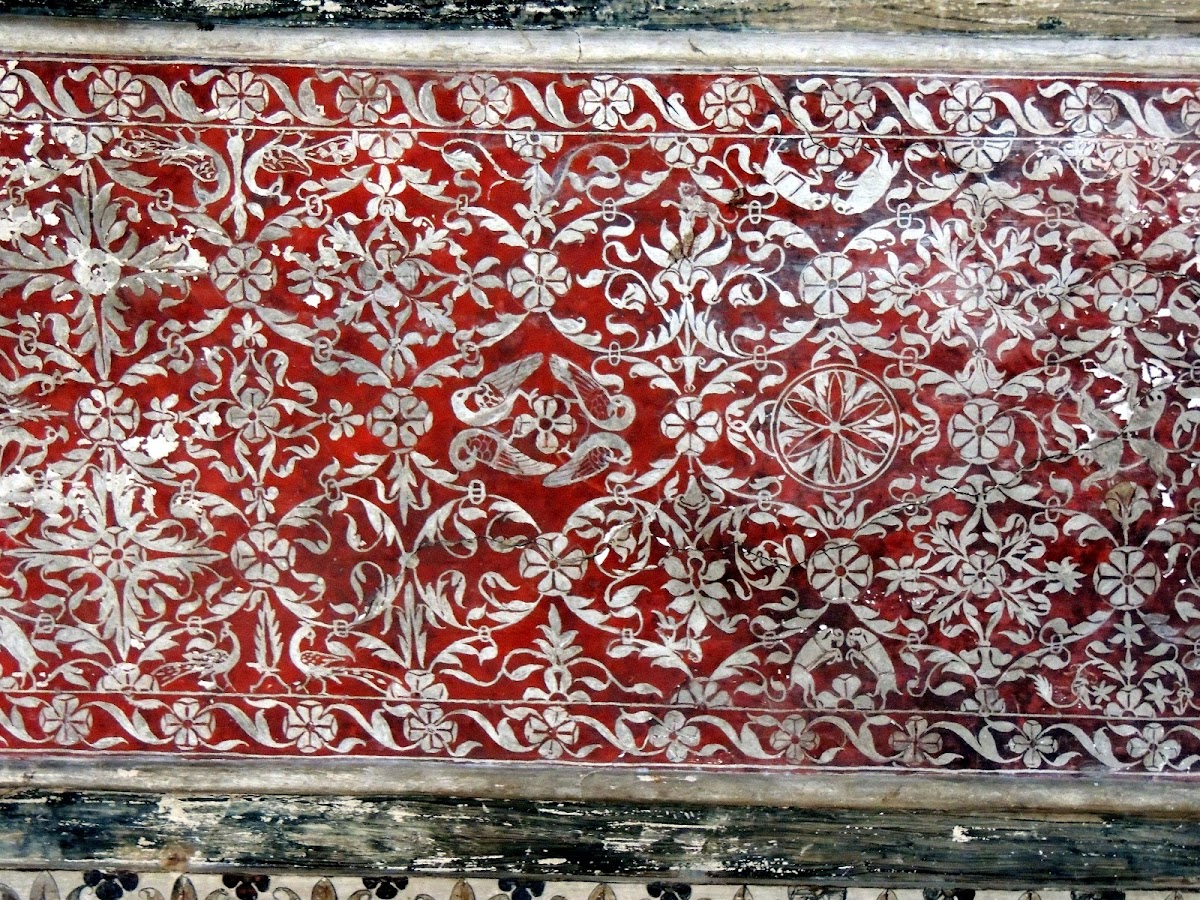 But, on the whole, Vaishnava art stands out by its exuberance, as well as detail, and prominence.

The paintings at the Lakshmi Narayan Temple are also predominantly Vaishnava art. These paintings however, are dated to a later period, and hence you can see other deities as well, as part of the extended pantheon of gods. Besides, the focus here is on narration of stories, especially the Ramayana and the Bhagavat Puran.

The temple, however, very interestingly, shows us another group of paintings as well – historical narratives. These again, are much later paintings, probably painted during the British era. These paintings focus on clashes between the British and local forces, centred on various forts in the region. While my lack of knowledge prevents me from identifying the forts and the battles depicted, we can clearly make out the differences between the local and British forces, as well as their arms and ammunition. These paintings are an interesting extrapolation of the local painting style, usually used for religious paintings as we have seen earlier.

This is just a glimpse of the art of Orchha, seen in less than a day. The more I look at them, the more I want to visit Orchha again!