I remember when I was a kid, my uncle used to take me to the lake at Thane where the local idols would be immersed, and I would be thrilled to see all those beautiful and imaginatively sculpted Ganeshas being sent on their way to heaven. With childhood went almost all the enthusiasm, and today, I am content to sit at home and watch the Ganeshas on their way to Shivaji Park or Chowpatty on TV. This year, luck intervened in the form of my husband, who (uncharacteristically, I may add…) called me up and asked me to join him at Sion for a movie – Quick Gun Murugan!!!!

So there we were, rushing towards Sion, watching all those beautiful idols go their way. We were in a hurry and the traffic was well regulated for once, thanks to which we were able to speed past the many idols on the road. Here are the few Ganeshas I was able to photograph……..


This was the first one we saw…. And the boys were thrilled to see me photograph their idol! 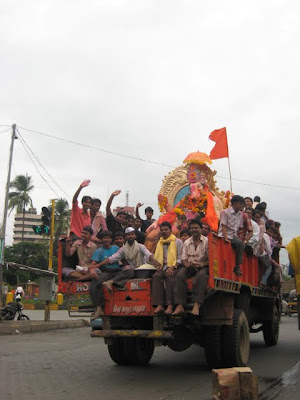 Here is one of those Shiva – Ganpatis…. Looks like Shiva was the flavour of the season – we saw no less than 5 such Ganpatis on the road within half an hour….. 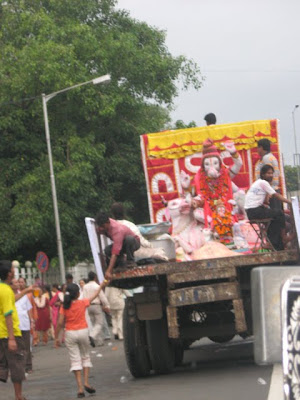 We then glimpsed this huge Ganesha in the traffic ahead……. 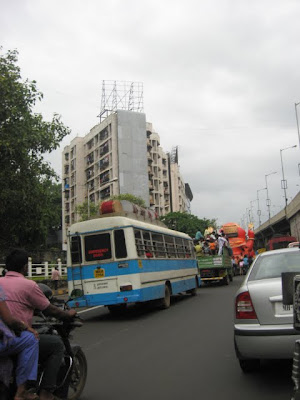 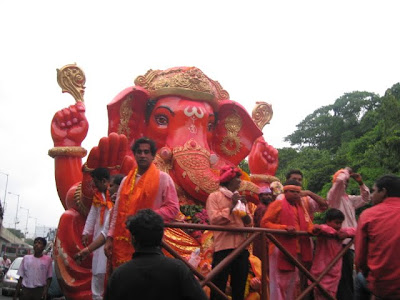 Here’s another…… with all the revelers dressed in white…. They even had a band and a huge crowd dancing enthusiastically, but as I was trying to get a pic, the traffic moved, and my camera shook…you missed a good one… 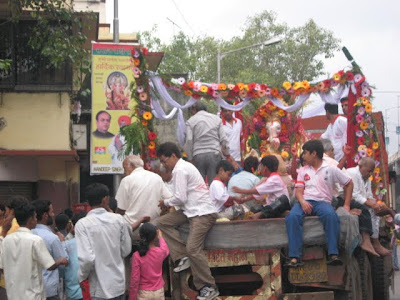 Here are some smaller ones, Ganeshas kept at home…….. and these have some of the most enthusiastic of followers…. It is, after all, their own, one they invite with affection and care for the next 10 days with not just belief and faith in him, but real devotion and love. 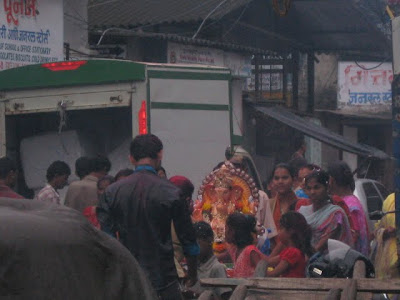 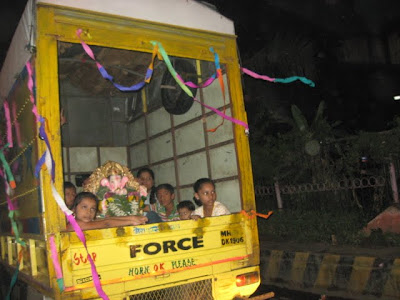 And finally, here is one of the pandals put up for aiding the devotees… where a crowd has gathered to celebrate and see off the lord……. This is right next to a busy junction, and everyone is having a blast….. Traffic moves smoothly and everyone is happy…… 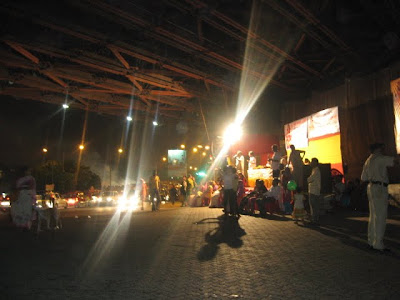 This brings one of the most celebrated festivals in Bombay to a close. Next up is navaratri, but though it is celebrated all over by different communities in different ways, it pales in comparison to Ganeshotsav, which brings together people of all castes and creeds, religions and sects…… Lord Ganesha surely epitomizes the city of Bombay and its myriad shades…..

P.S. About the movie, it is rubbish, but it has its entertaining moments…. The actors are all great, especially Nasser, and I enjoyed some of the dialogues – especially the idea of Tamil interspersed with English…… ridiculous for most part, but then, it is meant to be so. 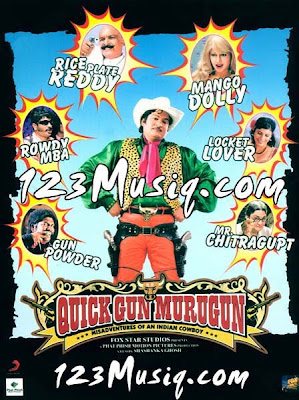 (pic from the internet)