November 05, 2009
One of the most famous temples in , this temple adds to the similarity of and Kashi. As at Kashi, Kal Bhairav is the Kshetrapal, or the guardian deity of the city, and it is the custom to leave the keys with the deity when the temple is closed at night, in the belief that he takes care of the temple and its properties. However, this temple is famous, not for its origins or its importance in the scheme of temples, but for its deity who guzzles wine by the gallons. Yes, the main offering to the deity is wine, and this is also the only Prasad given to the devotees. People flock to this temple, all carrying bottles of wine as an offering. Liquor is available 365 days a year outside the temple. 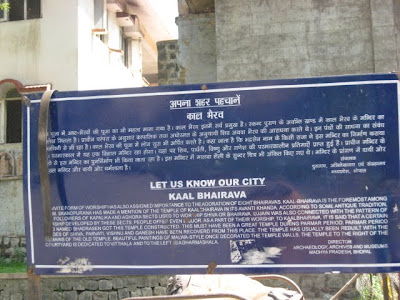 Our driver had an interesting tale to tell regarding this custom. According to him (let me make it very clear to anyone wishing to argue about the veracity of this tale, that this is completely his version of the story!!!!), when Indira Gandhi was the PM, some doubts were raised about the use of the wine which was offered to the deity. There were some who believed that the liquor offered to the deity was later sold by the pujaris. The priests took offence at such an allegation and wrote to the PM, offering to submit to further investigation if they were assured of availability of wine all through the year, if they were proven innocent. Apparently, or so the tale goes, the offer was accepted and investigations carried out over a period of almost a year, but nothing was ever proved against the priests, and they had their demand met. Today, no matter whether it is a festival or a dry day, liquor is available all through the year at the temple, but only as an offering. An interesting story, wouldn’t you say? 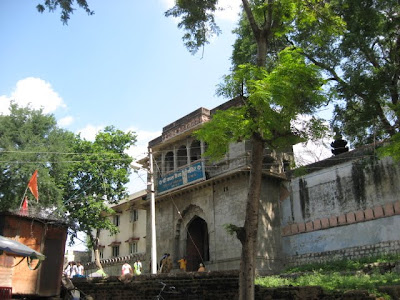 The temple is built inside what looks like a fortress, and the present temple is said to have been built by the Marathas. There are supposed to be some good paintings in the Malwa style inside, but they are barely visible, and in any case, no one at the temple seems inclined to draw attention towards them. All eyes are on the deity, into whose mouth liquor is poured! 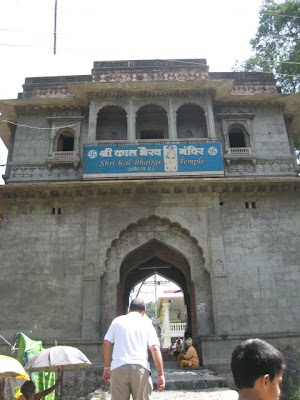 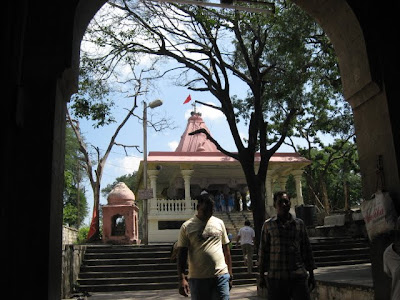 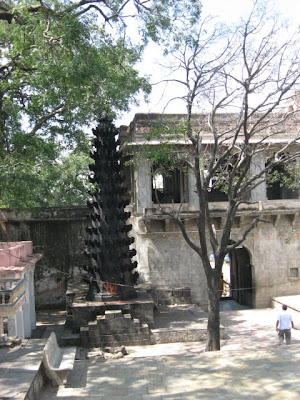 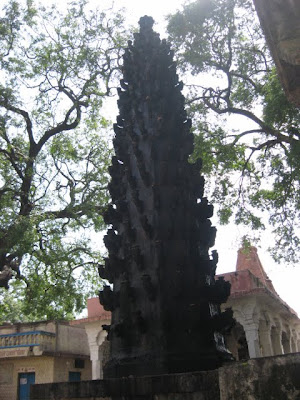 The vehicle of Kal Bhairav is a dog, and the life-like statue of the one outside the sanctum is accompanied by many of its companions of flesh and blood. 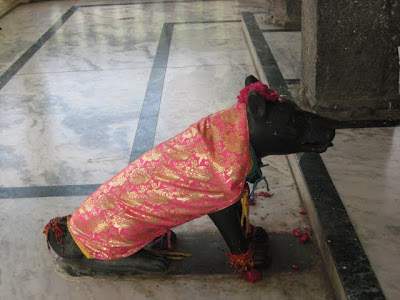 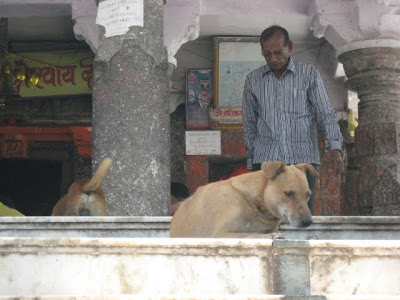 It is said that as at Kashi, there are 8 temples to the various Bhairavs (collectively known as Ashta Bhairavs) near this one. In fact, I even read of an underground temple to Patal Bhairav within the same compound. However, not much seems to be known about these temples, and in any case, there are few who want to visit such out of the way temples, and we were unable to collect any more information. If you happen to know more details, please do let me know. 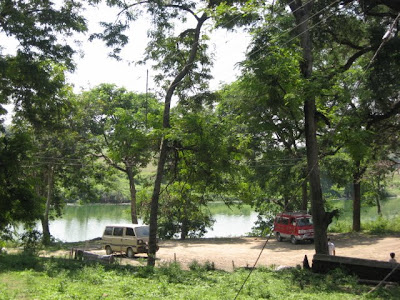 A cremation in process on the opposite bank 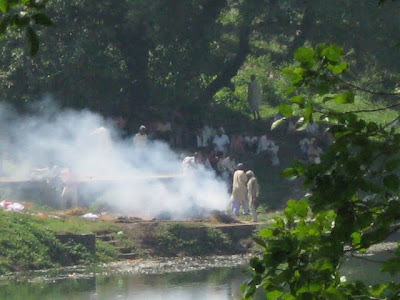