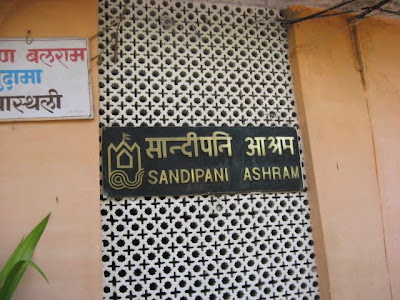 The Sandipani ashram was the first halt on our temple tour of , and we entered the grounds expecting a short 10 minute halt, warned by our driver cum guide not to waste too much time, and ended up spending close to an hour wandering around the ashram. The reason was an inmate of the ashram, an engineer by profession and a Veda scholar by choice, a descendant of Guru Sandipani – the preceptor of Lord Krishna. Much of what he told us might have been mythology and unsupported facts, but his stories brought alive the image of Krishna as a young boy, choosing the person most suited to be his Guru, arriving at the ashram, persuading the guru to accept him as his disciple, bringing the holy waters of the Ganges to the ashram as an added incentive for the Guru to accept him as  a student, washing his writing tablets by the river, performing the duties as a diligent disciple as an example to the others, making friendship with one of the poorest students of the ashram, a friendship he maintained to the last, and finally, departing after granting his guru the greatest Guru Dakshina of all time – the return of his long lost son! Truly, the much heard and oft-repeated stories of never sounded better! 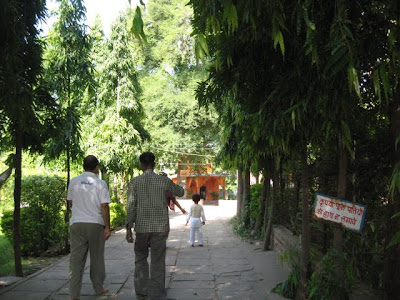 The main shrine in the ashram is of course, dedicated to the founder of the ashram, the sage who was fortunate to tutor himself – Guru Sandipani. This shrine houses his Samadhi at the place where he taught his disciples, who too have their place within the shrine – right opposite their teacher, in the pose of obedient students. 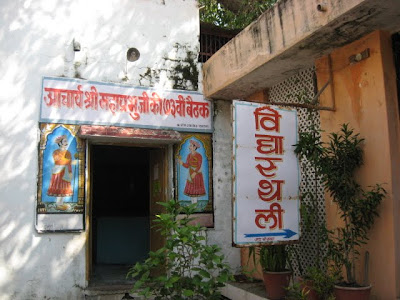 There are two temples on the ashram premises – The Kundeshwar temple dedicated to Lord Shiva is an interesting one, with an image of Lord Vishnu on one wall representing , Sudama, Balaram and the other students on another wall, and also an image of Kubera on one wall! It is believed that when Shiva heard that Lord Vishnu in theas so impressed by the meeting of Hari (Vishnu) and Hara (Shiva) that he stood up in amazement. The image of Na form of  had arrived in his city, he went to visit him at the ashram. Nandi the bull, the vehicle of Shiva wndi at this temple is believed to be the only one in standing posture! It is also believed that this place being special to both Shiva and Vishnu brings prosperity to this place, and hence the presence of Kubera. 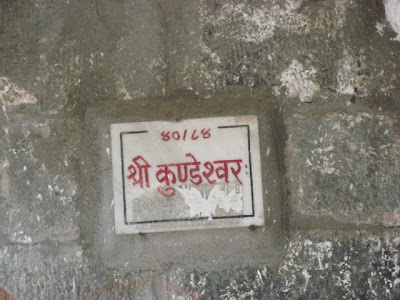 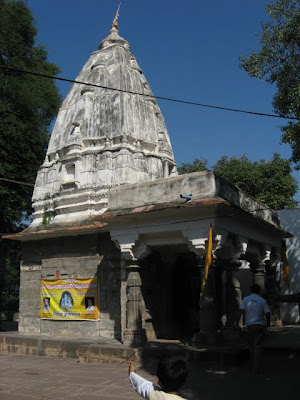 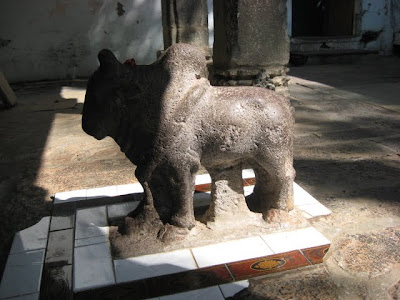 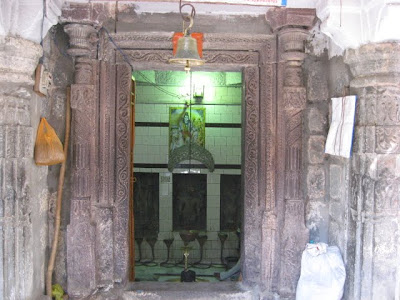 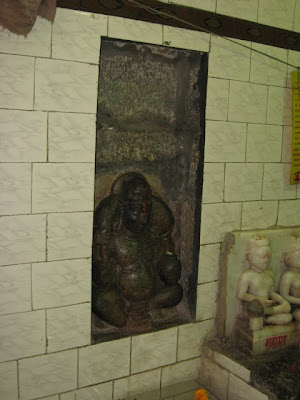 The image of Kuber 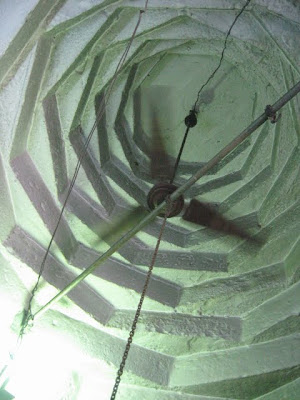 The second temple is also dedicated to Shiva, this time as Sarveshwar Mahadev, the patron deity of Sage Sandipani. It is believed that Sandipani imparted his special knowledge of the time – in fact, our guide hinted that this was the essence of the Gita – to Krishna, the reason for Krishna’s choice of Sandipani as his tutor! 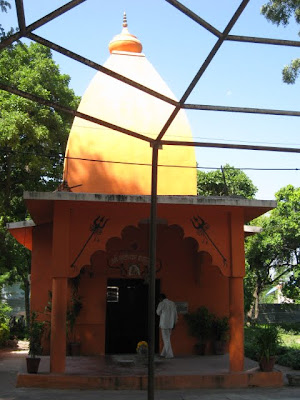 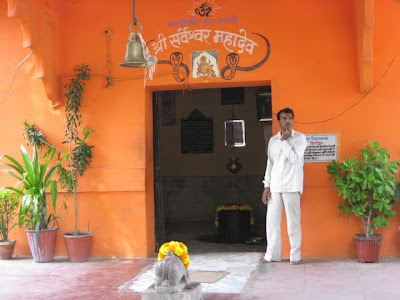 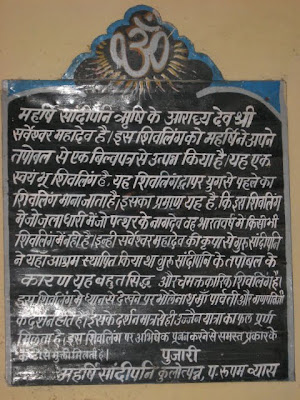 The Gomti Kund is the tank which provided water to the ashram, and on its bank are two Shiva Lingams, with footprints in between them, believed to be those of . 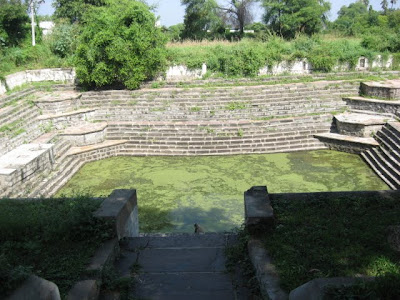 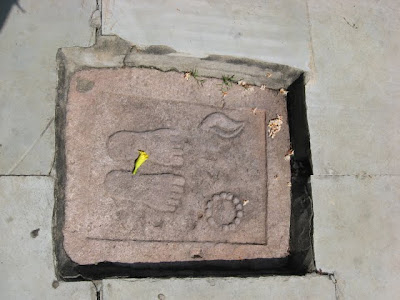 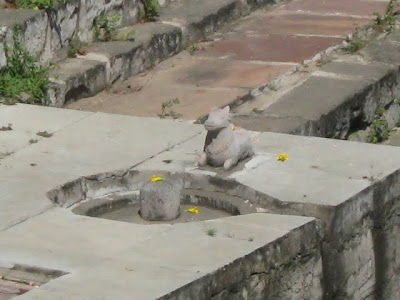 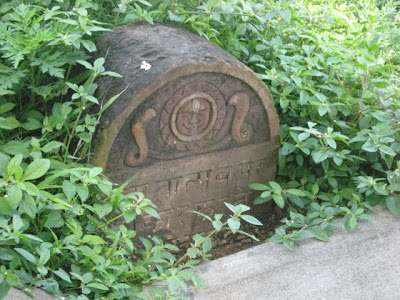 A stone inscription on the banks of the kund

Myths are always meant to be disputed, and there are plenty of opportunities for disputes among the stories of Krishna, but the peace and calm the ashram offers today, in this age of materialism and change makes one wonder what a wonderful place it would have been in the times of ! 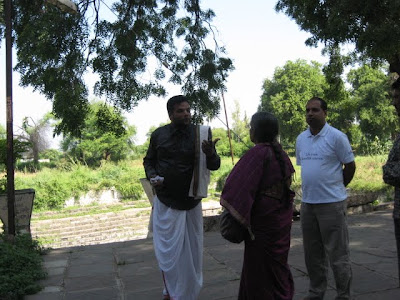 Our guide (in dhoti) with Shankar and my mother-in-law

Here is a little bit of information relating to the ashram which may be interesting to those in quest of the Vedas and spiritual learning. Every year, the ashram conducts a summer course in the Vedas, specifically the Shukla Yajur Veda. The course is held in the months of April, May and June, and during this period, free boarding and lodging is provided within the ashram. For further details, contact the ashram at (0734)2580694