Instead of wasting any more words, let me take you along through my photographs….
We first walked down to the village which is where I found my hands free for the camera. Till then I was too busy concentrating on the mountain path! We all loved the setting for the beautiful house, and I wondered what it would be like to live there! 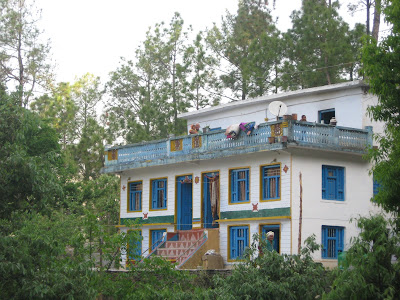 Our guide, Jack, a Nepali boy, whose father had served in the Indian army, and was now settled in Binsar, pointed out trees and plants as we walked along. The rhododendron was the most prominent, with its bright red flowers, which were not just beautiful to look at, but also extremely useful! The tree is locally known as Burransh, and the flowers are used to make a juice which is not just tasty, but is also considered curative, being good for asthma as well as heart problems!
The area also abounds in other trees, chiefly, the pine trees which are all over, deodars (only at some places), and also apple and walnut trees.

As we walked along, Jack pointed out the nest of a bird, which turned out to be the Red Billed Blue Magpie.  We saw many of these birds, but unfortunately they were too fast for me to photograph, and in any case all of us were amateurs and not really good at photography or at bird watching! We did see a bird in the nest, which I tried to capture on camera. The result wasn’t all that good, but after a bit of editing, here is what it looks like……If you look carefully, you can see the long tail feathers on the left side and the red beak on the right!


Later on our trip, we saw another bird which looked the same, and turned out to be a Yellow Billed Blue Magpie. While I did manage to get a pic of this one, it once again made me wish for a better camera! And some photography lessons too…….


Making our way among the bushes, many of which were itching plants, we finally arrived at our destination, or rather, to be precise, the half-way point of our walk – a small stream, where there was still a little water. 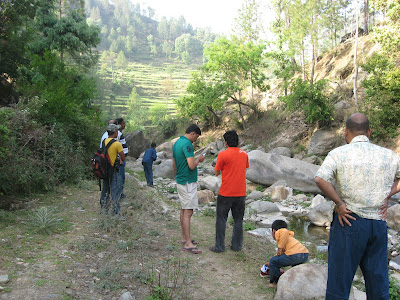 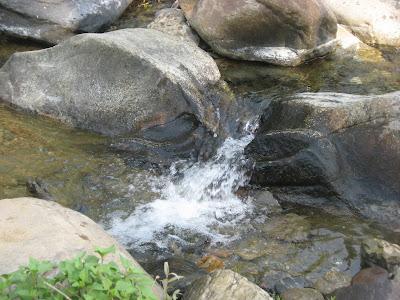 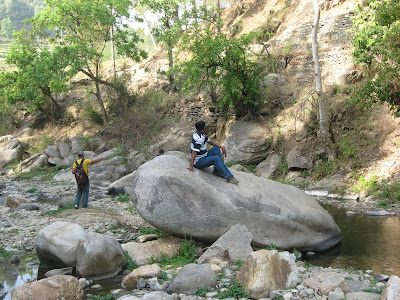 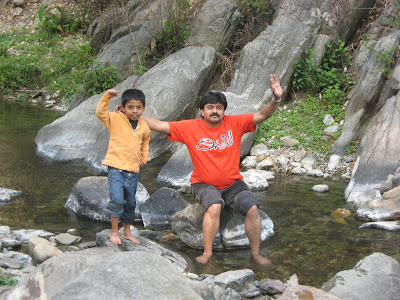 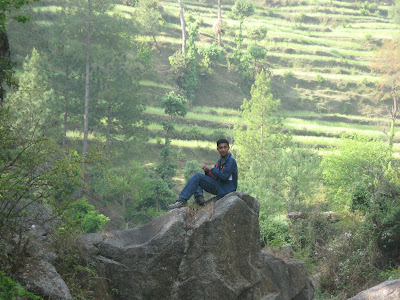 Samhith just needs to see a bit of water, and he takes off his shoes in a moment…….. and this time was no different. In spite of our warnings that we had a long walk ahead, he refused to listen and was into the water before we could do anything about it. the best way then for us was to let him do what he liked… as if we had a choice…….. 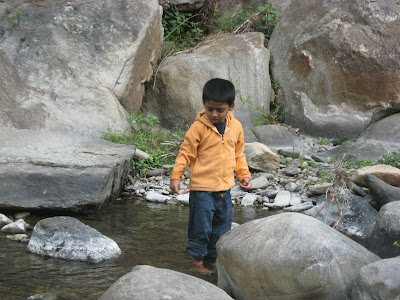 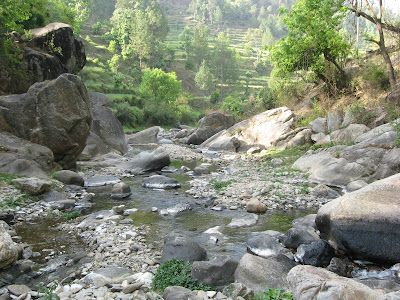 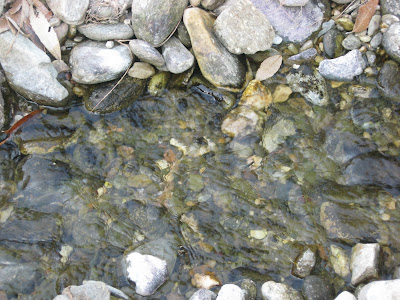 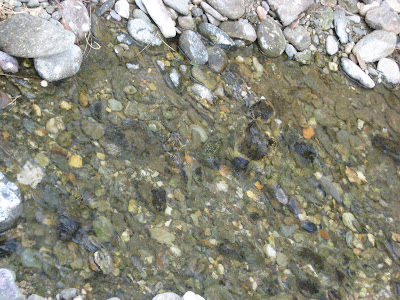 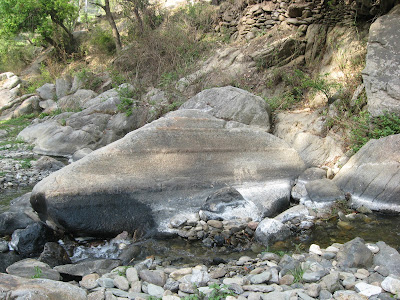 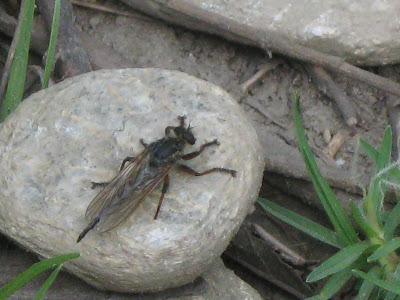 While we adults oohed and aahed over the beauty and tried to look out for birds, Samhith did what he does best – collected stones! And yes, we did bring back lots and lots of them! (Usha, there are some for you too….) 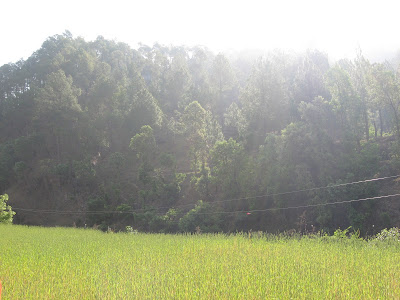 Dragging ourselves and Samhith reluctantly away from the peaceful stream, we made our way along fields towards another village, a route which would eventually lead us back to the resort….. 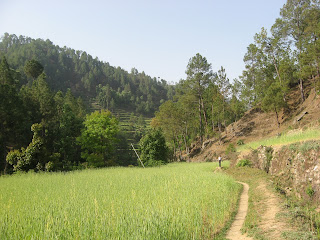 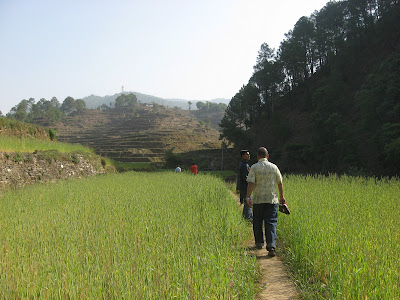 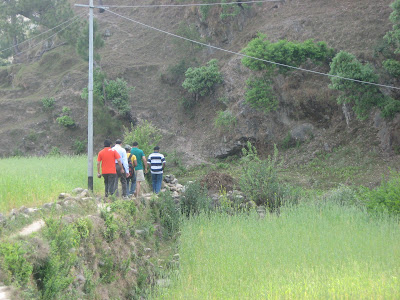 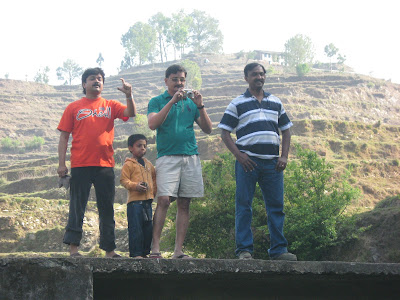 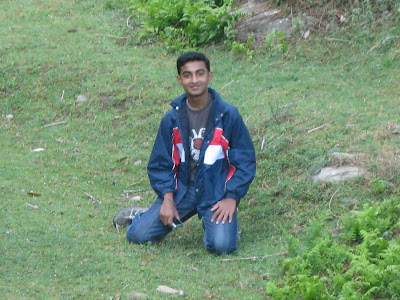 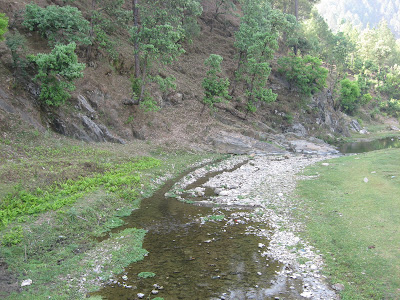 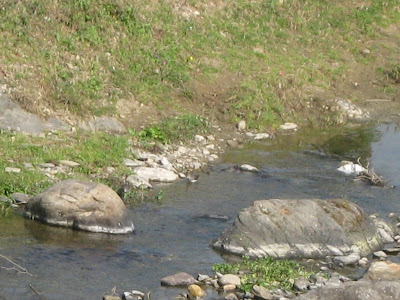 Here, we saw another bird which I managed to photograph, but I have forgotten the name… can anyone help me out????


As we walked along the easier path, Samhith now started noticing things…… thanks to our BNHS camp, where we went for a trek in the , he could now recognize ant-lions, and thanks to our Hermitage visit, he knew what tunnel web spiders were! While the photo of the former did not come out well, here is one of the latter. See, vacation coupled with education! Just like a mom, wouldn’t you say???????

As we finally stepped on to the main road, which, I must admit, made things much easier for me, we espied two birds... The first was some kind of a dove. If any of you know the exact name, please let me know…..

The second gave me what I think is the best photograph of the lot! This was an Oriental White Eye, a bird I had never seen before. As it happened, we were facing the sun, and I could hardly see the details, as the sun was shining right into my eyes. I clicked the photographs wondering if anything would come, but surprisingly, it came out amazingly clear, especially the white ring over the eye which gives it its name!


By the time we set foot into the resort, we were too tired for words, and all I could do was head out towards the restaurant for breakfast! The aches and pains started once I got back to the room, and we abandoned all further plans for the day, and I elected to relax with a book, as usual!
It was when we returned that we saw the Hoopoe, so I am adding it to this post too....


Incidentally, the resort had some wonderful books for kids and young adults, and, since I had already finished the books I had brought along, I elected to read whatever was available – which turned out to be Nancy Drew! I was reading these books after ages, but it was wonderful to do so again…….. In the five days I was there, I think I read about 6 Nancy Drews!