April 12, 2010
“Amma, I don’t like this train!” said Samhith, as we entered the coach, beginning our journey to the north. When asked why, he replied, “It is closed. I can’t look out and drop coins into the rivers!” A just grievance, I thought, but hastened to appease him, telling him that this was the best train to go to – it took the least time to get there. This failed to convince him, since he knew that he had to spend the night in the train… and any overnight journey was a long one to him. Even my assurance that he would get lots of food in this train did not work, till the first tray appeared, with cheese sandwiches – his favourite snack! His opinion of the train underwent an immediate U-turn when he saw the goodies I usually avoid on train journeys – lots of cheese, butter and juices – all for the taking! 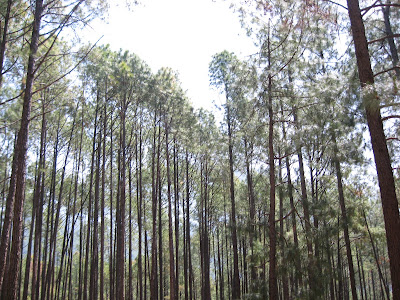 We were taking the Rajdhani to , and I couldn’t but help taking my mind back to the time I first travelled by the train, almost 30 years back! The year was 1981/82 and the Rajdhani was still the premium train – a luxury meant only for business men who could afford it and could shuttle between and in a remarkably short time. The only reason we were travelling by the train was the fact that we were shifting to to join my uncle a couple of years after my dad passed away, and my mom was carrying all her valuables. 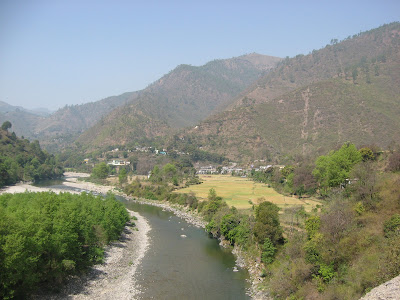 The recent tragedy was forgotten as we entered the AC coach, and saw the rows and rows of neat and clean seats. It didn’t matter that it was only a chair car in which we would have to spend 16 hours; I remember being fascinated by the reclining seats and the table which propped up in front of us! Even more fascinating was the line of foodstuffs that kept arriving as the evening wore on. Till we descended from the train, we were plied with food, and it was a wonderful experience, which left its mark deeply on my young, six/seven year old mind. 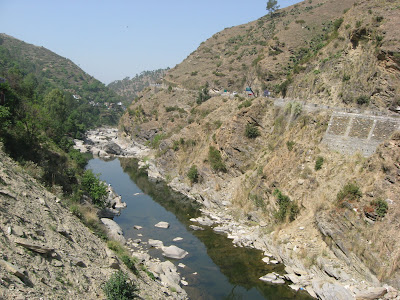 It was more than 15 years later that I again travelled by the Rajdhani, this time by the more comfortable 3-tier AC, but the magic had passed, and I wondered whatever I had seen in the train so many years back! Everyone was either eating or sleeping, and there was no conversation. Thank God I had my trusty books to see me through the journey, but even then, I was bored by the time I got off! As to the food, I barely managed to get through the snacks, and didn’t even want dinner! How could one eat all day long???? 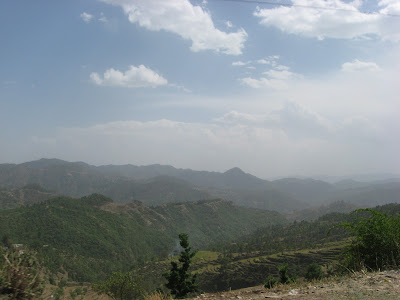 After that experience, I travelled often by the train, usually to attend some conference, and spent the time reading up and preparing for my talks, and realized that the train was not meant for leisurely journeys, but was like a flight – just to get from one place to another in the least amount of time, with the least amount of inconvenience. This took the charm of the train away for ever, and this time, I wondered if I should book tickets for some other train, just so that we would enjoy the journey! 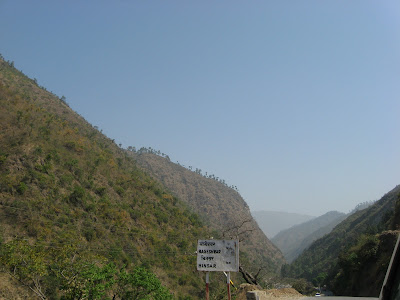 However, common sense won at last, and I booked the tickets realizing that this was the only train which would allow me to spend more time at my beloved city with my loved ones! And I must admit, I was curious about Samhith’s reaction to the train too!
Samhith was about the same age that I was when I first travelled by the train, and while he was impressed by the food arriving at regular intervals, he didn’t really care much for the train itself. At first I wondered why, but soon realized that Samhith has been exposed to more modes of travel than I was, at that time. He has travelled by all classes on our train, and the AC holds nothing new for him. As to food, these days, we hardly carry food as we used to then, and so, eating something different is nothing new to him! As to the time factor, he has flown often enough to realize that planes are the fastest modes of transport today, so the 16 hours of travel are too long for him! 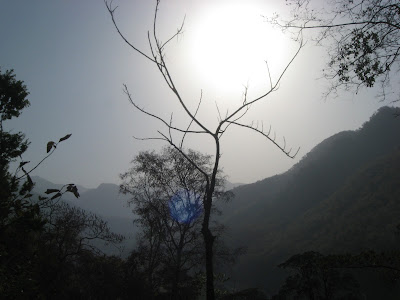 No wonder he wasn’t impressed! Within a few minutes of the cheese sandwich getting ingested, his boredom started showing, especially when he realized that all our co-travellers had their heads buried in their laptops! Thankfully, one of his classmates was in the train too, and the two of them started playing together, getting in the way of all the other passengers.
As to Shankar, he has always been to officially, and has always flown there, so it was his first time by the Rajdhani too. A person who never sits inside the train, and keeps walking to and fro, sitting near the door, getting down at every station, enjoying the passing countryside, he was utterly bored by the journey. Thankfully, he too found an acquaintance in the same coach, and left me alone to bury myself in my book – yes, I had anticipated the boredom and was carrying along a couple of books! 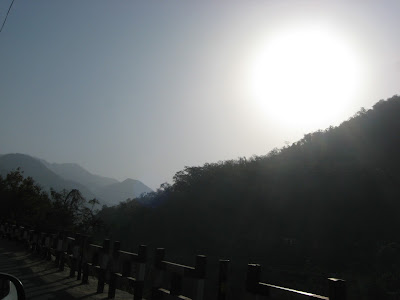 Now contrast this with the second leg of our journey – from to Kathgodam by the Ranikhet express. To begin with, the train started from the Old Delhi station, which I probably saw last when I was younger than Samhith. Today, the station is utterly chaotic, like most old Indian railway stations, with people sitting wherever they can find an inch of place. To add to the chaos, the platforms have been extended to accommodate more trains, and now there are two trains starting from the same platform at any given time. This means that each platform has two numbers attached to it, adding to the confusion!
We managed to overcome all these problems and arrived at our platform, only to find another train standing there! After a lot of questioning, we realized that the train standing there was an hour late, and our train could arrive only after it left! And our train was technically on time! 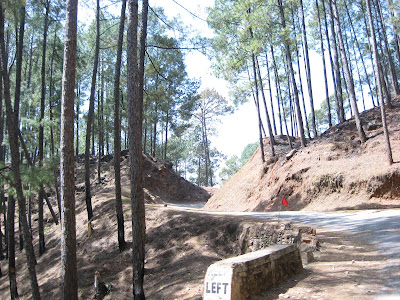 The train finally arrived and we managed to get in, and Samhith fell asleep the moment his head touched the berth! Thank God for small mercies! And then chaos dawned as another person entered, saying that the coach number had been changed! While a few passengers starting descending and running helter-skelter looking for the new coach, some of us decided to stay put till the TC appeared to resolve the issue! In any case, we did not have a choice, for Samhith was fast asleep and we had lots of luggage too! 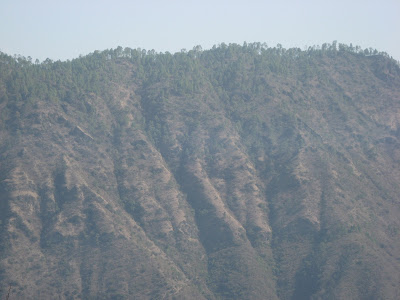 The confusion raged for almost half an hour, while we argued with the others who entered our coach and claimed our seats. Finally, Shankar turned up with the TC who declared that the chart was wrong, and tore it off, replacing it with another. We did not have to change our coach! Finally, we could go to sleep in our own place! 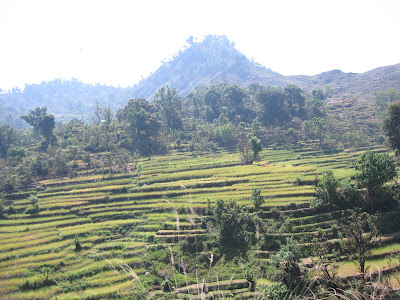 If you thought that was the end of the adventure, you are wrong, for the train turned out to be delayed. I woke up innumerable times in the night, only to see the train stationary every single time. Finally I decided to sleep off, and woke up at sunrise to see that the train was more than 4 hours late!
The delay brought out the best in the other travellers, for we started talking and exchanging notes about the places we were visiting. Among our companions were a group of women returning from a women’s conference in ! These women were part of a womens’ co-operative in Kausani, and wondered why the conference was held in , when their own town was far more beautiful! I couldn’t but help admire the strong minded women as they discussed the issues they were facing, and their belief that only women could work for the betterment of society – as one of them said, “Men do things for themselves and profit. Women do things for the improvement of the whole family!” How true, I thought, and realized that these women were far ahead of many others in our so-called ‘developed’ cities! 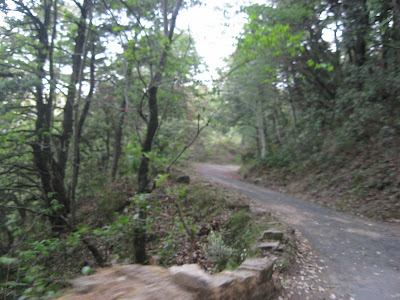 Time passed quickly, and in no time, we were at our destination. Hounded by touts for taxis, we were thankful that we had arranged for a taxi by phone, thanks to a blogger who had given us a taxi driver’s number. 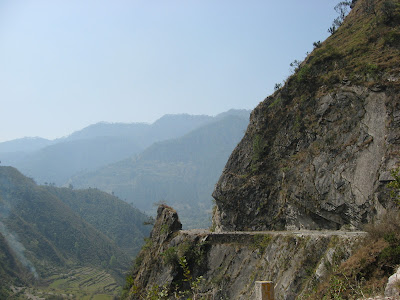 Our journey was over, but I couldn’t help but contrast the two journeys – one, a luxurious, expensive and modern one, the other, the typical Indian railway with all its problems and inexpensive. My choice is clear and so is Samhith’s – we would choose the second any day!
Note: All photos are from various parts of my journey in and around Binsar