Wai - An image of Kashi in the heart of Maharashtra

October 07, 2012
Our first visit to Wai was by chance. We were on the way to Satara, to attend a festival at the temple there. I was then pregnant, and my tendency to throw up on the road was higher than normal, which led to frequent stops on the highway. One such unscheduled stop found us near a board that said, ‘Wai – 10Km’. My father-in-law suddenly remembered a visit he had made to the area almost half a century ago, on his first job in the PWD. “There is a river there, and lots of temples” he said, and we decided to take the turn and see if they were still there. The river turned out to be almost completely dry... and what was left of it, extremely dirty... but the promise of temples was true. The whole riverbank was dotted with temples of all shapes and sizes, and there were also tiny shrines on the bed of the now-dried-up river, which obviously would disappear when the river filled up in the monsoons. I made a second trip to Wai some years later, but the river was just the same. The temples had more visitors, but what I remember about that visit was a delicious Maharashtrian Thali we had in a small make-shift hotel off the main road. It took me my third visit to see the river at Wai – the Krishna.


Wai is known as Dakshin Kashi, or Southern Kashi, probably due to the features it shares with the holy city of Varanasi or Kashi. As Varanasi stands on the banks of the Ganga, Wai is on the banks of the Krishna, the major river in this part of the country. Just like Kashi is known for the various Ghats, or steps along the river, Wai too has many such Ghats, and, like the ancient city, is filled with temples small and big.

The most famous temple in Wai is dedicated to Lord Ganesh. The temple stands on the banks of the river, and the 10ft tall, 8ft wide idol of Lord Ganesh is called Dholya Ganpati due to his immense size. 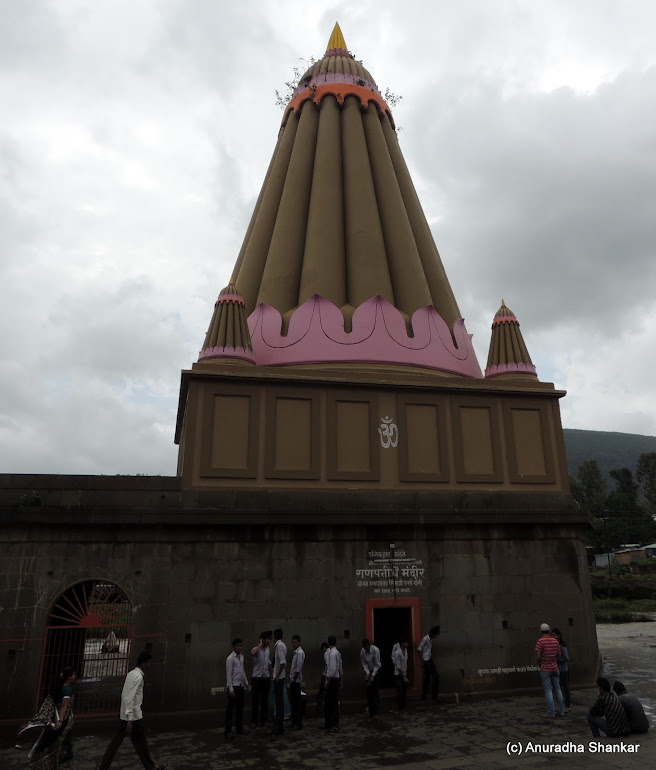 
Further down the river, there are more temples. Most of these temples have been closed when I visited, so I have not been inside any of them. However, they present so many opportunities for photography, that I enjoyed clicking away! 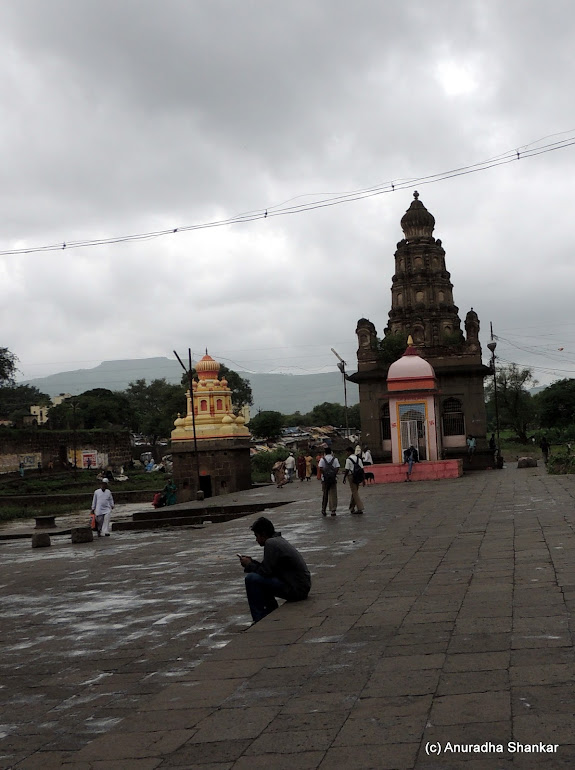 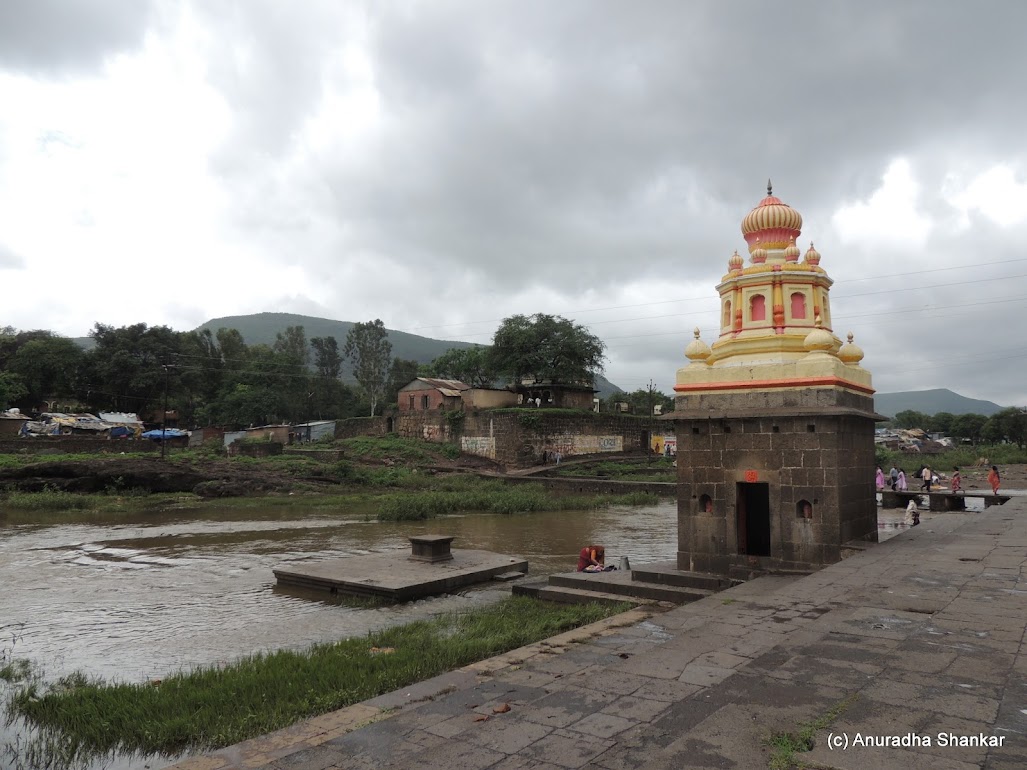 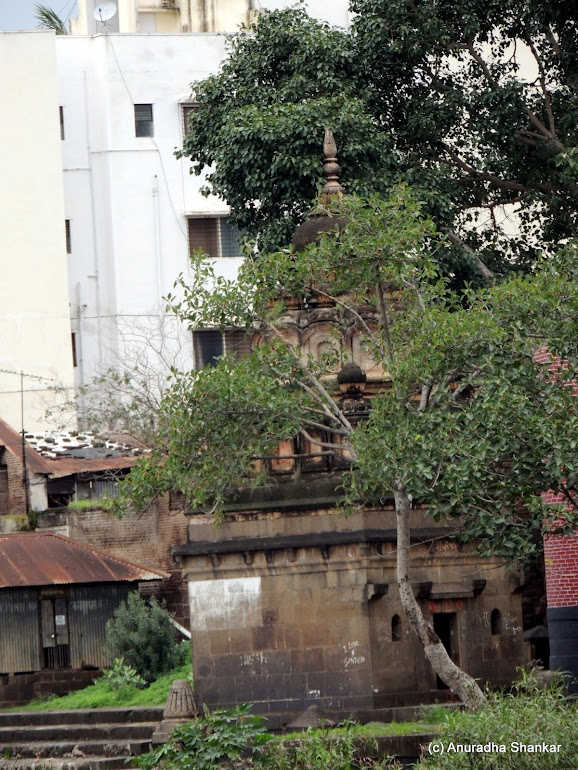 If the temples are the most prominent features of Wai, the river is the central thread running through the village. At one time, the Krishna must have been a mighty river, flowing swiftly from the hills of Mahabaleshwar where she originates, towards the southern plains. Wai is the place where she leaves the mountains and enters the plains, and thus the importance of this little village. However, dams and changing environment have had their impact, and the river flows just for a few months in the year. The rest of the year, she is just a trickle – a memory of the river she used to be. We visited the place in the midst of the monsoon, but already, the flow had been slowed by the dam up in the hills, though the water level was higher than we remembered from our earlier visits. Indeed, many of the tiny shrines I remembered seeing were no longer visible, making me wonder if I had really seen them! 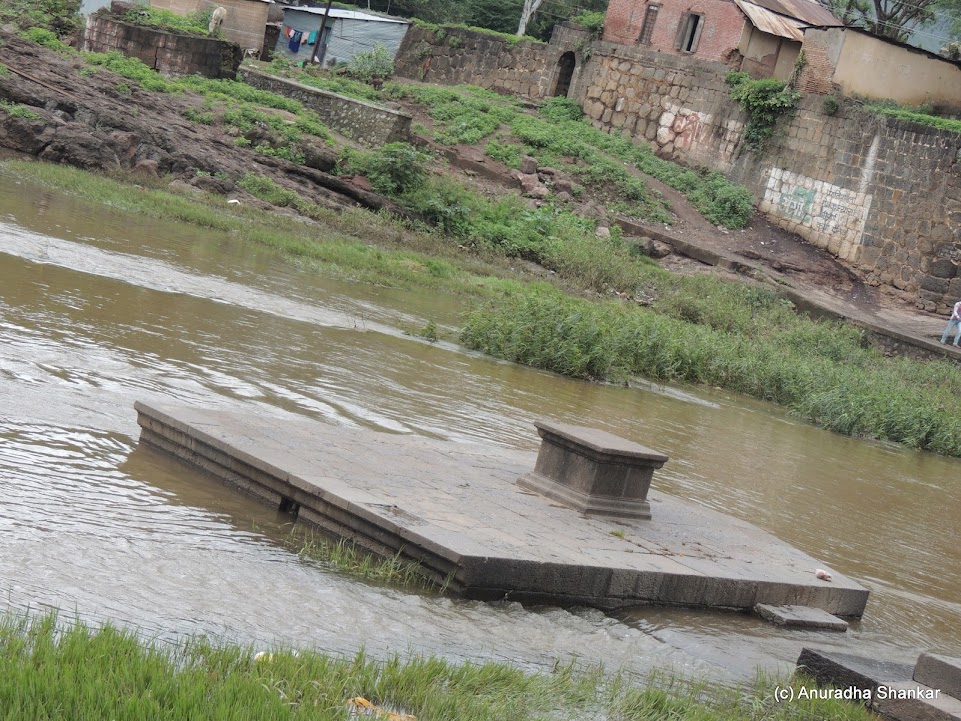 I usually avoid clicking people, preferring monuments or nature to dominate the frame, but here, the river was a part of the villagers’ lives, and they refused to stay out of my frames. I eventually gave in, and clicked them too. The women washing clothes on the riverbank right behind the temple.... 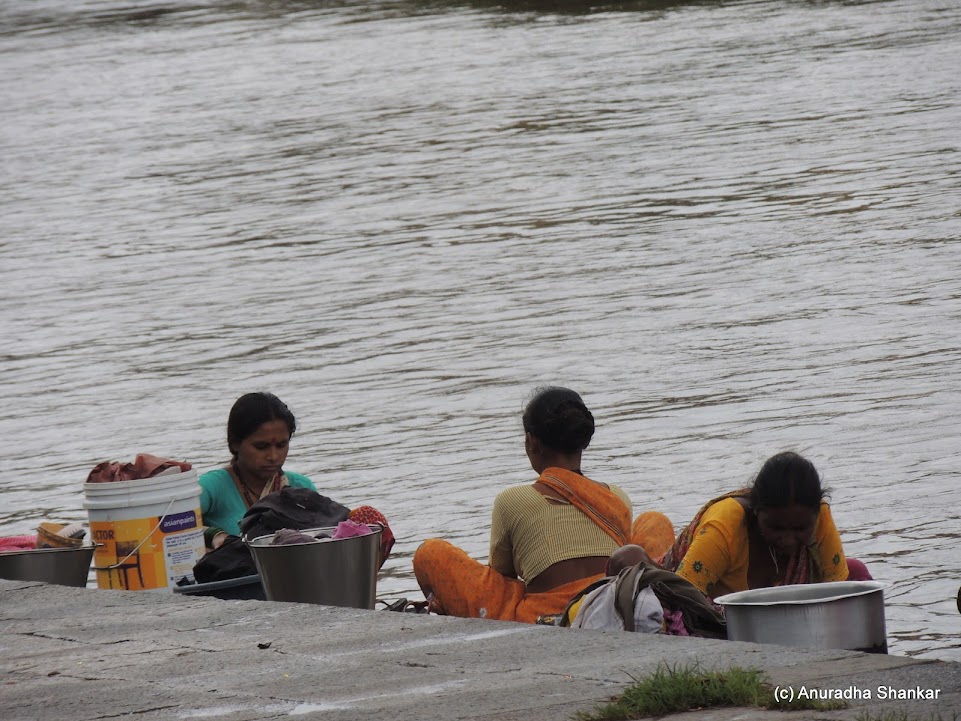 The old man walking along the path, making his way from one temple to another..... I wondered if he made the round every day... 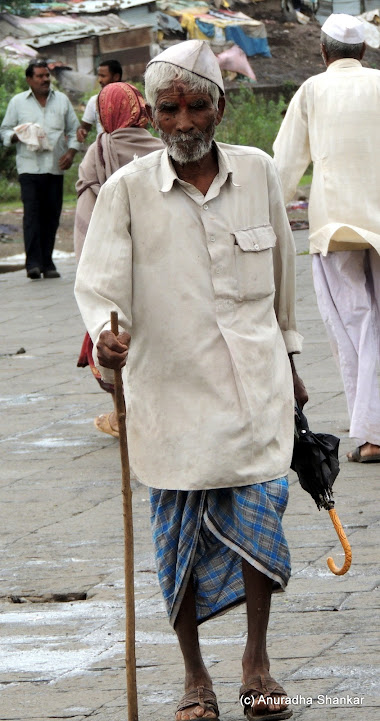 The shops outside the temple... a permanent feature outside all temples.. 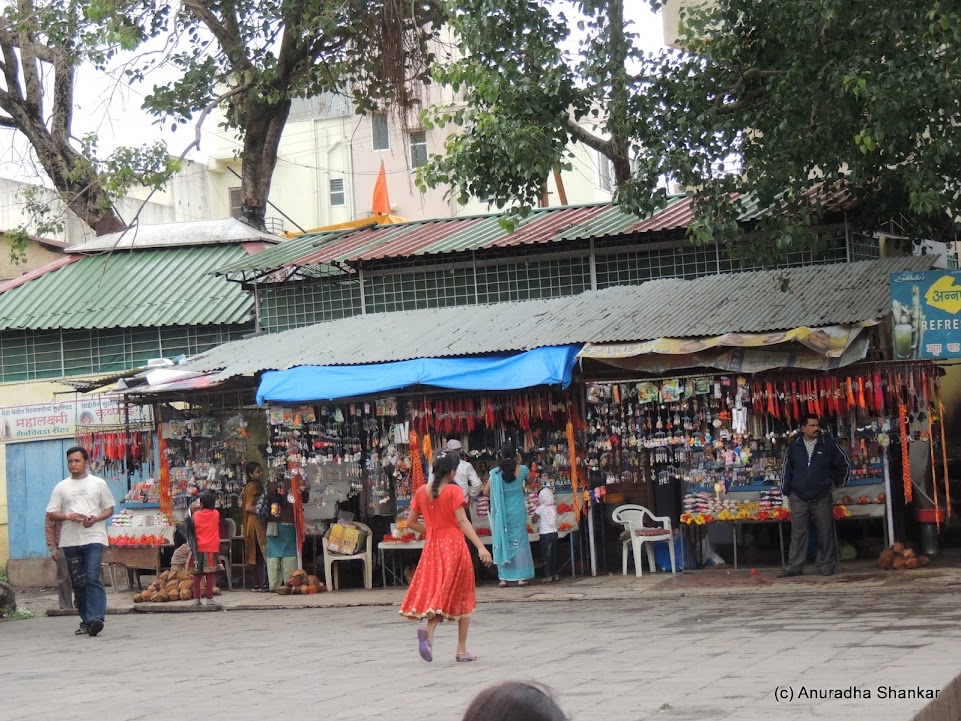 Wai has seen the rise and fall of the Marathas. The temples date back to the 18th century, though the original shrines were probably there long before. During the reign of Shivaji, Wai found itself to be the place from where Afzal Khan planned and executed his attack on Pratapgad. Apparently, there are still some ancient wadas (residences) dating back to that period.

However, it is neither history nor spirituality that Wai is known for today. It is simply a small village on the route to Mahabaleshwar ignored by most tourists. Those who have heard of it, know it to be the place where movies like Omkara, Swades, Gangajal and Dabangg were shot! The town also came to be in the spotlight through the media a few years back after a stampede at a nearby temple atop a hill. Most of the time however, it remains its own serene self, like the river that flows through it!

From spirituality to history to movies, Wai has something for everyone...but few know of it yet!

Wai is conveniently located on the route from Mumbai to Satara or Mahabaleshwar.