Faces in the Crowd - Young Entrepreneur

March 02, 2013
Sitting by the window, the full glare of the sun falling on me, my thoughts can't but help return to the wonderful winter vacation we had at Shimla. No wonder then, that my choice for today's Faces in the Crowd is a kid we met at Narkanda. 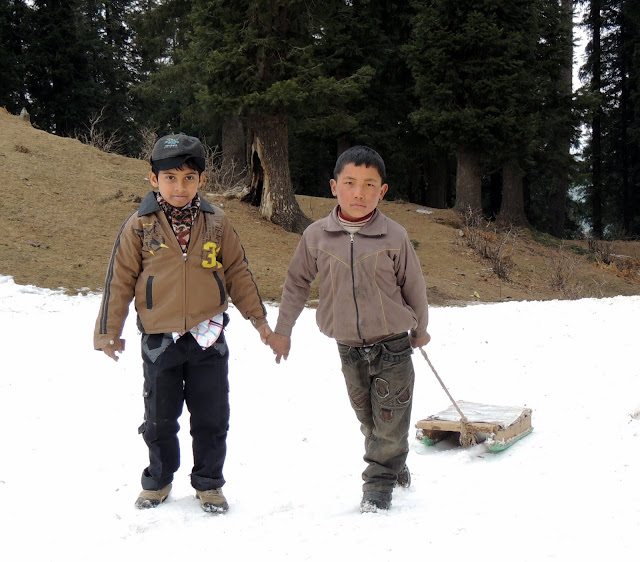 We had spent hours skiing and playing in the snow at Narkanda, and were heading back, when this little chap came up and asked Samhith if he would like a ride on his sled. Of course, it wasn't really a sled, but just a plank of wood with a string attached to pull it. Samhith, even after all that playing, looked wistful, and the kid looked so earnest, that we agreed. What was meant to be one slide down the snow covered slope turned to much more, as we didn't have the heart to put an end to the fun Samhith was having.

As we waited for Samhith, we realized that this young guy wasn't the only one. There were more like him, all entertaining kids who were too young to ski, charging around Rs. 50 for a ride. The young entrepreneurs certainly made the most of the tourist season! We couldn't but help admiring them, and waited for Samhith to be done, so we could talk to them. 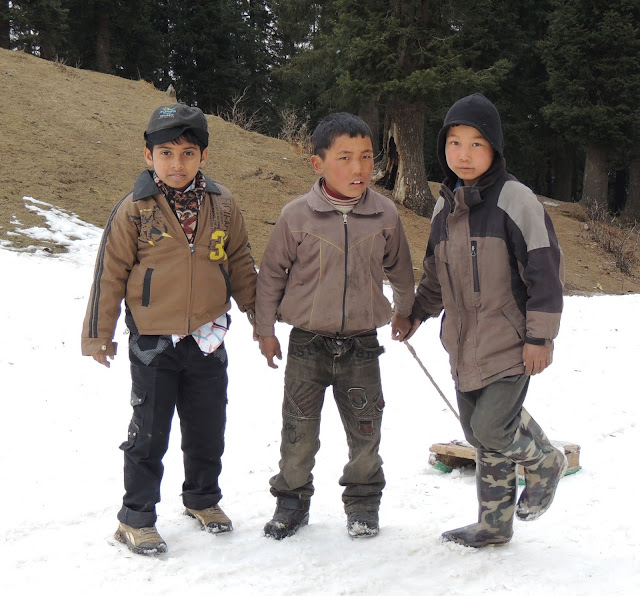 Eventually, when he did ruefully agree to get going, we asked the kid how old he was. It turned out he is at least 2 years older than Samhith!!!! Samhith himself looks small for his age, but this kid seems to be hardly bigger than him. I wonder.. is it in his genes, or is it malnutrition? From what I remember reading somewhere recently, India is said to be the second country with the largest number of malnourished children. Not a statistic to be proud of, certainly!!!!

I tend to brood over such thoughts, which refuse to leave me alone, but my husband has another way of looking at things. When I mentioned this to him, he had a simple explanation - the kid might not know his age, For all you know, he might be younger than Samhith!

So, what do you think?