September 17, 2013
The drive from Wayanad to Mysore took us along the Kabini river, and through the Nagarhole National Park. On our way to Wayanad, we had surprised a Gaur and an elephant on the road, apart from numerous deer. The return journey saw the animals well out of the way, and it would have been a boring drive, except for the number of birds we happened to notice. While most were fleeting glimpses, barely enough for proper identification, this one made out day..... 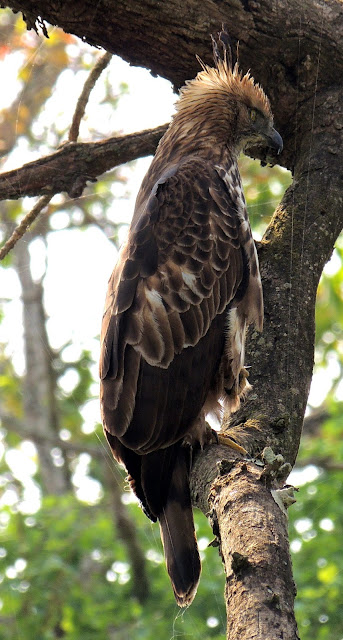 From our bird book, it appears to be a Changeable Hawk-Eagle, a name which is as interesting as the bird itself!

Salim Ali, in his book describes it as "A slender forest eagle in various confusing colour phases. Normally brown above; white below with black longitudinal streaks on throat and chocolate streaks on breast." 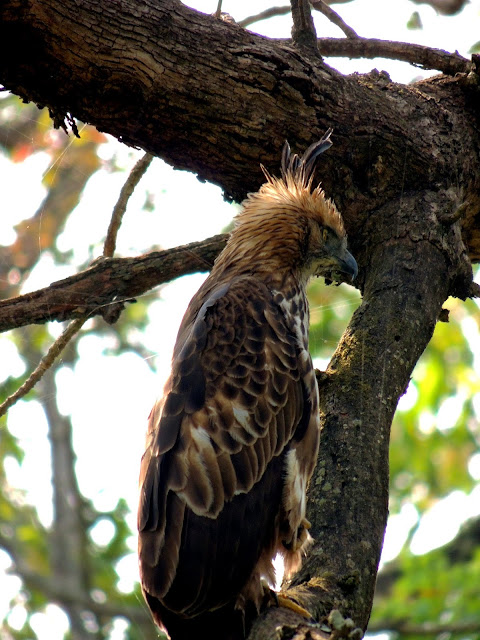 Some subspecies among these birds have a crest. Others do not. And, as Salim Ali says, the colours vary too. This is what gives it its name. Interesting, isn't it? That a bird can either be a hawk or an eagle? or maybe we simply don't know what to call it! 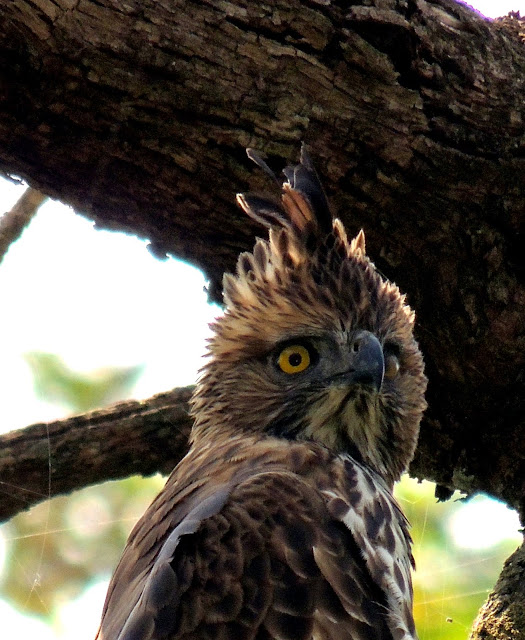 No matter what it was, the bird surely made our day. It was one of the highlights of the trip, more so since it was Samhith who spotted it! Besides, it stayed put for a long, long time on that branch, while I tried to click a decent photo without getting out of the car and scaring it away. It took quite a bit of effort, but the results are worth it, don't you think?

That seemed to set the tone for the rest of our trip, and we seemed to see birds everywhere in Mysore!!! Watch out for my other posts to know which ones we saw!