September 06, 2013
There are 12 temples inside the Mysore Palace complex. Some of these are ancient ones, which stood long before the palace was built, while others are relatively recent, having been built by the royal family in different periods. Among these, it is the Shveta Varahaswamy Temple which is the most prominent, since it is located right next to the present entrance to the palace. 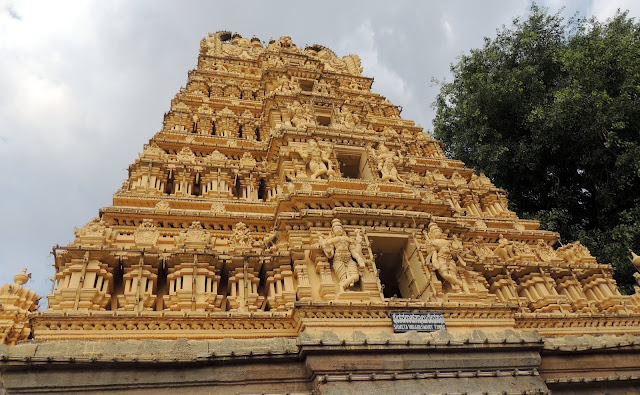 Varaha is the third avatar or incarnation of Lord Vishnu, the family deity of the Wodeyars. He appears in the form of a wild boar,bringing out the earth (Bhu-devi) from the ocean. The idol being made of white stone, He is called ‘Shveta (white) Varahaswamy. It is said that the idol was brought from Srimushnam in Tamilnadu, by Chikka Devaraja Wodeyar (1672-1704), and consecrated at a new temple in Srirangapatna, which was then their capital. In 1809, the deity was brought to Mysore and consecrated in this temple by Diwan Purnaiah as per the wishes of Krishna Raja Wodeyar III. 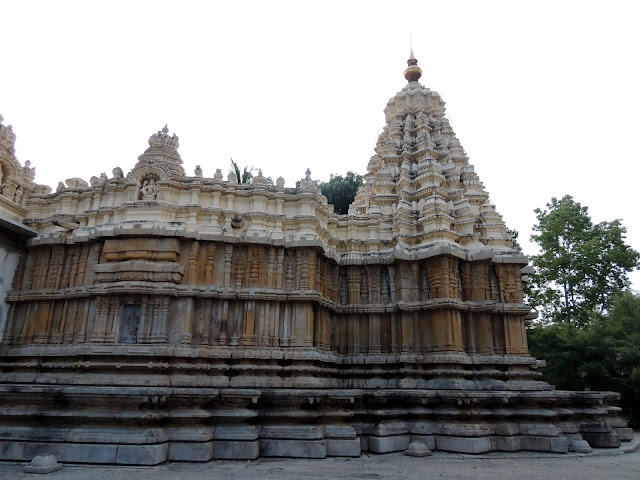 The temple is built in the typical Hoysala style of architecture with intricate work over the doorways and pillars. 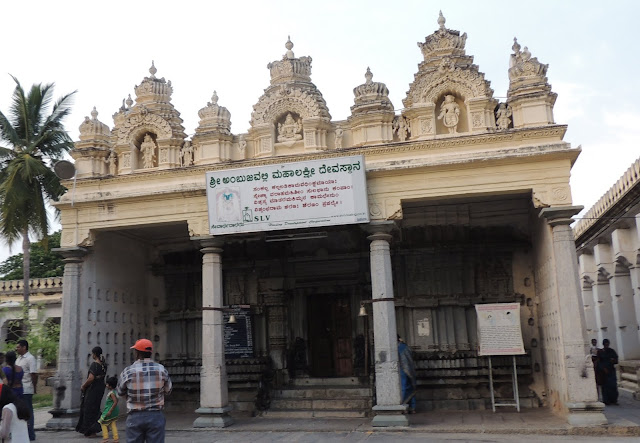 There is also a separate shrine for the goddess. 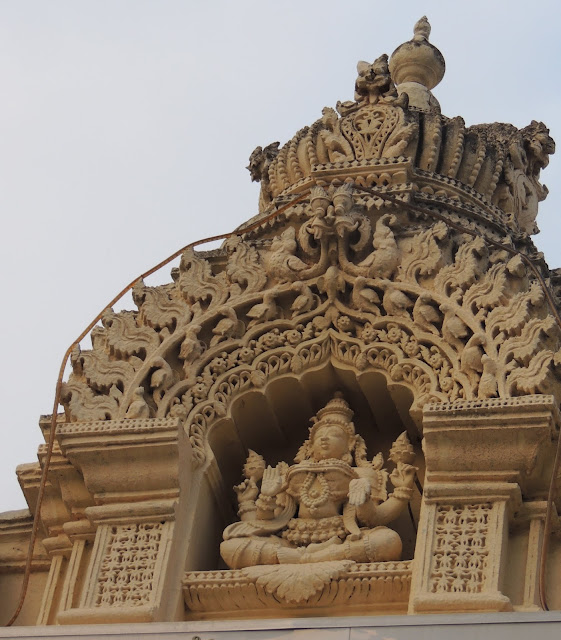 One of the interesting things about this temple are the paintings representing the Ramayana and Bhagavata on the walls of the pillared hall. Unfortunately, cameras aren’t allowed inside the temple, so I have no photos of these. Instead, here is a depiction of the Dashavatar (the 10 incarnations of Lord Vishnu) over the doorway…


I am sharing this post today with SkyWatch Friday. True, there isnt much of the sky in these pics, but standing in the palace complex, looking around, the temples with their majestic gopurams were the most visible on the skyline! For more beautiful skies from around the world, visit the Skywatch page.