January 17, 2014
Where there is a fort, there usually are dungeons. Except, that these days we rarely get to see any. Which is why, when we saw a Karnataka Tourism board proclaiming the presence of two dungeons in Srirangapatna, Samhith was all agog with anticipation. The first dungeon, as it turned out, was very near the Ranganathaswamy Temple. The Colonel Bailey’s dungeon, as it is called, is where Colonel Bailey was held captive during the Second Mysore War, by Tipu Sultan. 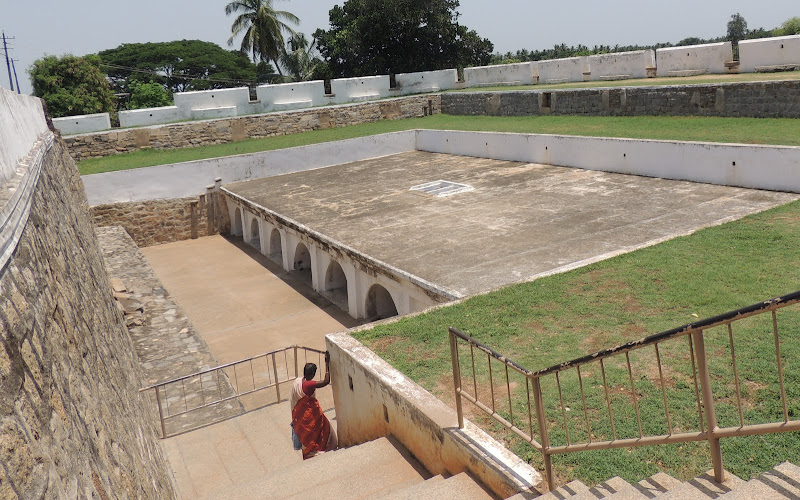 The dungeon is not easily visible, concealed as it is by the remnants of the fort bastion. 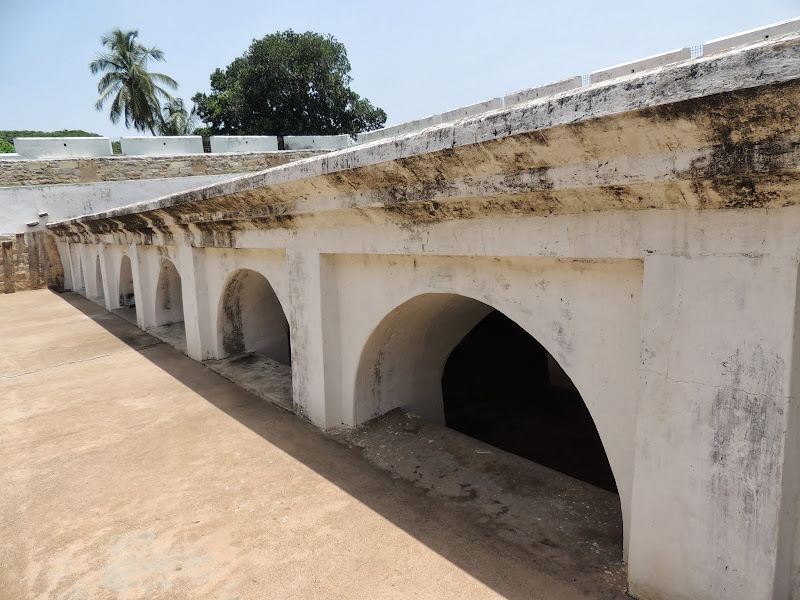 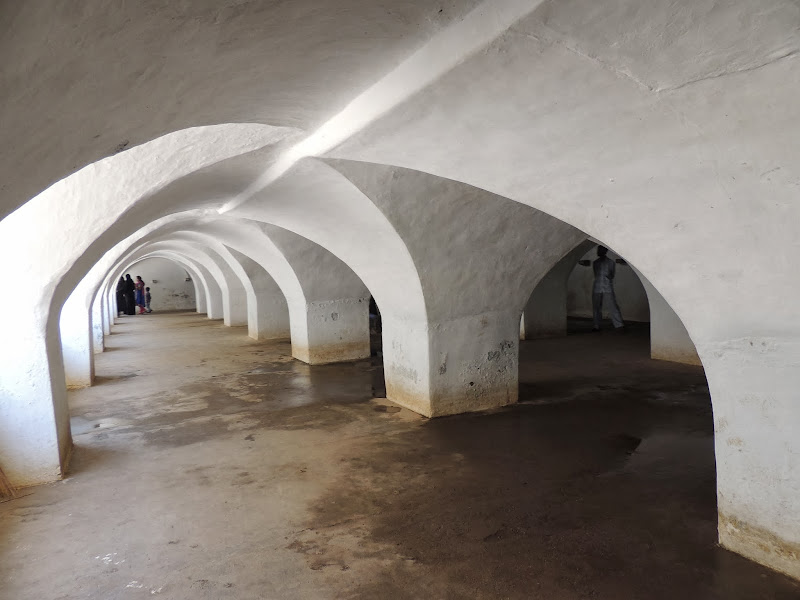 This section is called Sultan’s Battery – where the cannons were deployed, and right in the centre, there is one cannon, which, during the war, fell through the wall, and is said to be lying here ever since! You can see the section of the ceiling which has caved in. 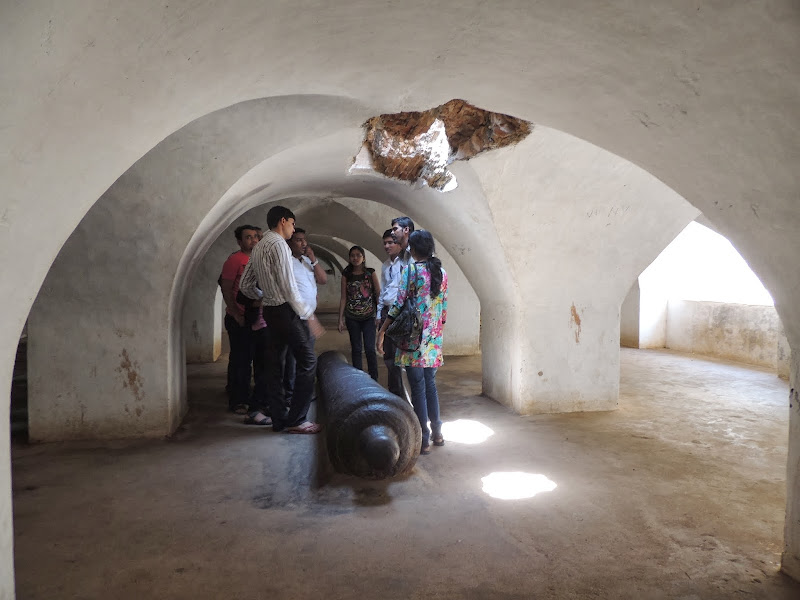 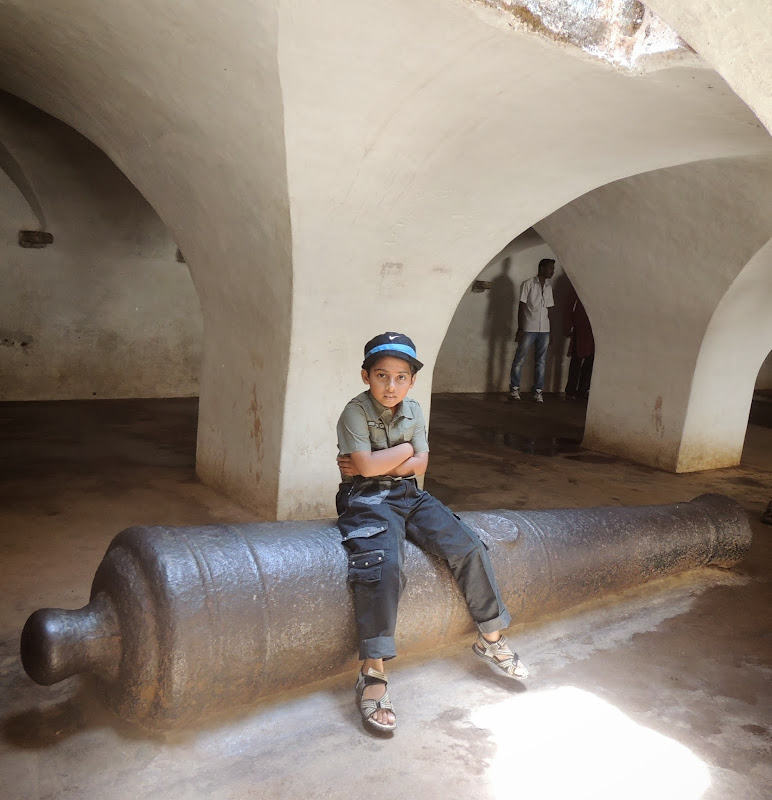 However, most interesting, at least to my 10 year old war obsessed kid, was this…. 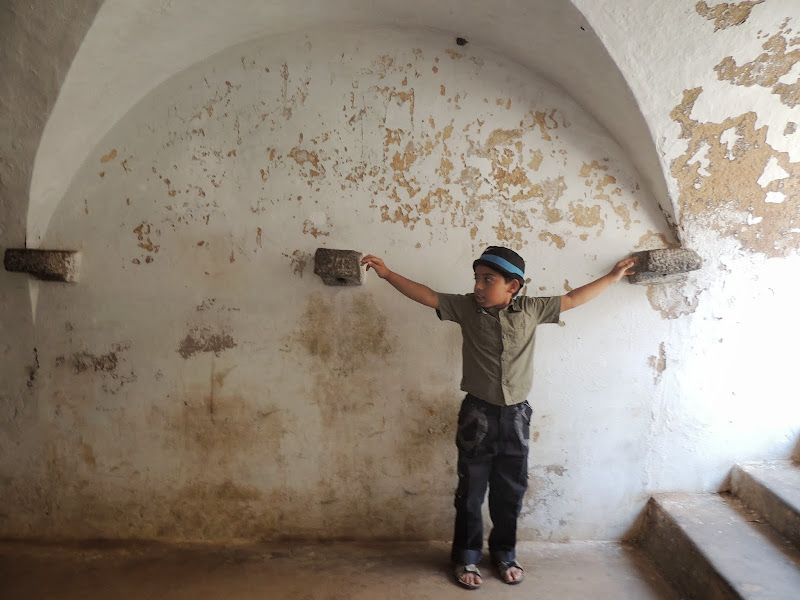 His imagination ran wild at the thought of all the British soldiers chained to the walls!

The second dungeon on the list is called Thomas Inman’s dungeon. Unlike the first one, this is named, not for someone who died here, but for the one who discovered it. It is believed that this dungeon was used by Tipu Sultan to imprison Marathas and other prisoners of war. The auto driver we had hired was hesitant to take us there, but when we insisted, he managed to get directions. All we got to see, however, was this…. 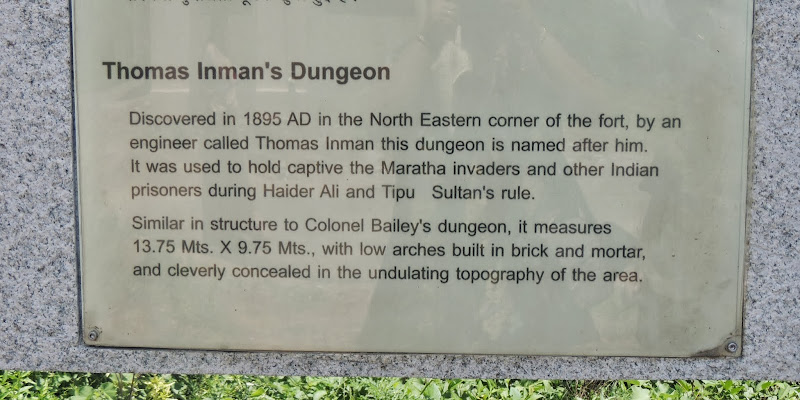 The board announcing the presence of the dungeons. 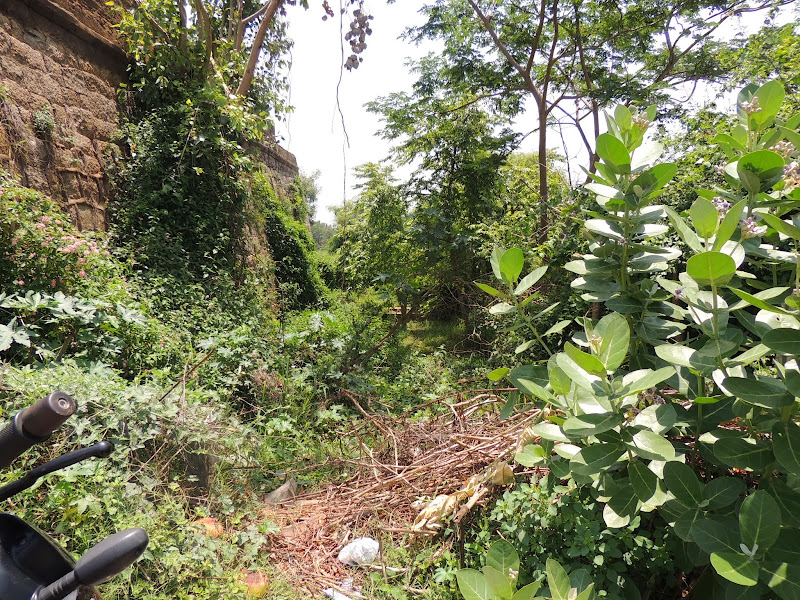 And try as we might, we weren’t able to find our way inside! Someone we talked to later suggested that the entry might have been closed for maintenance work, since the palace was also closed around that time, but we weren’t able to confirm it. It was a disappointment though, to have missed out on another dungeon!