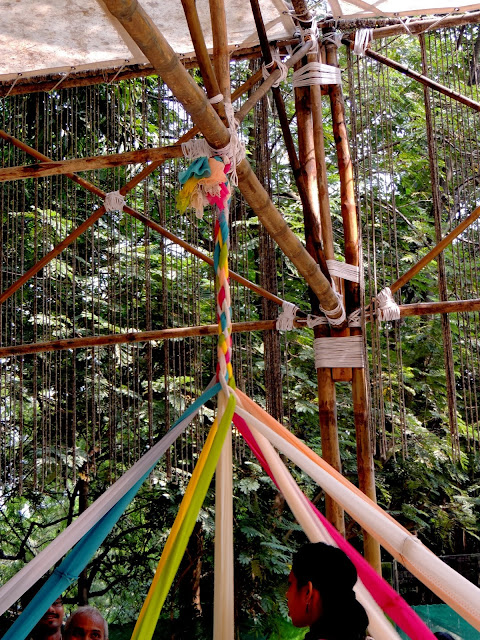 Each of us held a different coloured ribbon, and then, moved around in sync, as the ribbons wound themselves into a beautiful plait... 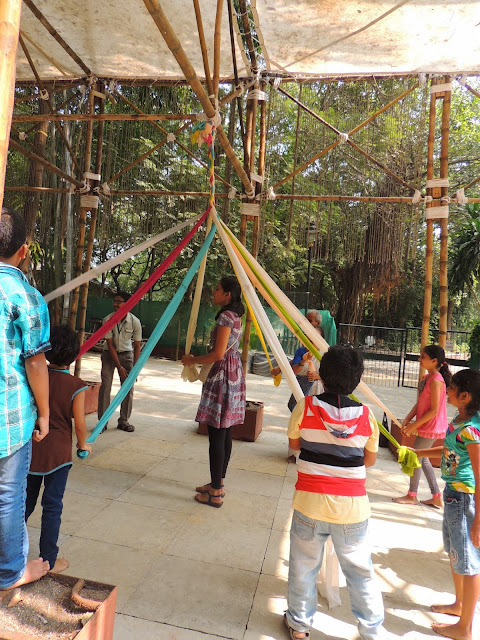 When was the last time you played Hop-scotch? Of course, you might have called it by another name, such as ‘paandi’ or ‘tappri’ as we did. 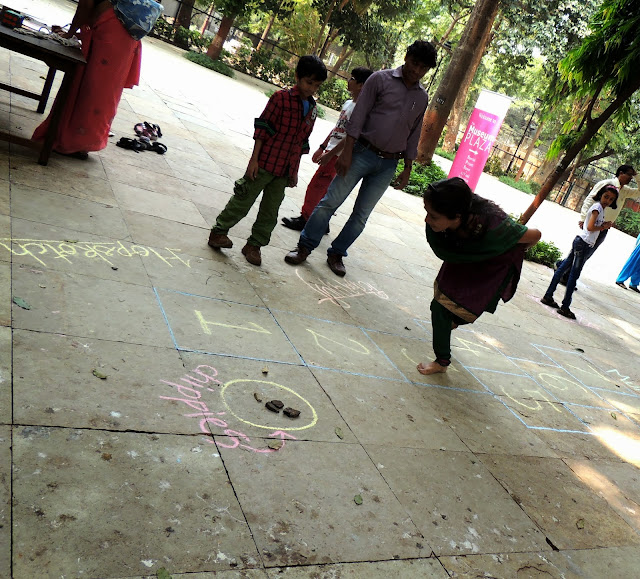 When was the last time you skipped? 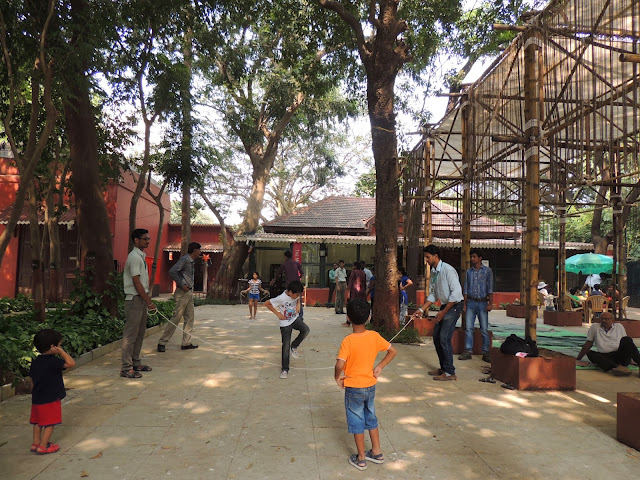 Or played snakes and ladders without a board? 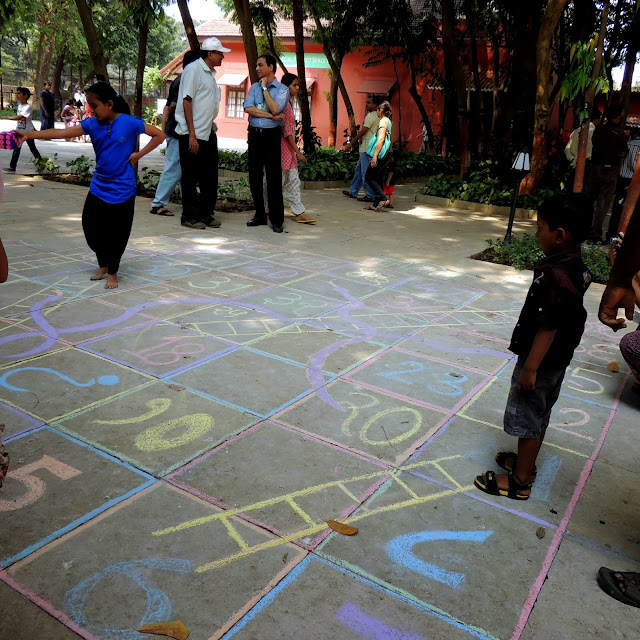 And this one, played with small shells or cowries, was simply called ‘chozhi’…. 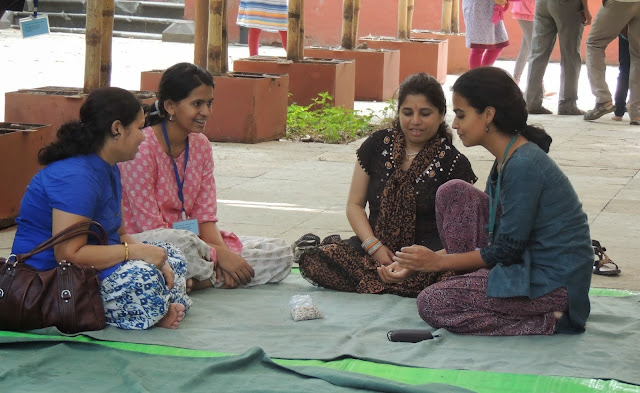 This game varied from place to place. We called it ‘Delhi Bombay Calcutta Madras’ and Samhith calls it ‘Bomb in the city’. We simply ran around as someone clapped hands, stopping at different cities when the clapping stopped. The clapper called out a city name and all those who stood there were ‘out!’ 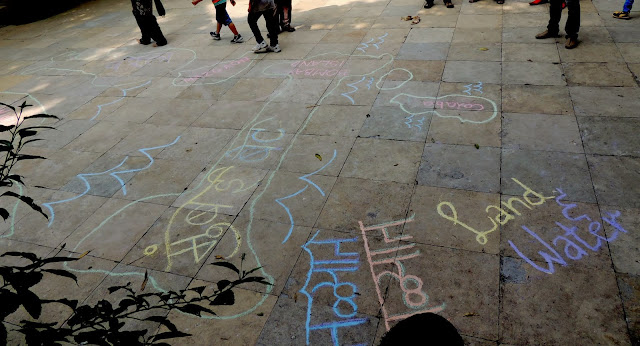 Do these take you back down memory lane? If you, like me, grew up in the seventies and eighties, before the advent of TVs and Computers, chances are, you would have played these games too, and many more.

This weekend, the Dr. Bhau Daji Lad Museum at Byculla, Mumbai, gives us a chance to go back down memory lane, remember all these games, and re-learn them…. Introduce our kids to show them just how much fun they are!

These games are on at the Museum over the weekend…. Tomorrow is the last day, so if you are in Mumbai, do not miss this chance.

And in case you do miss the chance, you can download a book I collaborated on, with my fellow writers from Pocket Cultures. Titled ‘Gamesfrom around the world’, the book will surely give you some ideas!

While you are the museum, you have other things to feast your eyes on… The museum of course has some fascinating works of art – ivories, metalwork, and representations of culture and myths. There are stories galore always on display. But, at the moment, there is another story too being displayed – a story told through photographs and reproductions of letters. Ghiora Aharoni’s ‘Missives’ is inspired by love letters written by his mother as an adolescent in the 1950s. Accompanied by thousands of vintage photographs, and  reproductions of fragments of the letters on delicate Japanese paper, the installation is a delight to experience. This is on display till the 30th of November. 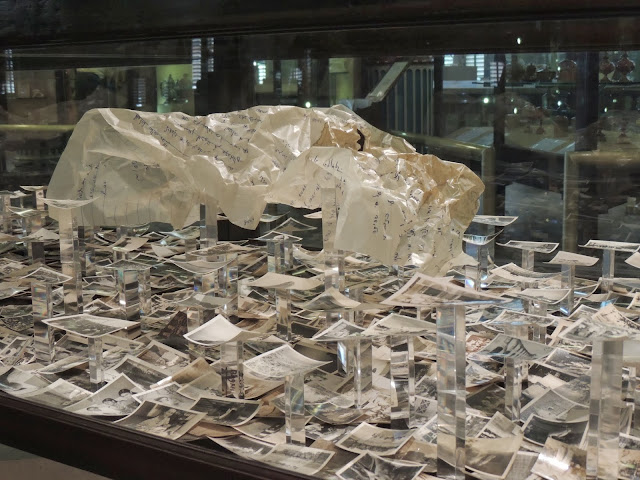 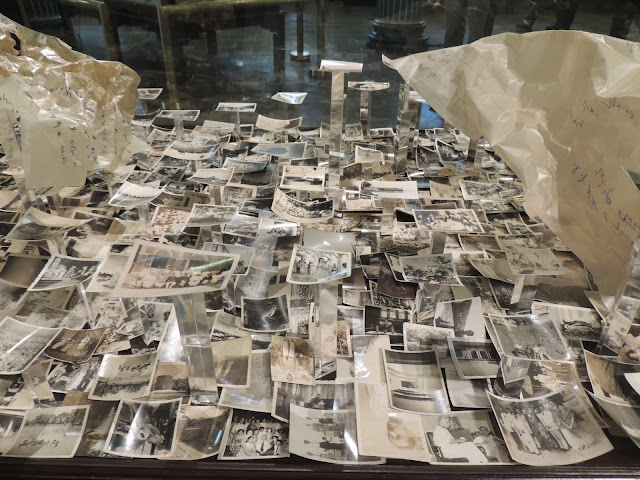 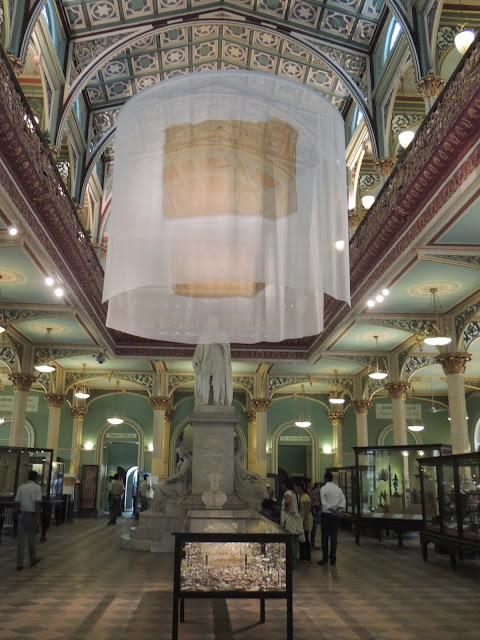 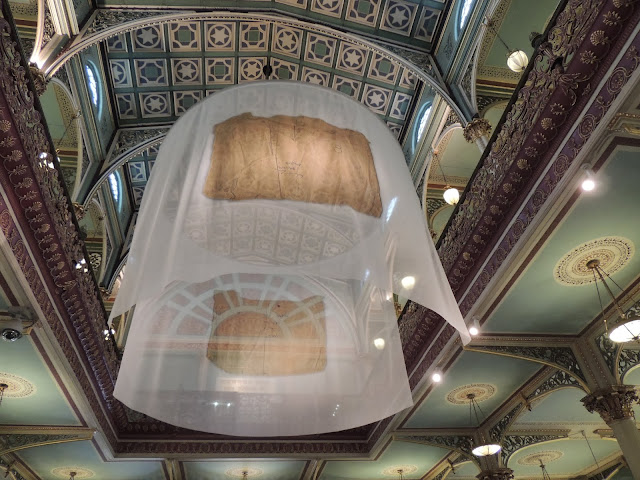 And then, there is also the exhibition of photographs of properties in Bombay owned by David Sassoon. Most of us have heard of the Sassoon Docks and the David Sassoon Library, but the photographs show us a legacy so much bigger than just these two. The beautifully preserved and displayed photos show us Bombay as it must have been, and make me wish I lived then. It made me want to explore more of the Mumbai today, and see what has become of those buildings today. The exhibition is on till the 24th of November.