November 25, 2013
Partly buried in the sand, it wouldn't have attracted attention, but for the fact, that we were searching for shells. 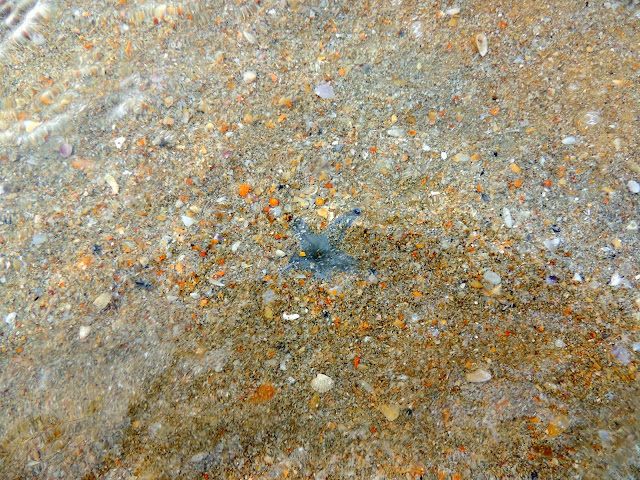 Ardent shell collectors that we are, we were looking for something different, and a sudden movement caught our eye. We first thought it was a crab... and there was one nearby, one that Samhith saw, but one sight of this starfish, and shells were all forgotten! 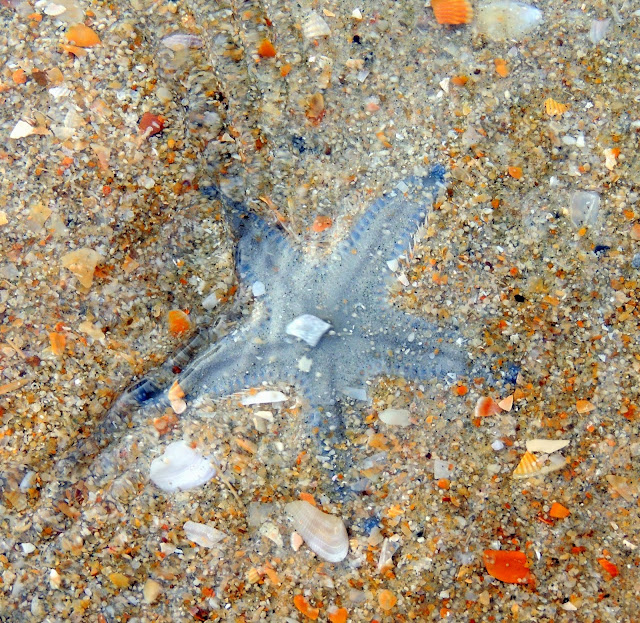 We first thought this was the only one around, but we soon saw many others. It appeared that they had been washed ashore, and we soon realized that there were plenty of them scattered around, and we were able to take a closer look. 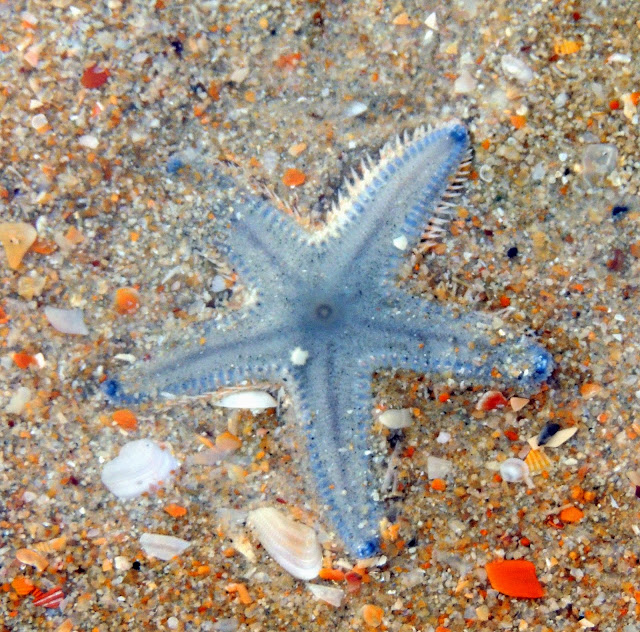 I had only seen dead starfish in all these years, so seeing a live one for the very first time is a sight I can not forget. The quivering 'feet' if I can them that, and the ease with which they buried themselves into the sand fascinated us for quite a while, and we stood there for a while, simply watching more of them appear and disappear. 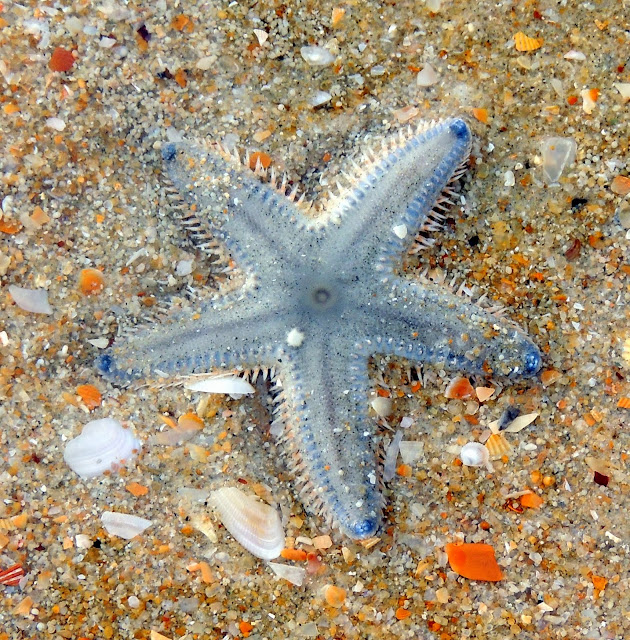 It was only later, walking around the beach, that the realization dawned, that many of these were destined to go the same way as the shells we were collecting. Washed too far ashore to be able to get back to the safety of the sea, or even to burrow under the wet sand, there were so many left behind by the ebbing tide. 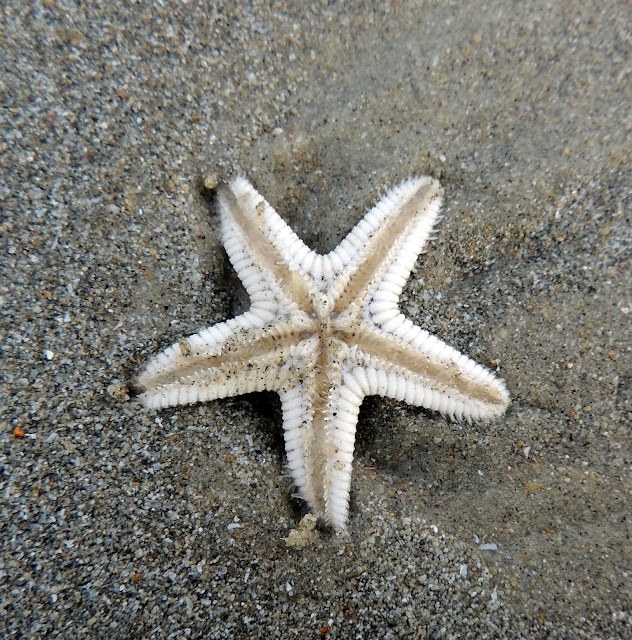 It was a sad sight to see all those dead starfish, but we also realized that this was almost the same as all the shells scattered on the beach. That is how they came to be here too. However, try as we might, we weren't able to pick it up to bring it along with us. After all, we had seen them as they are meant to be seen - alive!

P.S. If any of you are wondering, we saw these starfish at Varca Beach in Goa.