November 18, 2013
A security guard at the gate signs us in, and points us to a building. “Third floor” he says, laconically. We walk the short distance, and are told we have to climb, for there is no elevator here. Three flights of stairs later, breathing heavily from the exertion, we finally arrive at our destination – the BEST Museum. 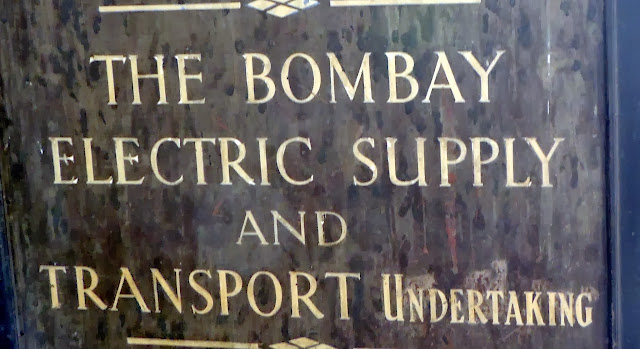 Located at Anik Depot, the BEST Museum is an attempt to preserve the heritage of the BEST Undertaking, and educate people about the development of the transport and electrical supply in Mumbai.

The exhibits tell their own story, of the growth of public transport, from the horse drawn trams of 1874, to the advent of electric trams in 1907, the first omnibuses introduced in 1926 and the first special ‘sightseeing’ buses, which also ran in the same year; the earliest double decker buses which began operations in 1937, and the modifications they endured over the years; which eventually led to the buses we see on the roads today.

Tickets of trams and buses, going back to the last century, tell their own story – of the cost of living, the inflation, and the change of political regime.

Old photographs of Electric House, and the exhibitions meant to educate people of the benefits of electricity tell another story – of the transition of a city from a small island to a modern metropolis.

An original bus engine, cut to reveal its secrets, serves to beautifully explain the concept of engines, and the long way they have come since then. Old tram seats and bus windows take us back to another time, giving us a better peek into life, as it was then, as do ancient type writers, coin counting machines, and ticket vending machines, all operated manually.

Framed photographs of directors make us aware of the people behind the efficient transport system of the city, and some of their personal items on display tell us more about the men themselves. Old plans for further development serve to show the foresight of some of them, and the fact that these plans lie disused, show us just how petty politics influences our day to day lives, making us wish we had better leaders, who could actually take the system a step further.

The story of the transformation of the Bombay Electric Supply and Tramways Company to the Brihanmumbai Electric Supply and Transport Undertaking is a fascinating one, but even more fascinating, at least to children, and to the child in us all, are the models of trams, buses, bus stands, and depots, which the museum is filled with! Especially fun for kids are the remote control operated models of BEST buses, which kids are allowed to try out, under supervision of course!

Actual models of all BEST Bus Depots show us just how well organised the system is, and, as we look around one last time, I just wish the museum, with all its wonderful exhibits, was better  maintained.

Those in charge of it, however, seem to be pleased with things just the way they are. There are enough schools bringing students for visits, and enough footfalls to justify its existence. Making it more popular, or maintaining it better doesn’t seem to be high on their list of priorities. After all, it is a free museum, not bringing in any revenue. The people working here are enthusiastic, but they are only employees, not decision makers.

The lone guide here is an especially enthusiastic man, filled with pride for the organisation he works for. He is, however, hampered by his lack of fluency in English. He is most comfortable speaking in Marathi, and was relieved when I told him I could both understand and speak the language. However, more commendable was the fact that he wanted to improve his English, for, as he himself says, not all visitors to the museum know the language.

It is people like him – the ones who collected and preserved all these materials, set it up, and today, run it – who make the museum the interesting place it is. All it needs is a little more attention and care to make us proud of it too.

P.S : Photography is allowed inside the museum, and I clicked loads and loads. However, when I mentioned that I was a blogger, they suddenly were wary of me putting up images on the net. They asked me to take permission from the BEST PRO, whom I duly called up, and also sent mails to, asking for permission. Unfortunately, I haven’t received any reply from them, which is why I decided to go ahead with the post with a minimal number of photographs. I have chosen to only use photos which either have Samhith in them, or those which I felt would help in giving you, my readers, an idea of what to expect. I simply wish to reiterate that my only aim here is to encourage more people to visit the museum, so I hope no one will be offended by my use of these photographs.