November 23, 2013
An old brake van doubles up as the ticket counter, and ancient iron seats are used as swings. Where else can you see such sights, but at a Rail Museum? 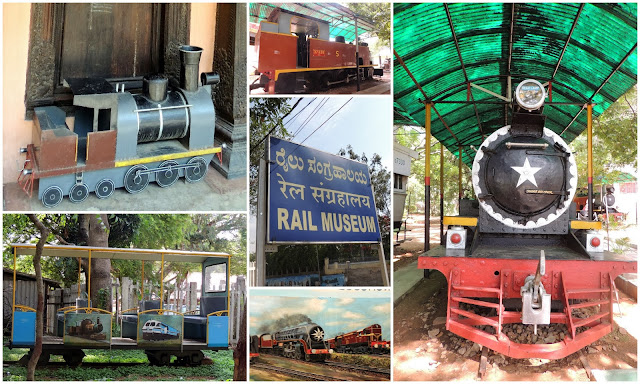 Set up in 1979, the Mysore Rail Museum was the second such museum to be set up in India, after the National Rail Museum in Delhi.

Like the one in Delhi, this too is an open air museum, spread over a garden, which has been allowed to grow wild at places, with the old, discarded engines and coaches standing here and there, blending into the wilderness. Some have been provided a canopy, which is supposed to preserve them from the elements, but better maintenance would be needed, to preserve them for posterity. 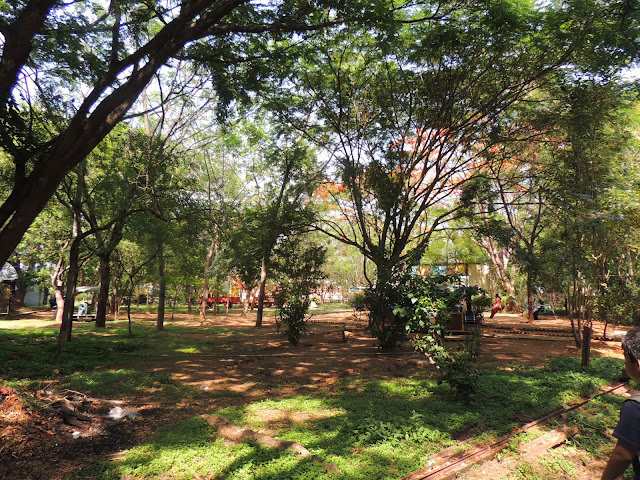 The best part of the Rail Museum is the detailed explanation for each and every engine or machine on display. More than the explanation, it is the mode of explanation which makes the description interesting. Take a look at a couple, and you will understand why I loved them!

Besides, they are all kept open, which makes the entire display even better. Climbing into every engine and coach is not just fun, it also gives us an idea of just what travel was like, in bygone days.

Imagine yourself inside one of these – a narrow gauge coach, built in 1927…

Or think of operating one of these – a travelling crane, used for loading and unloading heavy items from goods vans, and also used during accidents. Though this is over a century old, built in 1885 at a cost of Rs.4734, it has been restored, and is still in working condition. 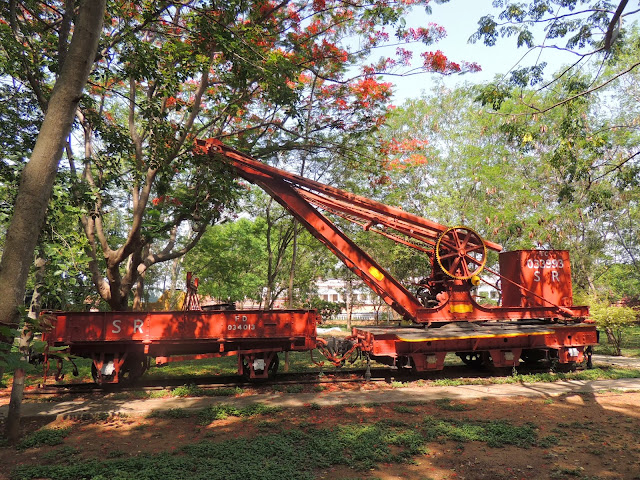 While I walked around, lost in the past, Samhith had a blast, trying every gear and wheel in sight, and he ran and climbed excitedly, in spite of the searing summer heat. 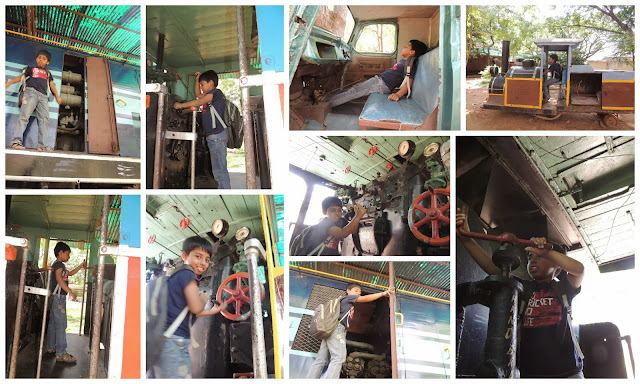 The USP of the museum, at least for kids, is the toy train which runs on rails around the park, even going through a tiny tunnel. 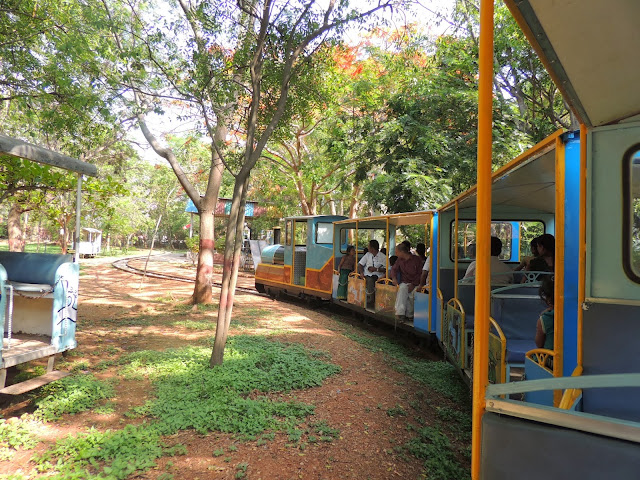 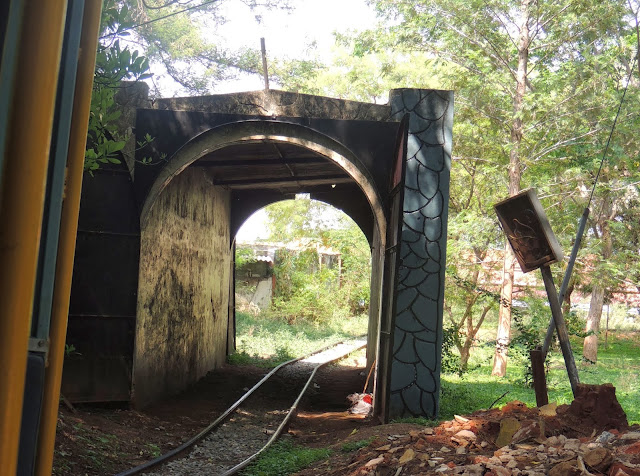 For us, however, the USP was this Austin Rail Car… 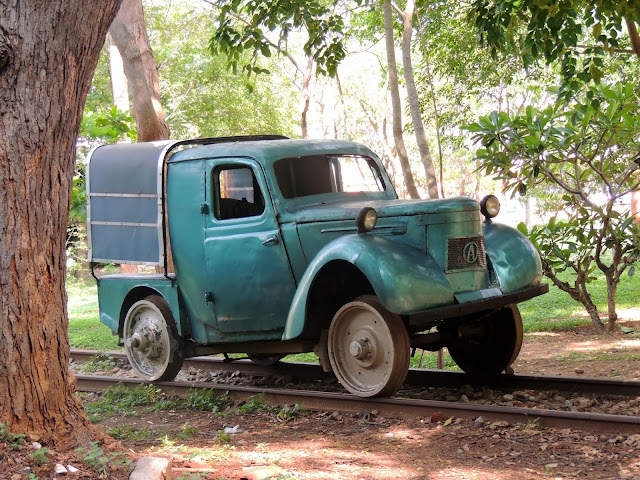 Brought to India in 1925, this was a regular Austin car, which served several owners before being sold as scrap. Eventually, it was found by a railway man who resurrected it, and also replaced its regular wheels with rail wheels, thus converting it into a railway car. It worked for years, carrying officers on inspection before finding its way to the museum. It was nuggets like these which made the museum really interesting.

There are two enclosed sections in the museum, both filled with interesting items. The Chamundi Gallery is a small gazebo like structure, filled with old photographs, drawings, letters, postcards and such items, collected over the years. 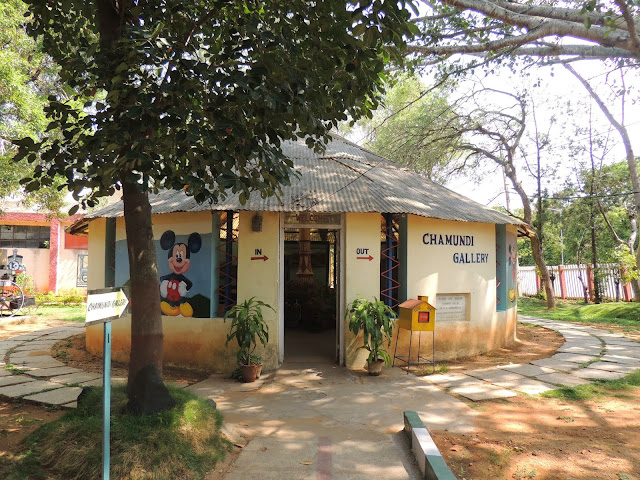 More interesting is the Sriranga Pavillion, which houses items from old trains, engines and coaches. The highlight here is of course, the Mysore Maharani’s Saloon, the companion to the Maharaja’s Saloon, which is now at the National Rail Museum, Delhi. 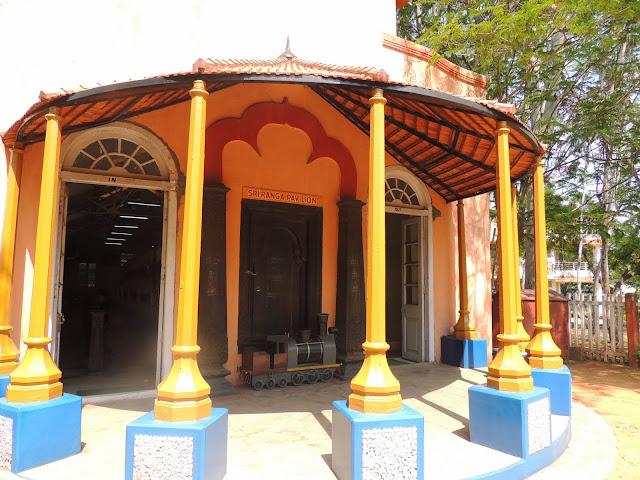 Built in 1899 at the exorbitant cost of Rs.29,508 /- , this has every comfort the royal women might need. Attached bathroom and kitchen-cum-dining car aside, the bedroom of the saloon has a gilded ceiling, fitted with chandeliers and fans! And of course, an ornate bed!

While such opulence would be expected in a royal saloon, this part of the museum also shows us what the first class coaches would have looked like, in those days… going by the accessories on display here, first class travel was truly first class!

But these aren’t all. There are loads of other interesting things.. such as this miniature railway track…. 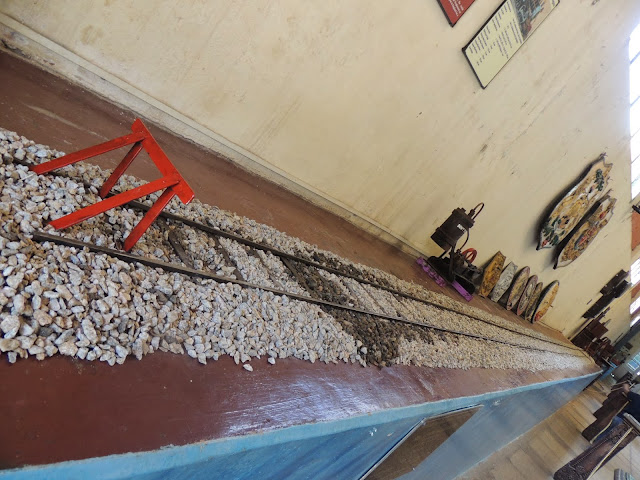 Miniature engine, to show how the steam engine worked… 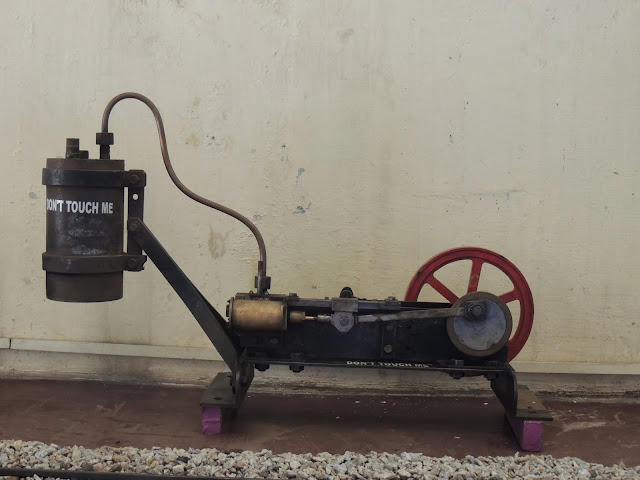 Here is a miniature goods van… 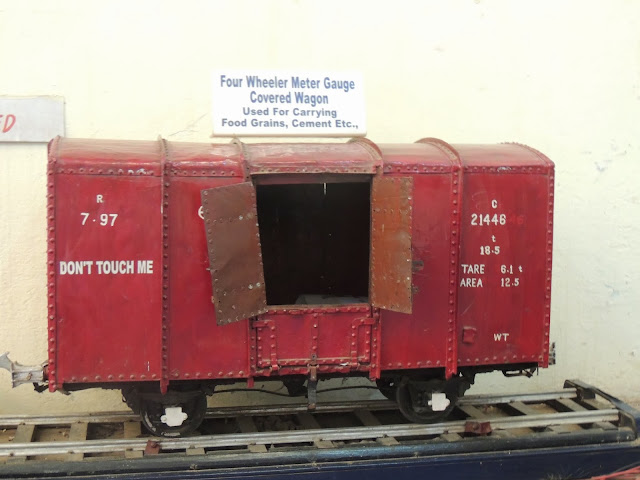 And then here are some of the actual things used in trains… to run them, such as these signal lamps and fish plates. 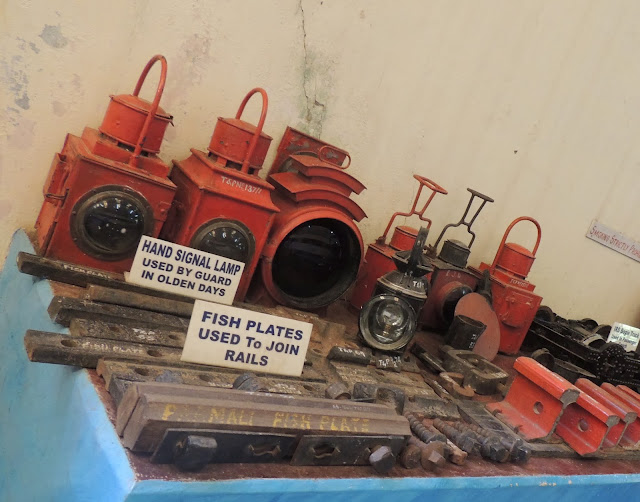 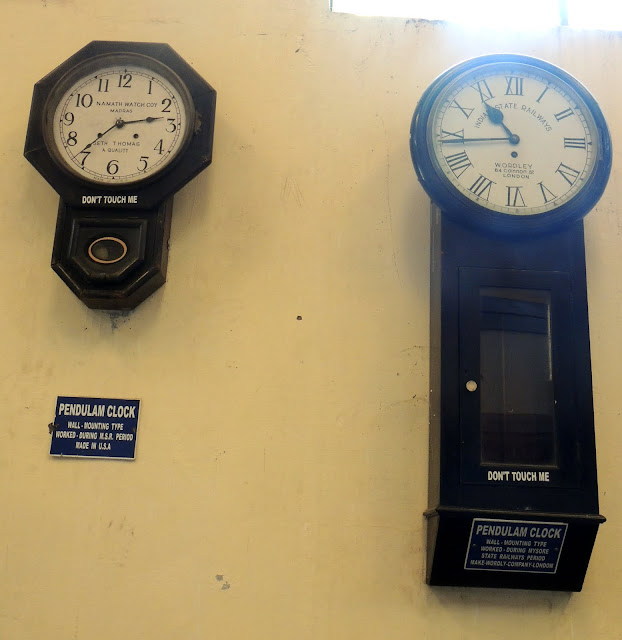 And a model of the Loka Pavani Bridge, between Bangalore and Mysore 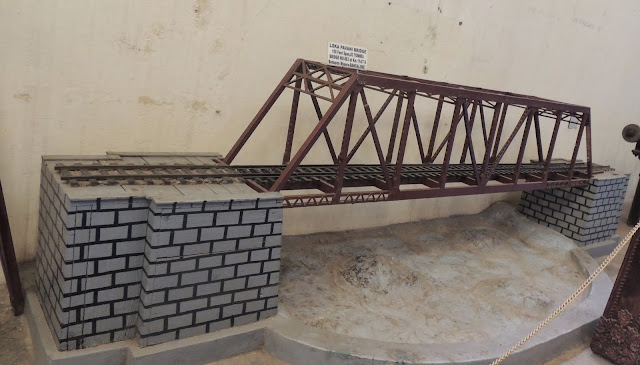 I can go on and on, and show you every item displayed here. But that isn’t the purpose of this post. The purpose was to show you just how interesting we found this museum, and, hopefully, to encourage you to visit when you are in Mysore.

Timings: The museum is open every day between 10:30 AM and 5:30 PM. During lunch, there might be no attendants around, since they go for lunch, but the museum remains open.