April 06, 2008
There is something about a jungle safari that is exciting and adventurous and at the same time reasonably safe and possible for everyone. Most of the places we have been to, on vacation, have had a forest nearby, and we have always tried out the safari. Traveling with a small kid, it is rather difficult to participate in adventure activities, and a safari is the closest one can come to adventure with a kid. In fact, to Samhith, a jungle safari is a true blue adventure. He can imagine tigers and lions lurking at every corner, and even a monkey is interesting enough for him at this stage. In no safari have we seen any wild animals--- monkeys, elephants and deer being the only animals we have seen. Shankar jokes that there are probably more panthers in Thane than in these forests, and maybe he is right. We did not, therefore, have any great expectations when we decided to go for the jungle safari in an open jeep into the Kumbhalgarh Wildlife Sanctuary. 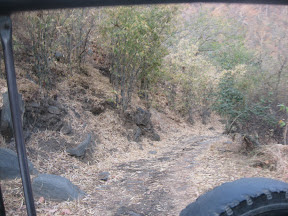 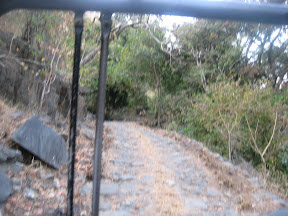 The road through the forest
Our driver, Mohammed, was a local chap, and he entertained us with stories of all the cheetahs and bears he had seen in the jungle. We started at 6:00AM., having only a cup of tea on the way. Samhith was looking forward to it, imagining all sorts of wild animals jumping out from behind the bushes, but even he lost hope of ever seeing a wild animal after an hour. Though there were no wild animals to be seen, the drive through the forest was interesting in its own way. The terrain was rough, and only a good jeep could navigate the curves and dips in the so-called road. I was surprised to see that the whole mountain was covered with bamboo, mango, Jamun, and Amla trees. But what was really refreshing was that there were absolutely no humans in sight! The forest department seems to have done a good job in keeping the villagers away from the jungle. In fact, they have employed the local youth to accompany jeeps into the forest compulsorily, and make sure no illegal hunting or cutting of trees takes place. They have also set up an aqueduct to provide water for the animals during the hot and dry summer months. There are also specific watering holes where wells have been dug, and during severe summer, water is drawn from the well, and poured into the water-holes. I don’t really know if such measures actually help the animals, or scare them away, but at least it shows that someone cares about them! 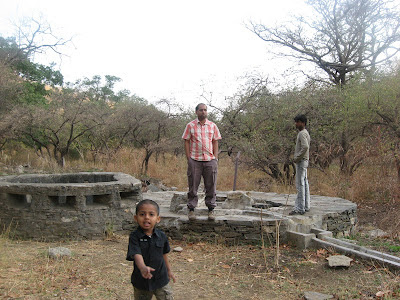 A well which is part of the aqueduct 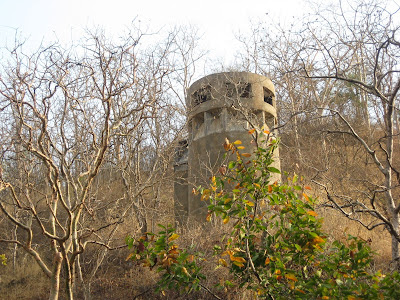 A Structure built by the kings to be used on hunts
The best part of our jungle trip was the view of the fort from the middle of the forest. From there it was obvious how huge it was, and that it could be seen from quite a distance in that direction. This sight was so impressive that Shankar suddenly had a desire to see the fort lit up from there. He spoke to the driver and arranged to return there in the evening. Surprise! Surprise! 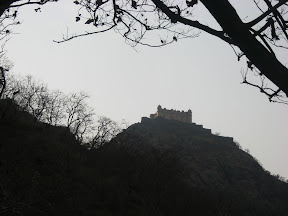 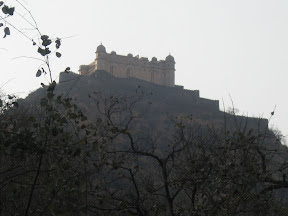 Well, there we were, ready at 4:00P.M for another trip into the jungle. The driver seemed to feel sorry for us, since we hadn’t seen any animals, and he took us a little further into the jungle this time. This path was even more difficult, but very scenic. 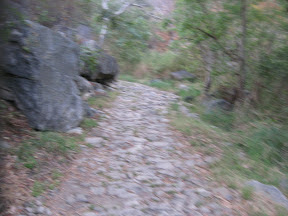 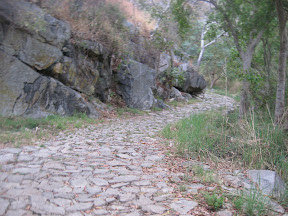 We loved the view, and were delighted when we saw a Nilgai. At last! An animal sighted! The Nilgai wasn’t really scared of us, but it kept a wary eye on us, and when we got up to get a better view, took to its heels. But not before I got a good shot with my camera. Finally, I can show my friends a photograph of an animal I saw in the jungle. 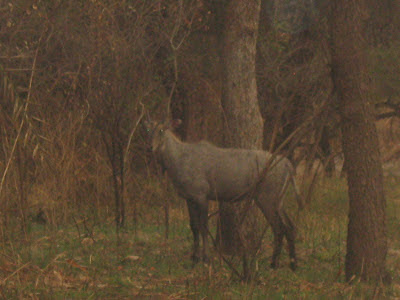 The only others we saw in the jungle were fowl. Wild fowl and pea fowl. We saw lots of peahens and peacocks, and decided that we had seen as many as were destined to, and decided to return. 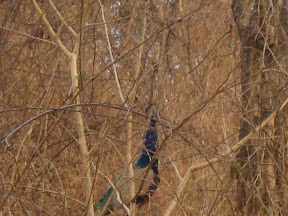 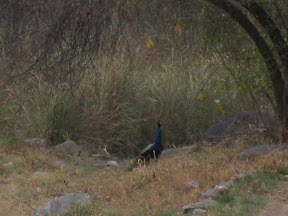 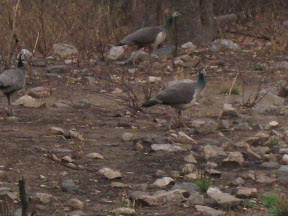 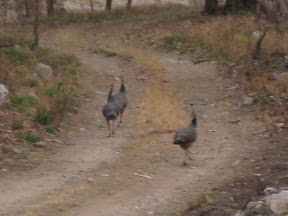 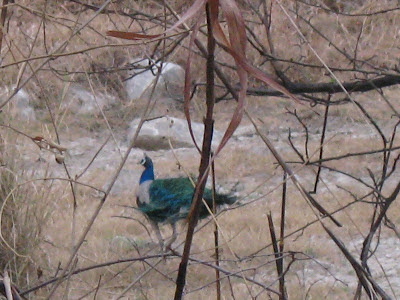 We came back to the watering hole from where we could see the fort, waited for it to be lit up, and after that, started back home. 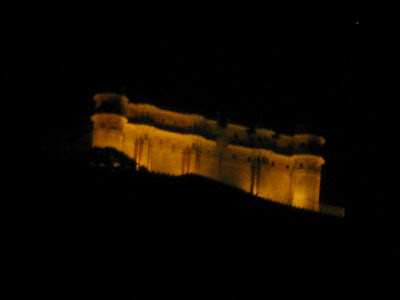 While returning, we saw a mongoose or two, and another animal resembling a porcupine. Finally, we had the blink-and-you-miss-it appearance of an animal, which the driver said was a cheetah. Personally, I wasn’t too sure….I could just make out that an animal was crossing the road. This ended our second jaunt into the jungle.

It was a memorable day. Practically the whole day had been spent in the wild. We may not have seen many animals to justify the safari but a day spent in the midst of nature is always satisfying. This is a trip I am sure to make again, whenever I visit Kumbhalgarh again! 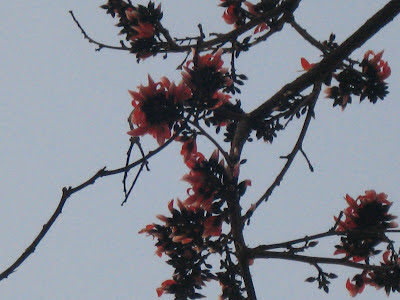 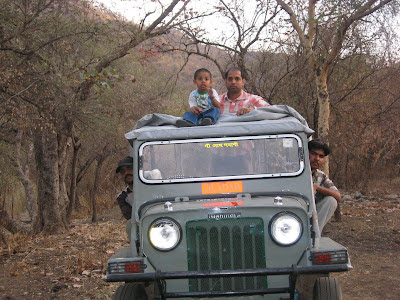