More Birds from my garden

September 04, 2009
This Ganeshotsav, Ganeshas were not the only thing I had eyes for, much as all of you might think otherwise…… during these ten days, other visitors put in an appearance, and went so far as to allow me to click them. They might not be exotic and the pictures might not be great, but, still, we were thrilled to see them!

The first visitor is one I have seen often, though never when a camera was within reach. This time, he appeared right in front of my window, and sat there long enough for me to capture his memory on film (or rather, computer!) forever. This was the Greater Coucal or Crow pheasant, called Bharadvaj. Though it was right opposite my window, it was partly obscured by the leaves, and this is the best I could do in terms of photos. 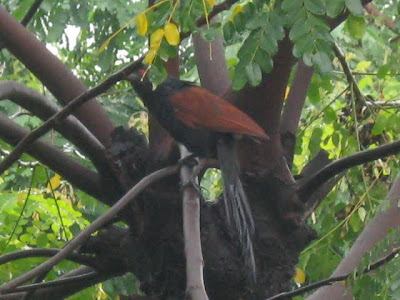 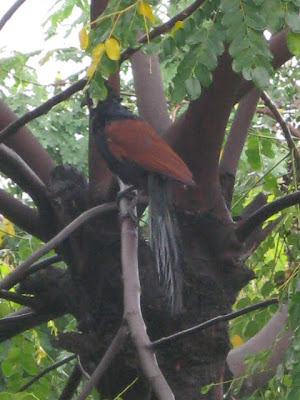 It is considered lucky to see a Bharadvaj, and maybe this old superstition is true, for the very same day, I saw two more birds, and what’s more, was able to photograph them!

The first was a pond heron, standing still in the marsh near my house, and looked at me balefully as I took out my camera (incidentally, I was carrying the camera to take pics of Ganesha!), but did not fly away till I managed to get one good shot! I flatter myself thinking that this is a good photograph, but your opinions are invited! 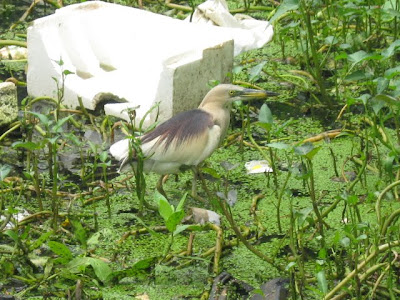 The next was a bird I had never seen before. I glimpsed it twice before I could get a decent chance at photographing it. It was late evening, and in the dense foliage, this was the best I could do with my digital camera. I have tried to improve this photo with the meager tools at my disposal, and here are the results. I would like to know your honest opinion on this photograph. 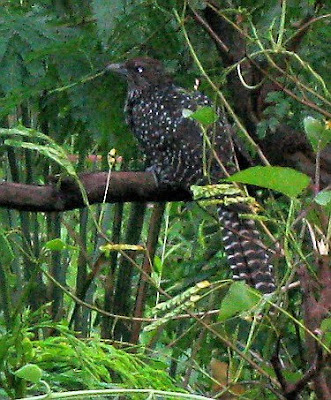 I think it is a female cuckoo or koel, but I am not too sure. Can somebody please confirm this for me??


Interestingly, after I had finished writing this post and saved it for publishing after Ganeshotsav, I got some more beautiful snaps of some birds which frequent our colony. They are all just the common ones, not very special, but they add their touch to the natural beauty we live in.


A couple of red-whiskered bulbuls… 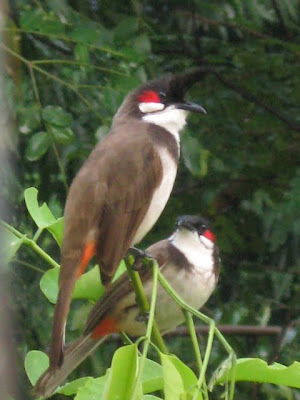 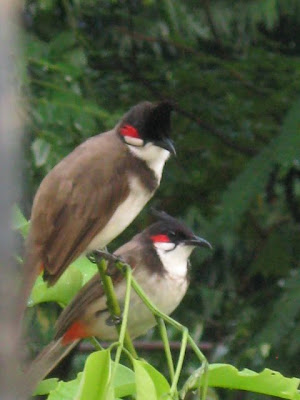 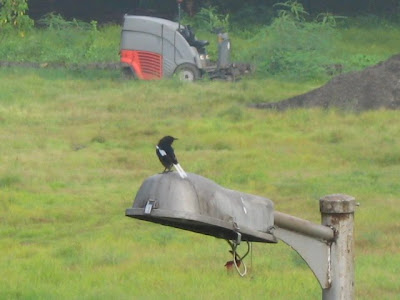 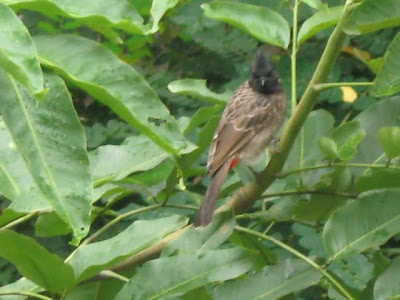 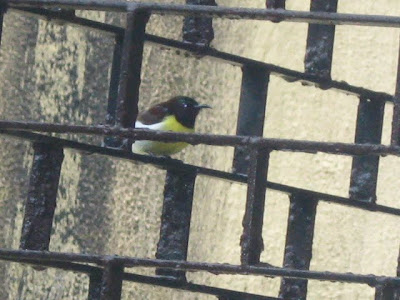 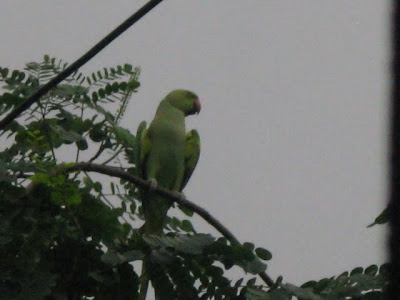 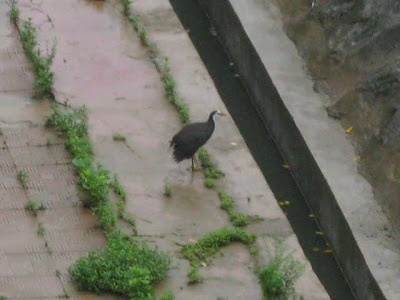 And finally, another Bharadvaj……this one was spotted by Samhith just yesterday, and he wanted me to make it clear to everyone reading this that it was he who saw it first……(Usha, this is for you.... he will surely ask you if you saw the bird that he noticed!) 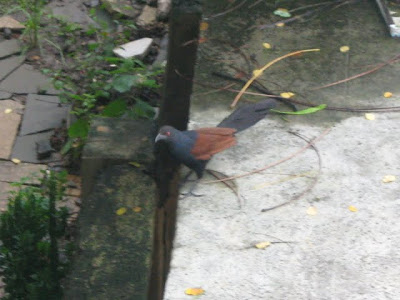