A journey to the heart of India - Glimpses of Ujjain


The ad for the MPTDC (Madhya Pradesh Tourism Development corporation) says “ ih<dustan ka idl deoae”, in English – “Come and see the heart of ”. This is the line that keeps cropping up as I walk along the busy streets of .

might be a modern city today, with developments happening all over, but at heart, it remains the spiritual capital of central – a position it holds since ancient times. This is one of the twelve mokshapuris in – places where it is believed that one can get deliverance from the bondage of life and rebirths. These are:  Kashi (), Ayodhya, Kanchi (Kanchipuram), , Mayapuri (Haridwar), Dwaraka and Avantika (). 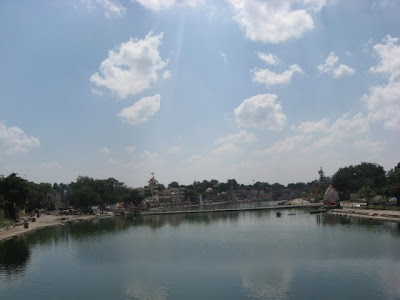 At the very first glance, the similarities between Kashi and are apparent – the is to what the is to Kashi. On one side of the river are Ghats with temples built by people of all sects from all over , every temple with its own legend and story to support its existence and importance. 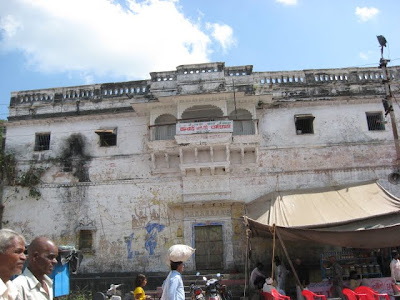 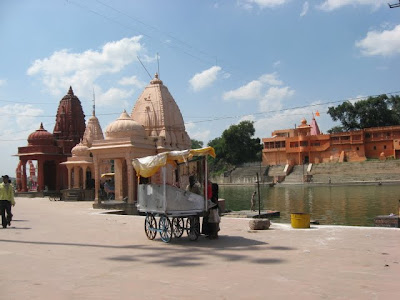 Again, as at Kashi, one of the most important Ghats is the one where funeral pyres burn day and night and an especially interesting fact is that till recently, the hot ashes from one of these pyres used to be the main offering to Mahakaleshwar – the lord of this region, who is said to be the true king of the city. 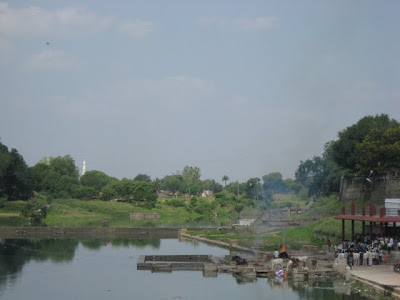 Also adding to the similarities are the streets filled with shops selling milk and milk products. We were there the week before Diwali and the city was all geared up for the festive season – lights and decorations all over the place, homes and shops all decked up, beautiful clay diyas (oil lamps) and clay idols of Ganesha and Lakshmi (for the Lakshmi puja on Diwali) at every corner, and of course, the aroma of desi ghee (clarified butter) which pervaded the atmosphere thanks to the sweets getting ready for the feasts, was enough to overcome any pangs of guilt of a dietary conscience……….. 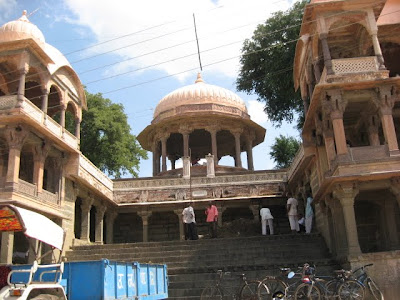 Another interesting thing about is the assortment of vehicles which greet you at your arrival – auto rickshaws, cycle rickshaws and some kind of modified tempos (sometimes called "Vikrams" )which carry more people than they are designed for, and hence are the cheapest and most convenient mode of transport at .

While I take my time writing in detail about the places I visited, here are a few useful facts about the city:

is situated in the state of Madhya Pradesh at a distance of about 180 Kms from the state capital, .

The nearest airport is at , 53 Kms away.

is an important railway station on the western railway and is well connected by train to all the major cities in .

There is no dearth of options for accommodation at .

MP Tourism has two hotels - Shipra residency and Hotel Avantika (Yatri Niwas). The first is a 3 star accommodation and the second is a budget one, mainly catering to the pilgrims who throng the city. Bookings can be made online.

There are plenty of hotels near the railway station as well as the temple, catering to all budgets. We stayed at the Kabir Hotel, right opposite the railway station, simply because my in-laws had already stayed there before. This is a simple and clean hotel with an attached restaurant which serves typical north Indian cuisine. Double rooms cost Rs. 600/- while they also have four bedded rooms costing Rs.1000/-.

The Mahakaleshwar temple authorities have recently built rooms, both AC as well as non AC, and these rooms can by booked by phone. Call them up at 0734-2550563. These rooms are within the temple compound, and are well maintained and comfortable.

Ujjain is a city of temples, where we come across ancient ones at every nook and corner. However, there are around 13 of them which are considered the most important.

There are other interesting places too, such as the observatory and the . While the former was on our route and we were able to visit it, the car driver firmly refused to take us to the palace saying that there was nothing of interest there. Since I have returned, I have read numerous accounts of the palace and wished I had insisted a bit more.

A visit to all these temples takes about 3-4 hours. MP tourism conducts daily tours to all these places by a mini bus at extremely affordable rates, and even a tour of the entire city by car costs about Rs.500/-.