The Elephant of Elephanta

October 13, 2012
The first time I visited the Elephanta caves, I remember being told that the caves were so named because the island on which they stood resembled an elephant. It was only much later that I learnt that the name came, not from the imagined shape of the island, but from the sculpture of an elephant which once stood at the jetty welcoming visitors to the island. 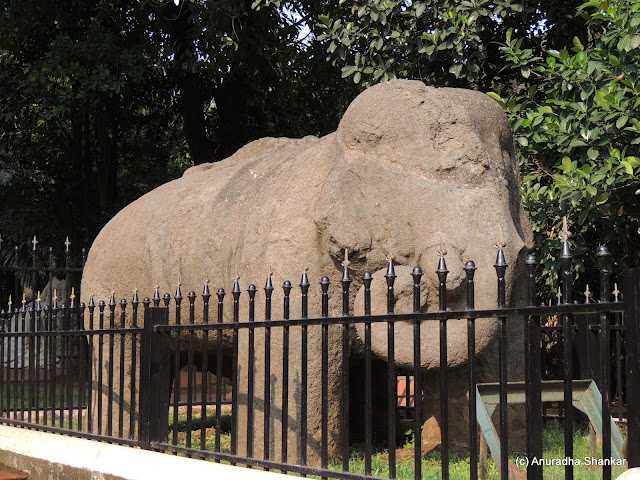 The elephant sculpture was probably  installed by the kings who built the cave temples, but they were first noticed and mentioned by the Portuguese invaders. 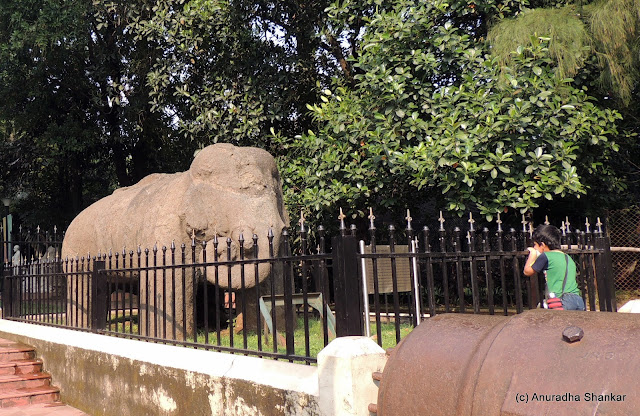 When the British arrived, they tried to take the elephant back with them to England, but the crane carrying the sculpture broke and it shattered. The pieces were brought to the gardens we now know as Jijamata Udyan in Byculla, where they were put together. 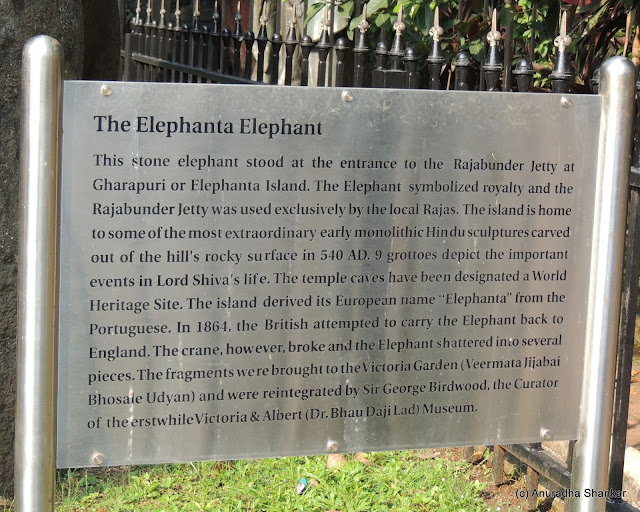 And that is where the elephant stands today. At the Jijamata Udyan in Byculla, just outside the Bhau Daji Lad Museum. 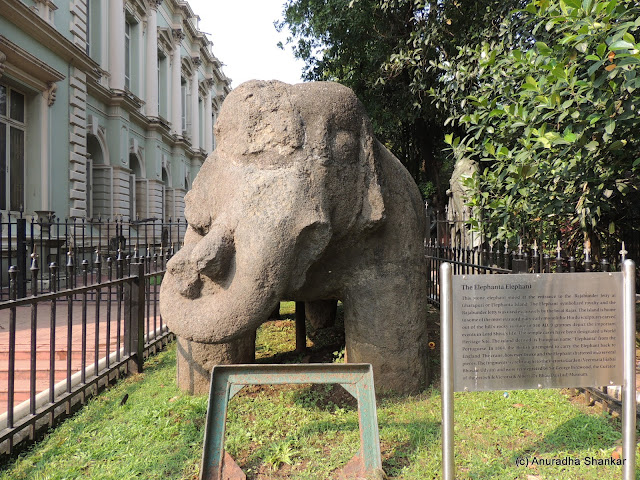 Today, the Elephanta caves is a UNESCO World Heritage Site. The elephant deserves to be part of that distinction too. Unfortunately, its state probably prevents it from being restored to its original site. However, it is worth making a trip to Jijamata Udyan to see this relic of our history.

P.S.
Knowing all this still doesn't stop me from looking out for the imaginary elephant shape of the island every time I visit Elephanta!! How the stories of our childhood stay back with us!