October 15, 2013
"Amma, that is a vulture!!" Excited shouts like these are common with Samhith when we are on the road.... The only thing is, he has an hyperactive imagination, which turns crows into eagles and kites into vultures! However, we have an arrangement. If he sees anything interesting, I am to stop and pay attention, and if I tell him I want to show him something, he does the same. And so we stopped by the roadside to take a closer look at a bird perched on a boulder. 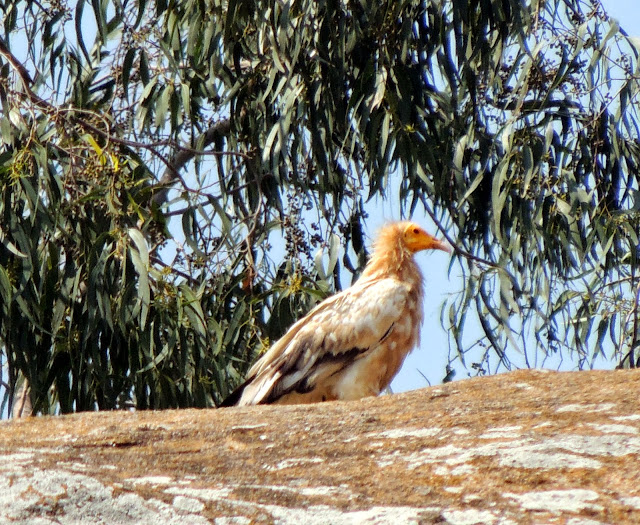 This was somewhere near Mysore, and having seen so many birds along the way, excitement was high, and only increased when we realized that yes, indeed it was a vulture!!! 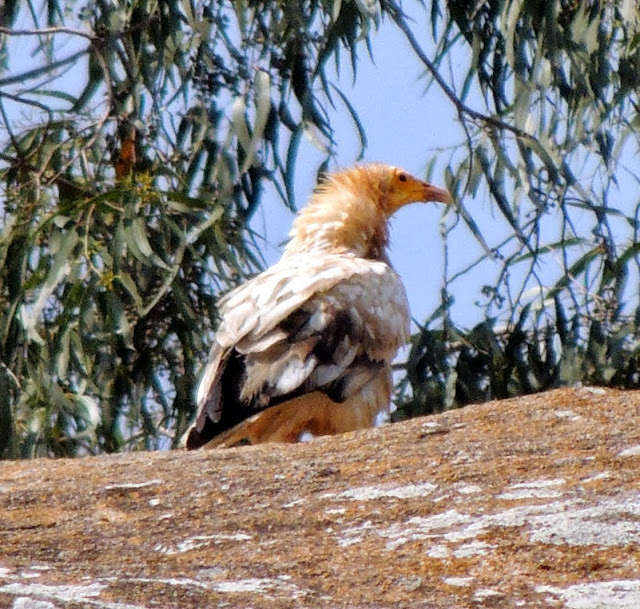 The Egyptian Vulture is found across Southwestern Europe and Northern Africa to India. At one time, it must have been a common sight, but today, the numbers have greatly reduced, and are further dwindling by the day. 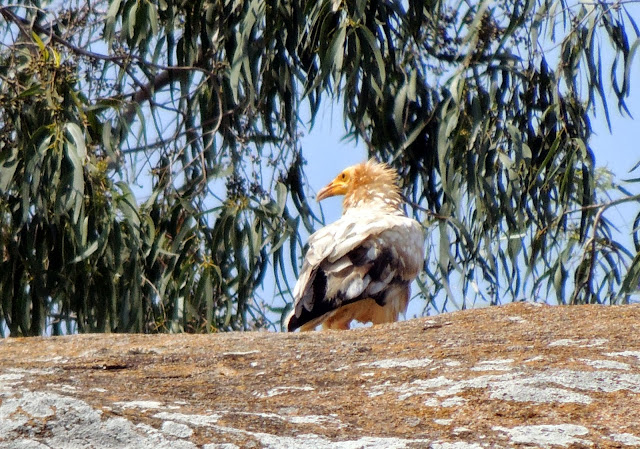 My knowledge of birds in general and vultures in particular is rather sketchy, but a quick read on Wikipedia brought forth a bit of interesting information. Such as, the fact that the bird was considered sacred in Egyptian mythology, and was thus protected, and common on the streets of Egypt during the period  of the Pharaohs, giving it the name 'Pharoah's Chicken!" 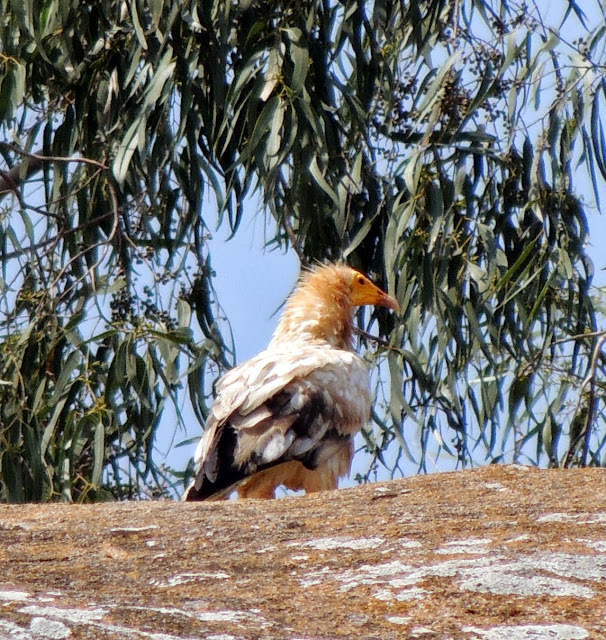 This seems to be an opportunistic bird, feeding mostly on carrion, like other vultures, but also preying on small mammals, birds and reptiles when the opportunity beckons! They also apparently feed on eggs of other birds, ingeniously breaking the larger ones by tossing pebbles on them to break the shell!


Even while we stopped and enjoyed our first sighting of the vulture, the only thing that I could think of, was the Diclofenac poisoning that had endangered these birds. I don't think anything brings out the poignancy of the situation faced by these birds better than this cartoon by Rohan Chakravarty of Green Humour. I have been reading and enjoying Rohan's blog and his cartoons and caricatures for a long time now, and I  think some of you might enjoy it too!