January 17, 2013
Shahjahan built a monument for the love of his life – his wife, Mumtaz Mahal. The monument has come to symbolize love over the centuries. His son, Aurangzeb considered his father’s love of luxury and opulence with contempt, and chose an all too simple lifestyle dedicated to his religious beliefs. It was probably inevitable, considering that years of decadence had seriously depleted the royal coffers. None of the rulers after Aurangzeb managed to make their mark on Indian history – neither with their conquests, nor with construction. One of the prime examples of this is the Bibi Ka Maqbara. 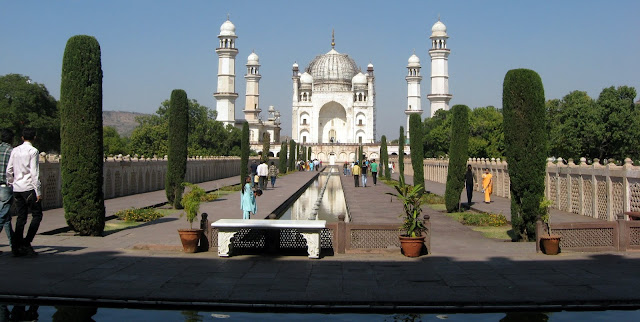 The Bibi Ka Maqbara was built by Azam Shah, the oldest son of Aurangzeb. This was his attempt to rival the Taj Mahal built by his grandfather, albeit in memory of his mother, Rabia Durrani, the first wife of Aurangzeb. Unfortunately, he lacked the treasury his grandfather had access to, as well as the skilled labour the treasury bought. Today, the Bibi Ka Maqbara is simply a replica of the Taj, and is popularly known as the ‘Deccani  Taj’ – the Taj of the Deccan. 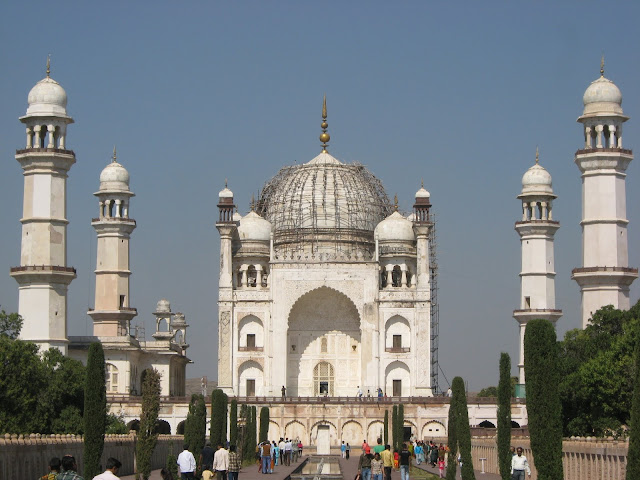 Azam Shah’s only claim to fame is the Bibi Ka Maqbara. He was the son of Aurangzeb, but he was Emperor of India for a very short time – a period less than three months! He declared himself emperor after the death of his father, but within three months, he was defeated and executed by his brother, Shah Alam. 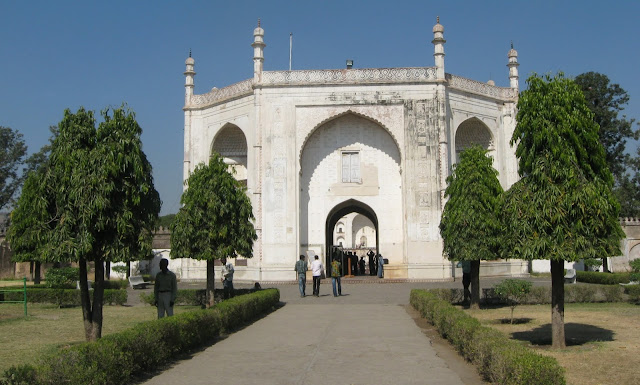 Seen by itself, the Bibi Ka Maqbara is a beautiful piece of work, but it pales in comparison to its famous forbearer. 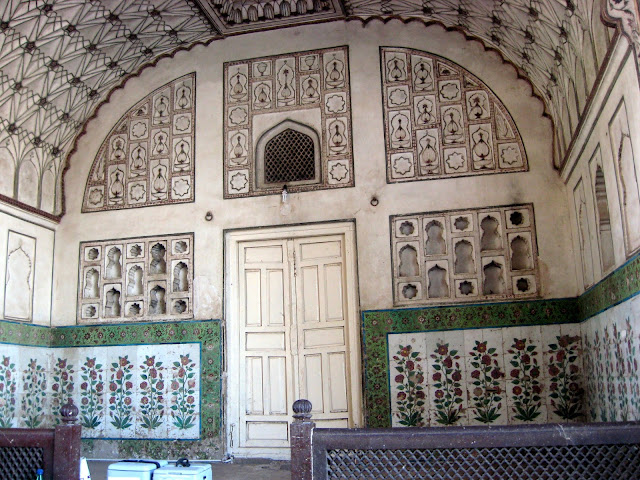 While I am neither an architect nor an architectural expert, there is just something about the proportion of the structure, at first sight, which makes it appear a poor cousin of the Taj. Incidentally, the structure isn’t much younger than the Taj. Construction of the Taj Mahal was completed in 1653, while the Bibi Ka Maqbara was built sometime between 1651 and 1661. The difference lies not in age, but in detail and opulence... especially the latter. It is said that while the Taj Mahal was built at a cost of approximately 32 million rupees, the amount allocated to Azam Shah for the Bibi Ka Maqbara was a paltry 7 lakhs! 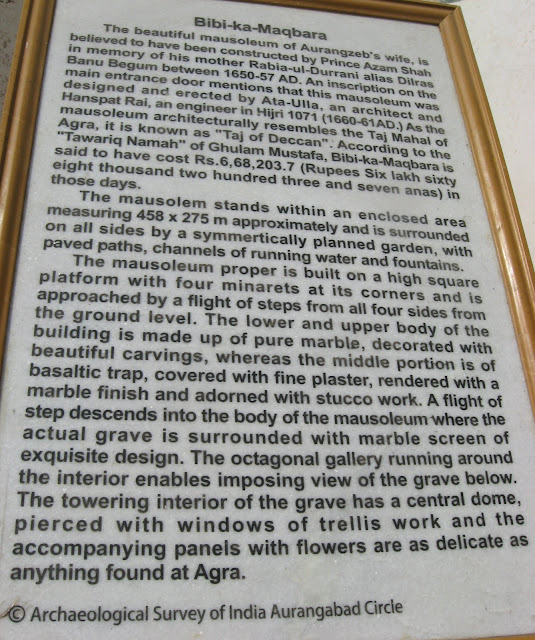