A Festival and a Press Conference

January 28, 2013
Being stuck inside a bus all alone can be scary. Especially considering the times we are living in. I wondered whether I would be better off getting out, but the situation outside did not look too good either. In sharp contrast to the interior of the bus, the outside was filled with people – loud, hooting bands of guys filling trucks, tempos, and whatever vehicles they could find. I decided I was much safer inside, with the driver and conductor alone for company. For the umpteenth time, I wondered what I was doing, late in the evening, stuck in a bus, on my way to a press conference I wasn’t sure I wanted to attend! 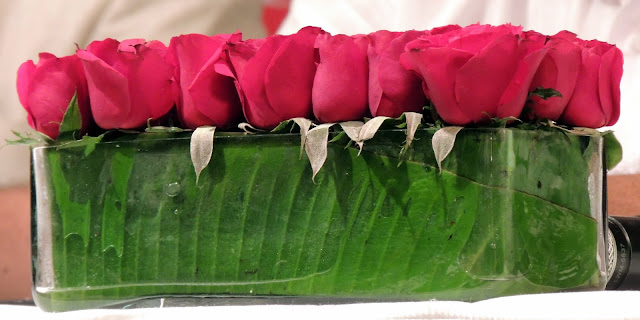 The invite had arrived just a couple of days earlier, and I found myself tempted to attend. It was to announce the launch of the Goa Carnaval, which was interesting, but what would I do at a press conference? Eventually I agreed, considering that it would be an experience of sorts, and besides, I could probably meet a couple more bloggers too!

In all the excitement, coupled with the fact that everyone at home went to work / school as usual, I completely forgot the fact that it was a public holiday – on the occasion of Id-e-Milad! Too lazy to stand in a queue for a ticket at the railway station, I had opted for the cool comforts of an AC bus, and hence had found myself in this situation – with flyovers closed, diversions due to the Id procession, and roads jammed with revellers celebrating the birthday of Prophet Muhammad.

I was stuck in the bus for over 2 hours, as the irate driver slowly managed to steer his huge bus through the narrow lanes before finally managing to drop me at my destination. No, I did not click any photos, though I did have my camera with me, since I really didn't want to draw any attention to myself in all that chaos!

I eventually reached the venue of the press conference, about half an hour late, (that tells you how early I left) thanking my stars that I wasn’t the last one to arrive (those of you who know of my obsession with punctuality will understand)! And then, I met Nisha, Vamsee, and Bindhu, and all the travails were forgotten, as we first listened to the announcement of the Goa Carnaval, and later, enjoyed a peaceful mini-blogger meet by ourselves!

The carnival (carnaval in Portuguese) is the annual 4-day celebration that begins on the Saturday before Ash Wednesday, heralding the 40 day Lent period of penance and abstinence before Easter and the Resurrection of Christ. The carnival is celebrated in various countries, but the most popular one is at Rio, Brazil. Goa, with its Portuguese historical background, has its own carnival, which the Goa Tourism department is now trying to popularize. This year, the carnival falls between the 9th and 12th of February, and promises to be a bigger spectacle than ever.

Floats are, of course, the most prominent at the carnival, and are led by the carnival mascot, King Momo. This year, however, the tourism department plans to broaden the event, adding more colour and fun to the event, such as fashion shows, food fiestas, and of course, the ever popular Bollywood celebrities. It is also expected that some other states will also participate. In reply to questions, we were told that there would be an increased representation of Goan culture, food, and handicrafts, and that there is also the possibility of more interactive events. The government and the tourism department also assured us that pains will be taken to ensure safety of tourists, especially women.

You can find out more about the Carnival here.

From what we know from our experience of festivals in India, crowds tend to be unmanageable, as I experienced on my way to the conference. Any festival on a large scale needs not just infrastructure and security arrangements, but also responsible citizens, which, unfortunately, we are often short of.  As I listened to the arrangements to be set in place for the carnival, all I could think was to hope that it all just works fine, without any untoward incidents...

However, the press conference was also interesting in other ways – for example, I learnt that some areas in Goa have a procession during Holi, and that the Narakasur festival was celebrated on a grand scale during Diwali – both of which were news to me! I have been unable to get more information about the former, but the latter does seem to be an interesting festival – with an effigy of Narakasur being burnt the day before Diwali. (Narkasur was a demon who was killed by Krishna and Satyabhama the day before Diwali, and in the south, this is the reason for the celebration, though I don’t know of Narakasur being burnt anywhere else). I don’t know if I will be able to attend the carnival this year, but now I know where to plan my next Diwali vacation!