January 26, 2013
Sitting in our room at Mashobra, every morning, around 10, we could hear the distant sounds of a band. The day we went on a trek, we learnt that the sound came from the Government school at Mashobra. 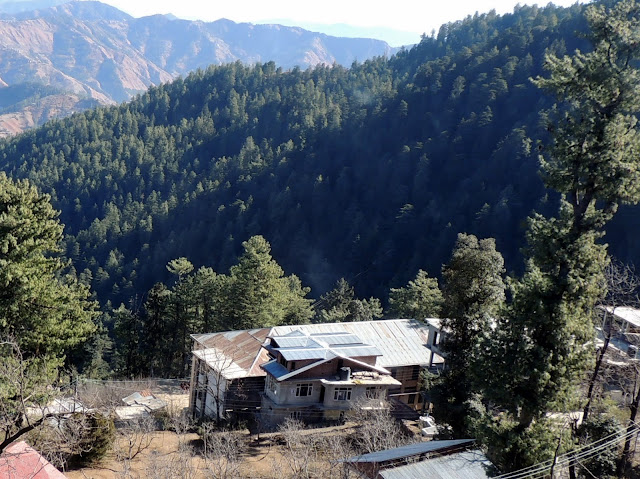 A couple of days later, I was sitting by the window, basking in the heat of the sun, watching the play of shadows on the mountains, when I glimpsed some activity below.... 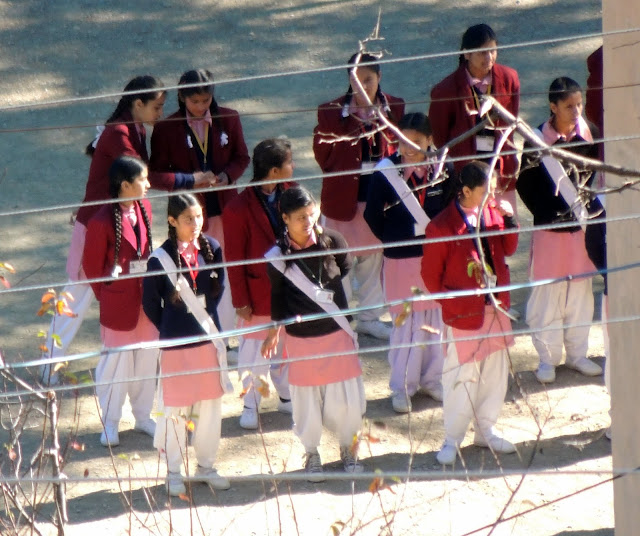 A group of girls were standing in rows, and soon, I realized what it was all about – they were practicing their march past! 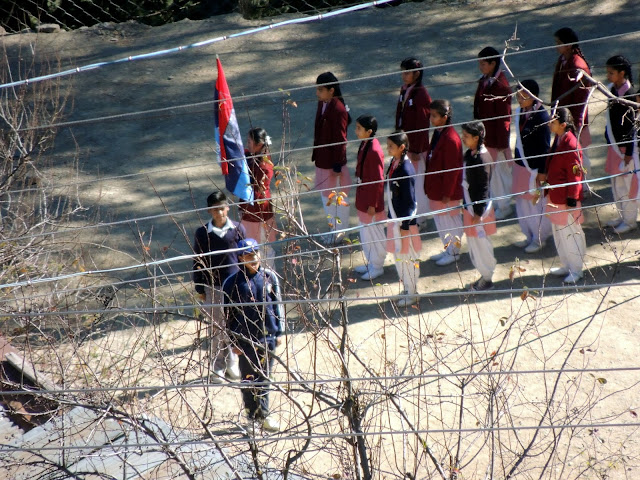 As, over the next hour or so, I watched the children practice.... 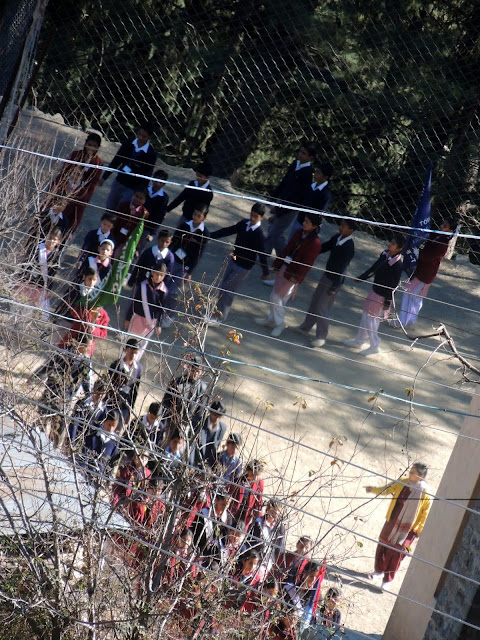 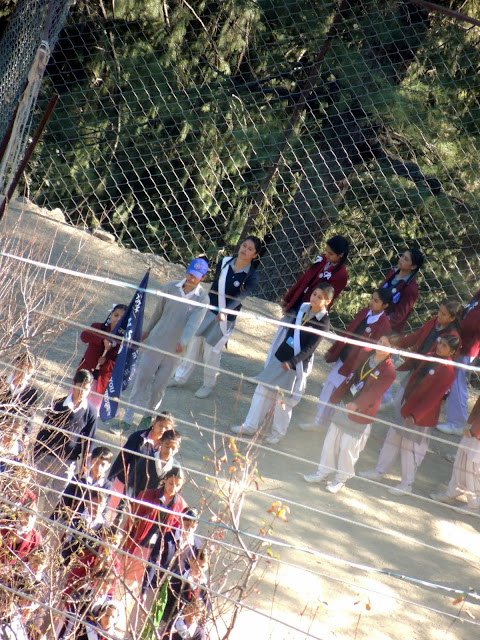 I was reminded of the time I was part of one of these groups... years back, in school.... Except, none of our teachers ever had a stick in their hand! 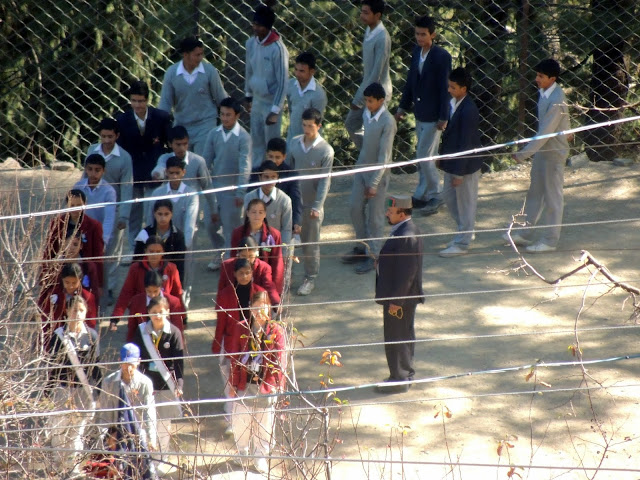 I just hope he did not use the stick for any punishment! 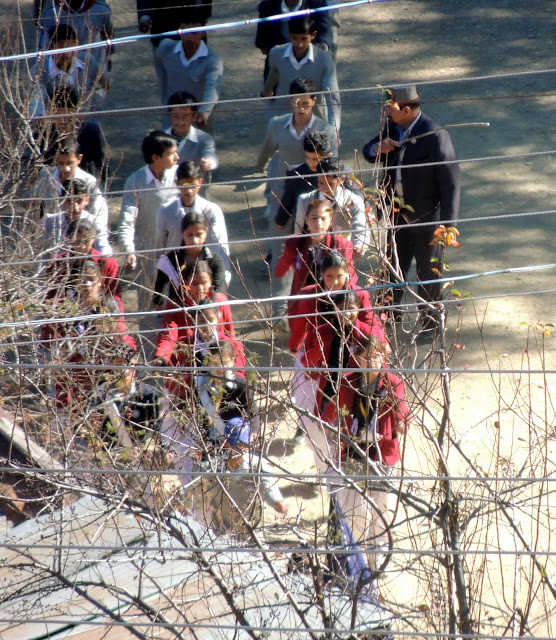 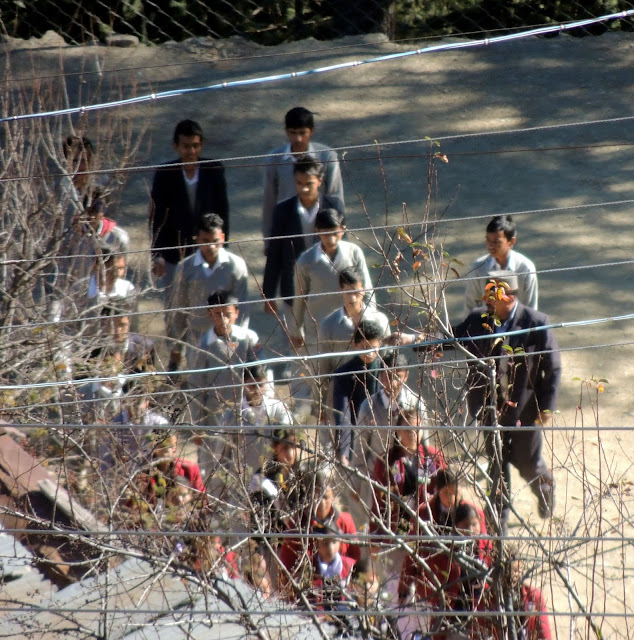 Last week, as I watched my son marching as part of their sports day events, I wondered about these kids... what were they practicing for? School in Shimla shuts down for the winter. They couldn’t possibly have any sports events in such weather... Maybe they were practicing for Republic Day? Wouldn’t they have their holidays though? Maybe the kids were called to school during the vacation for the Republic Day ceremony!! 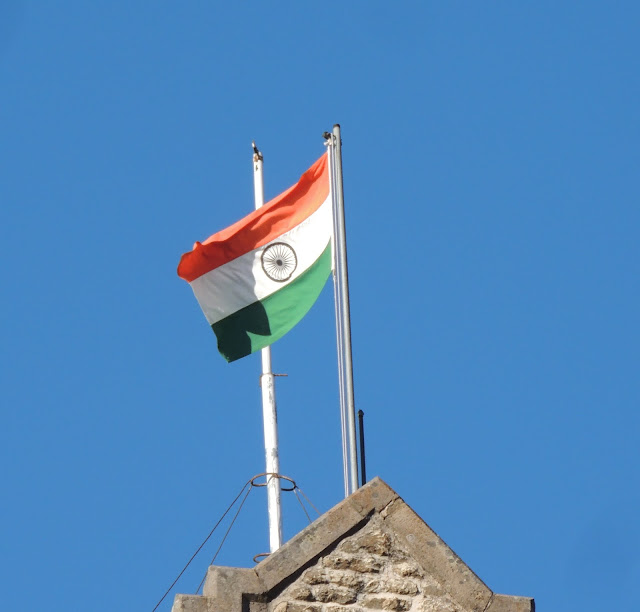 That set me off on a whole new train of thought. Today, as we celebrate Republic Day, the day our constitution came into effect, most of us are at home, enjoying a holiday. There was a time when I used to wake up early and stay glued to the TV watching the Republic Day Parade, wishing I could be there, but today, I have a hard time even convincing Samhith to watch the parade. And it’s not just me. I can hardly see anyone else watching it either! Many of the kids I know would much rather stay home than go to school and hear a bunch of talks on freedom fighters they don’t even relate to. No matter how many stories they hear, how many books they read, their struggles don’t seem to inspire the admiration I felt at the same age. And it saddens me. I would so like Samhith to appreciate the fact that we owe our independence to so many freedom fighters, that our constitution is such a beautiful piece of work, giving us the right to live our life the way we want to, but above all, be able to march past, and proudly salute our National Flag, not as a chore, not as an event, but with pride in his country! Is it too much to wish for? What do you do to instill patriotism in your kids?