January 11, 2013
When we arrived at Narkanda, the sun was high in the sky, and really bright. I cursed it at first, because I could hardly click a decent photo with the sun in my eyes.... 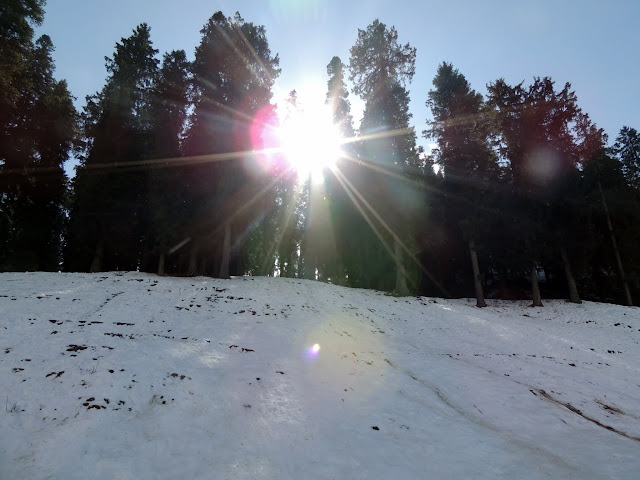 As it turned out, we were thankful for its presence that day, even though it stayed for just an hour or so. As we forgot ourselves playing in the snow, we only realized its disappearance once we were done, and futilely wished it back!

P.S. Narkanda is about 60 Km from Shimla and is a popular skiing destination.

The photo isn't as good as I hoped, but it happens to be a memorable one. For better photos of the skies from around the world, go to Skywatch Friday