July 13, 2011
Have you ever wondered about the difference between pigeons and doves? I have, and when I thought of doing a post on the doves I photographed at Mount Abu, this was the first thing that struck me. A quick search revealed that it is simply a matter of nomenclature - the smaller ones are called 'doves' and the bigger ones 'pigeons' (in most cases, that is.. of course, as with every rule, there are exceptions!)

The pigeons which haunt our house, looking for a nook to build their own homes are so common that I never feel the urge to capture them on camera. Doves are quite common too... at least some varieties, and we see them wherever we go. However, they look so graceful that I can't resist photographing every single one I see.... This is meant to be a photoblog of the doves or pigeons I have photographed, so without more ado, here I go.... 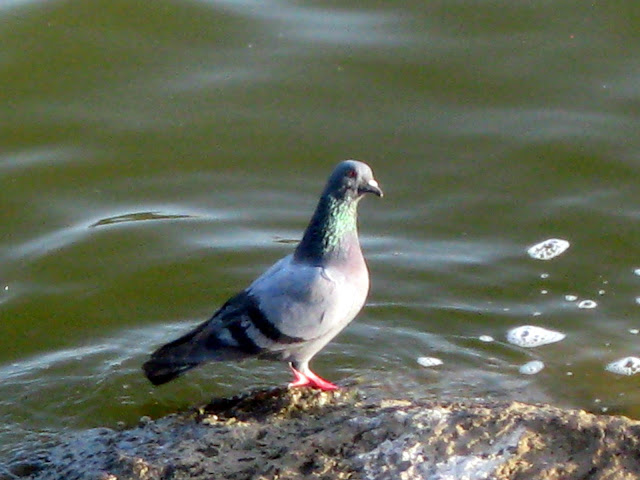 I photographed this one at Mount Abu after taking so many pics of doves, simply as an afterthought... when I realised that I didnt have a single photo of a pigeon with me!

This one is called the 'Laughing dove' or 'Little Brown Dove'. The second name seems more apt, for this little bird is just, well, small and brown! 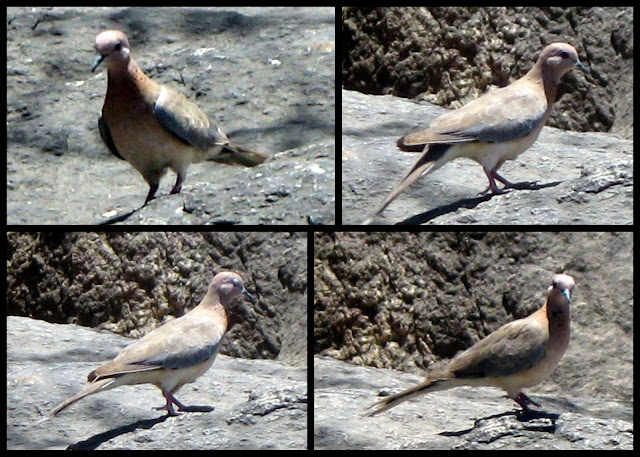 And here is the 'Spotted dove', getting its name no doubt from the spotted collar it sports! 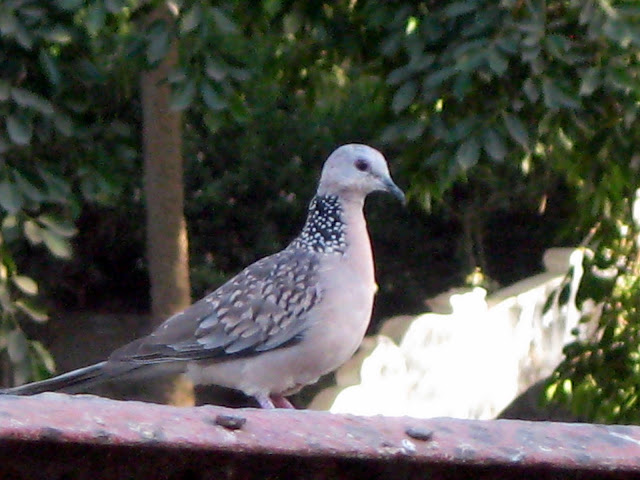 Then there is the Eurasian Collared Dove... again named for its 'collar' around the neck! 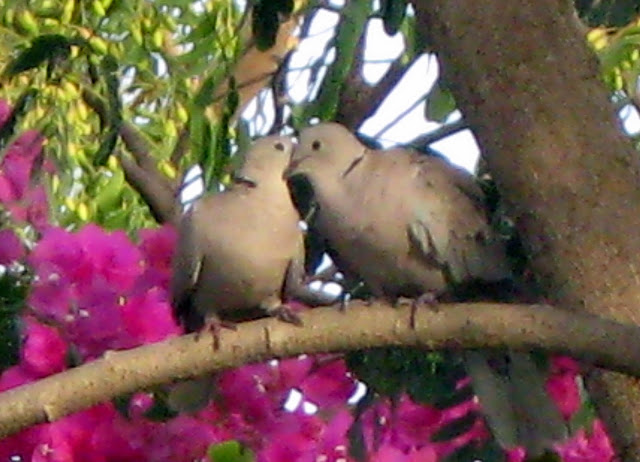 But here is one of the most beautiful ones I have ever seen - the Emerald dove. 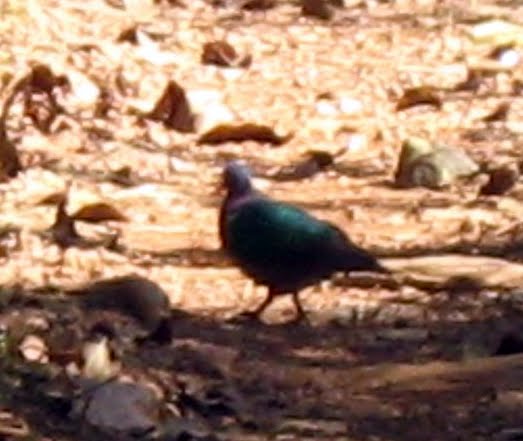 We saw this bird while staying at The Hermitage Guest House, at Belgaum, Karnataka. The photo is unfortunately not as good as I would have wished, but then I just coudnt write a post on doves without mentioning this one!

Recent Bird Posts on my blog...