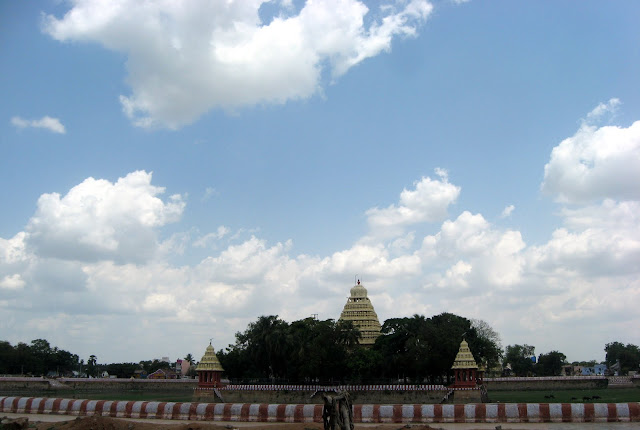 This temple is built in the centre of a tank next to the Mariamman Temple at Madurai. Called the Mariamman Teppakulam, this is where the annual float festival (Theppotsavam in Tamil) takes place.

One of the largest temple tanks in southern India, this one measures about 1100 ft by 950 ft. The island at the centre has a garden with a temple enshrining Lord Ganesha. It was built in the 17th century, and is connected to the river Vaigai by underground channels! Unfortunately today, neither the river nor the tank has any water! The Teppotsavam or float festival is celebrated in the month of Jan/Feb, when the main deities of Madurai - Meenakshi and Sundareswarar are brought here in a grand procession and taken in a float around the temple.

For more beautiful skies from around the world, go to SkyWatch Friday!