July 28, 2011
I have written earlier about how we have become interested in insects thanks to photography and blogging.... Of late, however, there has been a change. These days, Samhith no longer calls me to take a photo of an insect. He simply takes my camera and tries it himself! Of course, many of his attempts did not bear fruit, but here is one of his successful endeavors..... 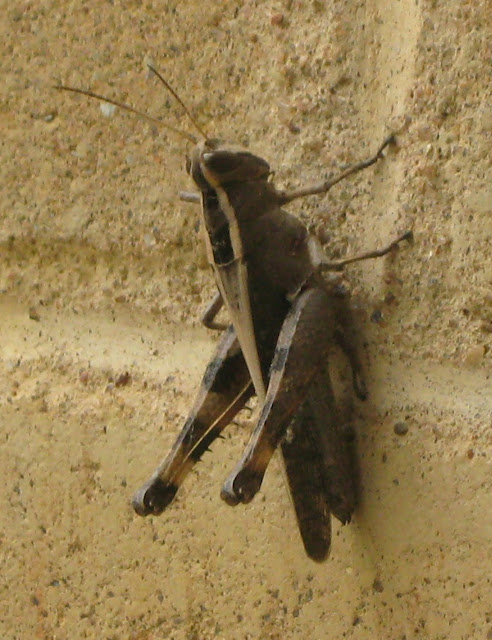 He saw this grasshopper cricket at Auroville while I was busy buying things in their shop. He rushed to me, took my camera and ran off. My arms were full of things I had collected, and I couldn't run behind him, and just hoped that he wouldn't break it! I didnt pay much attention either when he told me he had photographed a grasshopper, and it was only when I downloaded all the pics that I realised that he had captured it beautifully! I have done nothing to these pics except cropping them, so you can see that his photography skills are improving! 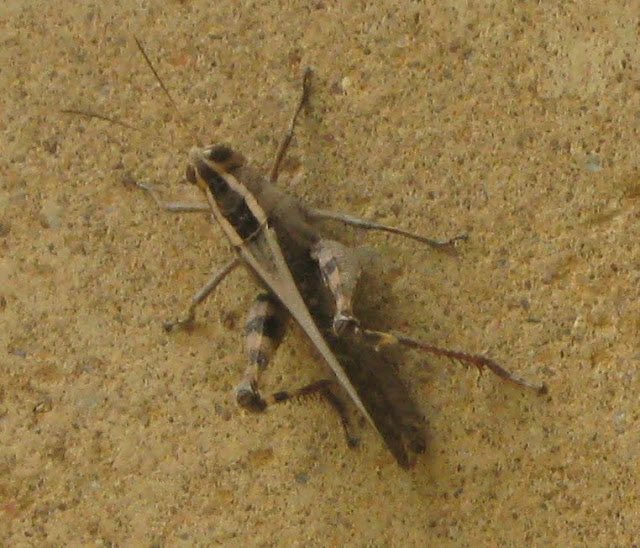 He is now waiting for me to buy a DSLR so that he can take over this one! Of course, I wonder how long it will take him to get bored of this and set eyes on the DSLR!!!

Thanks Indrani, for pointing out that this was a cricket, not a grasshopper!!